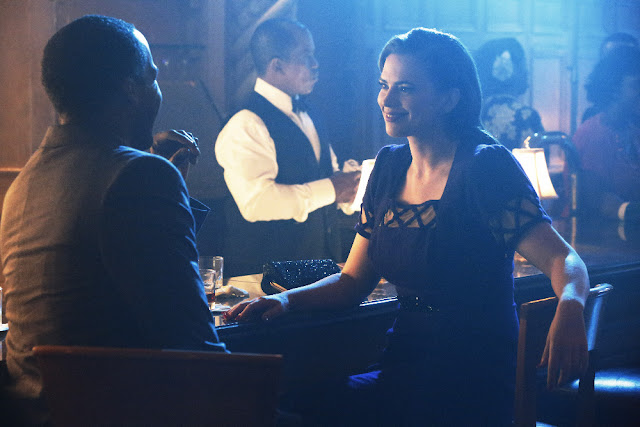 'Agent Carter' became ABC's best Marvel show in its rookie season by balancing exciting spy action with deconstructing patriarchal sexism. Peggy Carter was continually underestimated and dismissed despite being the smartest agent in the room. Peggy went about her business and proved her mettle over and over during the first season. It didn't stop her boss from taking credit for it all but Agent Carter had arrived and there was no ignoring her value any longer. Her success in New York is what takes her to Los Angeles where she finds a different world of sexism but also tackles racism of the 1940s.

'Agent Carter' star Hayley Atwell was interviewed by The Hollywood Reporter and touched on different subjects regarding the upcoming season. She describes the awkward working relationship with Agent Souza who it seemed at the end of the first season that there was a mutual attraction. She explains the different dynamic of being in L.A. versus New York and how a new African-Amercian love interest is derived from the comic books. 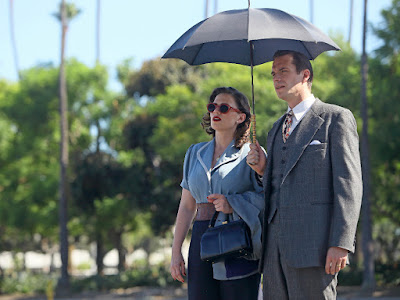 On being in Los Angeles and Peggy's head space in season two:

The tone of it, the brightness, the blue skies and palm trees, and also the fact that that's reflected in the costumes since you need to wear less of them because it's a bit hot, the whole look of it is so much lighter. And that also is reflected in Peggy's internal world. She's gotten to quite an advanced stage at the SSR in New York and she's allowed to get on with her job now. She's also moved on from the hardest part of the grief of losing Steve Rogers (Chris Evans). She's more emotionally and romantically open now. By the time she gets out to L.A., it's a new beginning for her, not just about the adventures she's about to go on, but just in terms of an internal shift, looking at the world in a brighter and lighter way. There's more humor, particularly between Peggy and Jarvis (James D'Arcy). You will see more of Jarvis and his home life. And Peggy also gets herself into a sticky situation with a love triangle.

On the awkward unrealized romance with Agent Souza:


She's having a great time in New York. The only thing that gets her out there is Jack uses the Sousa card on her. He lies and says that Sousa asked for her specifically. Peggy's like, "Oh, well that changes everything!" She goes out there with an expectation. Sousa's been gone because he's the Chief of the SSR in L.A. What she doesn't realize is that things were awkward between them by the end of the first season. That suggests they both have feelings for each other.

But for whatever reason, they were rubbish at romance and couldn't get their crap together. That's one of the reasons why he went to L.A. It was too hard for him to work with her every day with these strong feelings and not being able to act upon them. When she hears from Thompson that Sousa wanted her specifically in L.A., she heads out there with an agenda more than just doing work, and it's made clear to her as soon as she sees Sousa's face, he didn't actually call for her. He's completely shocked to see her and it turns his world upside down. She's left in this awful state of limbo. That's when she meets someone else, but she still has feelings for Sousa. He's with someone else, and she can't be with him. And this weird love triangle is born. It's awkward, and it makes for some humorous but cringe-worthy scenes. 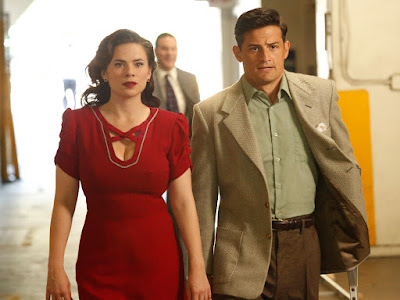 On further exploring sexism and dealing with the issue of racism in 1940s Los Angeles:

The women who had power were movie stars, but even then, they're very much controlled by the studios. And their power always depended on how their movie was doing at the time. So these women, who were seen as successful and powerful, were actually very vulnerable. What's extraordinary about Peggy is that she knows her value. She carries that value with her. So when she travels to a new place, where a women's currency is her sexuality, that's not her main currency. She's up against a new kind of sexism.

This season also touches upon race as another issue because her love interest in African-American, Jason Wilkes (Reggie Austin). I have been told that Peggy Carter had the first interracial kiss in the comic books, therefore their interracial relationship is taken directly from the comic books. It shows that what Peggy is attracted to, with Sousa who is disabled, Captain America who went through adversity to get to where he is, and Jason Wilkes who is a minority who has to fight so much, she is attracted to strength of character and the underdog. 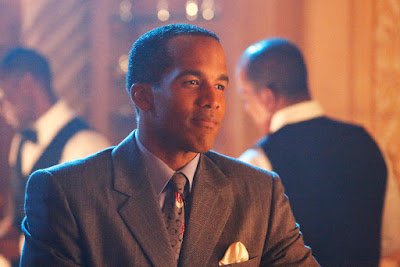 On what are her hopes for Peggy's future:

I would love Peggy to become some kind of superhero with powers, and be the biggest badass she can be...But what would be really sweet is, since she's so close to Howard Stark (Dominic Cooper), it would be lovely to see her relationship with the baby Tony Stark, the toddler Tony Stark. She would probably have a huge influence on him at the time. I'd love to see Peggy babysitting the future Iron Man (Robert Downey Jr.). 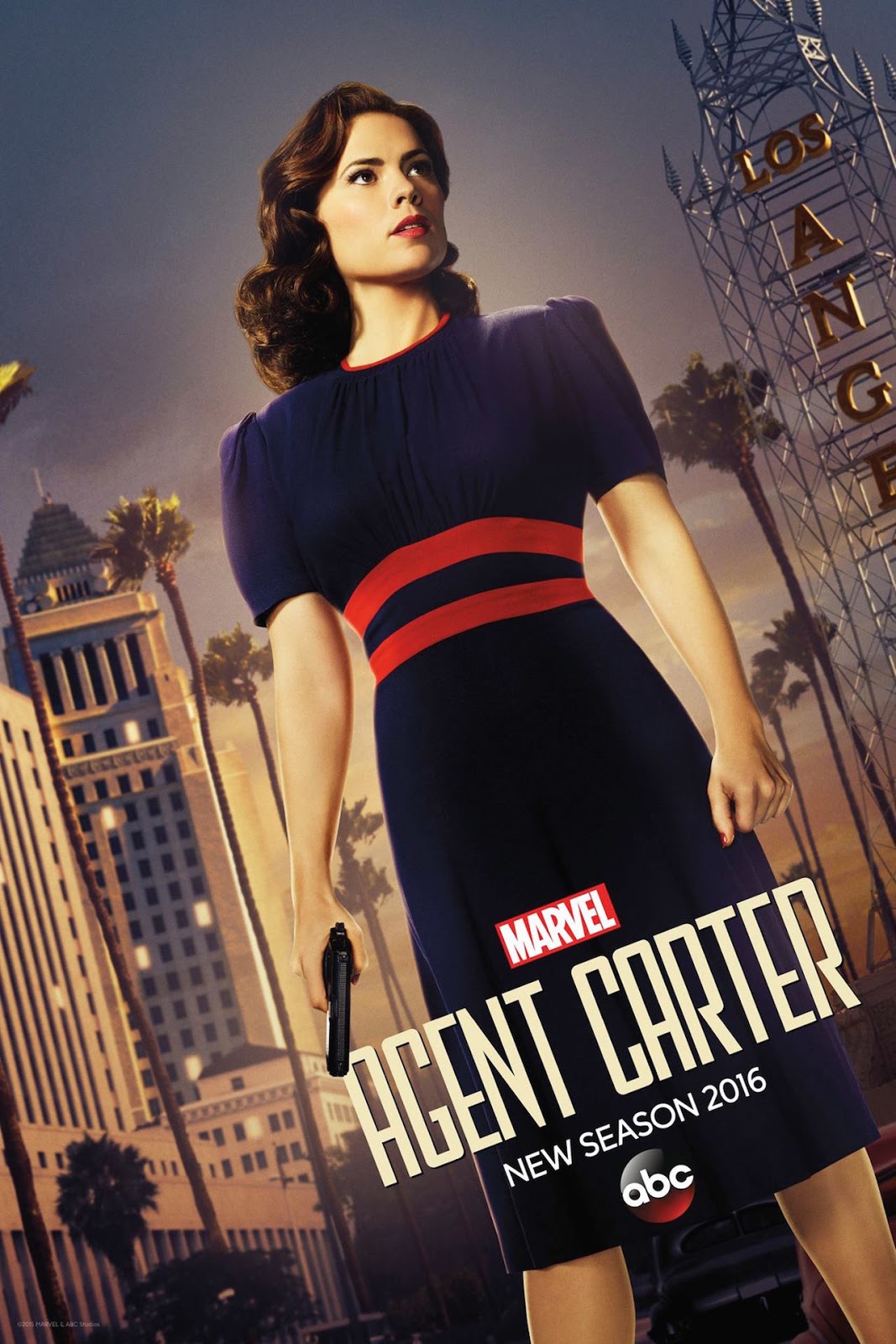