ARROW Midseason Sizzle Reel is All Kinds of Awesome 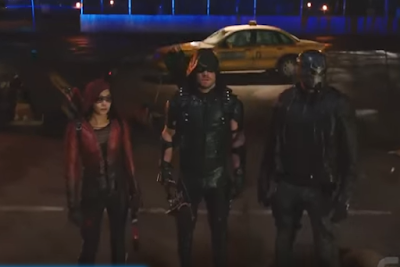 After a month-long hiatus 'Arrow' returns this Wednesday with a new episode. A new sizzle reel has been released that previews the rest of the season and a lot hangs in the balance primarily the fate of Felicity after the ambush at the end of the winter finale. We'll also see the return of Roy, Katana, and tons of action and mayhem suggested by this two-minute trailer.