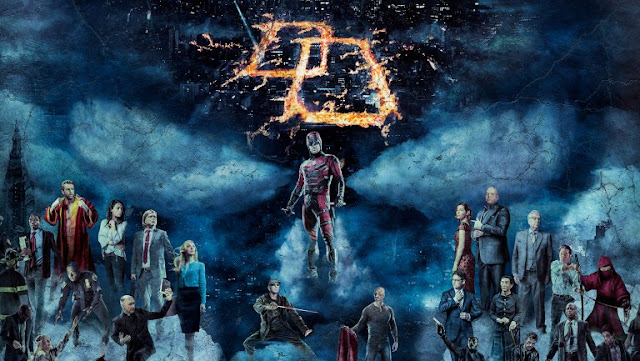 Despite a report claiming that Netflix's second season of 'Daredevil' would drop on the same weekend as Warner Bros' 'Batman V Superman: Dawn of Justice' film, it appears that was false with the announcement of the official release date and teaser. Fans can devour Marvel's "Man with No Fear" and all 13 episodes a week before DC's Trinity hits the big screen. Charlie Cox, Deborah Ann Woll, Elden Henson, and Rosario Dawson will be back when the entire season is let loose on Netflix March 18.


Joining the cast in season two are The Walking Dead's Jon Bernthall as the deadly vigilante The Punisher and G.I. Joe's Elodie Yung as the assassin Elektra.The moody dark teaser delves into Matt Murdock's guilt and ends with a pretty cool image of Daredevil's initials with the Punisher logo superimposed over it.

Just when Matt thinks he is bringing order back to the city, new forces are rising in Hell’s Kitchen. Now the Man Without Fear must take on a new adversary in Frank Castle and face an old flame – Elektra Natchios.

Also, new this season are Doug Petrie (Buffy the Vampire Slayer) and Marco Ramirez (Sons of Anarchy), who replace Steven DeKnight as showrunners. Season two follows the success of the first season last year as well as the triumphant first run of 'Jessica Jones' that further continued the world building of Hell's Kitchen heroes from the Marvel Comics. 'Jessica Jones' also introduced Luke Cage who'll also get his series next followed by 'Iron Fist.' No word if JJ will get a second season but once the four main series have debuted they'll join forces in a team-up event called 'The Defenders.' 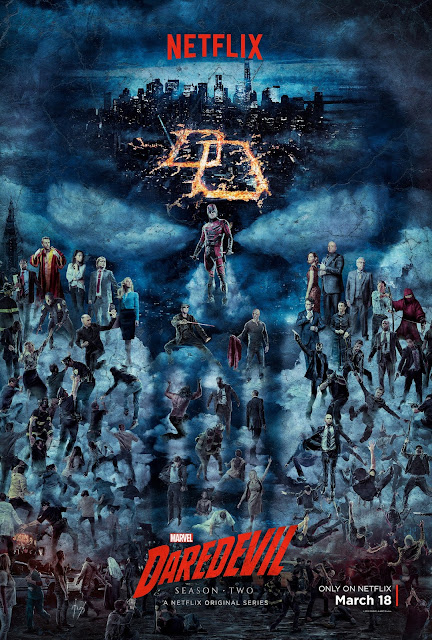