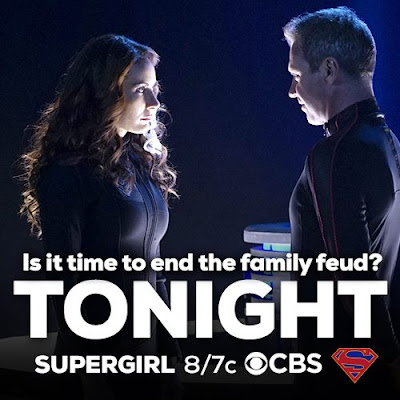 Supergirl is returning from its winter break on Monday, January 4, and despite some growing pains, the show is finding its groove at the midseason point. CBS released three new sneak peeks for the winter premiere and it looks like things are getting more precarious for Kara, Hank, and Alex.

With Astra in the DEO lockup, her husband Non takes Hank hostage in retaliation. Non appears to be more ruthless a Kryptonian Kara has faced thus far. Meanwhile, Maxwell Lord is none too happy with Alex after the destructive battle at his lab. Calling Supergirl Alex's "pet alien" isn't going to endear him to her after what's been a mostly tumultuous but subtlely flirtatious relationship.

At the office, Cat is convinced Kara is Supergirl. Kara has to try everything to convince her otherwise leading to some funny anxiety-filled scenes with James and Winn.

The season has been anchored by Melissa Benoist's wonderful performance who perfectly manages the emotional range from effusive assistant to confident superhero. The show continues to find its identity. Hank as the Martian Manhunter helps to make the DEO scenes more interesting and the powerful villains help to up the ante on the fight scenes.

Check out these three new previews:


With Astra in captivity at the DEO, her husband, Non (Chris Vance), captures Hank, leading to a tense standoff between the two sides. Also, Kara continues to refute Cat's allegations that she is Supergirl, on Supergirl, Monday, Jan. 4 at 8/7c. Only CBS