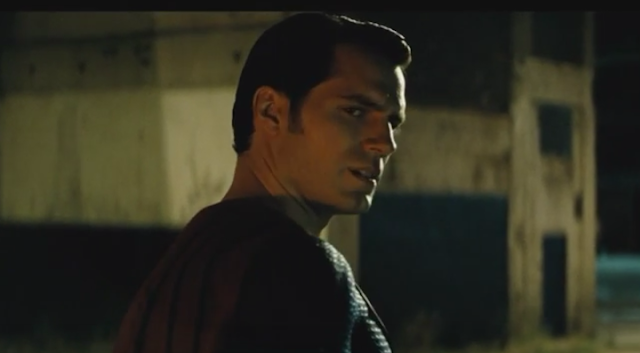 Director Zack Snyder joined Conan O'Brien on his TBS talk show to drop an extended clip from his upcoming 'Batman V Superman: Dawn of Justice' film. After talking about bringing the Batmobile to Comic-Con and designing it to appear as if Bruce Wayne built it as well as making sure Ben Affleck's costume had a zipper the clip was revealed.

It's an extended look at the scene we've seen in the trailer where Superman tears the top of the Batmobile exposing a defenseless Batman standing up defiantly. "The next time they shine your light in the sky, don't go to it. The Bat is dead. Bury it," he warns Batman. "Consider this mercy." Oh, snap.

Here's the clip from 'Conan' with the introduction:

Here's just the clip from the movie: