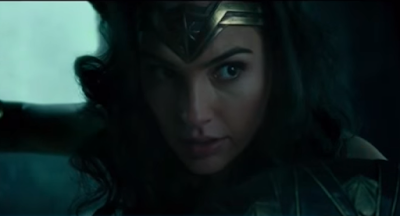 The CW' "DC Films Presents: Dawn of the Justice League" special Tuesday night was chockful of previews but few resulted in as many goosebumps as the first footage of the Patty Jenkins-directed 'Wonder Woman' movie. Despite only being in production since November of last year, the scenes that were revealed show a lot to be excited about.


Gal Gadot, Chris Pine, and Jenkins share their thoughts about the Amazon Princess and her mission between clips. Jenkins explains, "the greatest thing about Wonder Woman is how good and kind and loving she is. Yet none of that negates any of her power.” Geoff Johns describes her as "the best fighter in the DC Universe.”