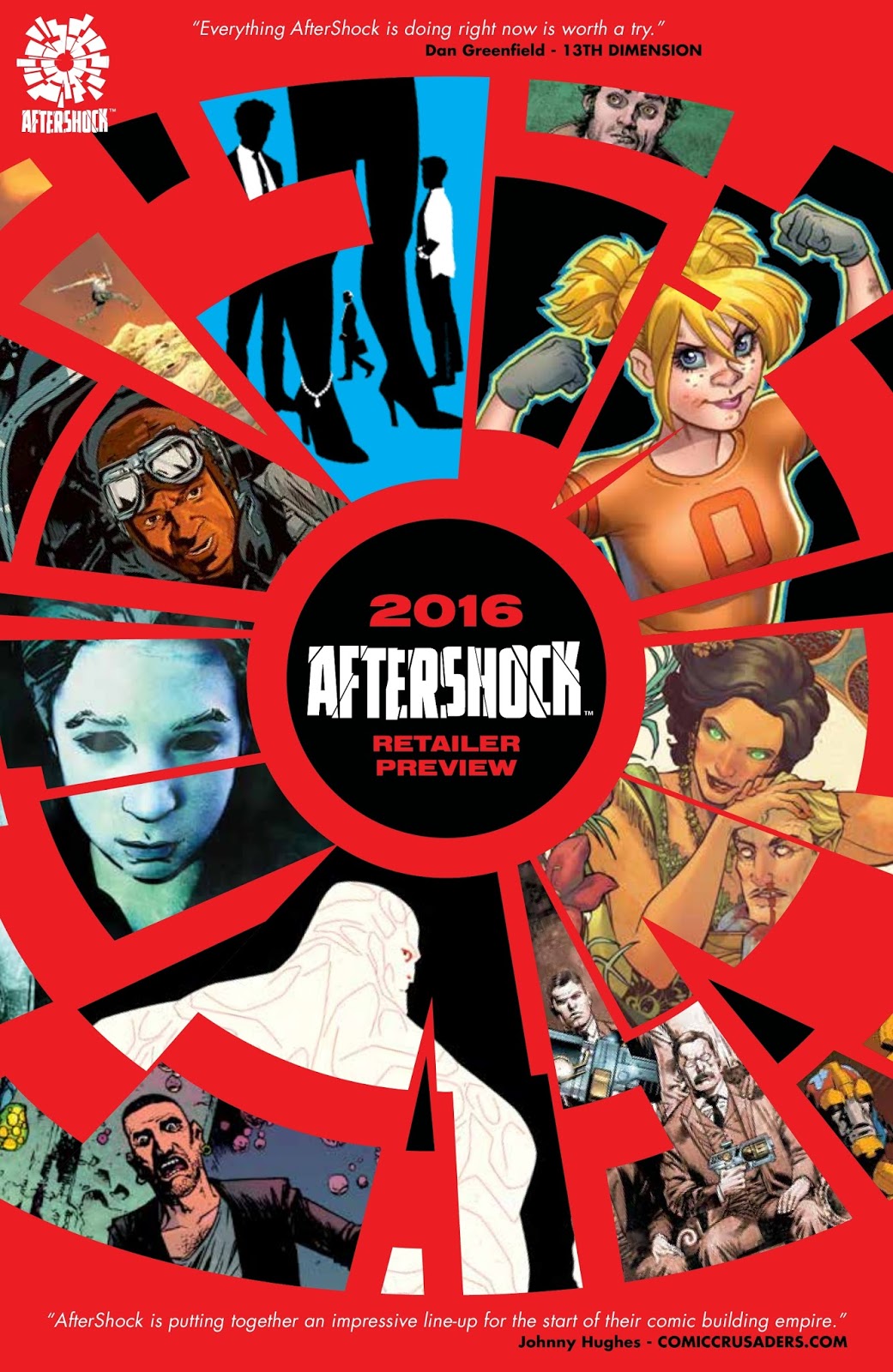 If you haven't heard of AfterShock Comics you won't be able to miss them in 2016 because they're gearing up for an all-out assault with top-tier creators and waves of new titles. The fledgling publisher has already released a number of great books with talent like Marguerite Bennett, Paul Jenkins, Brian Azzarello, and Jimmy Palmiotti to name a few. And that's just the beginning so to keep you in the know they're going to provide retailers a free preview book featuring the who, what, where, when and how involving everything AfterShock.

It'll include preview pages, release dates, and upcoming talent such as Mark Waid, Ray Fawkes and Joe Pruett. If you can't wait until it drops on February 17, take a look here for your first glimpse at what AfterShock Comics has in store. Or better yet, get their comics NOW. 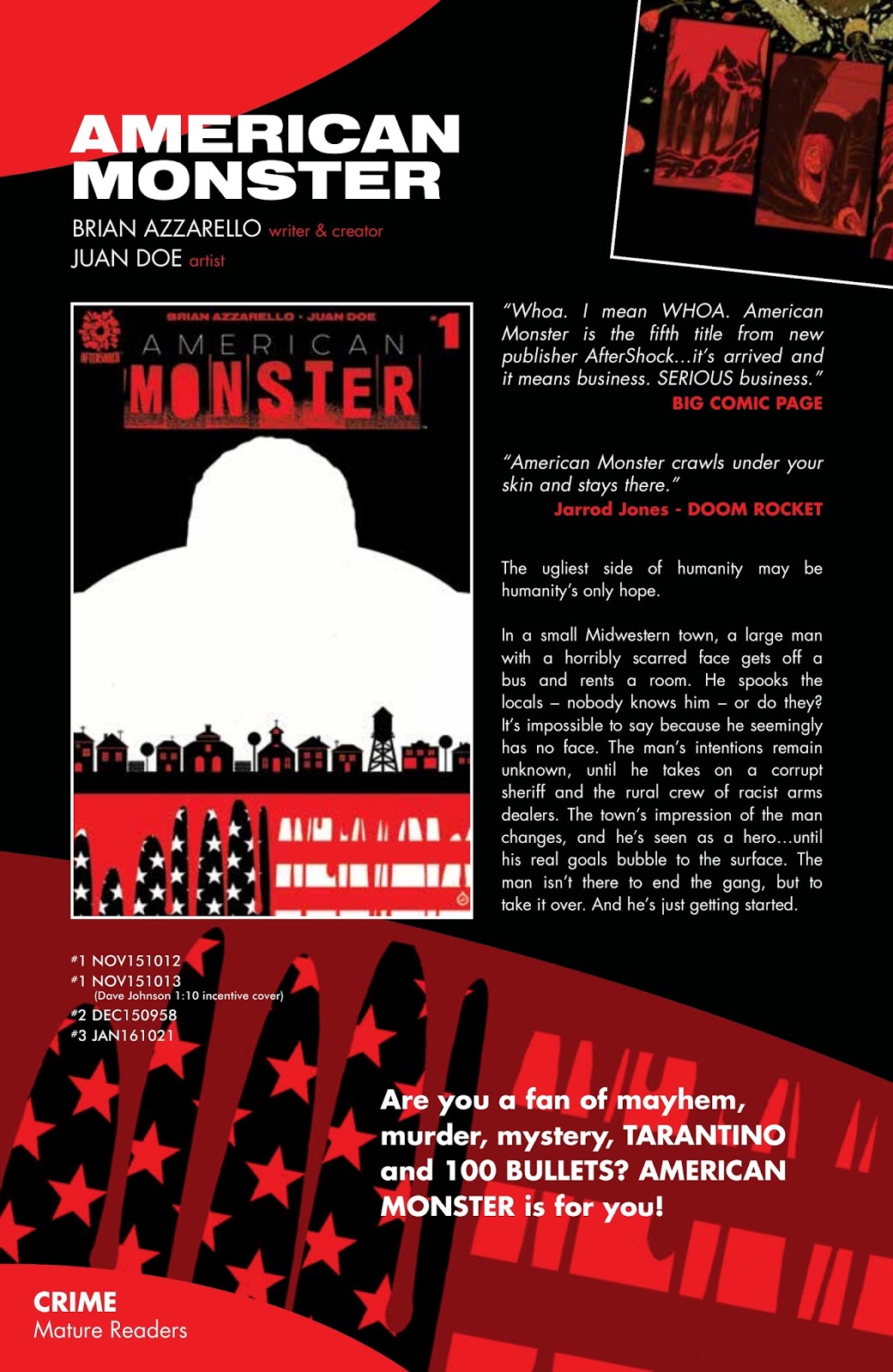 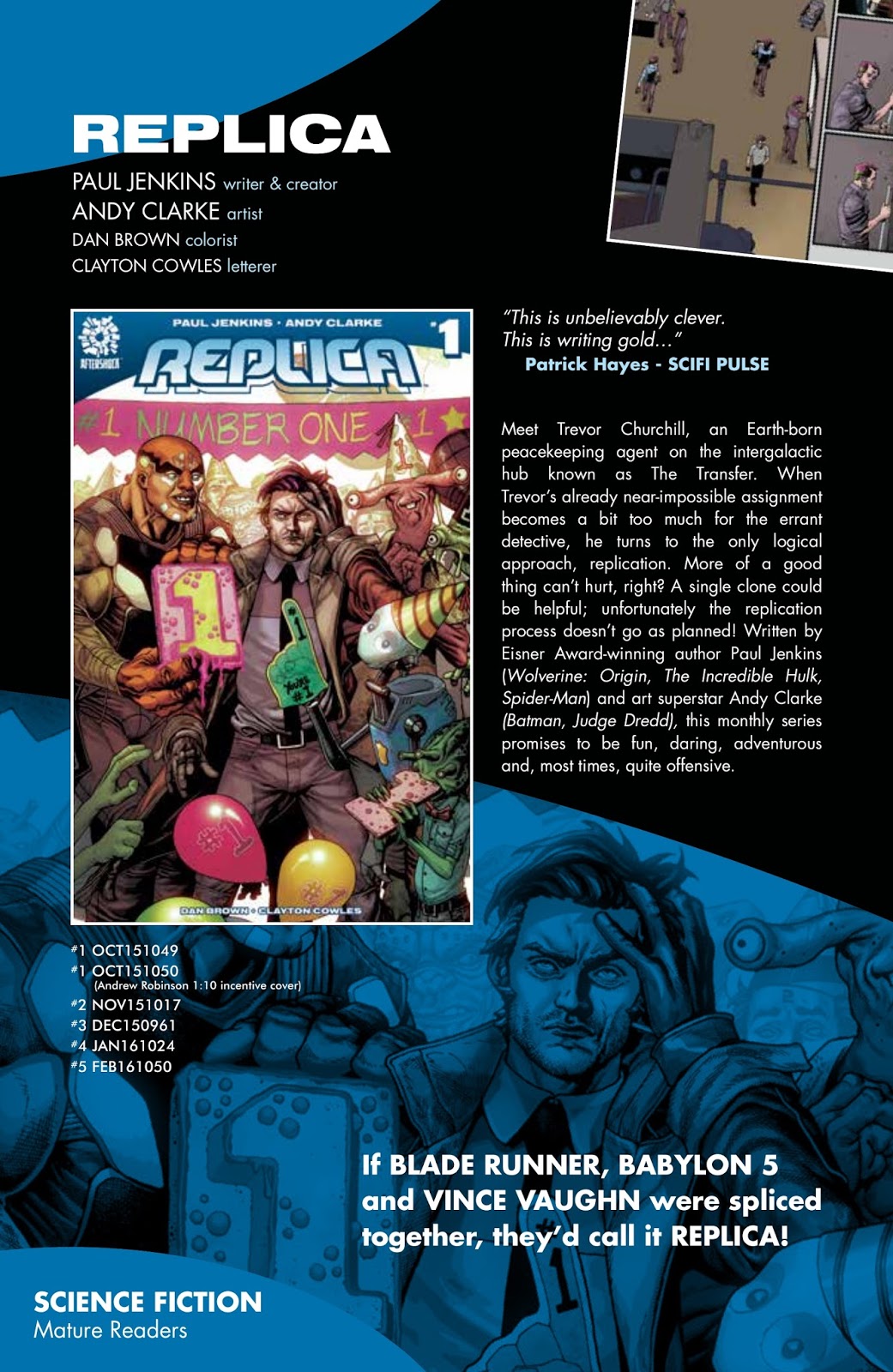 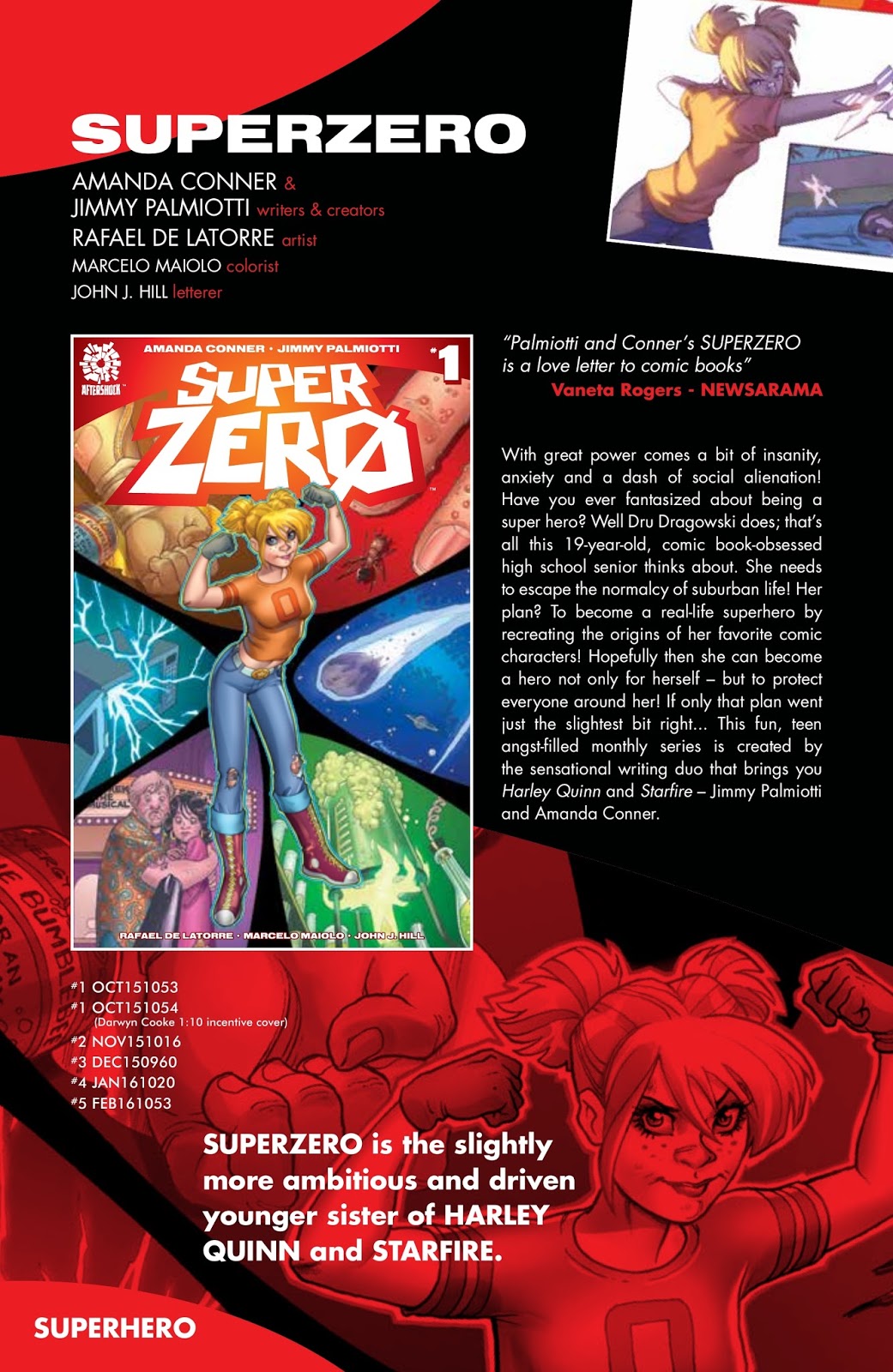 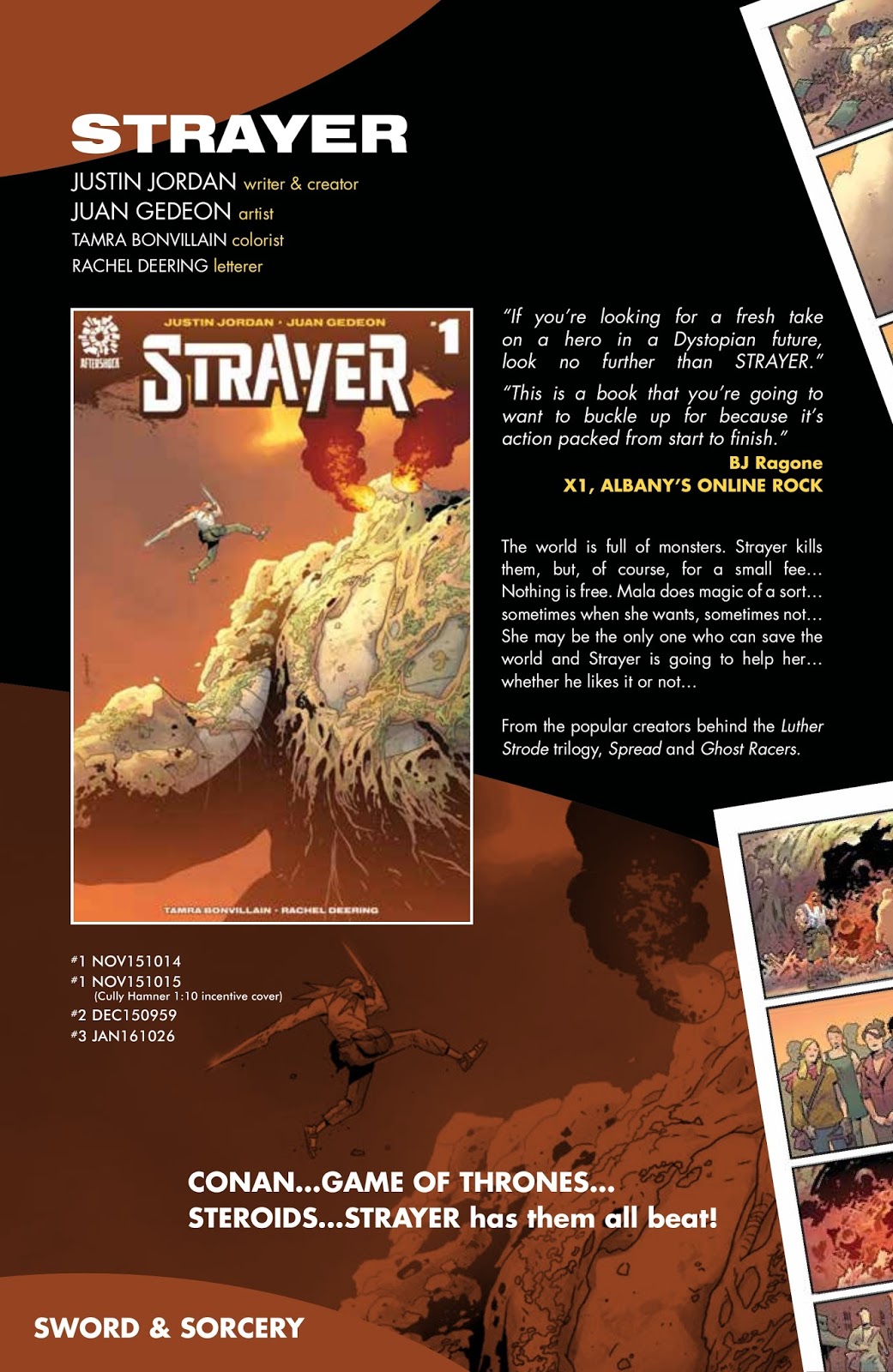 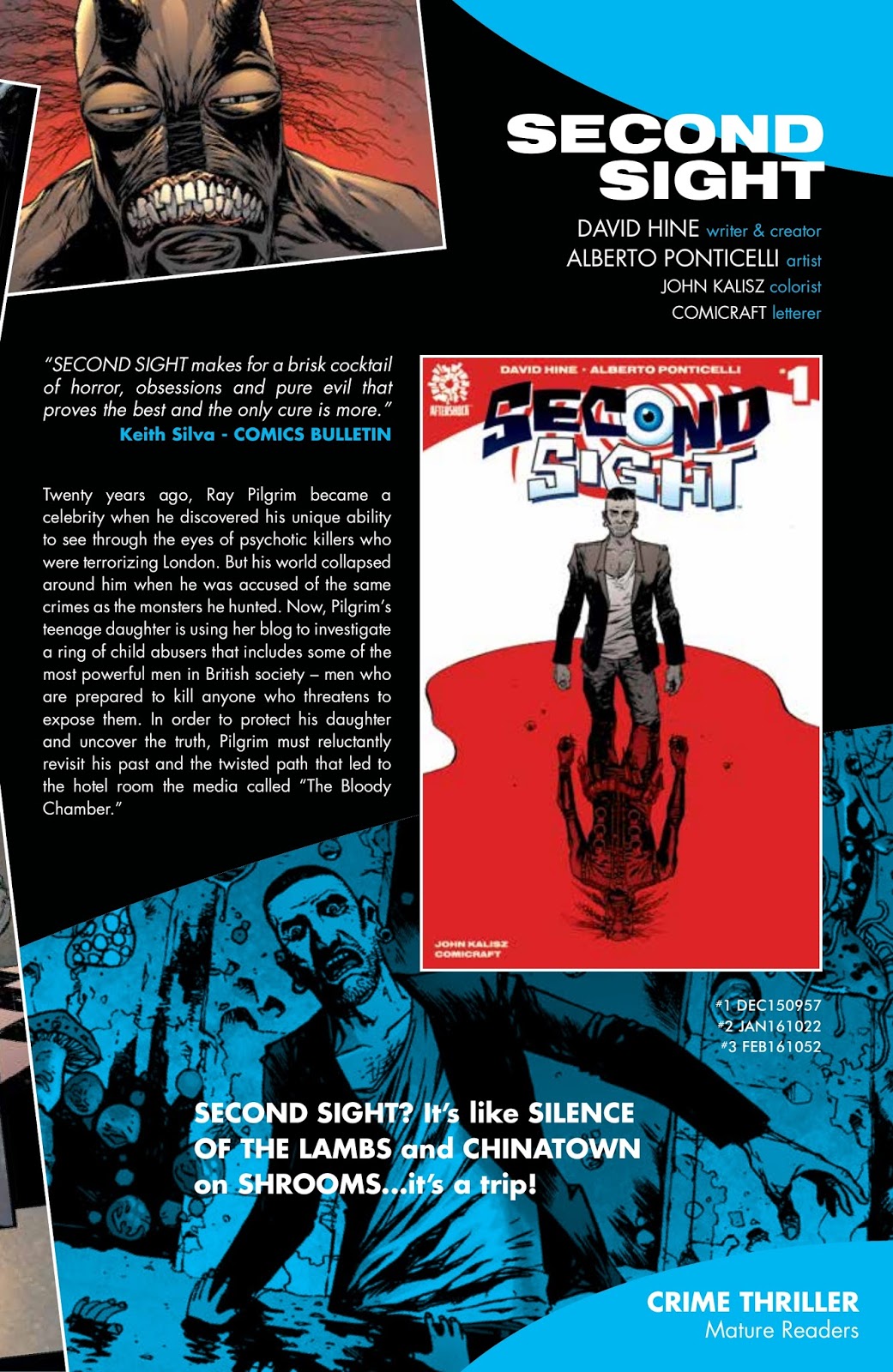 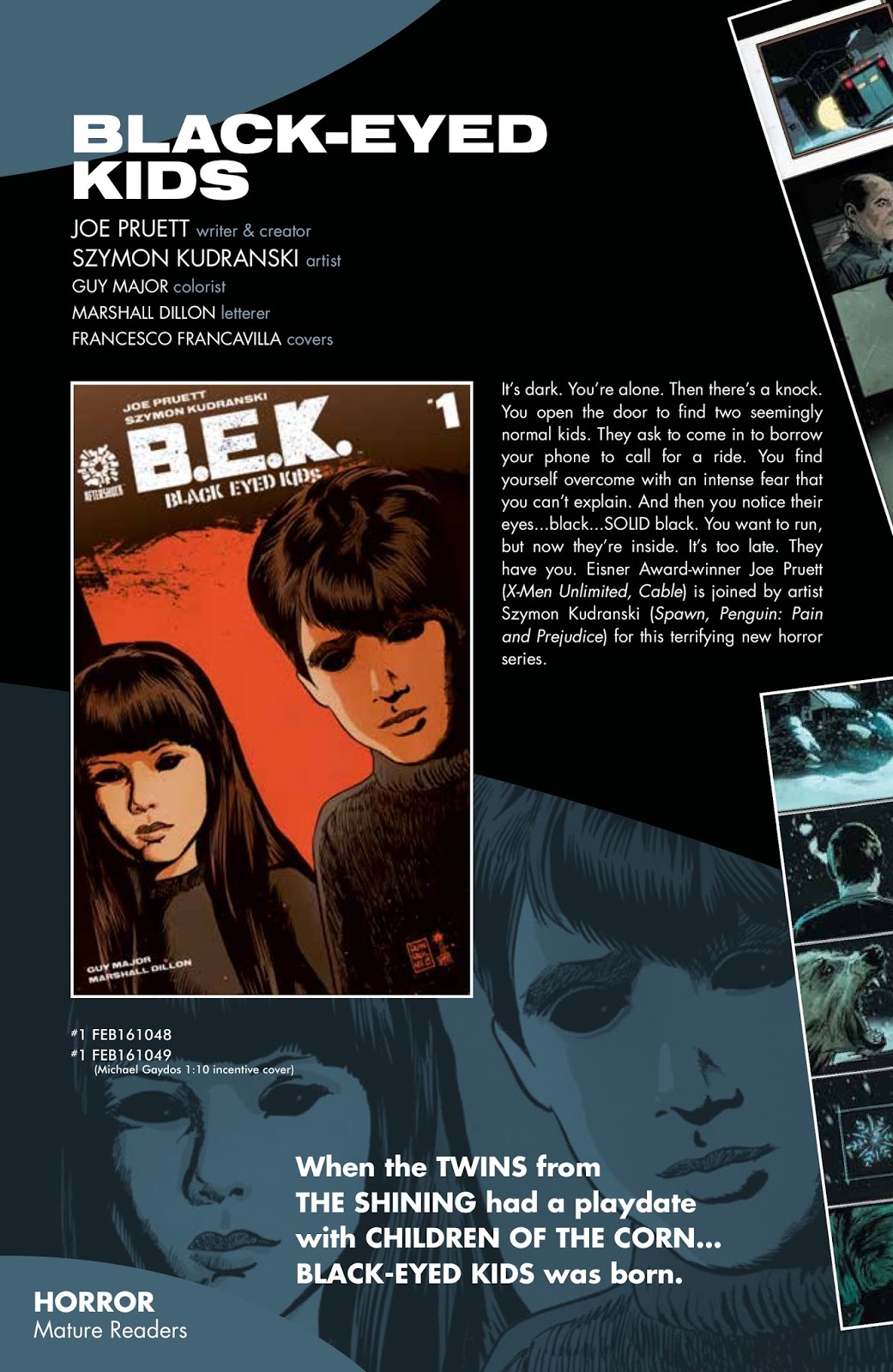 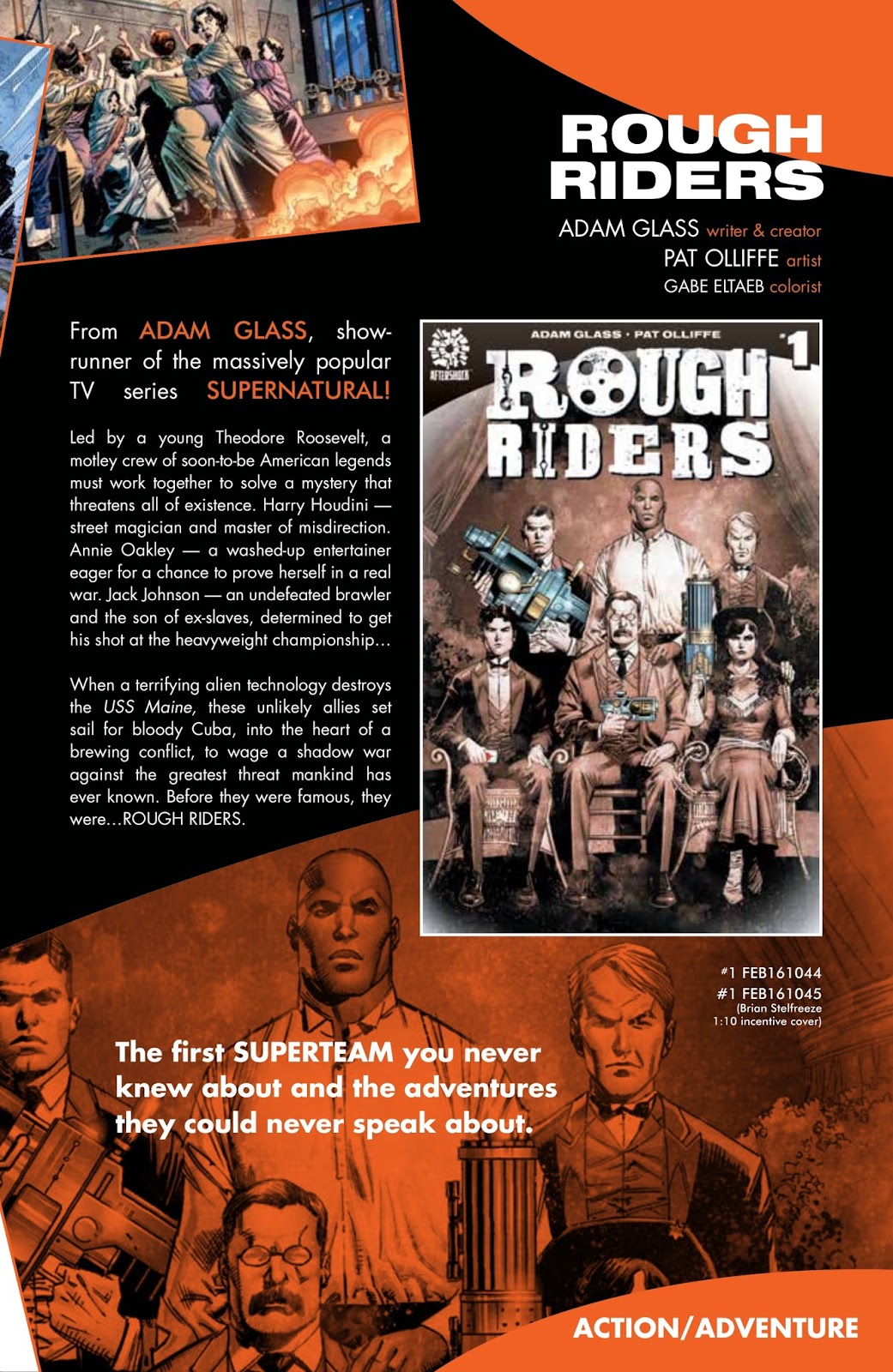 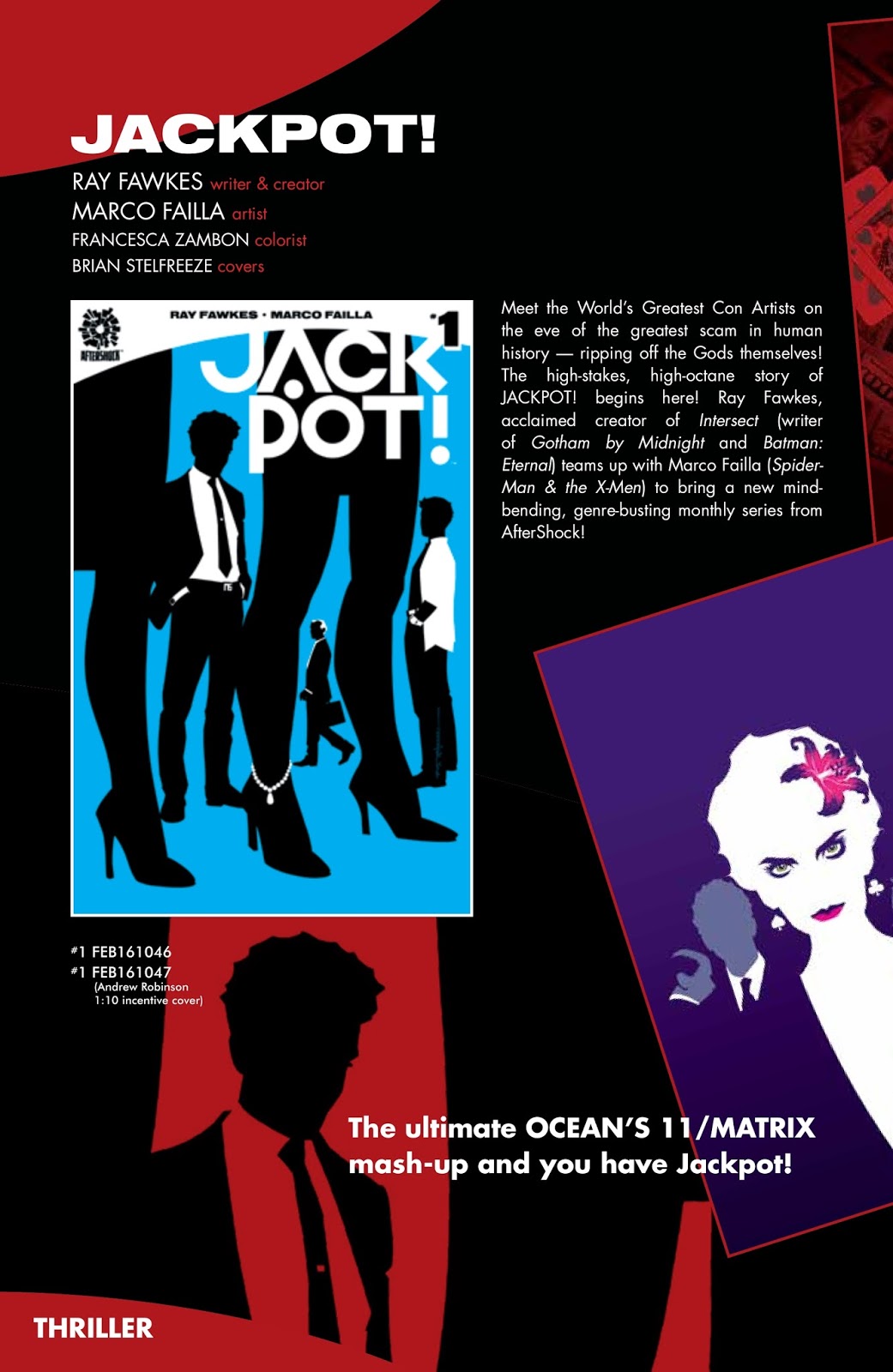 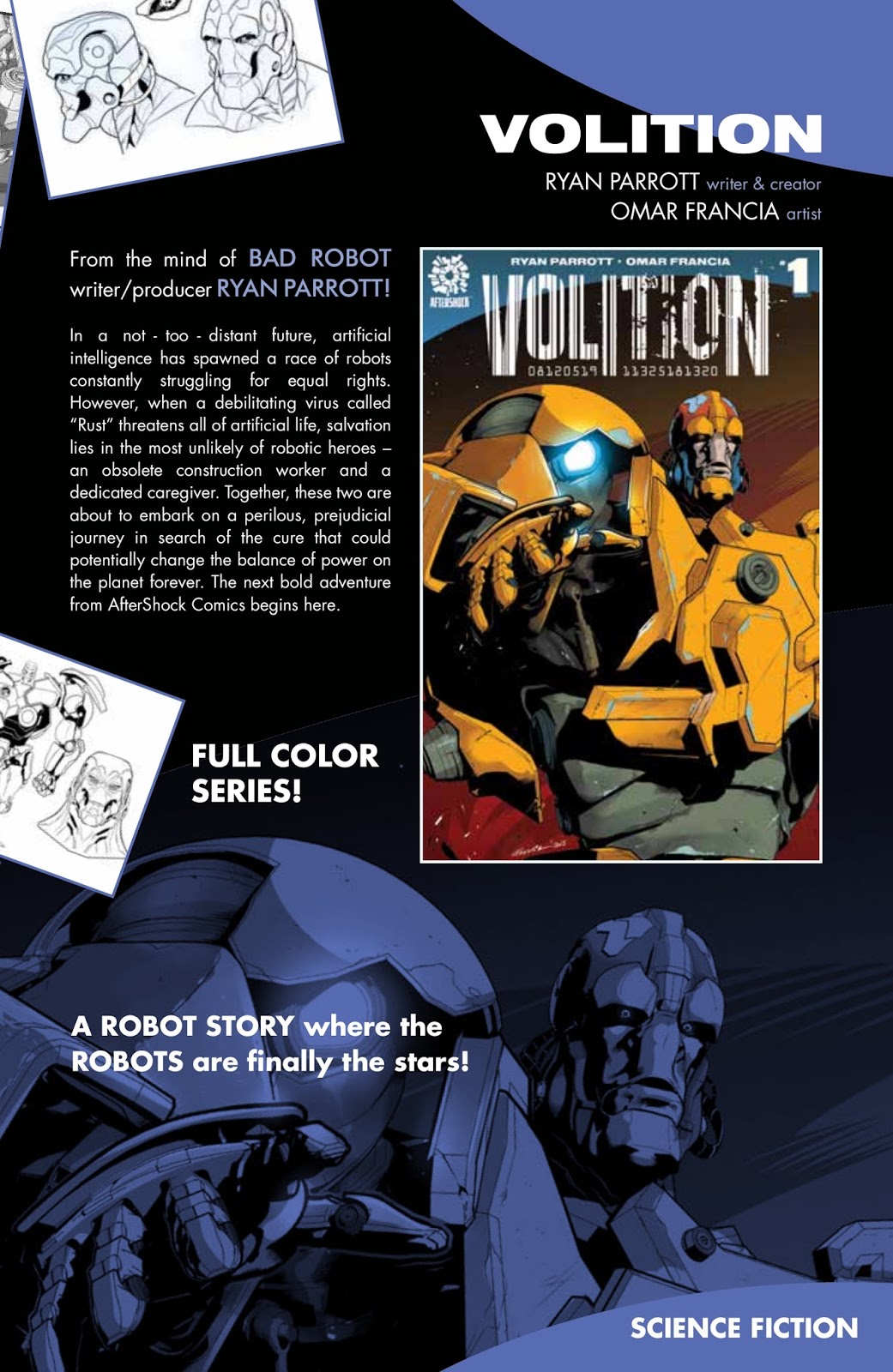