Elektra is Ready to Fight in New 'Daredevil' Trailer 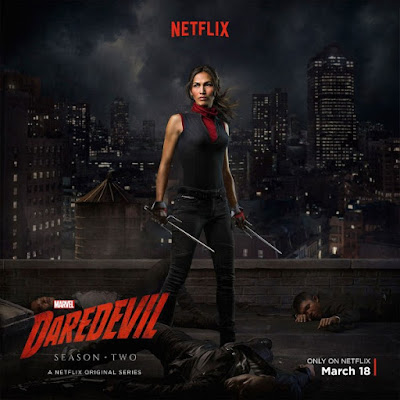 In the second trailer for Marvel's Daredevil season two, Elodie Yung as Elektra is the centerpiece. Like the first trailer where the Punisher (Jon Bernthal) was introduced, "Part 2" offers more insight on Elektra's involvment with Matt Murdock. A former lover and ally, she warns him of the emergence of the Yakuza he thought he had driven out of town.

Just when Matt thinks he is bringing order back to the city, new forces are rising in Hell’s Kitchen. Now the Man Without Fear must take on a new adversary in Frank Castle and face an old flame – Elektra Natchios.

Daredevil Season Two will stream all episodes on Netflix beginning on March 18, 2016.