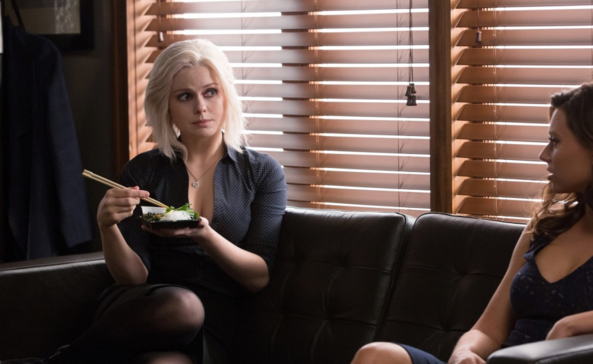 Things get a little steamy when iZombie returns as Liv eats the brains of an erotica writer. She has to control her urges as she investigate the writer's murder. Check out the new trailer as well as a behind-the-scenes video featuring executive producer Rob Thomas.


Things heat up when Liv eats an erotica writer's brain. iZombie is new Tuesday, February 2 at 9/8c on The CW.