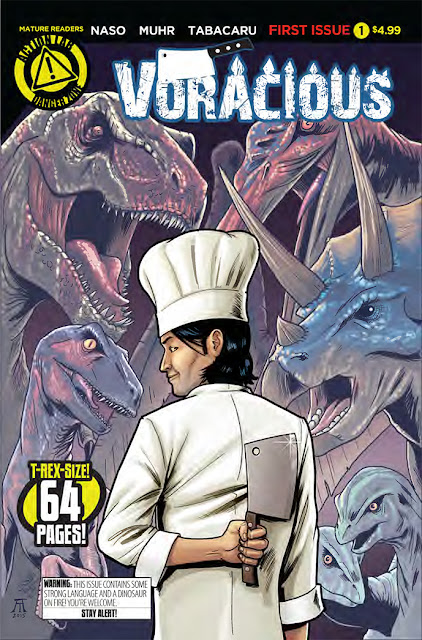 JURASSIC PARK MEETS TOP CHEF! Haunted by the death of his sister, Chef Nate Willner has lost his desire to cook. Forced to move back to his hometown in Utah and work at a coffee shop, Nate’s life is quickly becoming a dead end. But when he unexpectedly inherits a time travel suit that takes him to the age of dinosaurs, Nate’s passion for cooking is reignited! Extra-Sized Debut Issue! 40 Delicious Pages! 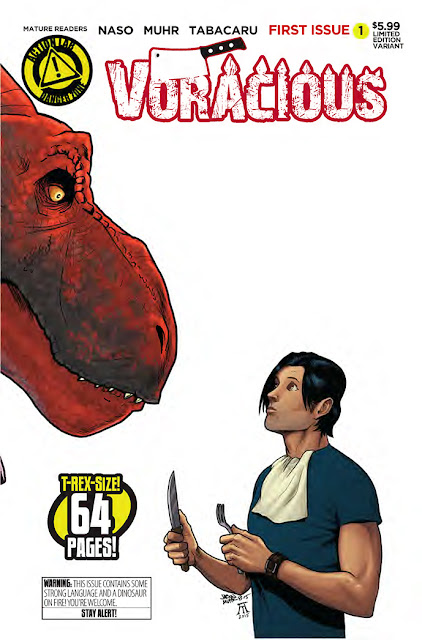 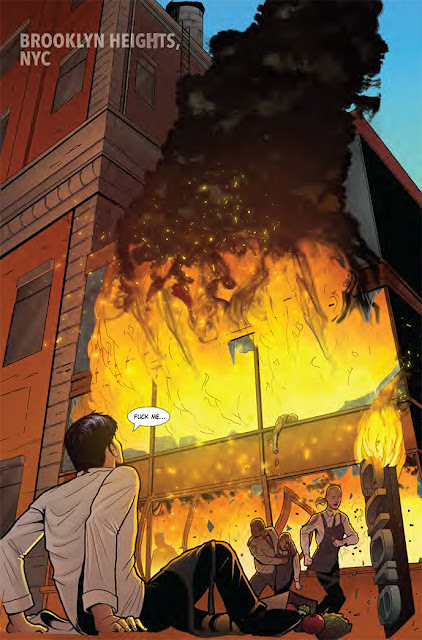 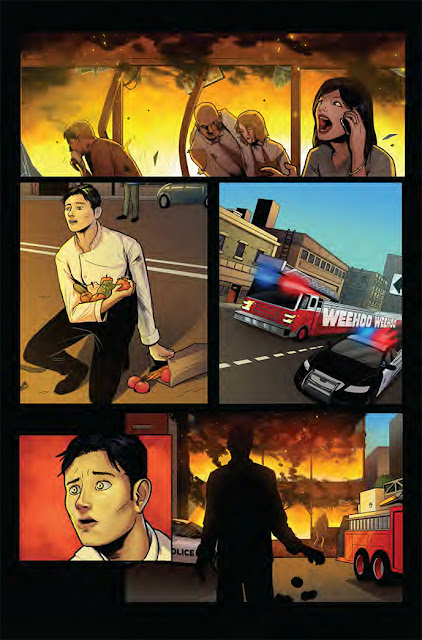 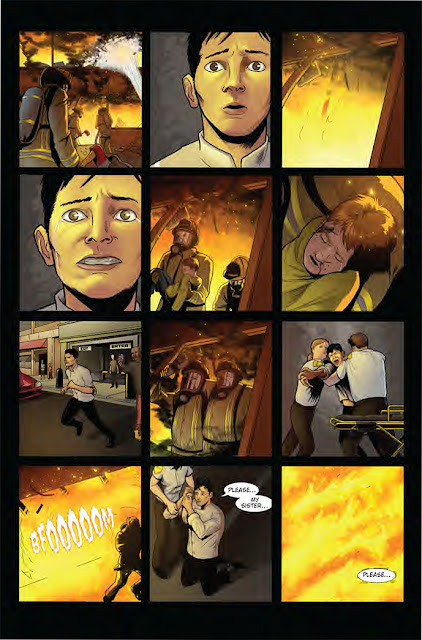 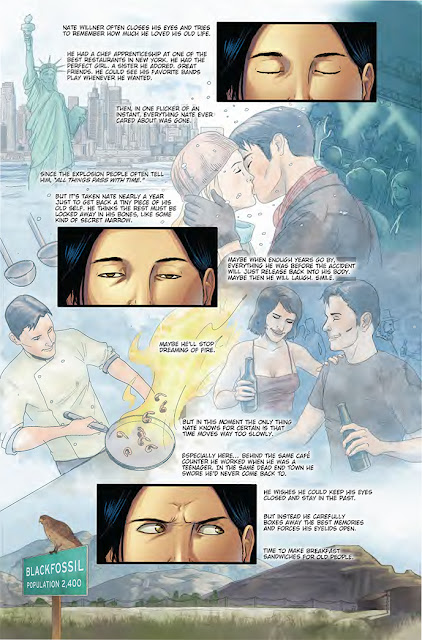 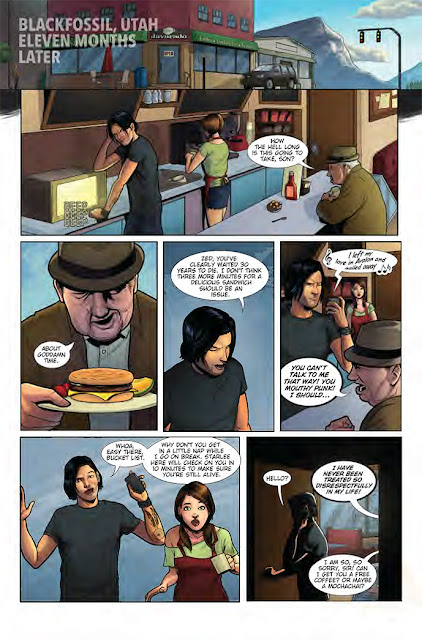 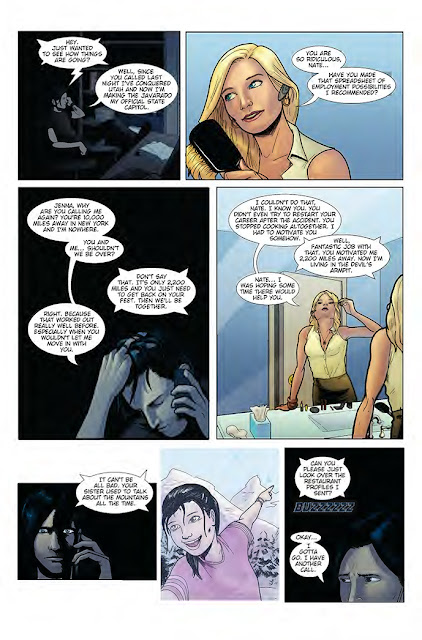