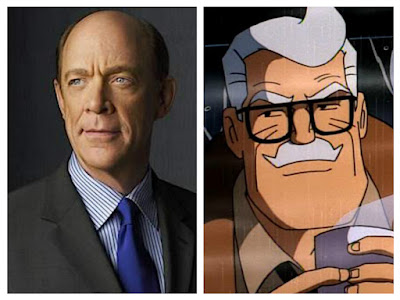 The best supporting actor winner from last year for Whiplash, Simmons has been in high demand. You can hear his voice in this past weekend's box office winner, the animated Disney hit Zootopia, and in April, he appears with Susan Sarandon in The Meddler. Then he's got three more films lined up after that not including 'Justice League.'