In a week of new episodes of Supergirl, The Flash, Arrow, Legends of Tomorrow, Agents of SHIELD, iZombie, Daredevil on television AND the theatrical release of Batman V Superman: Dawn of Justice, what could make a comic book geek even more happy? How about all new releases of those wonderful source materials, comic books.

The man of the hour, Batman, arrives at issue #50 as Bruce Wayne returns to the cowl. Jimmy Palmiotti not only has Super Zero #4 and Harley Quinn #26 out today but also reunites with Justin Gray on the new series Delete #1 from Devil's Due. Kevin McCarthy and Kyle Baker bring their manga-inspired Circuit Breaker #1 to Image, Kate Leth and Brittney Williams have a special guest for Patsy Walker A.K.A. Hellcat #4 in Howard the Duck, and so much more this week. Happy reading! 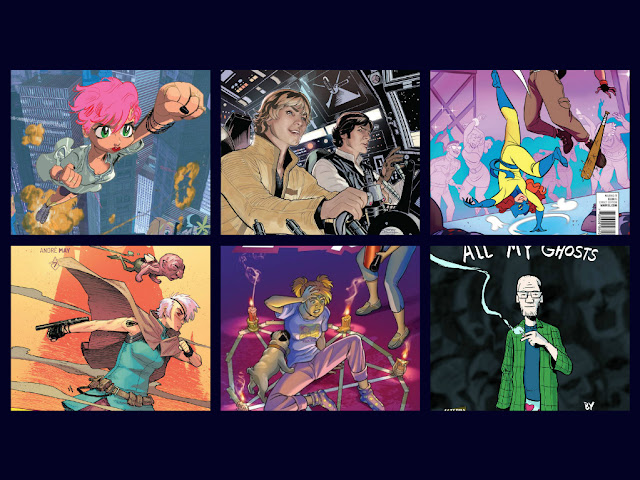 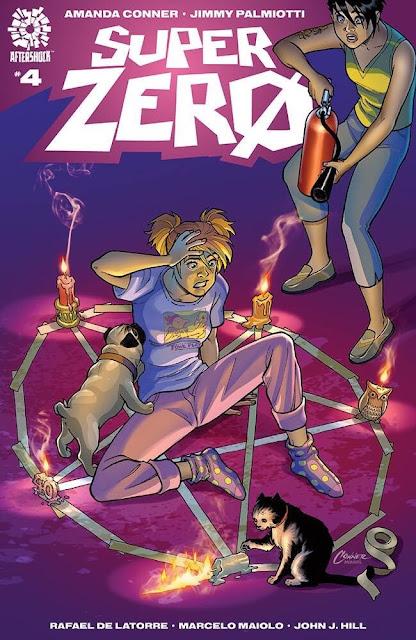 Written by Amanda Conner and Jimmy Palmiotti. Art by Rafael de Latorre. Cover by Amanda Conner. Dru gets herself into deeper trouble with those around her when she gets an insane idea in her head that could never succeed in a million years...or could it? Find out what friends in high places can do for our hero--and the price Dru will pay for it! Cover price $3.99. 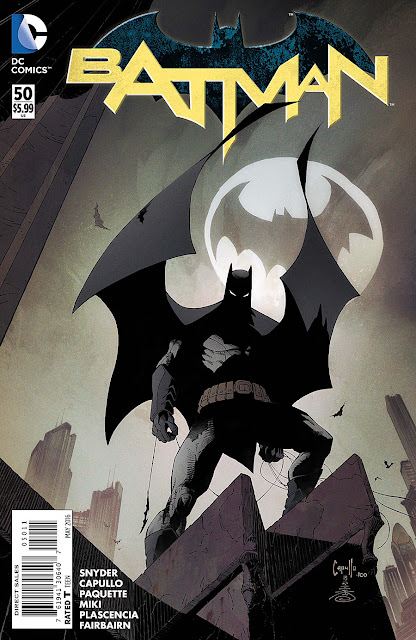 Superheavy: Part 10 of 10 - Written by Scott Snyder. Art and Cover by Greg Capullo and Danny Miki. Batman has returned to Gotham City! In this extra-sized conclusion to Snyder and Capullo's epic story 'Superheavy,' Bruce Wayne returns to the cape and cowl to battle Mr. Bloom alongside Jim Gordon for the fate of the city they both love. This issue features an additional eight-page epilogue written by Scott Snyder, with art by Yanick Paquette! Cover price $5.99. 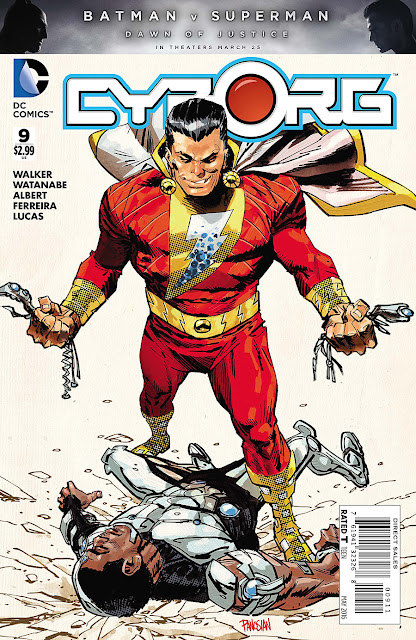 Written by David Walker. Art by Felipe Watanabe and Oclair Albert. Cover by Dan Panosian. Federal forces are sent to capture Cyborg and his technology - but things take a bizarre twist when tensions rise among members of the Justice League, who are split over what Cyborg should do. Shazam doesn't understand why Cyborg won't go along with the federal agents. Could this be the moment that ends their friendship? Cover price $2.99. 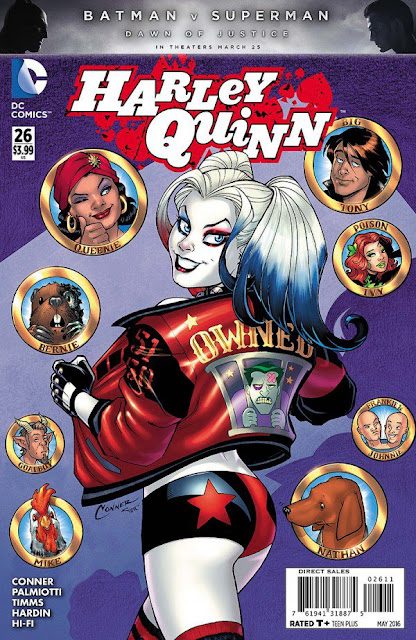 Written by Amanda Conner and Jimmy Palmiotti. Art by John Timms. Cover by Amanda Conner. In the aftermath of her encounter with The Joker, Harley's head is spinning, and she wants nothing more than to get back to her normal life…but she should know by now there's no such thing! A new era in Harley's life is beginning, and she has NO idea what's coming at her! Cover price $3.99. 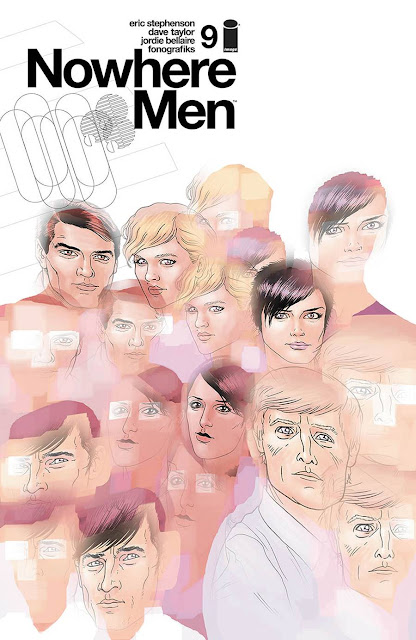 Written by Eric Stephenson. Art by Jordie Bellaire & Various. Cover by Fonographiks and Dave Taylor. "The Start of It All" As the sci-fi lullaby starts to build, we go back to the beginning in an attempt to uncover where everything went so wrong. Rated M Cover price $2.99. 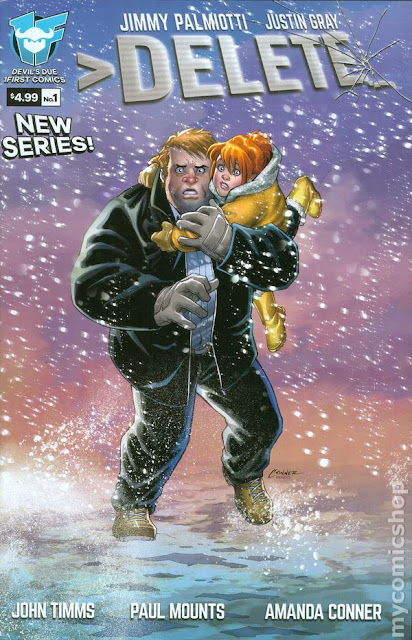 Written by Jimmy Palmiotti and Justin Gray. Art by John Timms. Cover by Amanda Conner. In the near future, where science can implant or remove human memories and the government uses brain scan technology in criminal investigations, a mute girl witnesses a multiple murder and must turn to a handyman for protection from the police and an army of killers. Cover price $4.99. 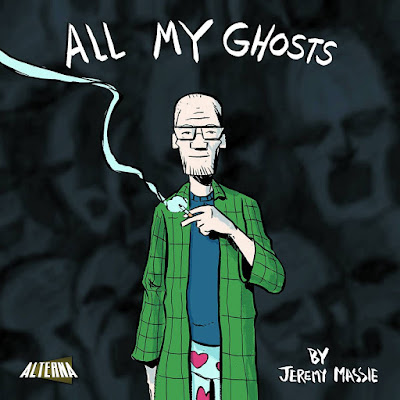 1st printing. Story and art by Jeremy Massie. Struggling to survive in a small-town economy, Joe Hale is forced to sell his family's newspaper business. After the buyout, strange events begin to occur as Joe's past comes back to haunt him - literally. Fan-favorite writer and artist Jeremy Massie crafts a powerful story about the burden of responsibility and the freedom of letting go. Softcover, 7-in. x 7-in., 112 pages, B&W. Cover price $9.99. 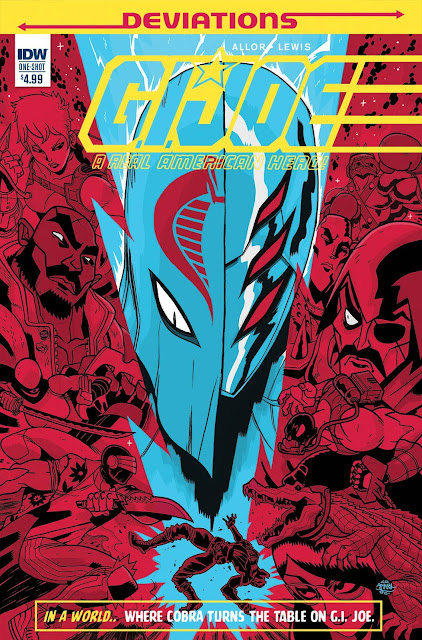 Written by Paul Allor. Art and Cover by Corey Lewis. In a world… where COBRA rules the planet! COBRA COMMANDER's forces have won, the entire planet Earth now submits to COBRA rule… but the burdens of ruling over billions of people make COBRA COMMANDER anxious for the good old days. And he decides there's just one group that can bring chaos back to this totalitarian order: G.I. JOE! Cover price $4.99. 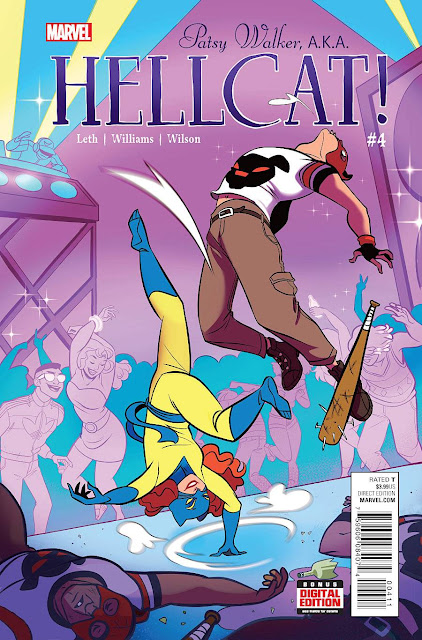 Written by Kate Leth. Art and Cover by Brittney Williams. GUEST-STARRING HOWARD THE DUCK! Patsy gets a new job! No, a totally different one from last month! Fellow under-employed private investigator Howard the Duck stops by to complain and compare notes on the mysterious super villain recruiter in town. (Mostly just to complain though) Rated T Cover price $3.99. 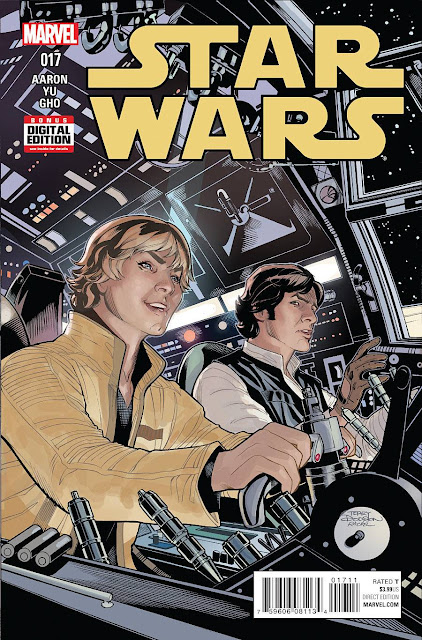 Written by Jason Aaron. Art by Leinil Francis Yu. Cover by Terry Dodson. Han takes Luke out to fly the Falcon with him! Meanwhile...Leia and a few of her 'friends' have troubles of their own... The rebel prison base is under siege! Rated T Cover price $3.99. 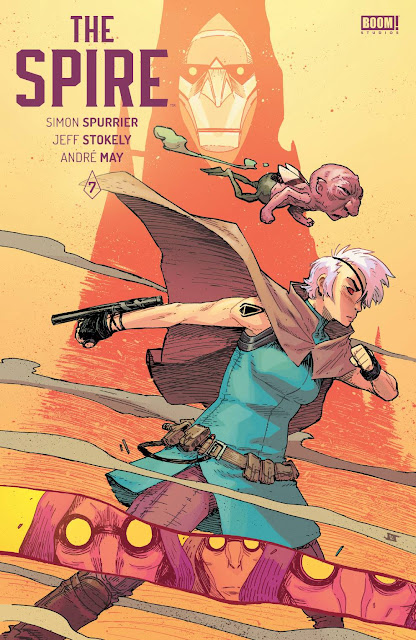 Written by Simon Spurrier. Art and Cover by Jeff Stokely. Penultimate issue! The monumental Pax between the Spire and Zoarim is underway. Cover price $3.99. 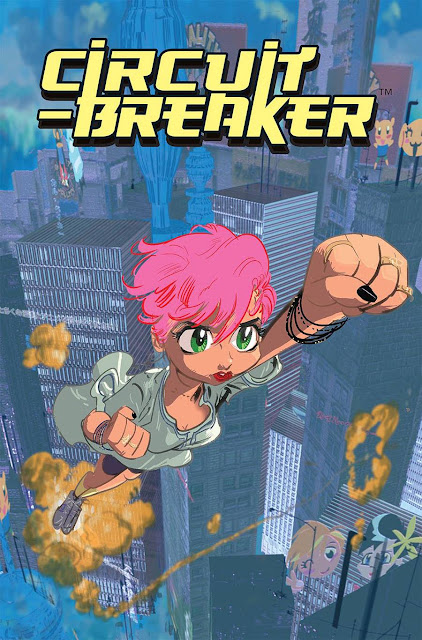 Written by Kevin McCarthy. Art and Cover by Kyle Baker. When the heroic robots that saved Japan during World War IV are outlawed, they turn against mankind, waging a campaign of terror across the last city on Earth. Their creator builds one more soldier-disguised as his teenaged granddaughter-and tasks her with dismantling the marauding mechanical militia. But as she begins to question her programming, will she be the last hope for humanity, or the final nail in our coffin? Cover price $2.99.