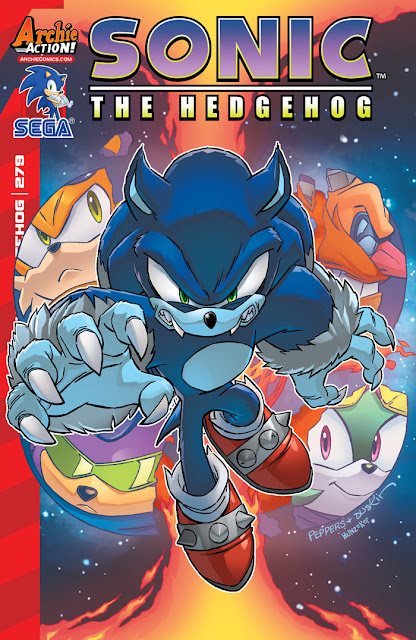 SONIC is in the FIGHT FOR HIS LIFE in—”Face of the Enemy” Part Two: Sonic and his friends are at the mercy of Egg Boss Nephthys and her Egg Army! They came to rescue a Gaia Key Guardian-but can they manage to escape with their lives?! Then, in the finale to “Hidden Costs,” revelations abound! Sally and Clove both think their plans have succeeded-but at what cost? Featuring cover art by jamming Jamal Peppers and Jennifer Hernandez! 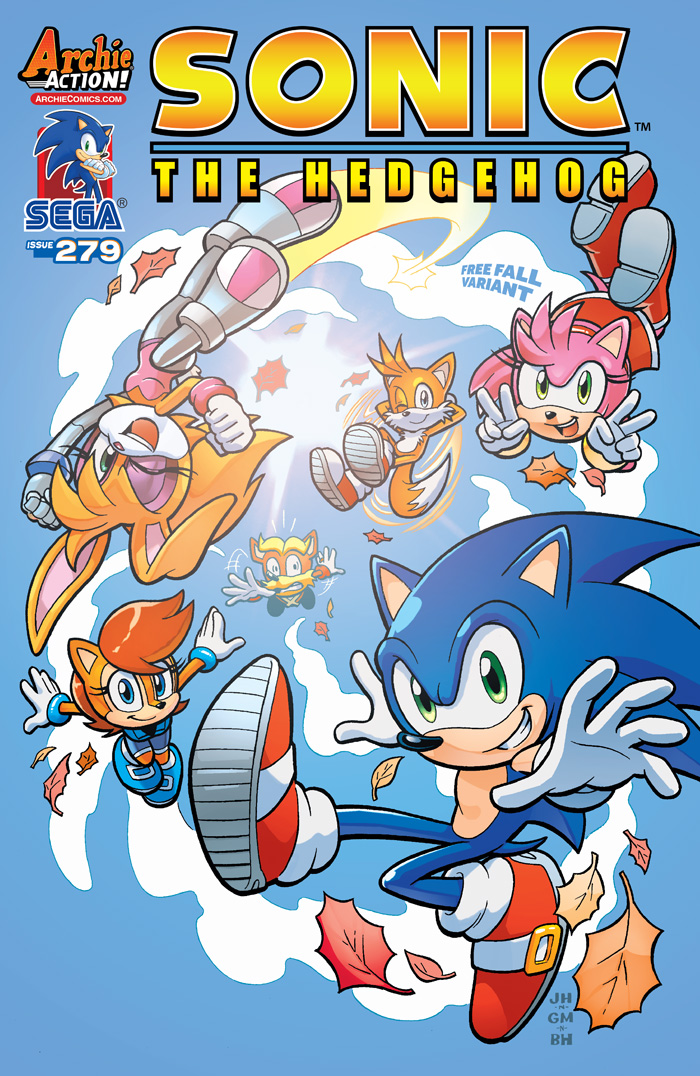 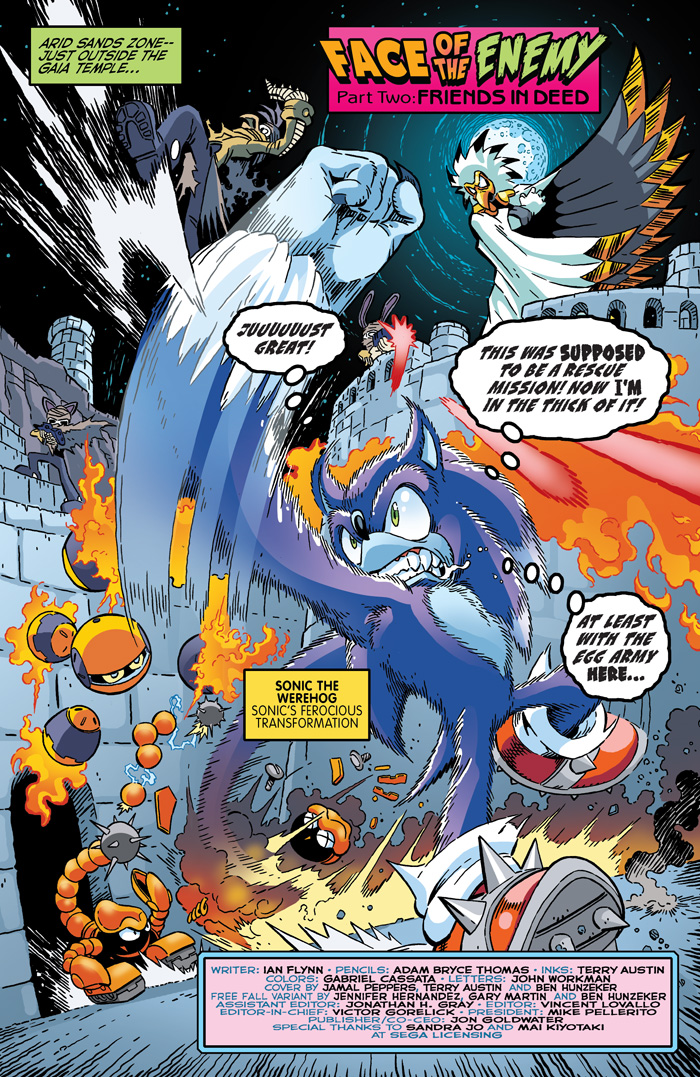 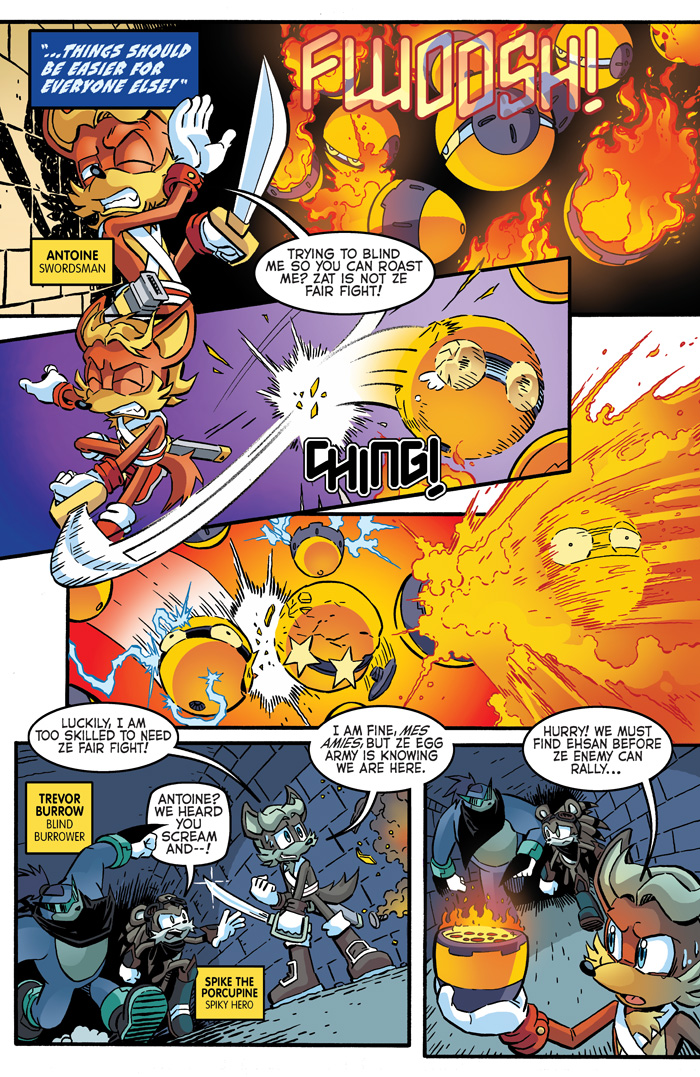 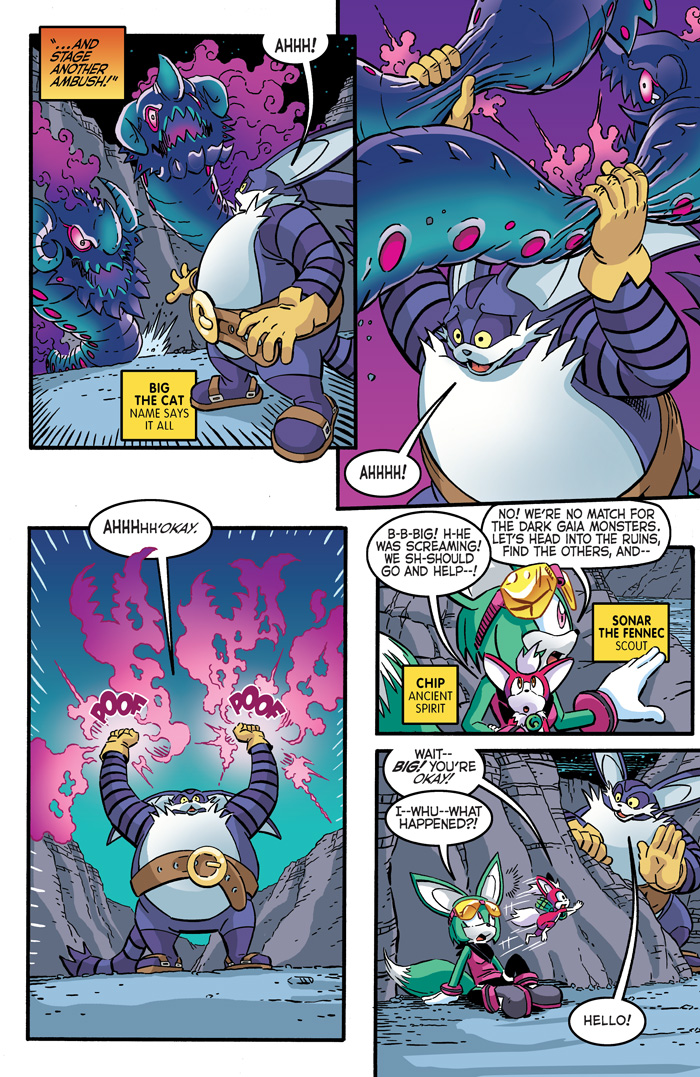 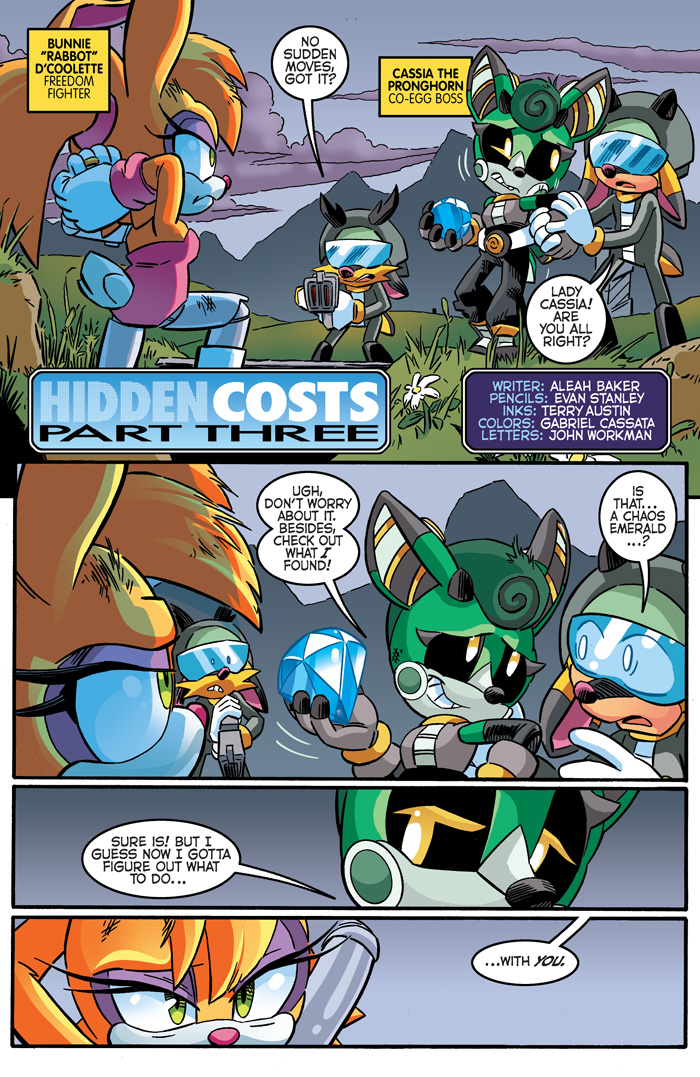 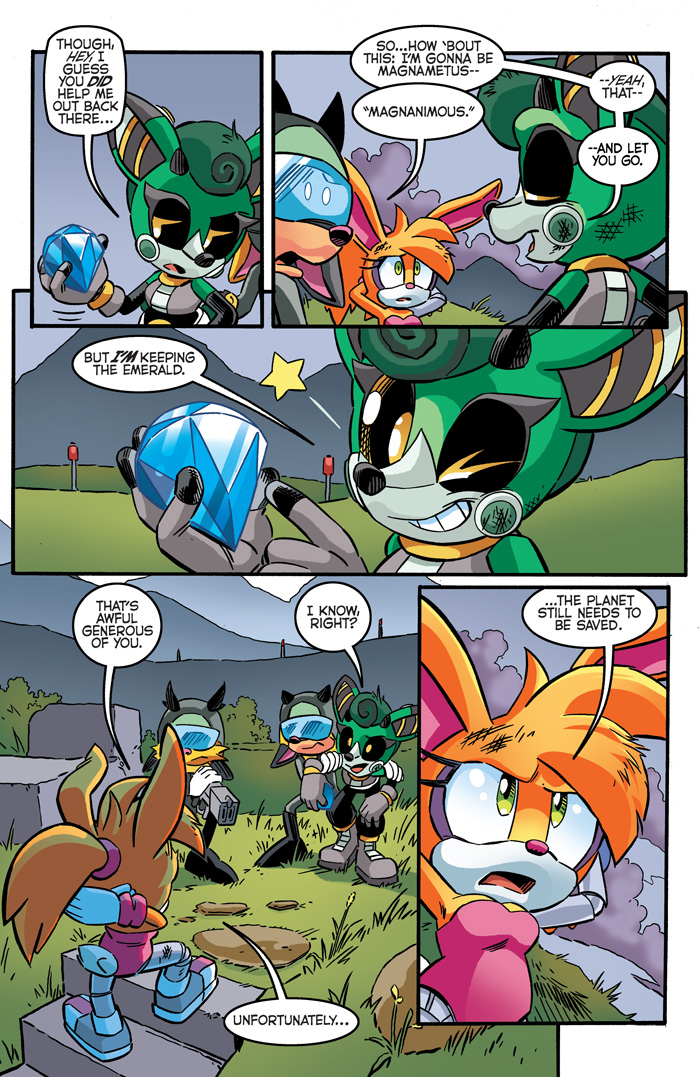