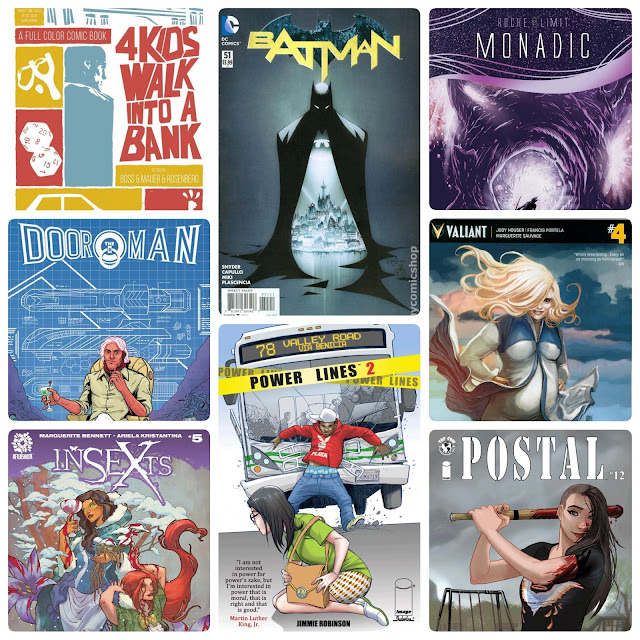 This week in comics we say goodbye to the superstar team of Scott Snyder and Greg Capullo as the creative force behind DC Comic's flagship series 'Batman.' The comic book that keeps the #2 comic book publisher afloat and relevant will usher in a new era with Tom King and artists David Finch and Mikel Janin after today's #51 issue. Not to worry though, Snyder will remain in the Bat-verse as writer on 'All-Star Batman' with art by John Romita, Jr., Jock, Sean Murphy and others. Capullo will be working with Mark Millar on a creator-owned project. The talented duo have already cemented their place in comic book lore with one of the best runs in the Batman's history. Get their last issue today.

Also, check out this week's recommendations of notable new releases as well as this week's musical slideshow featuring the music of the legendary Prince who passed away too soon. 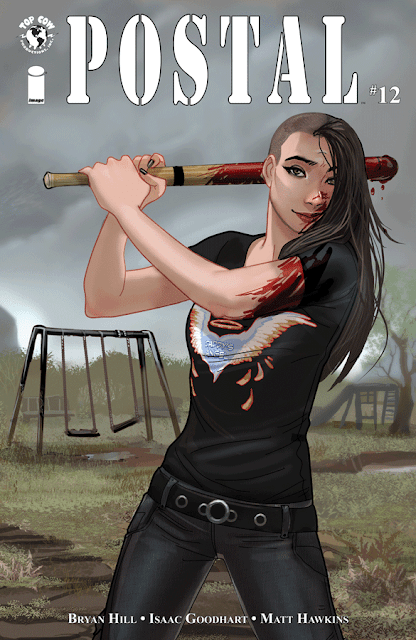 Written by Bryan Edward Hill. Art by Isaac Goodhart. Cover by Linda Sejic. In order to protect his mother and Eden, Mark embraces his darkest nature, risking his conscience, his soul, and his life to stop Eden from slipping into chaos. Cover price $3.99. 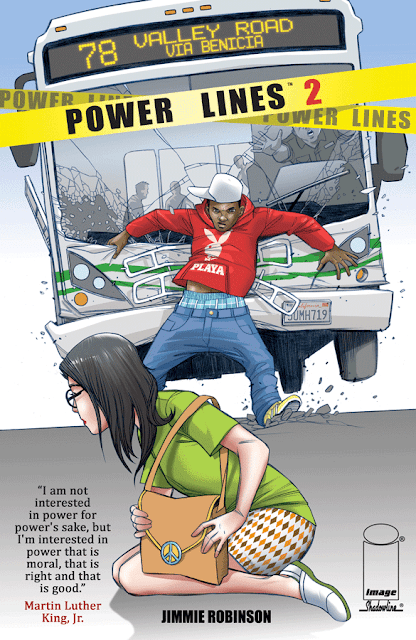 Story, Art and Cover by Jimmie Robinson. 'Denial' A local youth and a middle-aged woman struggle with their newly discovered superpowers. Meanwhile, the media invades their privacy, their families don't understand, and worse yet-the two superheroes don't even like each other. All that changes when a mysterious man claims to have the answers. Cover price $3.99. 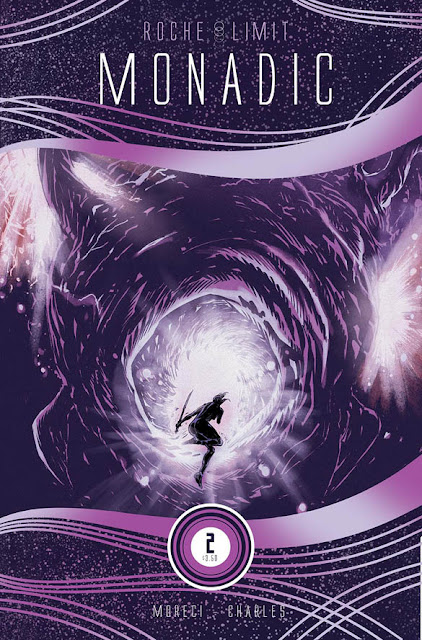 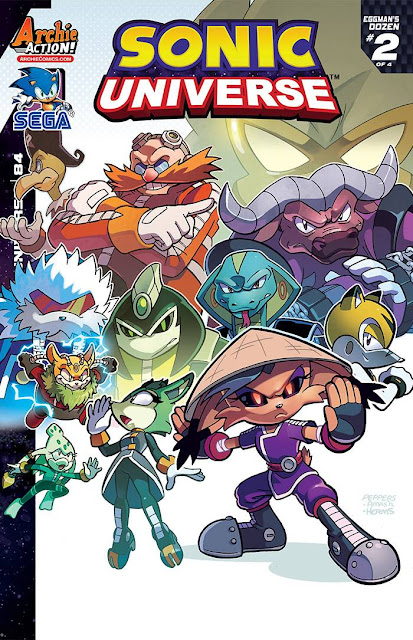 Eggman’s got the MASTER PLAN in “Eggman’s Dozen” Part Two: Dr. Eggman has suffered a humiliating defeat at the hands (and claws!) of the malicious Naugus Twins!  But everyone knows that you just can’t keep a good villain down-so what’s a demented doctor to do? Form a coalition of evil! When Dr. Eggman forms a strike team of his Egg Bosses around the world to strike back, will these misfit minions mesh into a fighting force?  And what sinister secret is Dr. Eggman using to keep them in line? Featuring cover art by jamming Jamal Peppers and an awesome “Boss Attack” variant by lightning Lamar Wells! 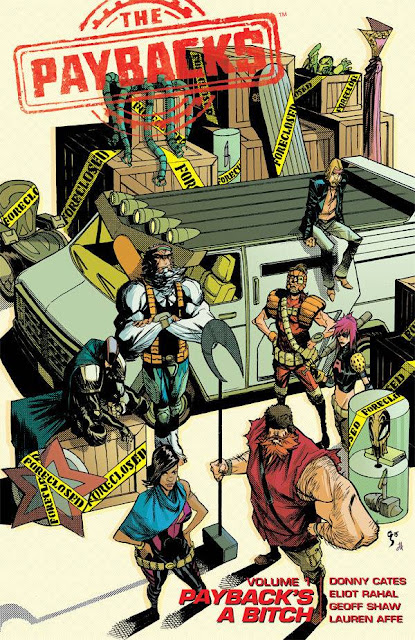 Written by Marguerite Bennett. Art and Cover by Ariela Kristantina. Ambushed by an ancient and mysterious order, the lovers battle monsters in the shadows of London. With their true enemy revealed at last, Lady and Mariah race to rescue the stolen women from the clutches of the Hag! Cover price $3.99. 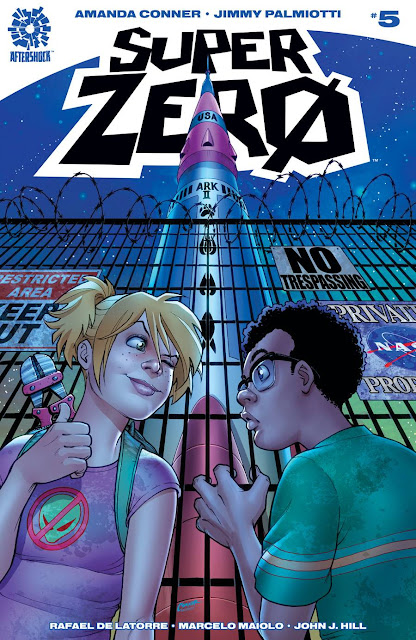 (W) Amanda Conner, Jimmy Palmiotti (A) Rafael de Latorre (CA) Amanda Conner
Dru takes the ultimate ride and winds up interacting with her new best friends in the space station orbiting Earth...but all is not as it seems when Dru's dreams become a reality in the worst way. 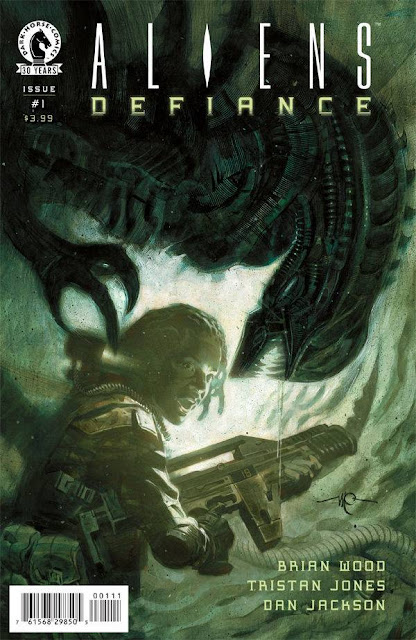 Written by Brian Wood. Art by Tristan Jones. Cover by Massimo Carnevale. Battling demons from her past while fighting for her life, Colonial Marine Private First Class Zula Hendricks, in the company of Weyland-Yutani synthetics, is forced to question her strength and loyalty when the discovery of an insidious alien species on a derelict hauler sends her on a dangerous journey across the stars. Cover price $3.99. 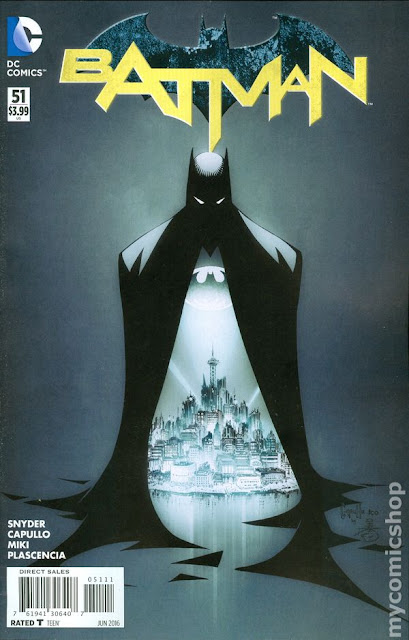 Written by Scott Snyder. Art and Cover by Greg Capullo and Danny Miki. Batman has battled everything from the Court of Owls to Mr. Bloom to the Joker, but how does he handle a quiet night in Gotham City...? Cover price $3.99. 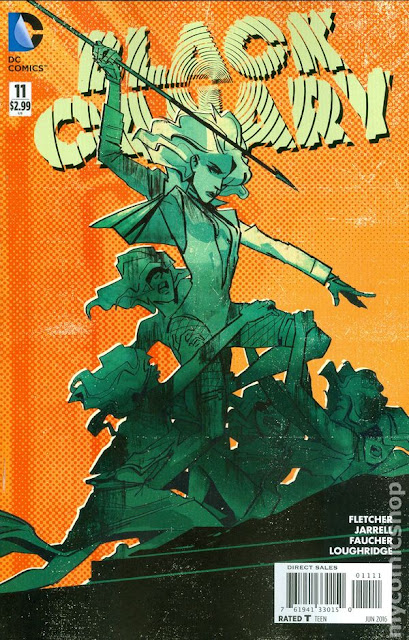 Written by Brendan Fletcher. Art by Sandy Jarrell. Cover by Annie Wu. The true scope of what Dinah's up against stands revealed-and it's an infernal evil that's out of this world! What did this sinister presence do to Dinah's missing mother...and what horrible bargain has the mysterious white ninja made with it? Cover price $2.99. 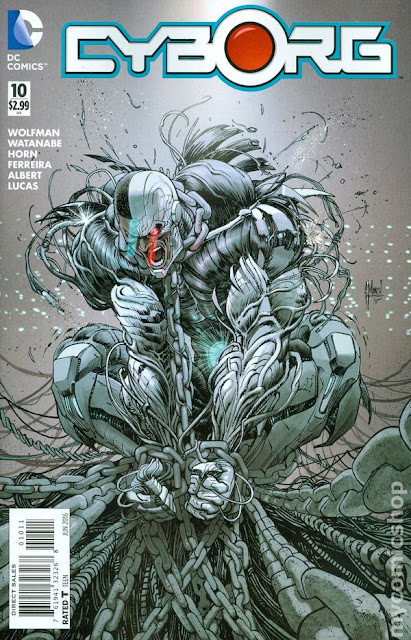 Written by David Walker. Art by Felipe Watanabe and Oclair Albert. Cover by Guillem March. The government has confiscated Cyborg's technology by imprisoning him. But they have no idea just how powerful Vic Stone has become-and neither does Cyborg himself! New abilities are revealed as Vic makes the prison break of the century! But even with his newfound powers, can he stop what's going to happen next?! Cover price $2.99. 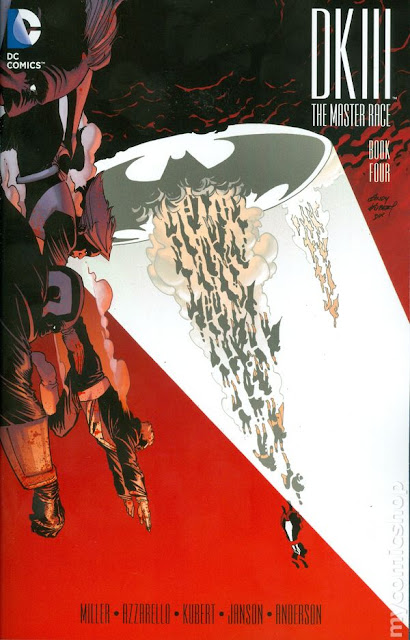 Written by Frank Miller and Brian Azzarello. Art by Andy Kubert & Various. Cover by Andy Kubert and Klaus Janson. The Master Race will rise. Cities will fall. Bruce Wayne is dead. What will the heroes of the world do to save it? Cover price $5.99. 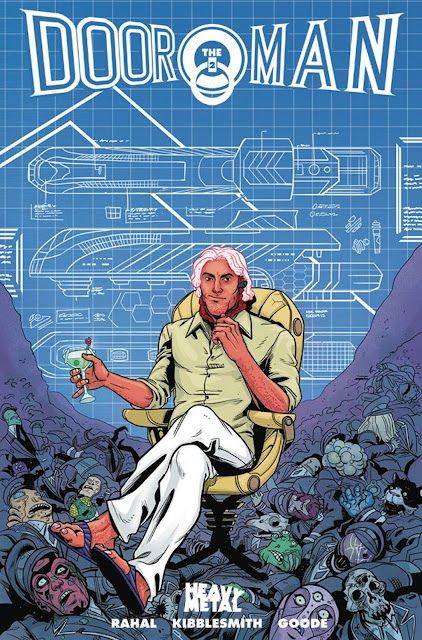 Written by Eliot Rahal and Daniel Kibblesmith. Art and Cover by Kendall Goode. Henry's marooned on an alien planet. Detective Flower's been shot. Charming gazillionaire, Carlisle Moongale, just murdered every other Doorman in the galaxy. Now, Henry must convince corrupt space cops to go after the universe's richest man - or learn that in space, no one can hear you squeal! Cover price $3.50. 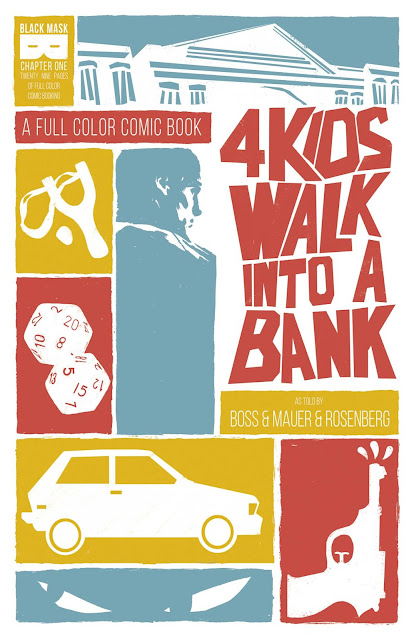 Written by Matthew Rosenberg. Art and Cover by Tyler Boss. A fun(ish) crime caper about children! Eleven-year-old Paige and her weirdo friends have a problem: a gang of ex-cons need her dad's help on a heist... the problem is those ex-cons are morons. If Paige wants to keep her dad out of trouble, she's going to have to pull off the heist herself. Like Wes Anderson remaking Reservoir Dogs, 4KWIAB is a very dark & moderately humorous story about friendship, growing up, D & D, puking, skinheads, grand larceny, and family. Cover price $3.99. 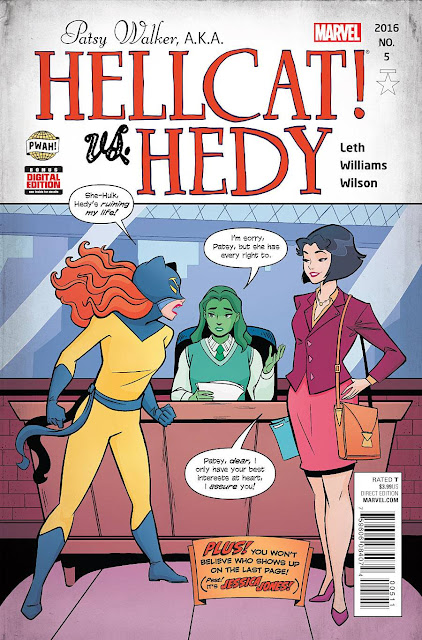 Written by Kate Leth. Art and Cover by Brittney Williams. Hellcat's out of the bag! I guess she was never in one, but she IS trapped, along with her favorite shieldmaiden, VALKYRIE! Not only that, but she's late for a very important meeting with the infamous HEDY WOLFE. Can Patsy and friends make it out of this one? Answer: NO! They all die and the series is over. APRIL FOOLS!...Or is it?!?! Rated T Cover price $3.99. 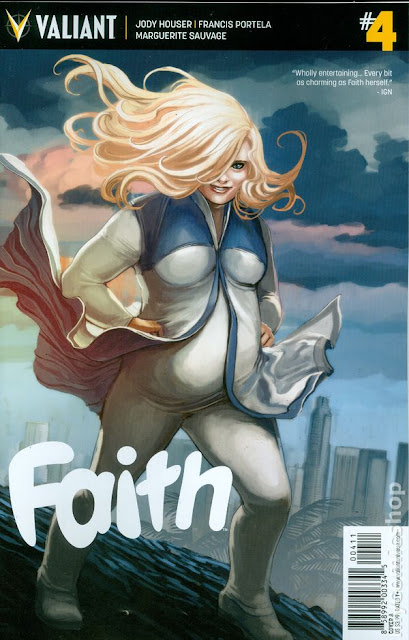 Written by Jody Houser. Art by Francis Portela and Marguerite Sauvage. Cover by Stephanie Hans. Outnumbered, outgunned, and out of time - but never out of Faith! Mild-mannered blogger by day and aspiring superhero by night, Faith Herbert never imagined she'd find herself at the center of a story like this! Pursued by the agents of a stealth extraterrestrial invasion at every turn, this former Harbinger Renegade is about to realize that Earth needs a new kind of hero to save the day. Cover price $3.99. 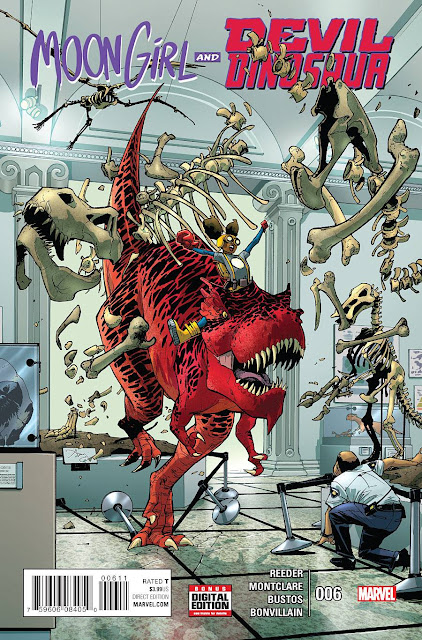 Written by Amy Reeder and Brandon Montclare. Art by Natacha Bustos. Cover by Amy Reeder. THE FIRST CHAPTER OF THIS UNLIKELY FRIENDSHIP COMES TO AN EPIC CONCLUSION! The KILLER FOLK have the NIGHTSTONE, the key to curing Lunella's INHUMAN gene! DEVIL DINOSAUR is trapped in the MUSEUM OF NATURAL HISTORY! LUNELLA LAFAYETTE must decide between saving her new best friend…or saving her own humanity! Rated T Cover price $3.99. 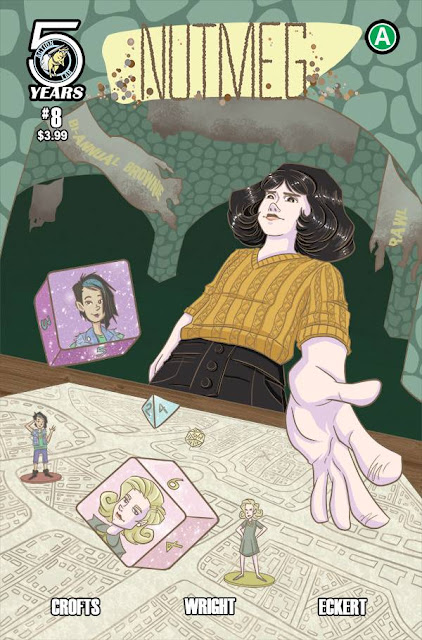 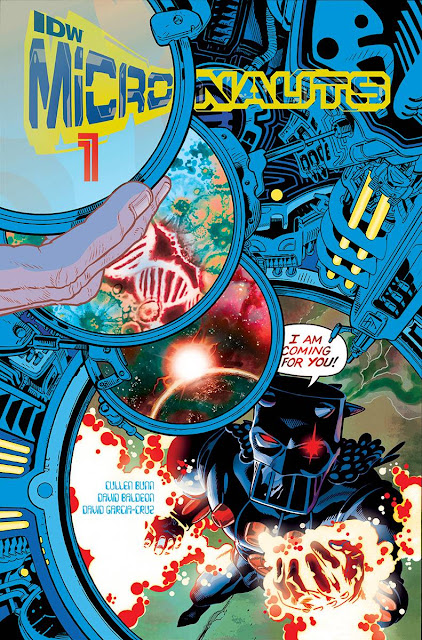 Written by Cullen Bunn. Art by David Baldeon. Cover by J. H. Williams. THEY CAME FROM A DYING UNIVERSE! ACROYEAR, SPACE GLIDER, BIOTRON and their allies are back, on the run from the evil BARON KARZA, and blasting through a universe where magic and science vie for control! With resources dwindling, the long-lost TIME TRAVELERS may hold the key to salvation… but will it mean armageddon for our world? Cover price $4.99. 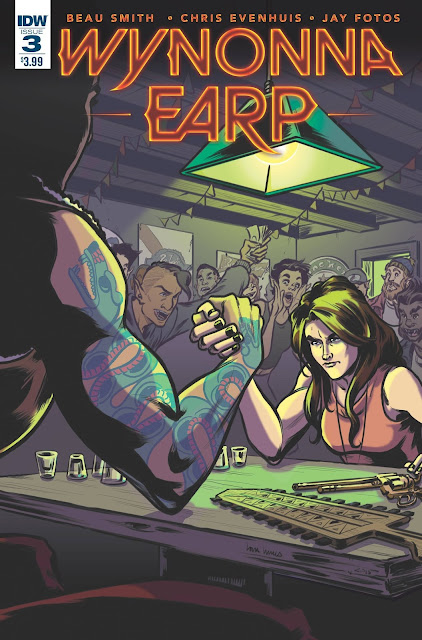 (W) Beau Smith (A) Chris Evenhuis (CA) Lora Innes
After bringing down Mars Del Rey's cannibal cartel, Wynonna Earp needs to unwind... what better way to do that than chasing down a dangerous half-demon fugitive with the help of a new partner? All in a day's work for the US Marshals Black Badge division's finest! 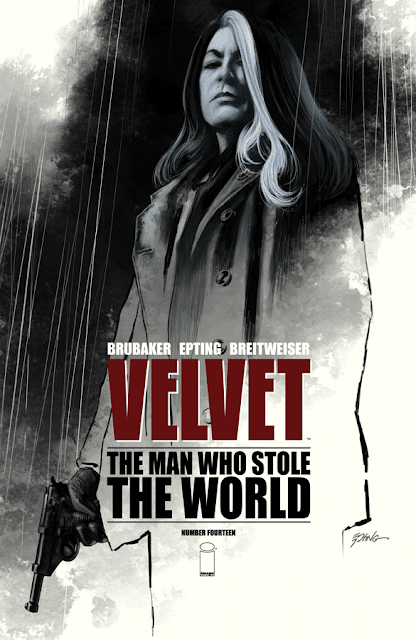