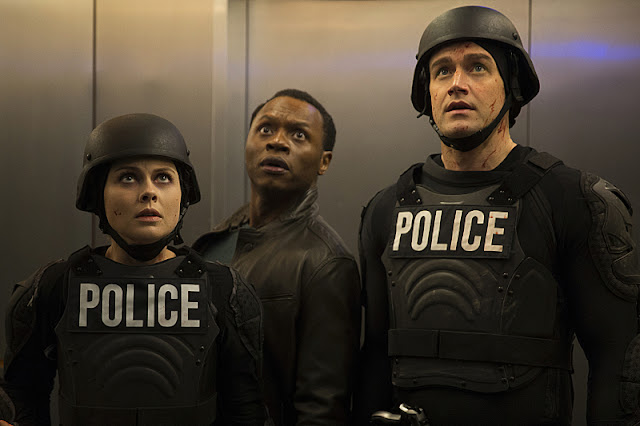 Season two of 'iZombie' is expected to come to an explosive end tonight during its two-hour finale. If you thought season one's cliffhanger of a finale was epic wait until you see what the show's creator Rob Thomas has planned.

"This season finale will not only be bigger than last season's finale, but I would even say a lot bigger -- twice as big," executive producer and "Veronica Mars" mastermind Rob Thomas reveals. "It may be the biggest episode of television I've ever had my name on."

Thomas also teases that not everybody makes it out alive either. Major is in jail hungering for brains which could spark a widespread zombie apocalypse if Liv doesn't find a way to get him out. At some point during the finale, Major joins Liv and Detective Babineaux in infiltrating Vaughn's party and Ravi isn't very pleased about Blaine reaching out to Peyton.

The two-part "iZombie" Season 2 finale airs tonight at 8 p.m. ET/PT on The CW.

Can Liv rescue the men in her life? Find out on iZombie's two-hour finale event Tuesday at 9/8c on The CW!


Can Liv stop a zombie apocalypse? Find out on iZombie's two-hour finale event, Tuesday starting at 8/7c on The CW!