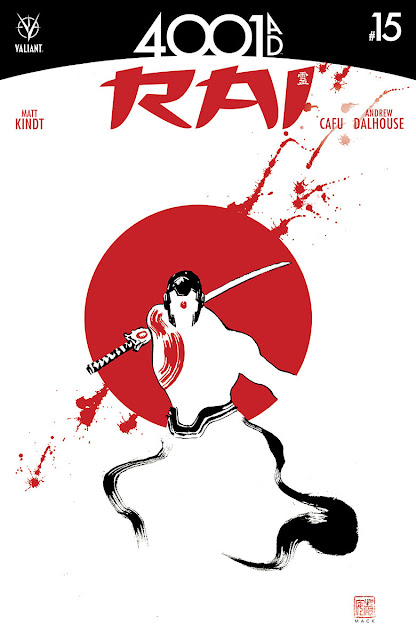 As Father erects his floating kingdom of New Japan, nothing will stop him from asserting complete control over the millions who now fall under his gaze! And to ensure total subjugation, he will create the greatest “spirit guardian” New Japan has ever known – the fourth Rai! But as Father unleashes his most powerful warrior yet, has even he gone too far in his bid for absolute power?

Join 4001 A.D. mastermind Matt Kindt and fan-favorite artist CAFU as they continue to unearth the missing links connecting the world of today with 4001 A.D.’s empire of tomorrow! 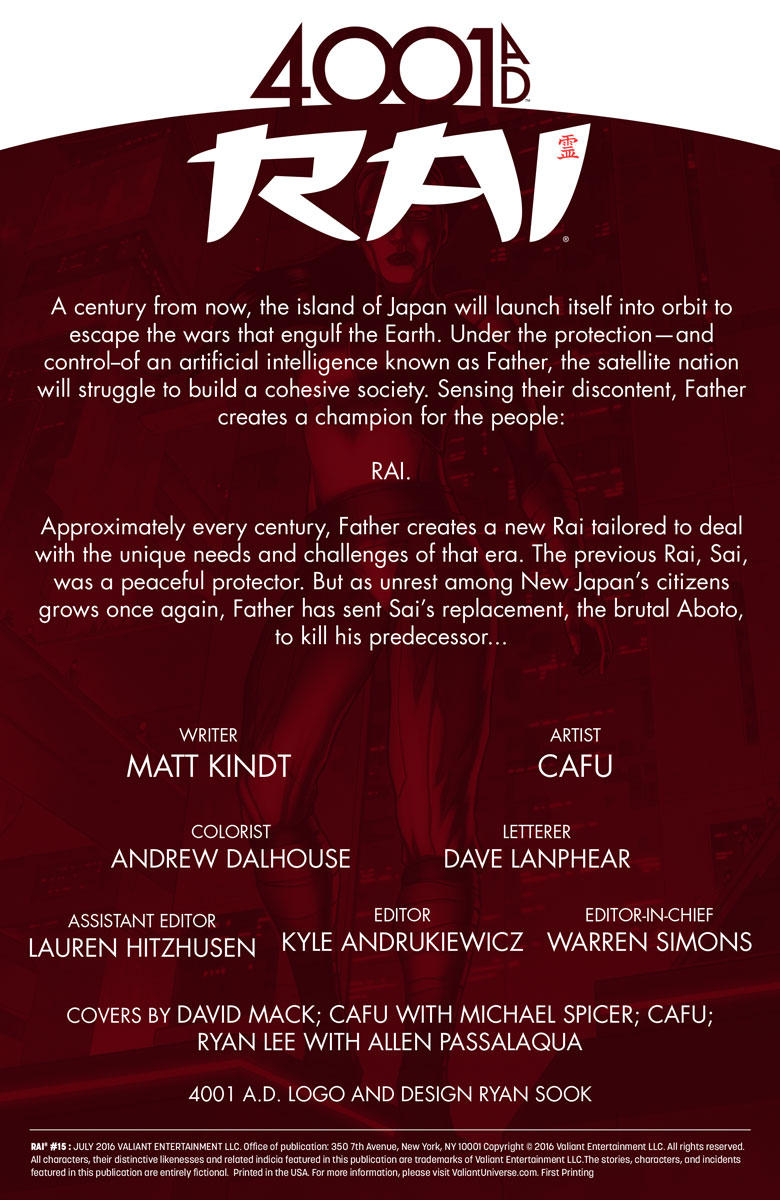 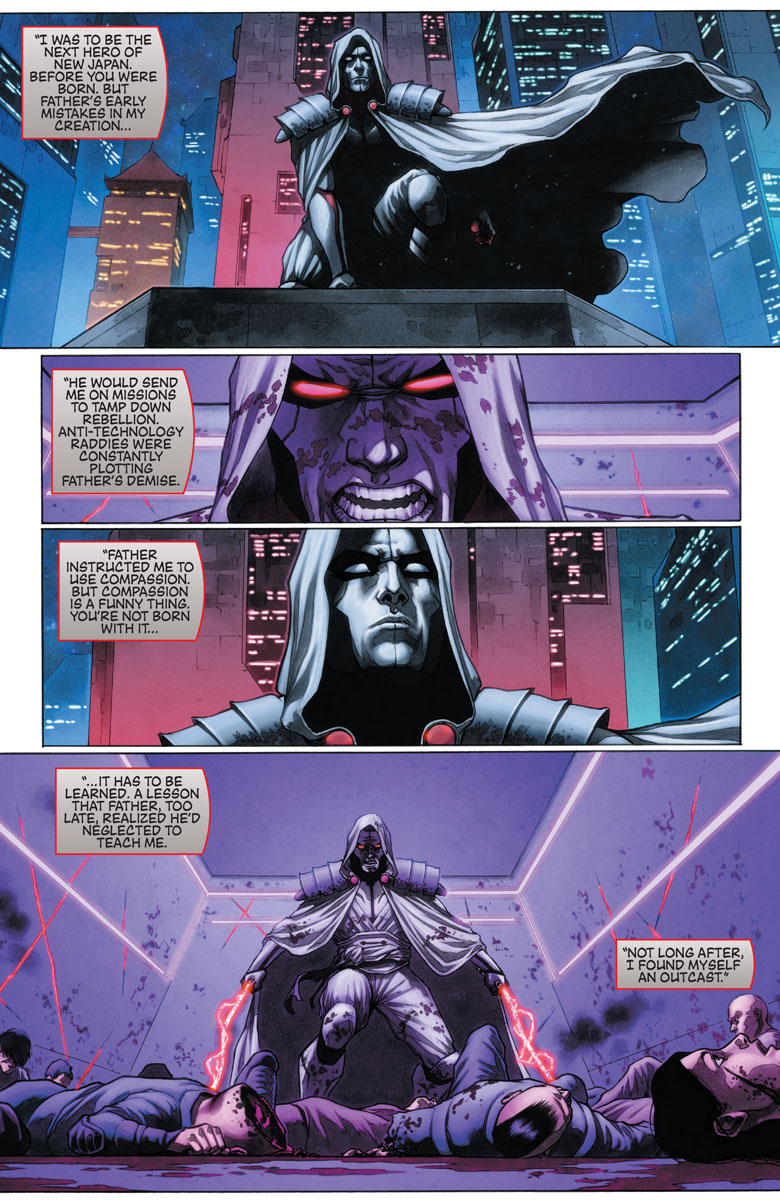 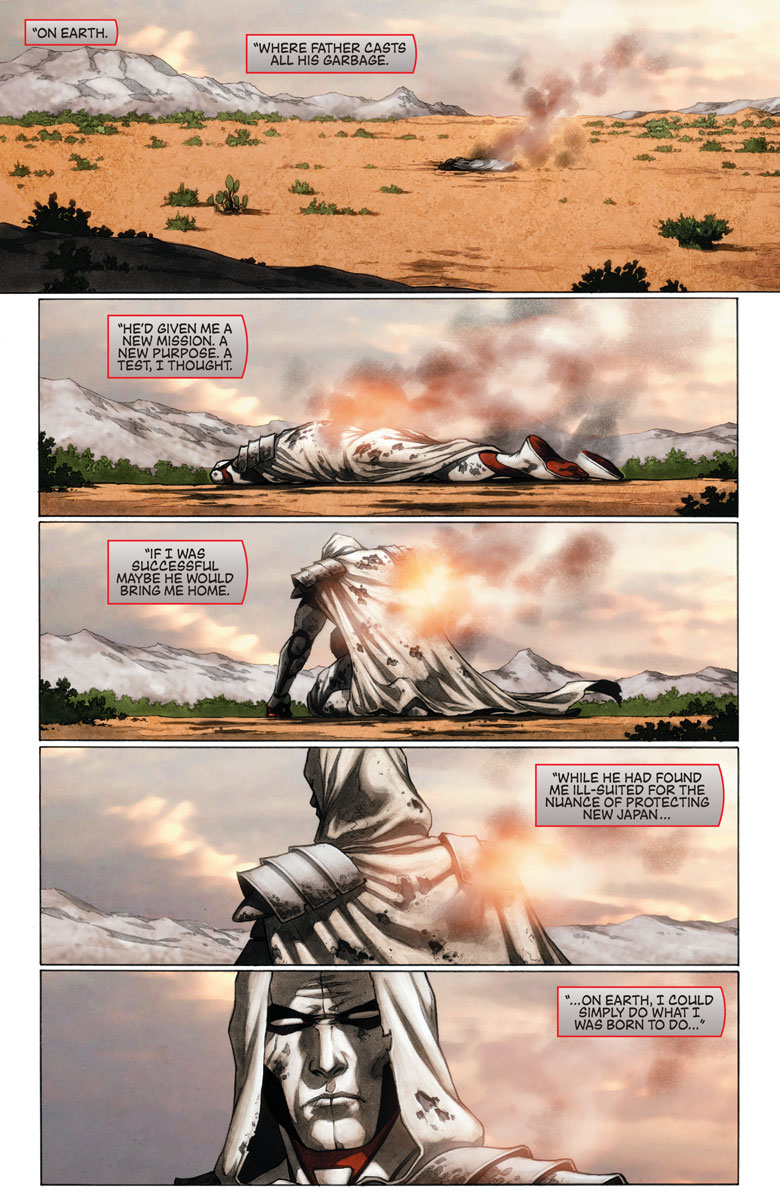 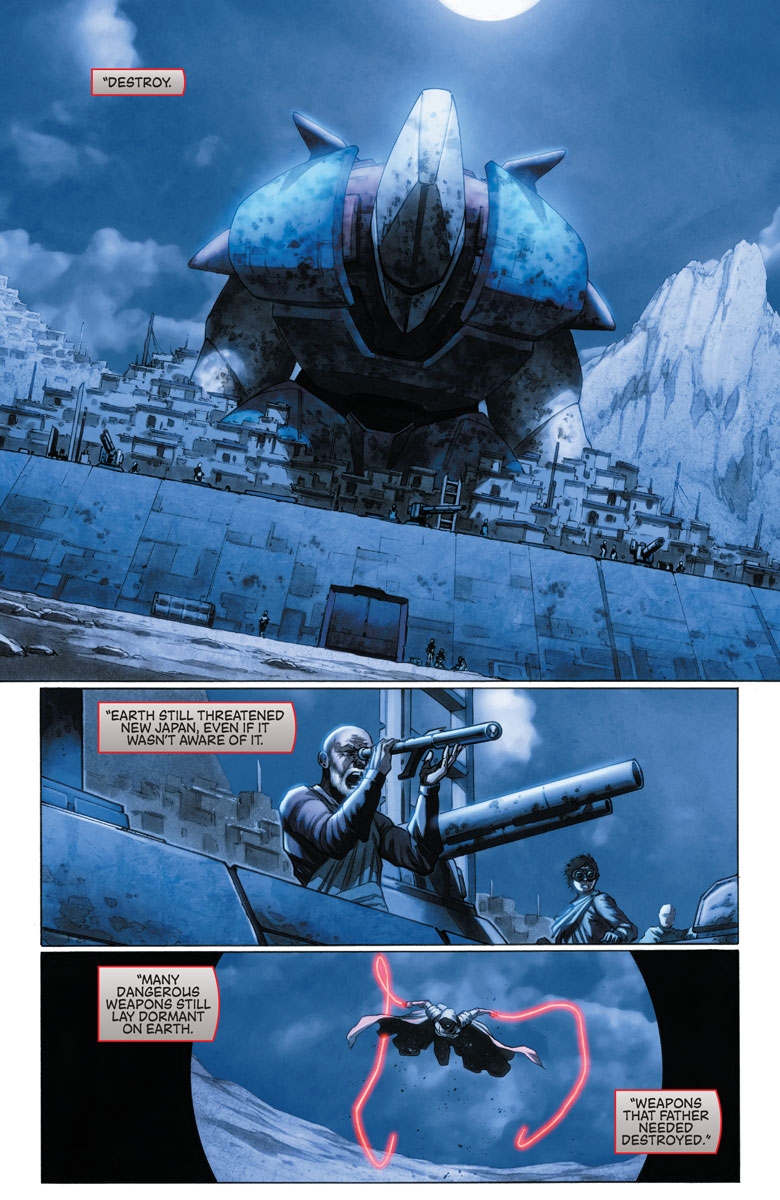 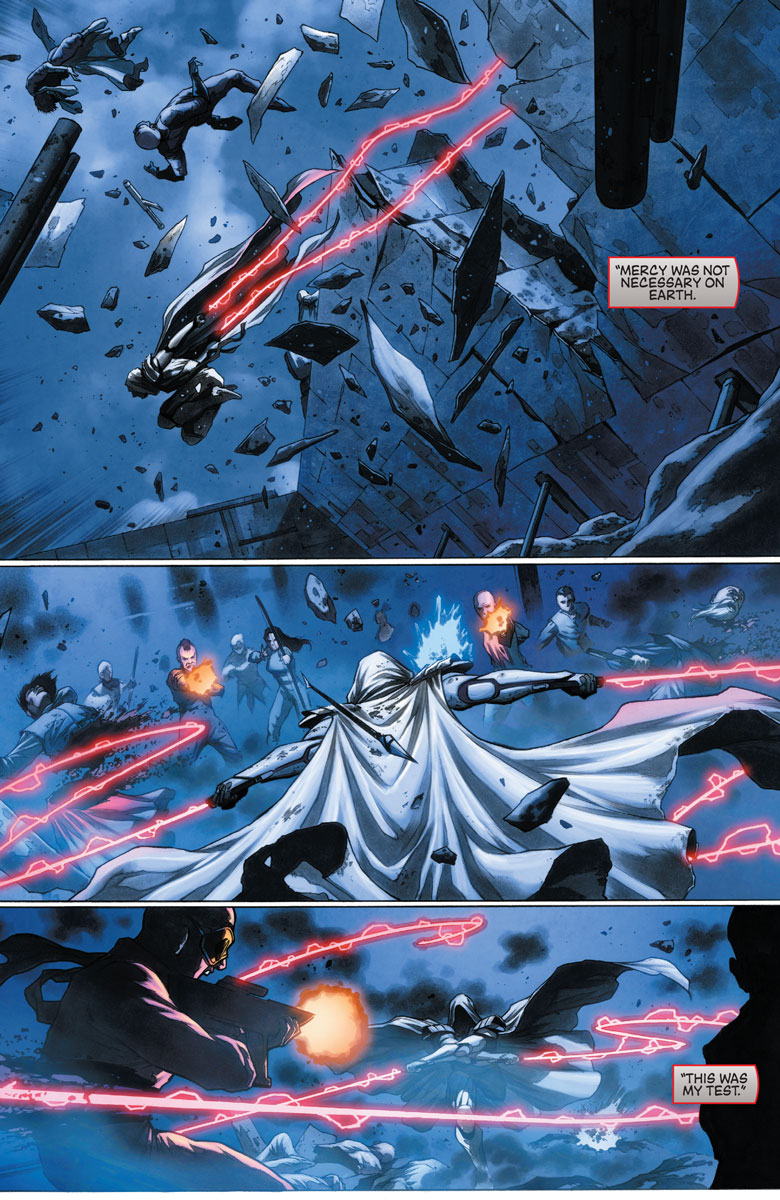 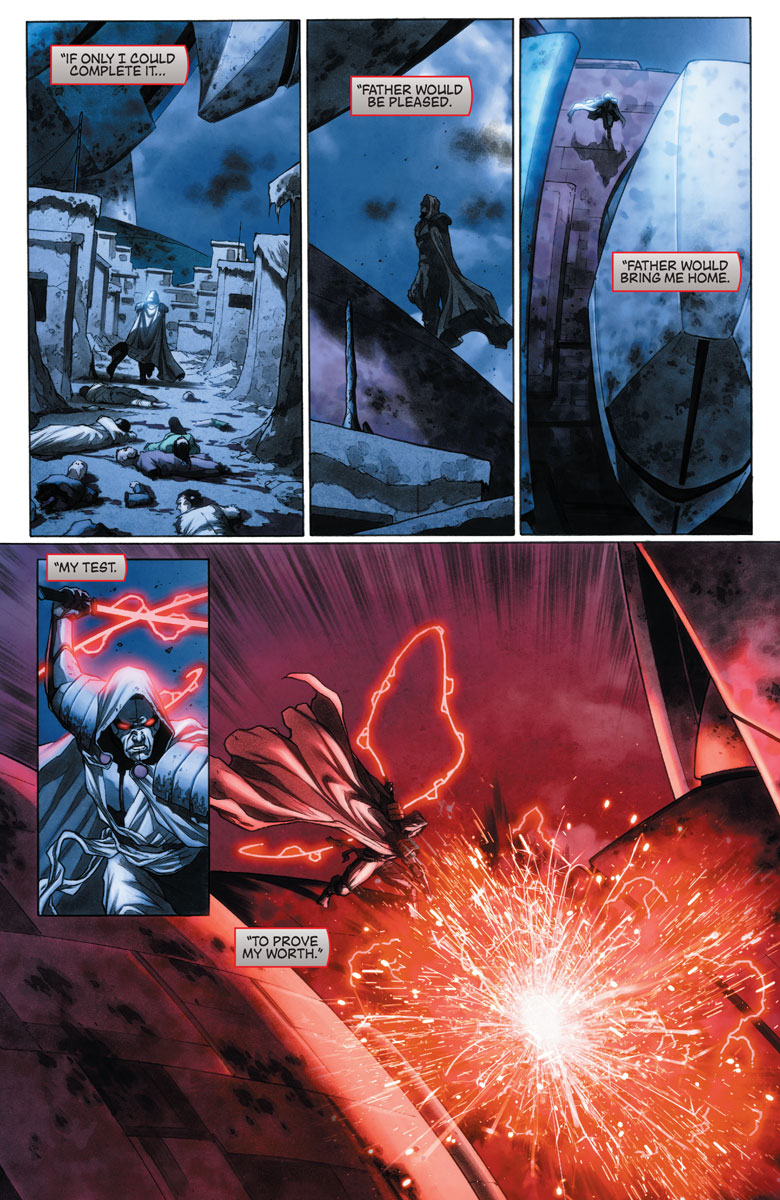 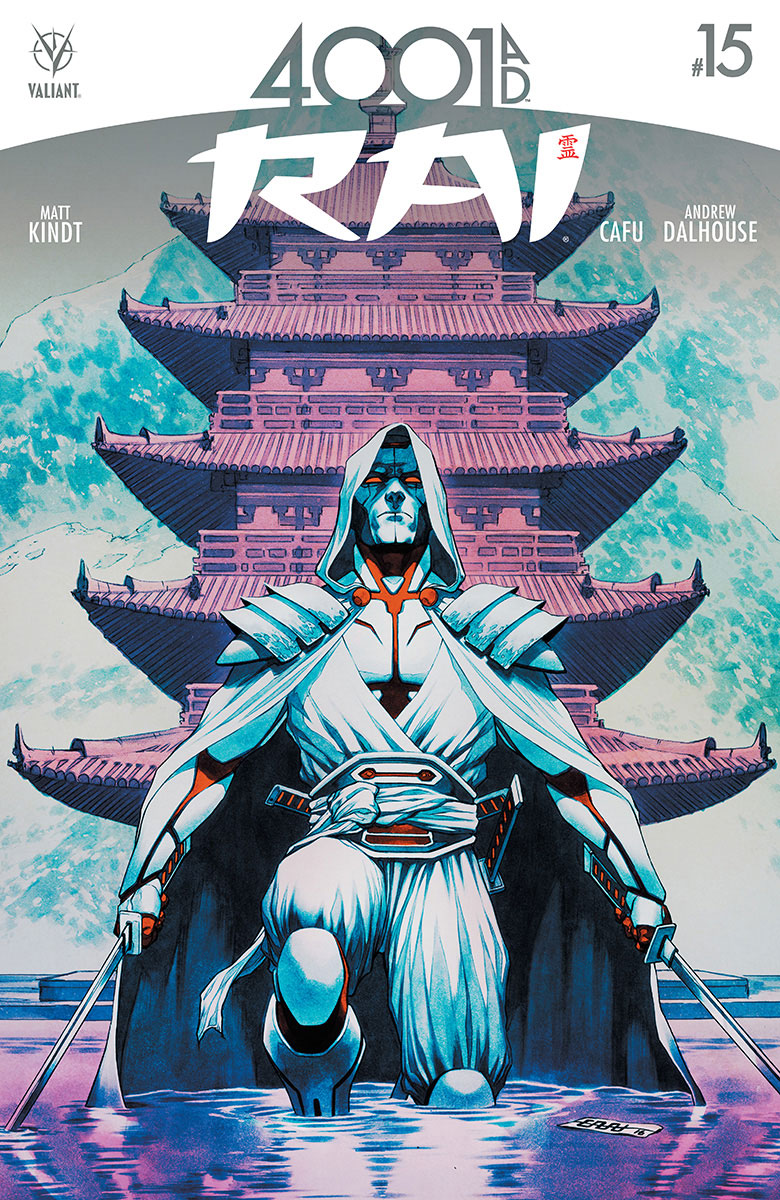 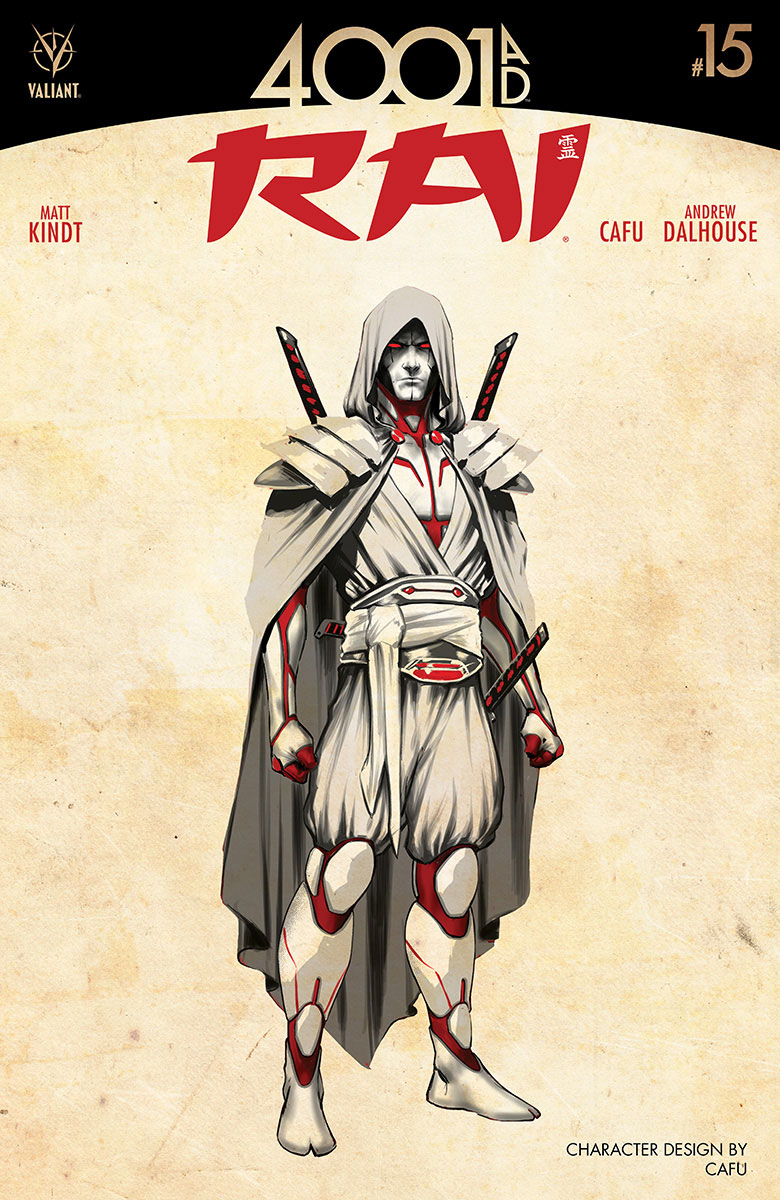 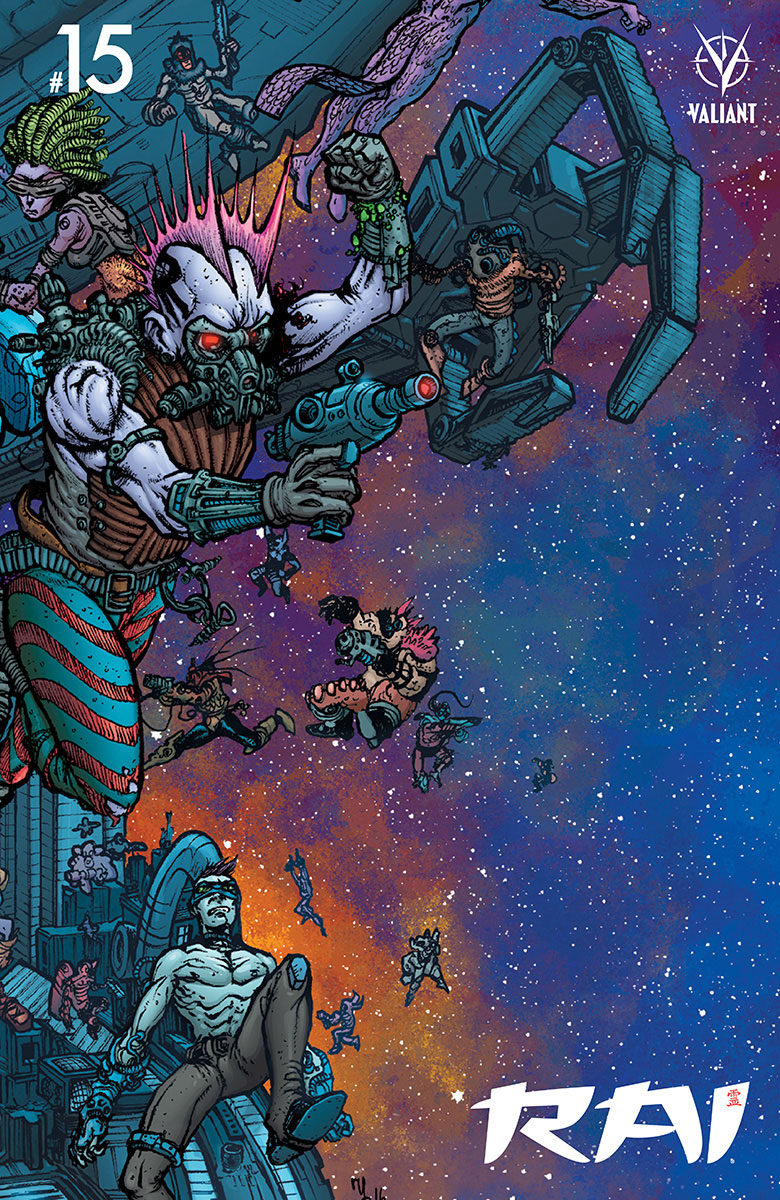