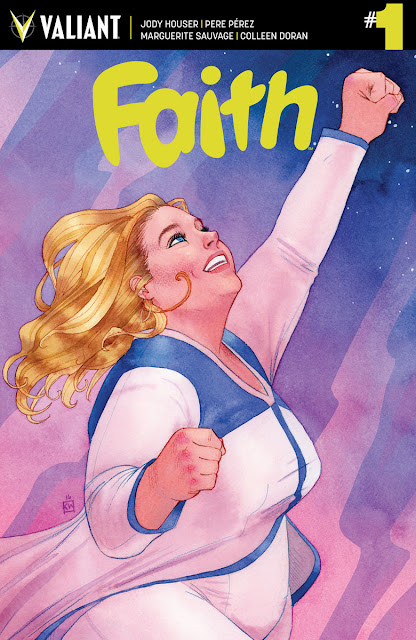 Valiant is proud to announce that FAITH #1 – the hotly anticipated FIRST ISSUE of Faith "Zephyr" Herbert's history-making ongoing series and the lead title of "THE FUTURE OF VALIANT" initiative – has topped more than 30,000 copies in pre-orders and counting, making it the most successful independent superhero debut of the year!

Soaring out of the pages of her highly publicized and five-time sold-out limited series, Faith's adventures as Los Angeles' most popular superhero continue on July 20th in FAITH #1 – an all-new jumping-on point from breakout writer Jody Houser (Mother Panic), Harvey Award nominee Pere Perez (ARCHER & ARMSTRONG) and Russ Manning Award nominee Marguerite Sauvage (DC Comics Bombshells), alongside a never-before-seen origin sequence featuring Eisner Award-winning artist and comics icon Colleen Doran (The Sandman)! From The New York Times and The Atlantic to The Guardian and The Huffington Post to Today and People, find out why Faith is the singular superhero grabbing the spotlight worldwide – and why Valiant's reputation for quality storytelling is unrivaled anywhere in the comic book industry today! 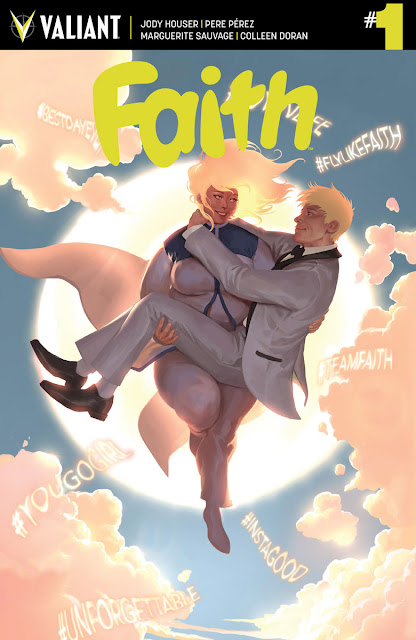 In a city under siege by robots, aliens, monsters and, even worse, celebrities, there is only one woman the people of Los Angeles can count on: the stratospheric superhero called Faith! Aspiring reporter by day and dedicated crime-ﬁghter by night, Faith has tackled every obstacle in her path with confidence – like those crushing deadlines at work, the long-distance boyfriend half a world away, and the missing back issues that plague her comics collection! But, unbeknownst to her, Faith is about to collide with the one force she never saw coming: an up-and-coming super-villain bent on snuffing her out once and for all! But who is lurking behind the mask of her new foe…and could they be the one person capable of rendering Faith powerless?

Plus: To celebrate Faith's stunning accomplishment as the leading independent superhero of 2016, Valiant is expanding FAITH #1's already jam-packed line-up to a massive 48 pages that will also include "THE FUTURE OF VALIANT" Sneak Preview – a specially manufactured, 20-page flipbook insert spotlighting an all-new wave of ongoing series, prestige format projects and standalone events! Officially kicking off with FAITH #1 on July 20th, “THE FUTURE OF VALIANT” will extend throughout 2016 with a total of seven epic series – each introducing an innovative array of new concepts and characters…and firmly establishing Valiant’s place as the premier publisher of creative storytelling in comics today: 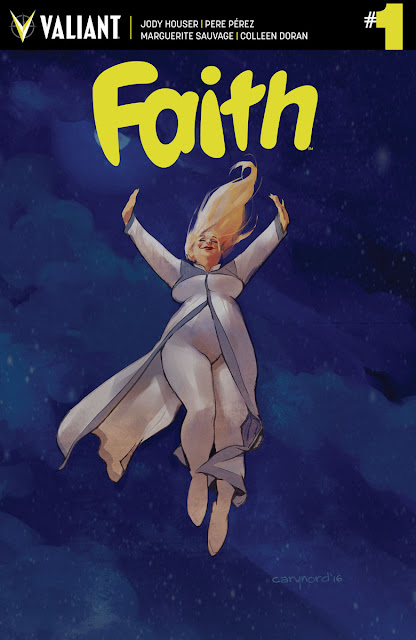 "At every turn, Faith has shattered expectations and defied convention to become, far and away, the breakout hero of 2016," said Valiant Publisher Fred Pierce. "Now, as she makes the long-awaited leap into her first monthly series, Jody Houser, Pere Perez, Marguerite Sauvage and Colleen Doran have accomplished something extraordinary and rocketed Faith toward her greatest accomplishment yet. There is no better character to launch the next great wave of Valiant titles, and now every new reader of FAITH #1 can find out why 'THE FUTURE OF VALIANT' is bright indeed." 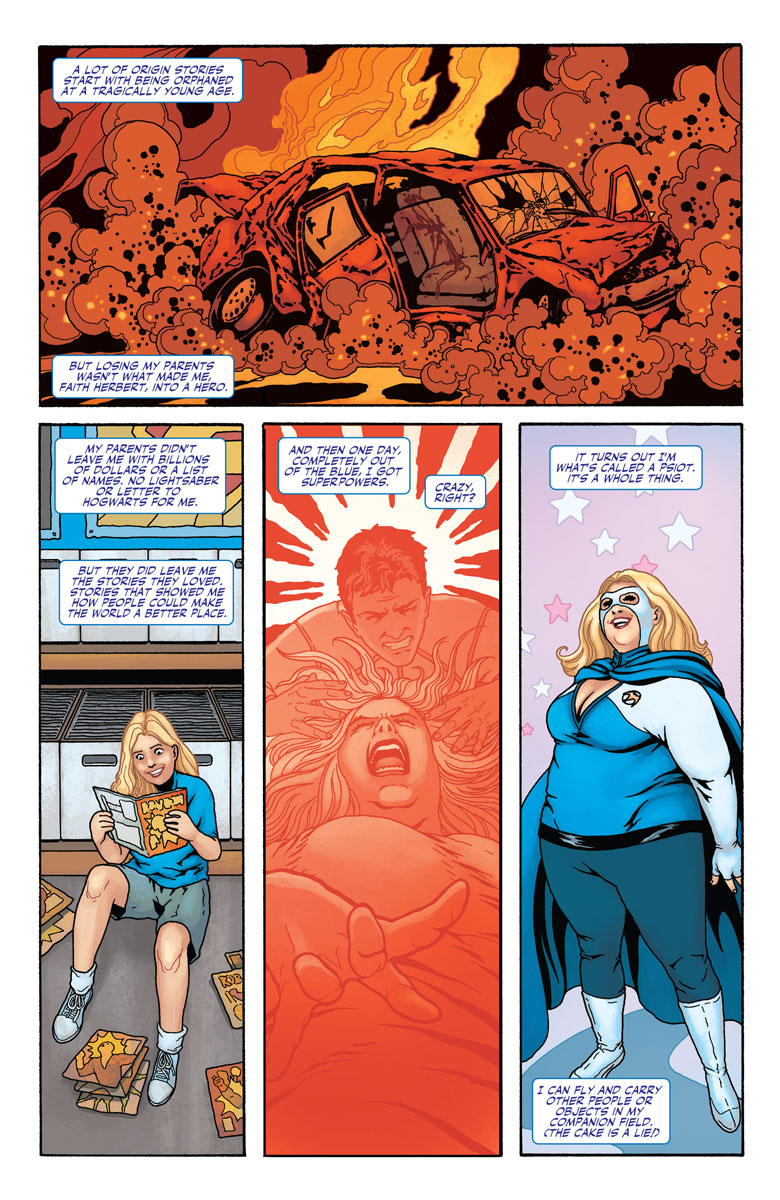 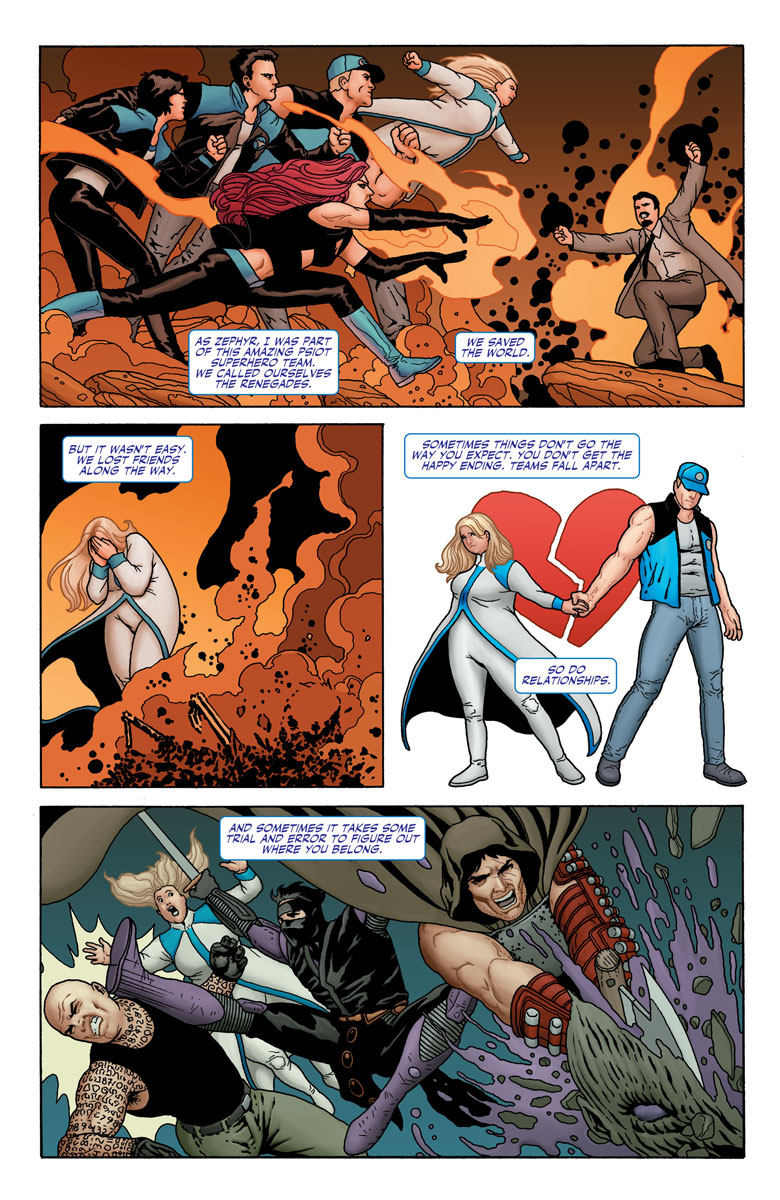 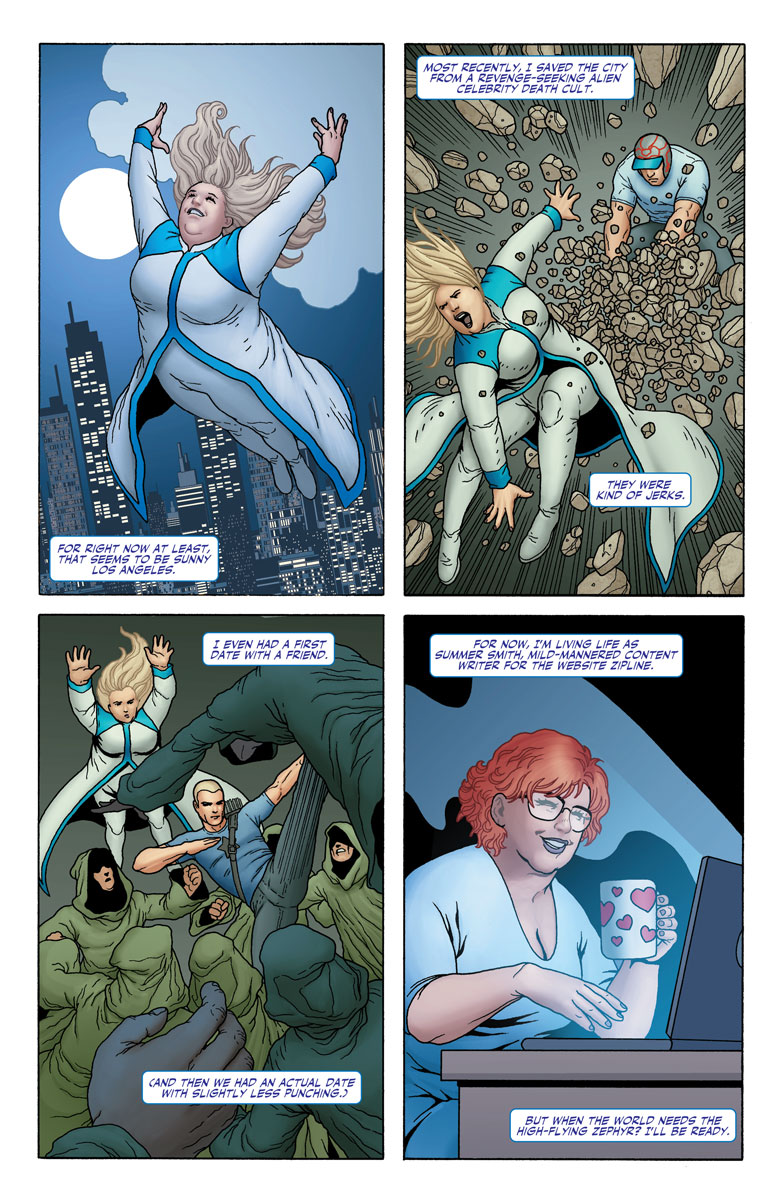 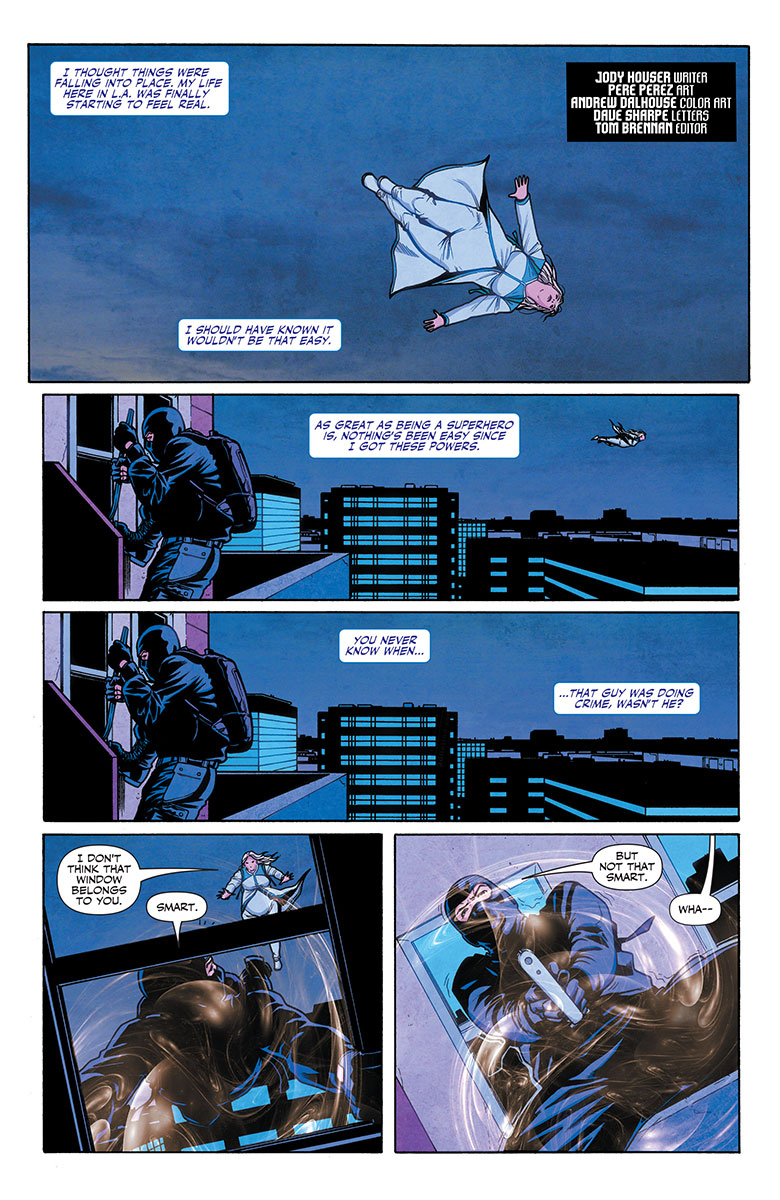 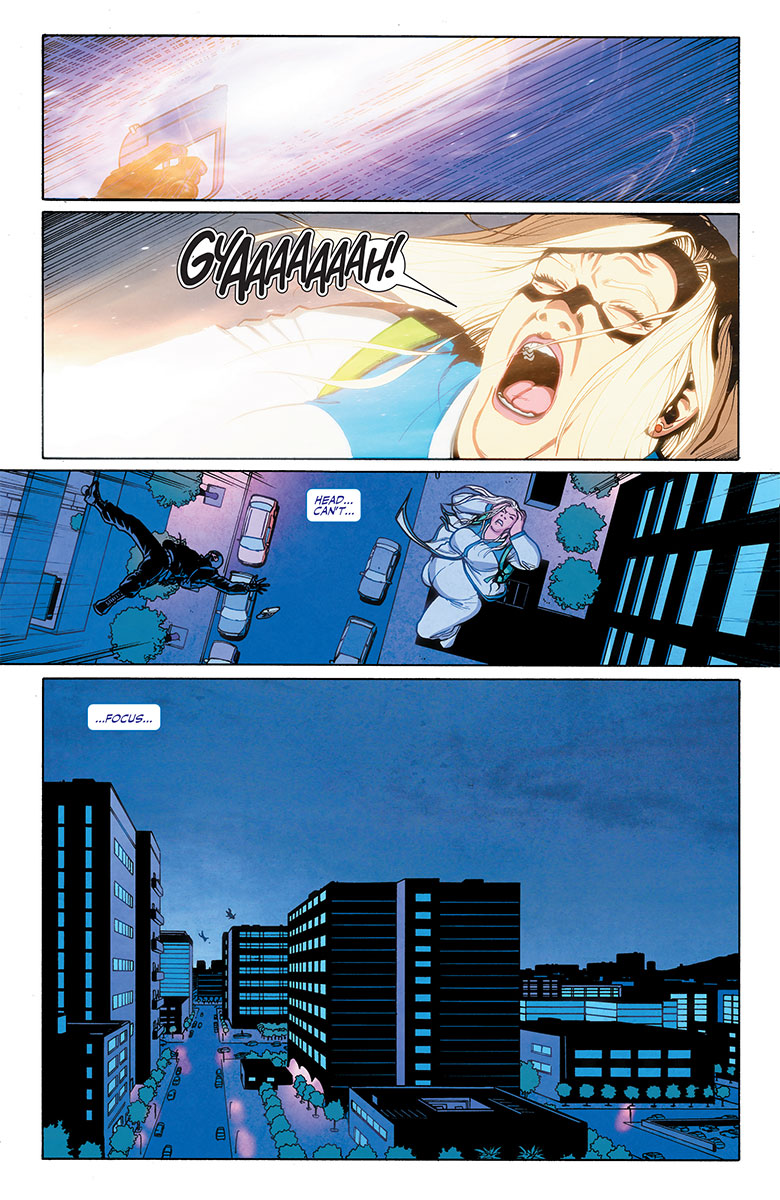 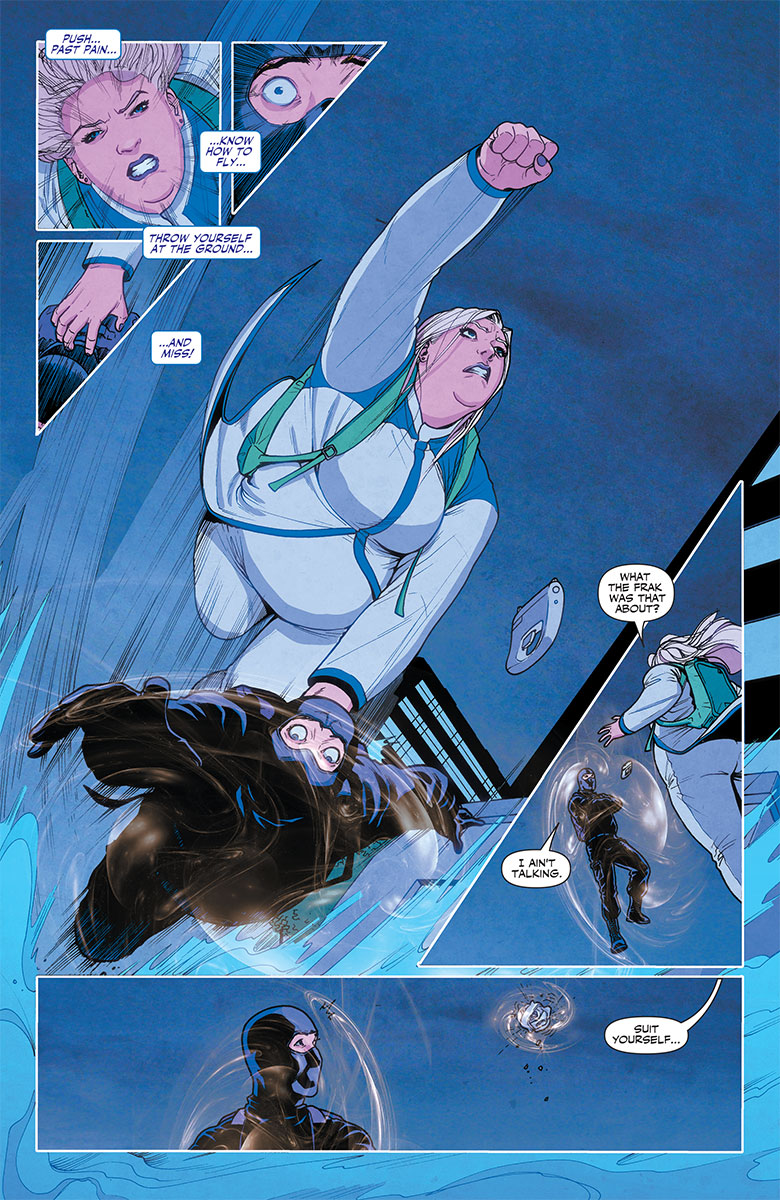 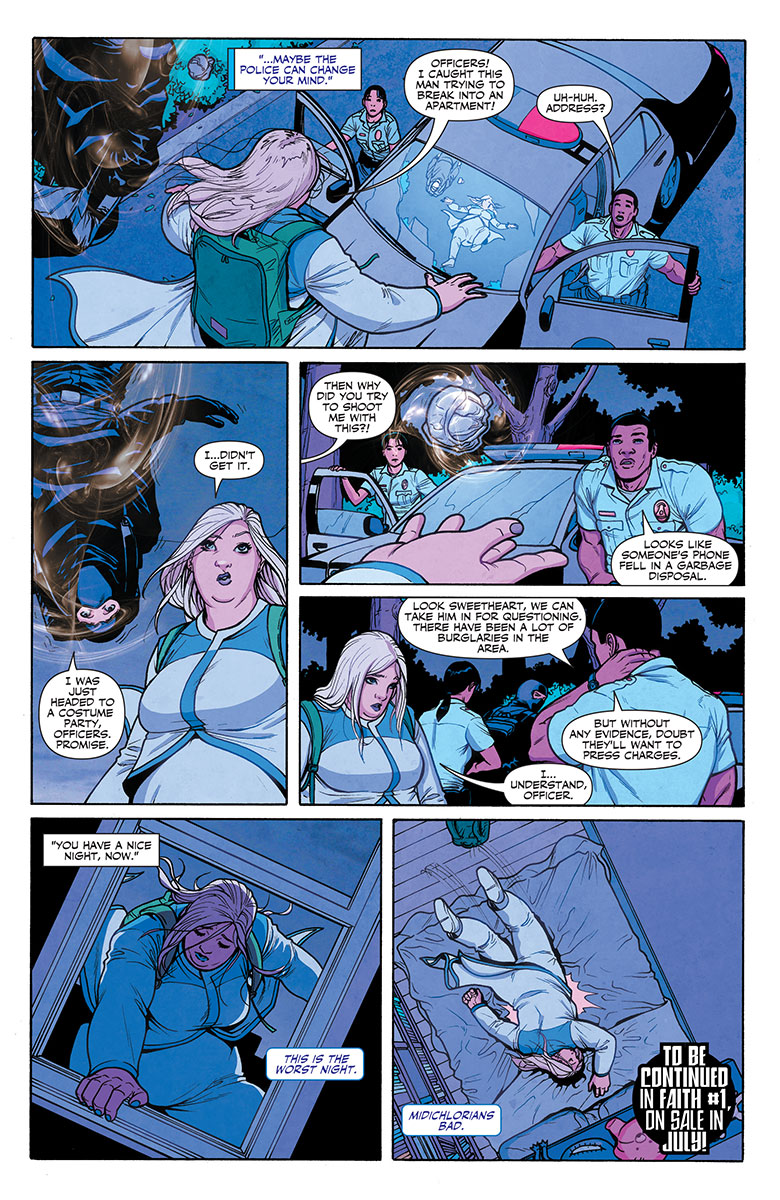