This week's haul of comics includes some groundbreaking stories that reflect the real-life diversity we live in. More importantly, these are great fun adventures that are relatable to everyone and made to entertain. Representation is important so take a look at Goldie Vance, Kim & Kim, Alters, and Cyborg to name just a few this week. Other books this week: Batman, Supergirl, Star Wars: Poe Dameron, Sonic Boom, Roche Limit Monadic TPB, Jughead, and new Image Comic Eclipse. See all of this week's notable new comics and check out the slideshow featuring music by Drake. Happy reading! 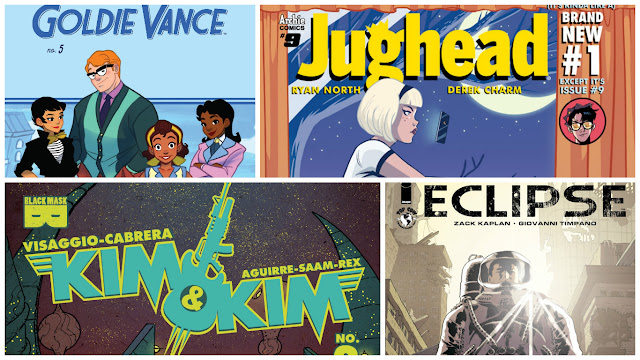 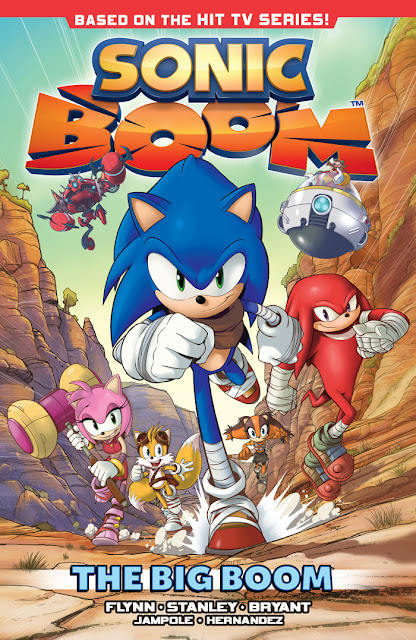 (W) Ian Flynn (A) Evan Stanley, Rick Bryant, Ryan Jampole, Jennifer Hernandez (CA) Patrick Spaz Spaziante
Sonic the Hedgehog and his friends are back and ready to do battle with the evil Dr. Eggman and his mechanical minions and diabolical death-machines! This new chapter in the Sonic the Hedgehog franchise puts a different "spin" on all your favorite heroes and villains-plus brand new faces and hilarious stories chock-full of action. Sonic and his friends Tails, Amy, Knuckles, and new member Sticks, must come together as a team to explore a new world full of comedy and adventure. Collects Sonic Boom #1-4. 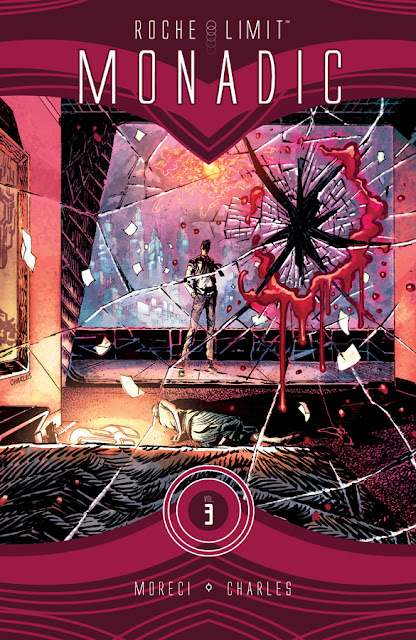 (W) Michael Moreci (A/CA) Kyle Charles
Earth is in ruins after the Black Sun's annihilation of the planet. Now, in the last remaining human city, its inhabitants fight for survival, while a chosen few realize that their world may not be what it seems.
Collects ROCHE LIMIT: MONADIC #1-4 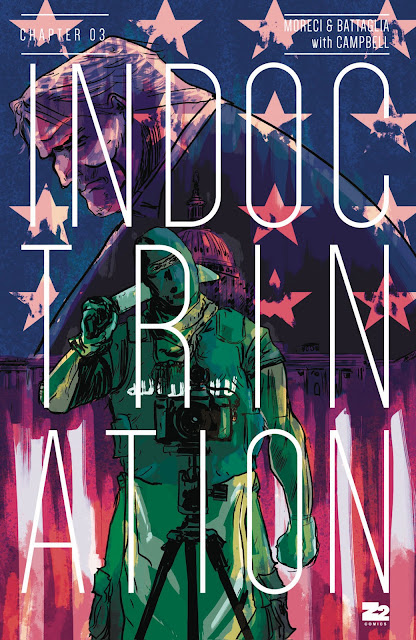 (W) Michael Moreci (A/CA) Matt Battaglia
The race is on when a video is released to the press showing a congressman's daughter kidnapped by the serpent tattoo killer. He makes no demands, and Trent and Georgia know there's little time left to bring her home alive. Denton provides them with a resource that could save the girl - but can they trust him? 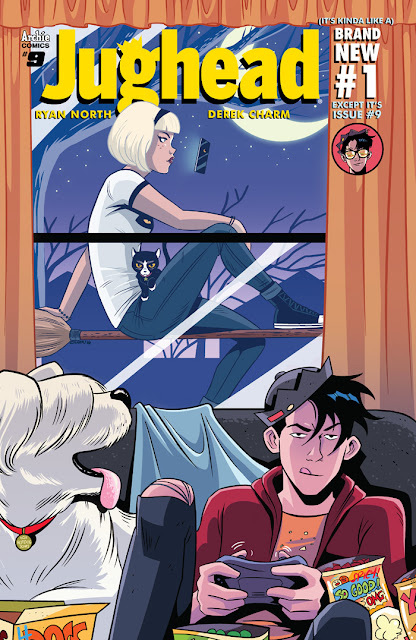 (W) Ryan North (A) Derek Charm (CA) Veronica Fish
(It's kind of like a) BRAND NEW #1... except it's issue #9! SABRINA makes her debut in the NEW RIVERDALE and things are about to get INSANE! New story!  New arc!  New creative team! Pop Tate's has a new mascot: it's a lady in a burger costume with a giant burger for a head!  And she never takes off that giant burger head!  And she and Jughead really hit it off, probably for that very reason! But is it possible Burger Lady is MORE than she appears? Find out what happens when Jughead meets a burger he REALLY likes-and a POWERFUL and unexpected new force in Riverdale is revealed!! P.S.: that powerful and unexpected new force is SABRINA THE TEENAGE WITCH!  SHE'S the Burger Lady! 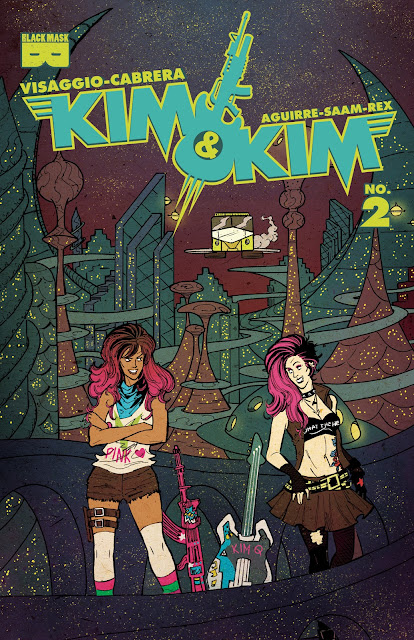 (W) Magdalene Visaggio (CA) Tess Fowler, Kiki Jenkins, Devaki Neogi, Claudia Aguirre (A/CA) Eva Cabrera
With fugitive Tom Quilt in tow, the Fighting Kims go off in search of the mysterious Lady Babylon, only to come up short. Turning to necromancy to help find her, things go about as badly as they possibly can. 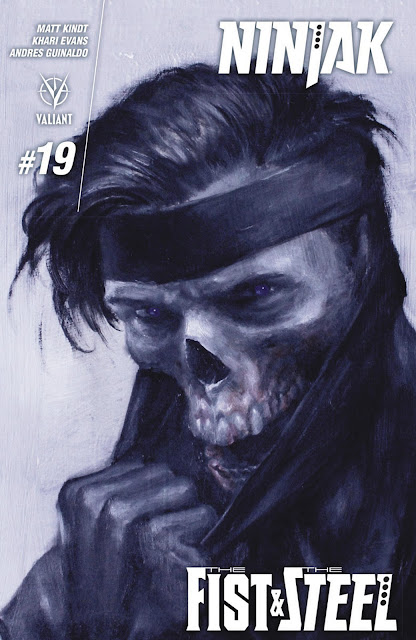 (W) Matt Kindt (A) Khari Evans, Andres Guinaldo (CA) Mike Choi
THE FIST & THE STEEL fight onward!
Riddled with an uncanny disease in the present, Colin King has seen what the future holds - and it is death! Decades from today, destruction looms...and Ninjak and the Eternal Warrior will be our only hope! But even after years on the battlefield, are these weathered veterans still strong enough to forestall an evil that now threatens all of humanity? Glimpse the future of Valiant's two most dangerous men here as Ninjak and the Eternal Warrior baptize their formative partnership in the blood of many men! And meanwhile, back in the modern day, Ninjak must exhaust every resource at his disposal to find a cure for the mysterious, Deadside-spawned affliction that continues to destroy his body... But the clock is ticking fast and each step that MI-6's master super-spy takes brings him one step closer to the grave!
New York Times best-selling writer Matt Kindt (4001 A.D.) and explosive artists Khari Evans (HARBINGER) and Andres Guinaldo (Justice League Dark) collide today against tomorrow for THE FIST & THE STEEL's next 40-page showdown! 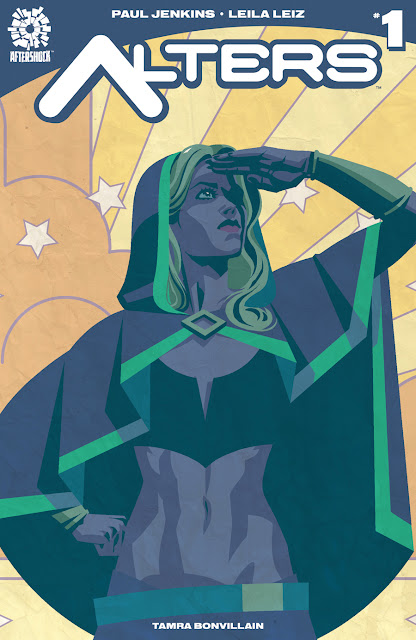 As the world struggles to accept the emergence of a new kind of mutant species known as alterations, or "Alters," a young woman begins her transition from male to female only to find herself also transitioning into a powerful Alter. Faced with persecution by the multi-powered fascist known only as Matter Man, she will face the world as Chalice--a  hero for a new age. But as Chalice navigates the path to becoming her true self, she must juggle the complications of her civilian life and the responsibilities of her newfound power.

This groundbreaking series--years in the making--begins the saga of a young woman who can only really be herself...whenever she is not herself. 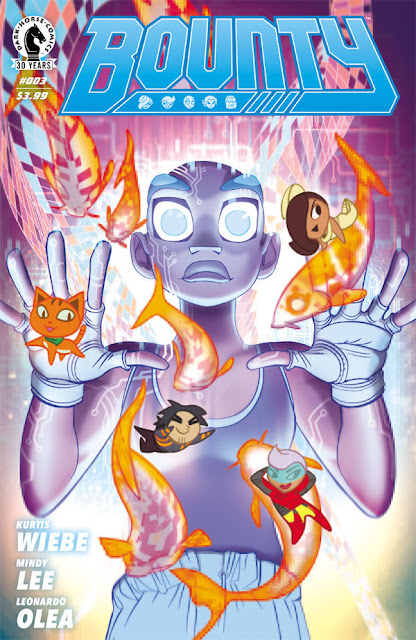 (W) Kurtis J. Wiebe (A/CA) Mindy Lee
It's time to explore everyone's tragic backstory! But as Nina, Viv, and even Oscar spill their guts, Georgie is thinking about the bottom line. Now that their secret identities have leaked, it's starting to look like they'll never get paid. 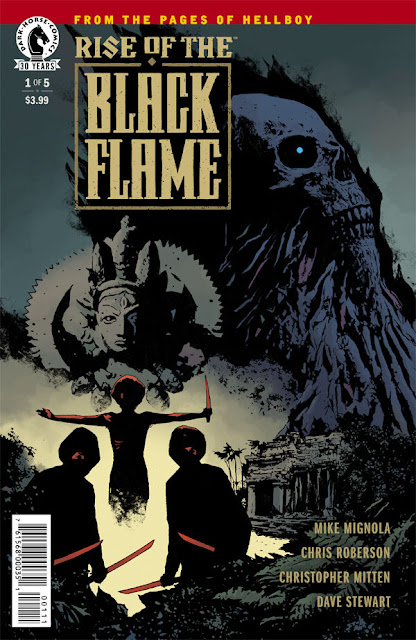 (W) Mike Mignola, Chris Roberson (A) Christopher Mitten (CA) Laurence Campbell
Young girls are going missing from the cities of Siam, and the trail leads to the jungle hideout of a bloodthirsty cult wielding an ancient evil power-the Cult of the Black Flame. 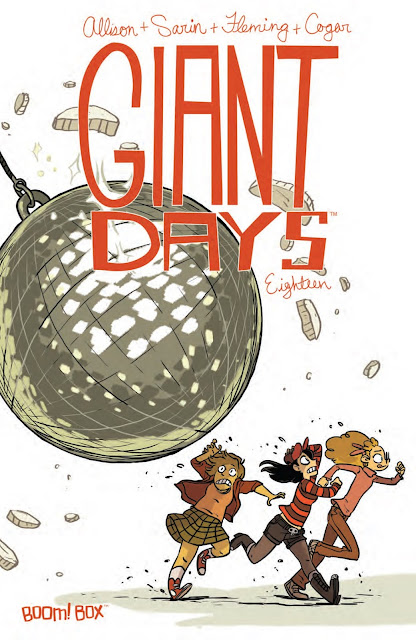 (W) John Allison (A) Max Sarin (CA) Lissa Treiman
The big end-of-year ball is approaching and Daisy is determined to kiss a girl, while Susan and Esther prepare for "a summer of difficulty." (W) Frank Cho (A/CA) Frank Cho
* A new, original series from celebrated creator Frank Cho (Totally Awesome Hulk, Savage Wolverine)!
* Full of fast-paced action, Skybourne is James Bond with fantasy elements thrown in and is unlike anything Frank Cho has ever done before.
* The legend of King Arthur is alive and well in modern day. Only one man, Skybourne, can stop the evil Merlin from destroying the world. 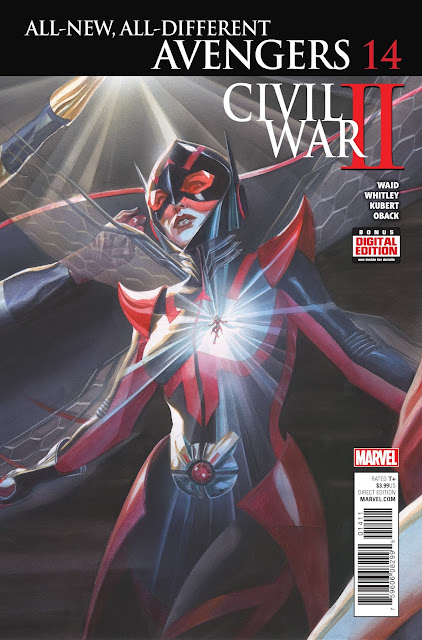 (W) Mark Waid (A) Adam Kubert (CA) Alex Ross
CIVIL WAR II TIE-IN!
•  Spotlight on the All-New Wasp as she finds her loyalties torn by the war-and seeks guidance in the most unexpected place.
Rated T+ 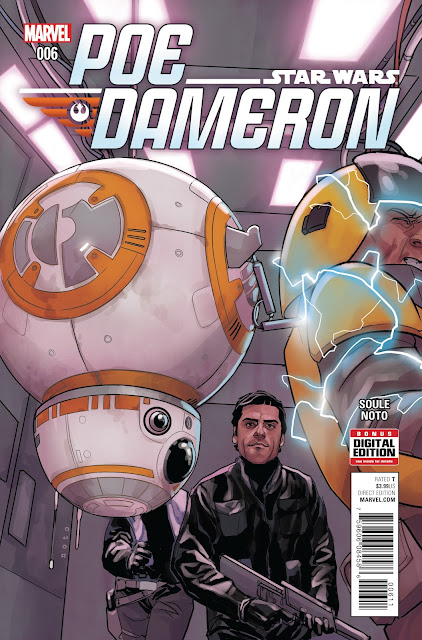 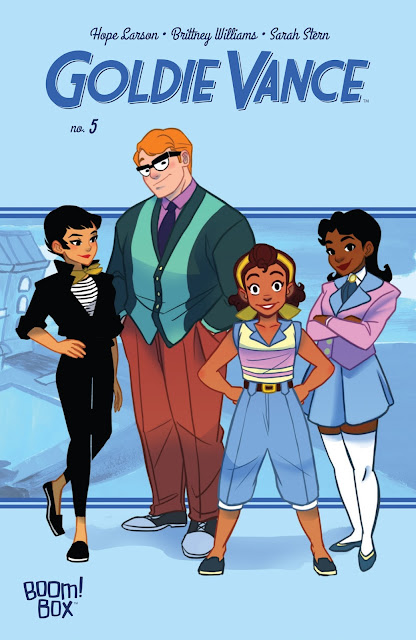 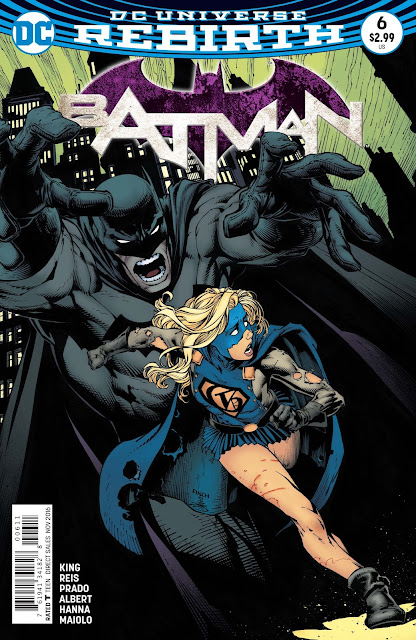 (W) Tom King (A) Ivan Reis, Joe Prado, Oclair Albert, Scott Hanna (CA) David Finch, Danny Miki
"I AM GOTHAM" epilogue. In this stand-alone tale, Batman seeks redemption as he tries to keep Gotham Girl from going down a dangerous path. But can the Dark Knight save someone who doesn't want to be saved? 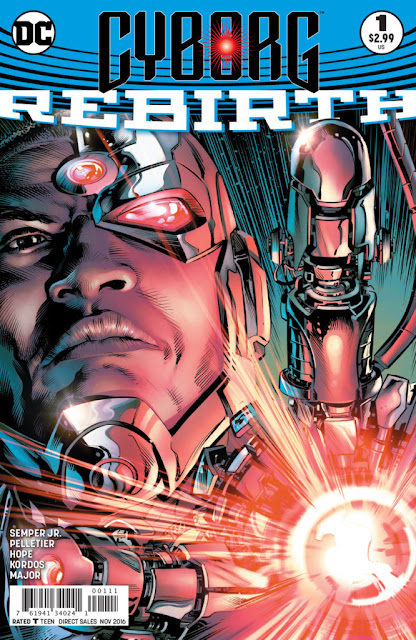 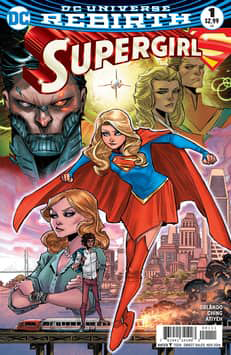 (W) Steve Orlando (A/CA) Brian Ching
"REIGN OF THE CYBORG SUPERMAN" part one! Supergirl is back and working for the DEO to defend National City! As Kara Danvers, average American teenager and high school student, Supergirl must balance her life as a superhero with her new life on Earth. But some demons from her Kryptonian past are coming back to haunt her, and Kara will find herself face-to-face with her father: the sinister Cyborg Superman! 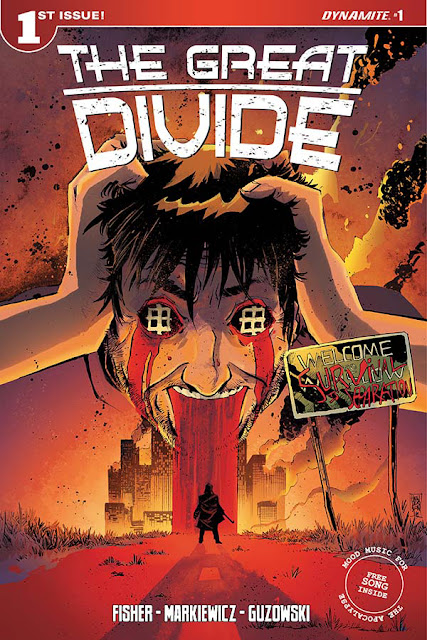 (W) Ben Fisher (A) Adam Markiewicz (CA) Mike Henderson
In the near future, humanity awakens to the horrifying reality that the faintest touch from another's skin results in agonizing death.   The survivors isolate themselves, many driven mad by fragments of memories "absorbed" from those they've killed.  Two years after the "Divide," a pair of thieves stumble upon the means to save their species.  But not everyone is eager to see the old world order restored...Includes a free song download -- mood music for the apocalypse! 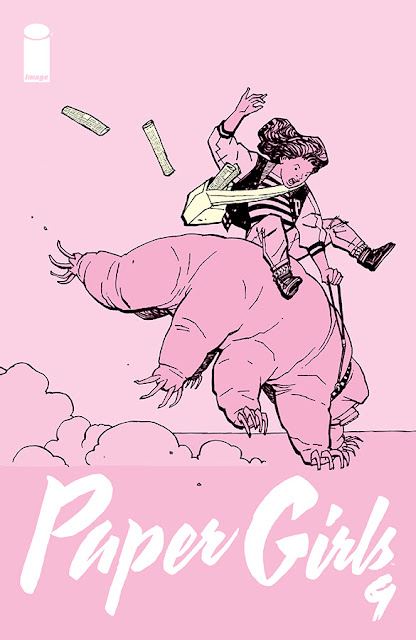 (W) Brian K. Vaughan (A/CA) Cliff Chang
The future collides with the past in our present-day 2016, and the Paper Girls must make a difficult decision about who to trust. 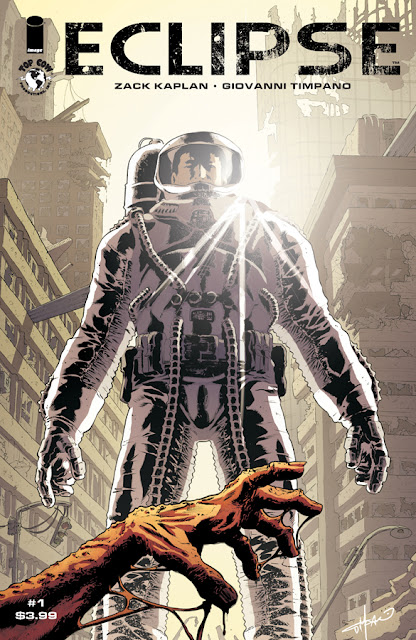 (W) Zachary Kaplan (A/CA) Giovanni Timpano
Imagine if sunlight burned you alive. In the near future, a mysterious solar event has transformed the sun's light into deadly immolating rays. The world's few survivors now live in nocturnal cities. But a killer emerges who uses sunlight to burn his victims, and when he targets the daughter of a solar power mogul, it falls to a disillusioned solar engineer to protect her.