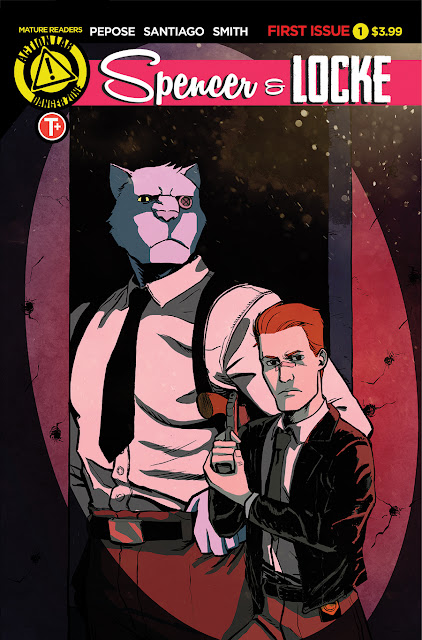 What if Calvin & Hobbes grew up in Sin City? Find out in SPENCER & LOCKE, a dark four-issue crime thriller from Action Lab Entertainment’s Danger Zone imprint. Written by David Pepose and illustrated by Jorge Santiago, Jr., SPENCER & LOCKE follows Detective Locke, who returns to the scene of his horrific upbringing when his grade-school sweetheart, Sophie Jenkins, is found dead in a lonesome back alley. But when Locke’s investigation dredges up menacing figures from his traumatic past, there’s only one person he can trust to help him close the case — his childhood imaginary panther, Spencer.

The twisted nostalgia of SPENCER & LOCKE comes to comic shops and digital devices in March 2017, or be one of the first to dive into the story this weekend with an exclusive New York Comic-Con variant of SPENCER & LOCKE #1 by artist Joe Mulvey! 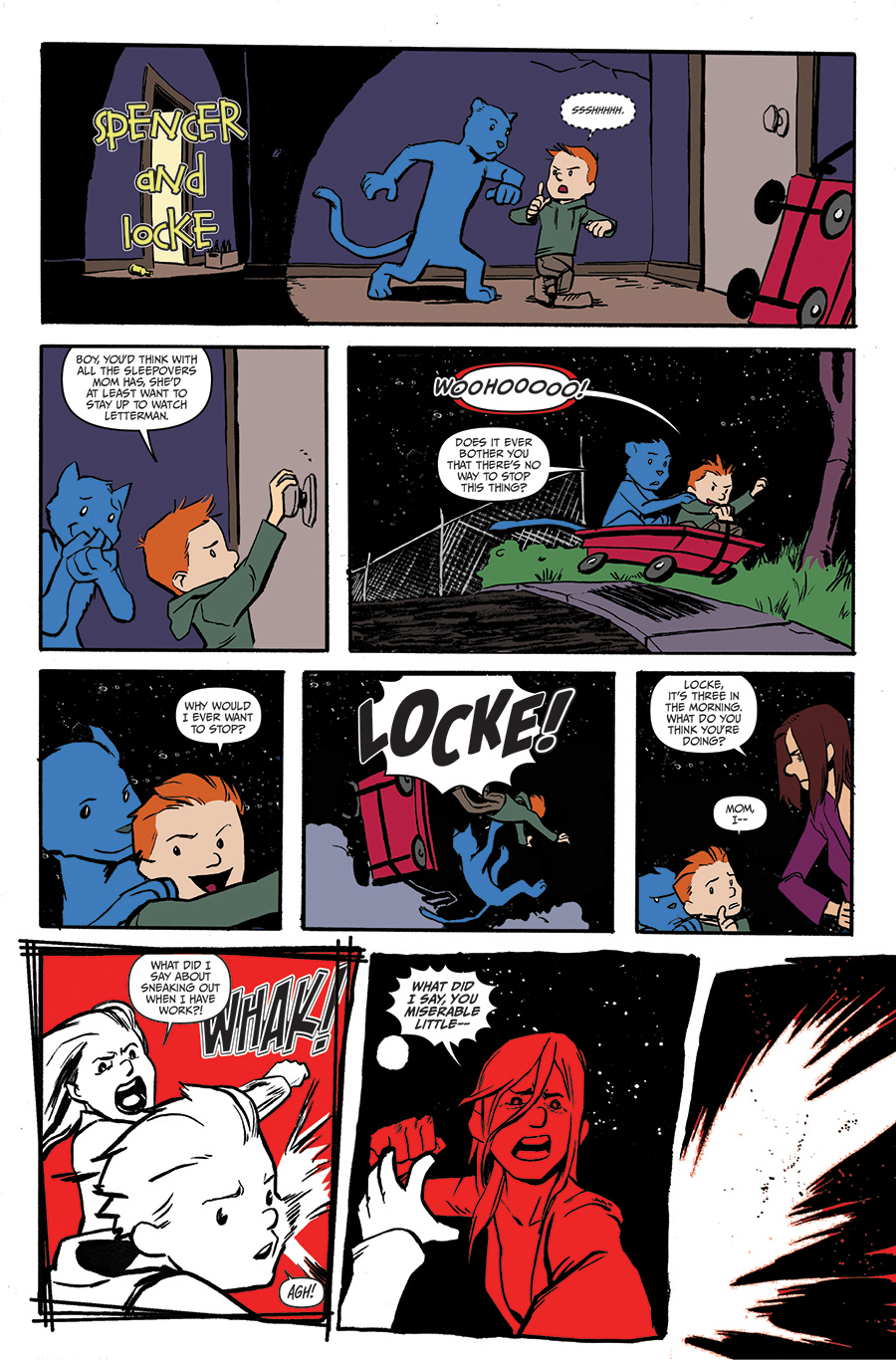 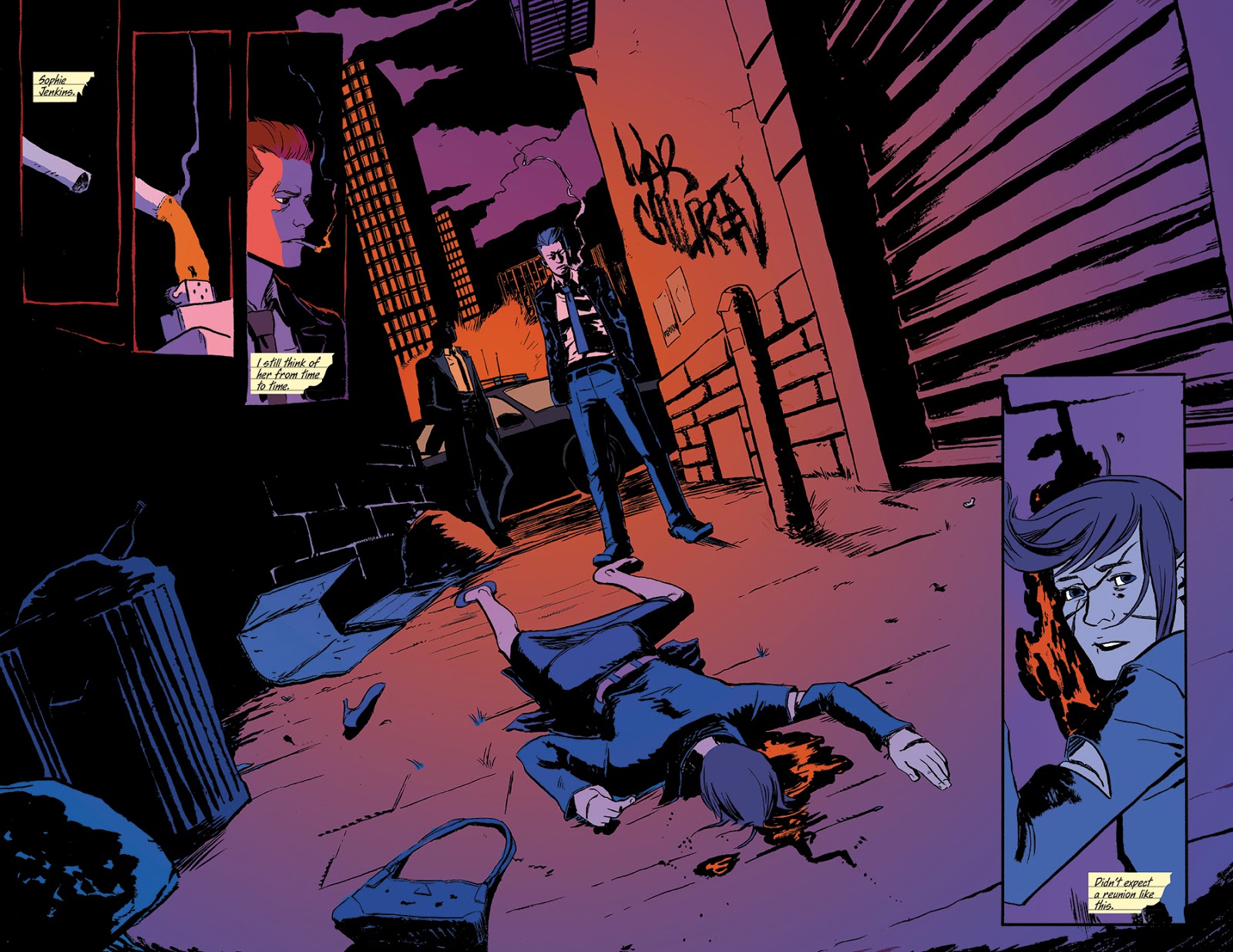 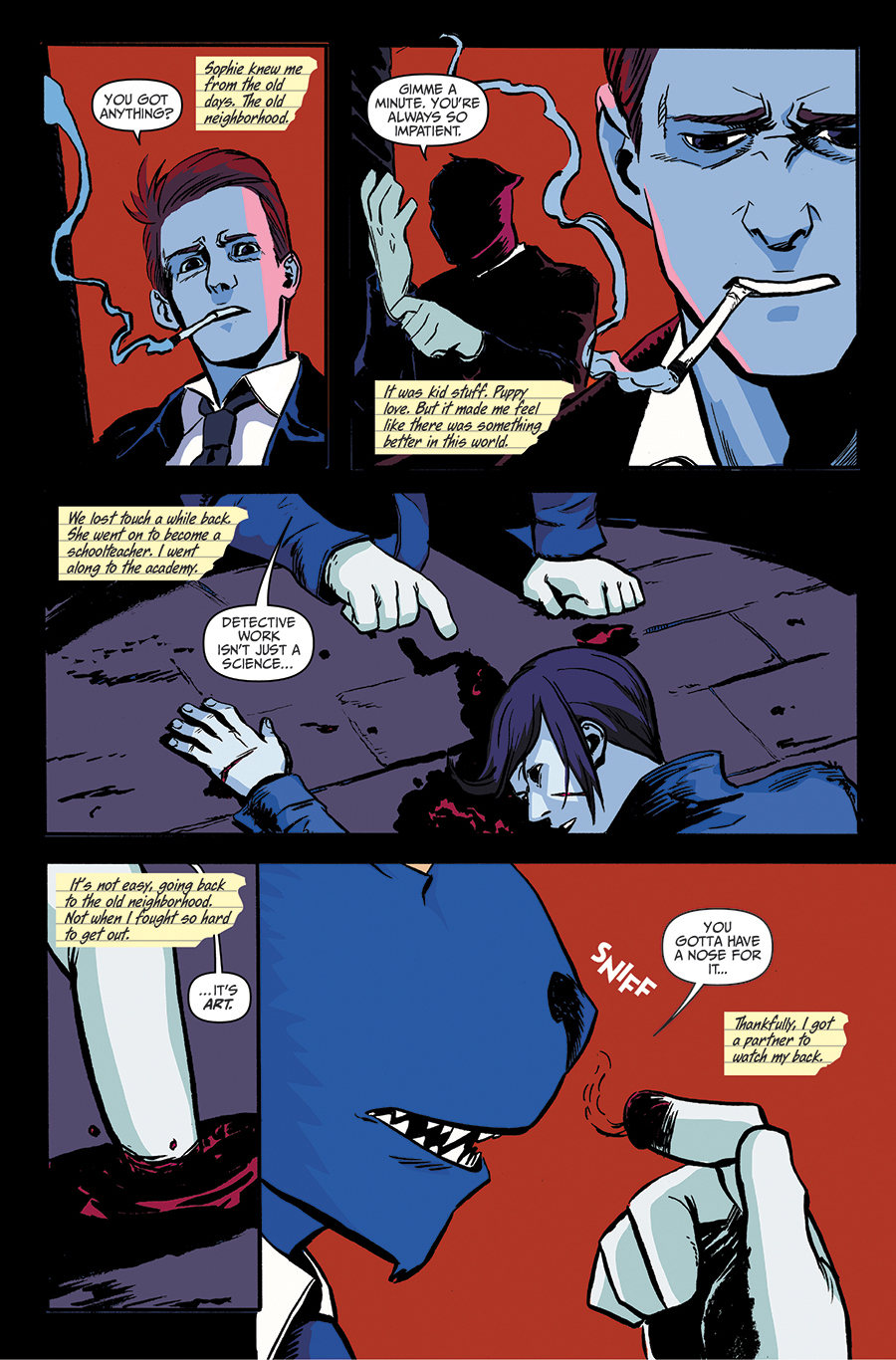 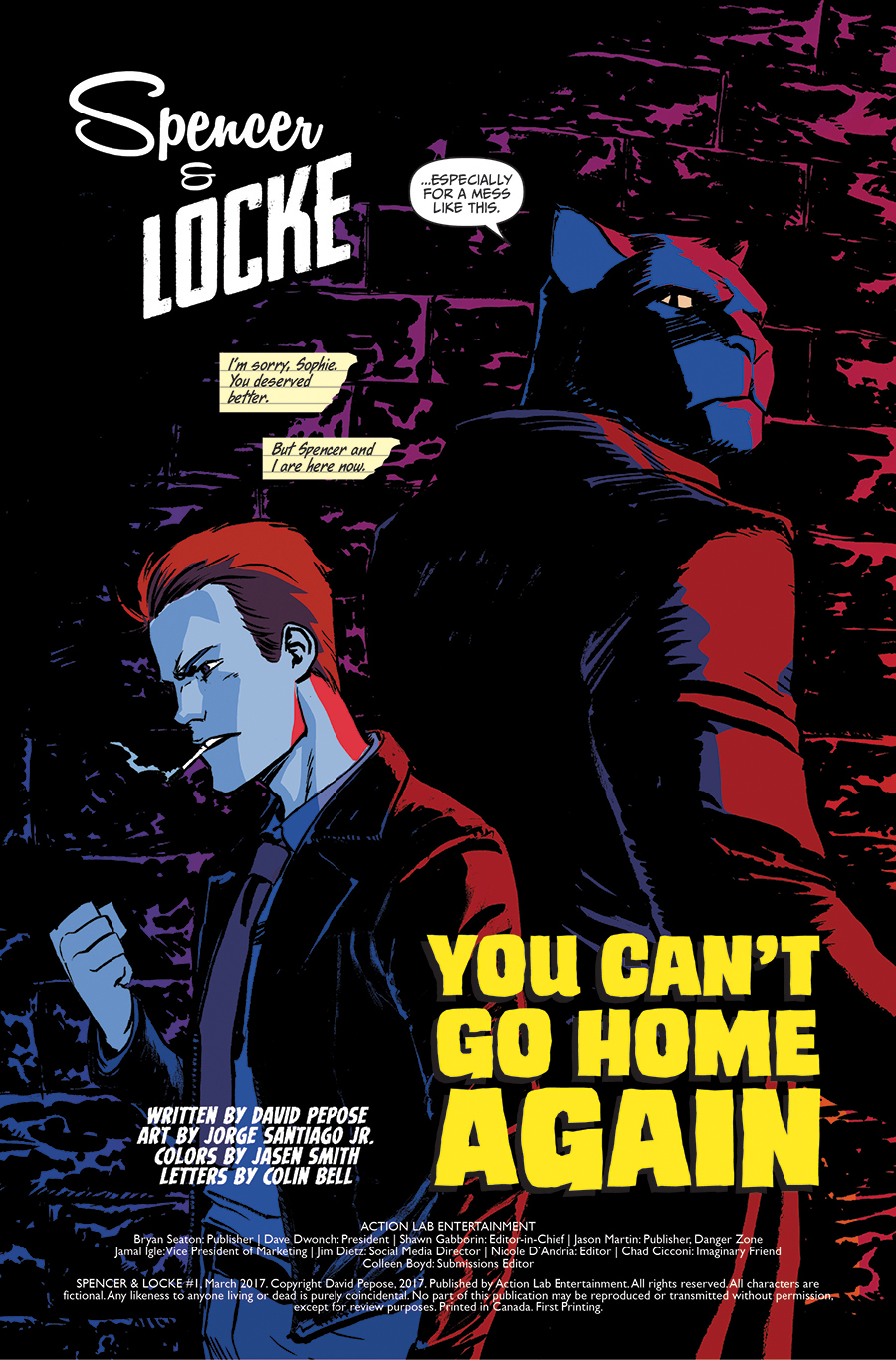 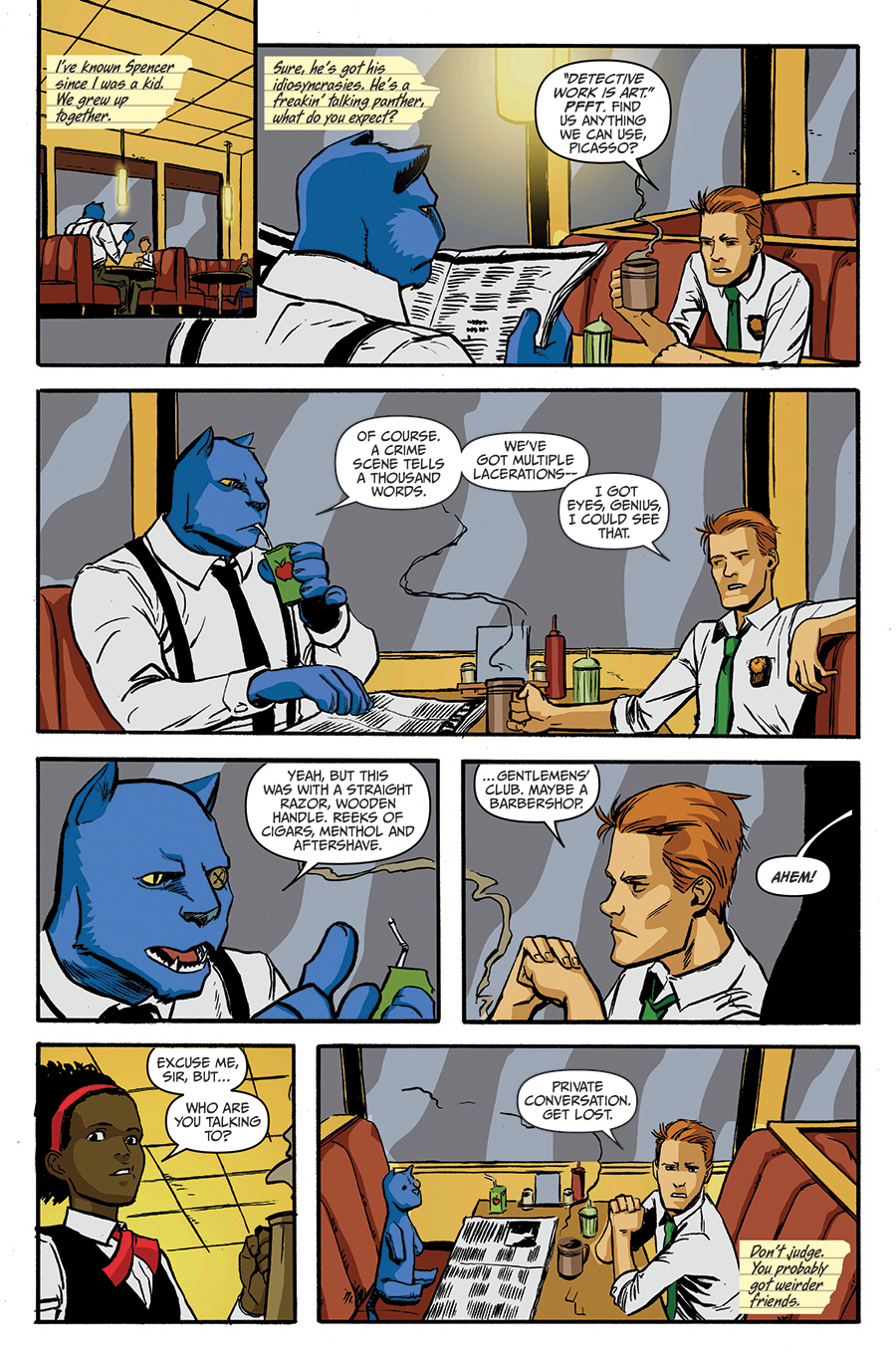 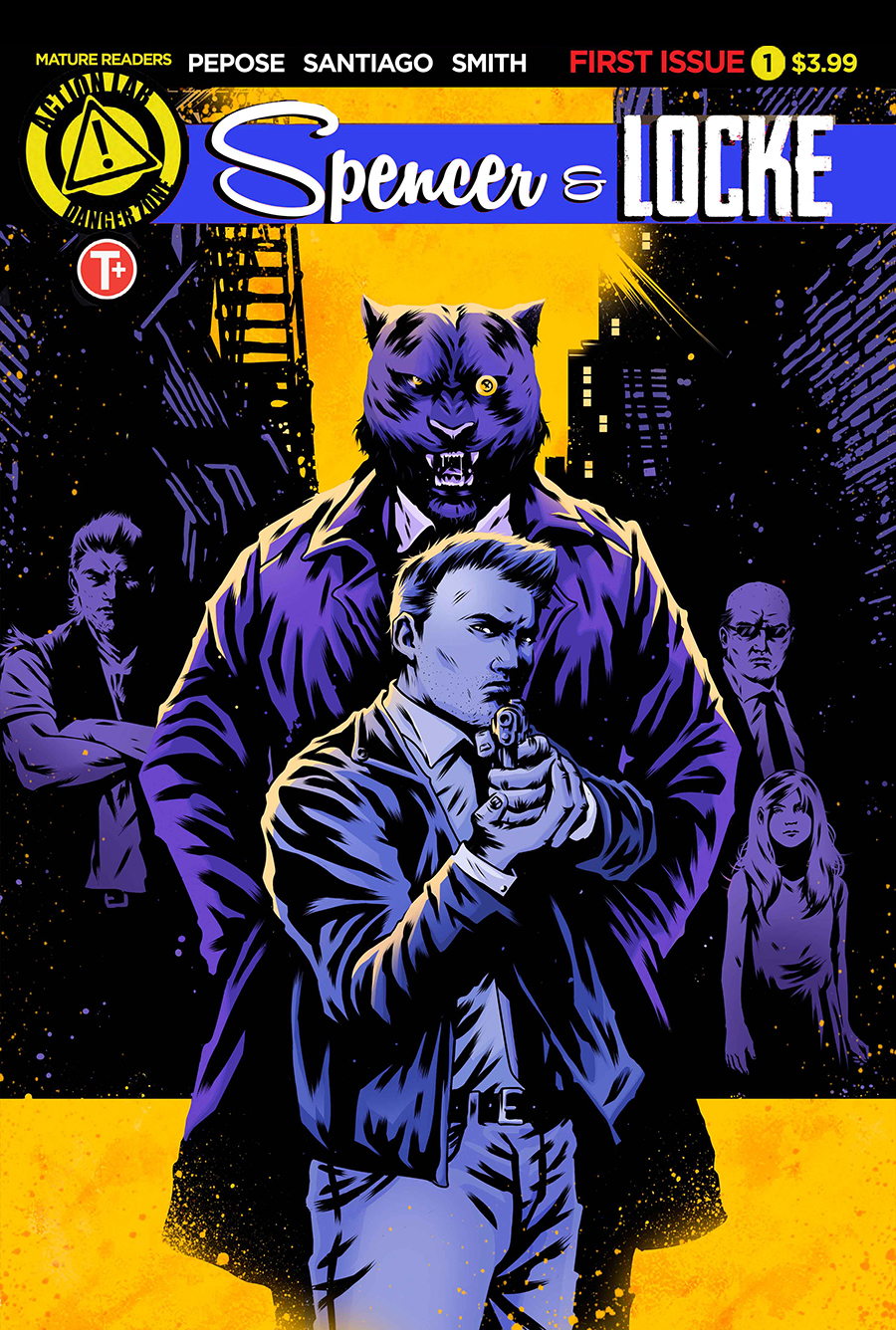 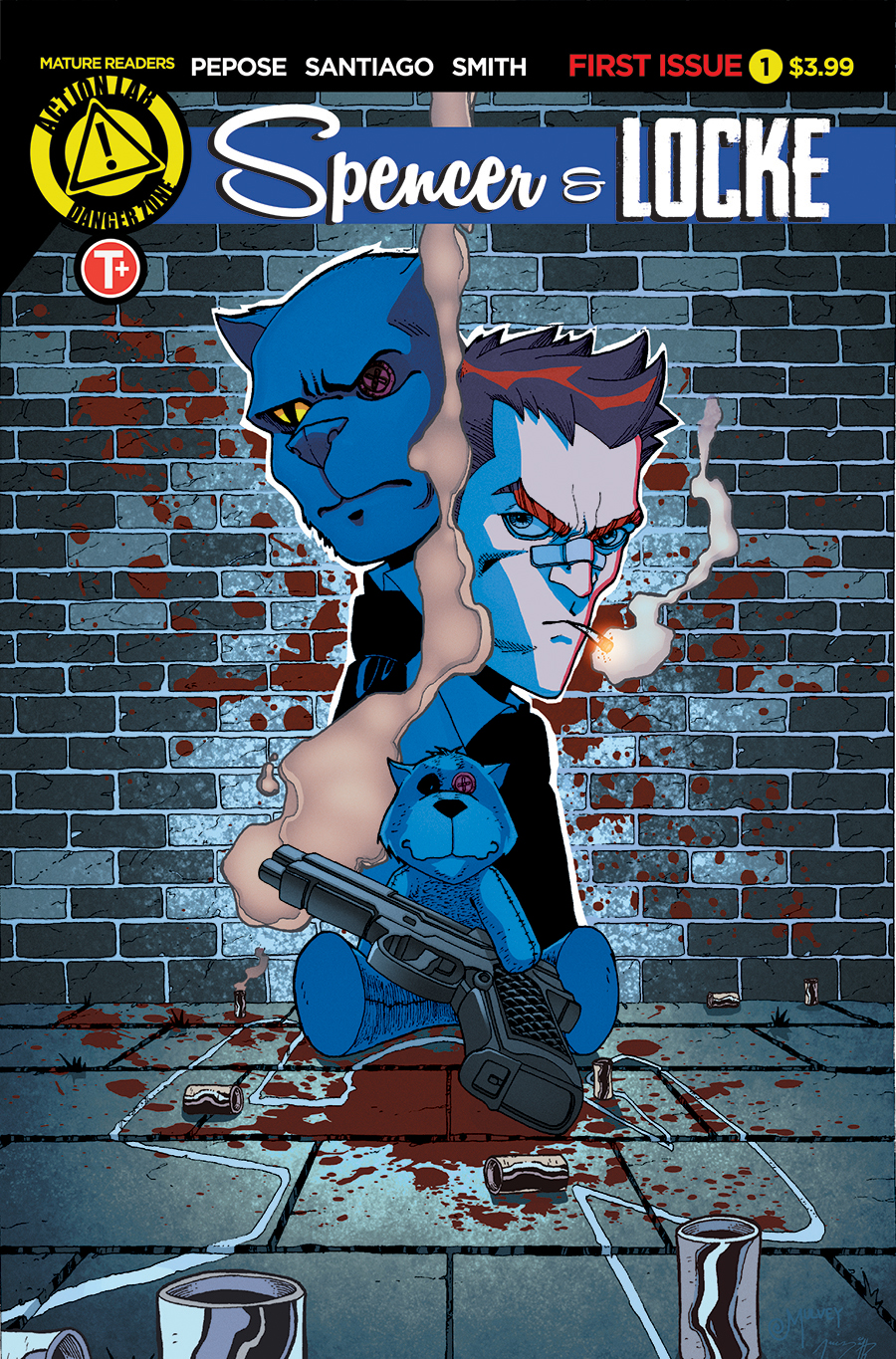