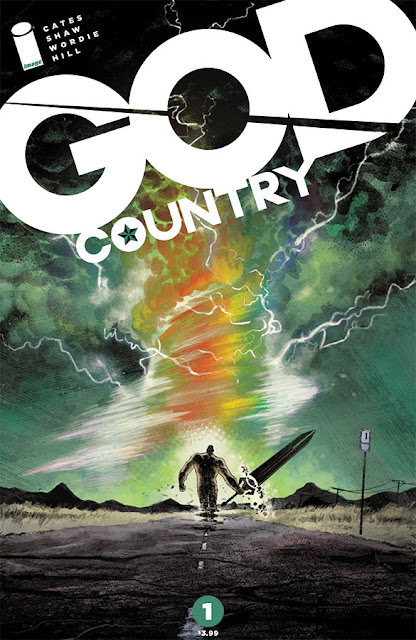 Fan-favorite writer Donny Cates and Geoff Shaw (Buzzkill, The Paybacks) team up for an all-new series GOD COUNTRY, set to launch from Image Comics in January 2017.

In GOD COUNTRY readers meet Emmett Quinlan, an old widower rattled by dementia. Emmett isn't just a problem for his children—his violent outbursts are more than the local cops can handle. When a tornado levels his home—as well as the surrounding West Texas town—a restored Quinlan rises from the wreckage. The enchanted sword at the eye of the storm gives him more than a sound mind and body, however. He's now the only man who can face these otherworldly creatures the sword has drawn down to the Lone Star State…

"This is a story Geoff and I have been wanting to tell for such a long time, and to be able to do it with Image is beyond a dream come true,” said Cates. “God Country is full of heart, action, giant swords, Kirby Gods, Texans, magic tornados, and family drama...so it's really just everything I love piled into one great, epic yarn. This January everyone is welcome to come on in, grab a beer, have a seat and get ready… we have a hell of a story to tell you."

Shaw added: “I love this book! Of course, I would say that, but I really do. I love that Donny and I get to work together again, and I love that we get to publish through Image. It's a story I've never heard before, both down to earth and out of this world. The whole team is on their A-Game and I cannot wait to share it with the world, Texas style!”

SOUTHERN BASTARDS meets American Gods in a high-stakes fantasy series that will kick off the new year with high-octane action and jaw-dropping worldbuilding. In GOD COUNTRY salvation is a double-edged sword. 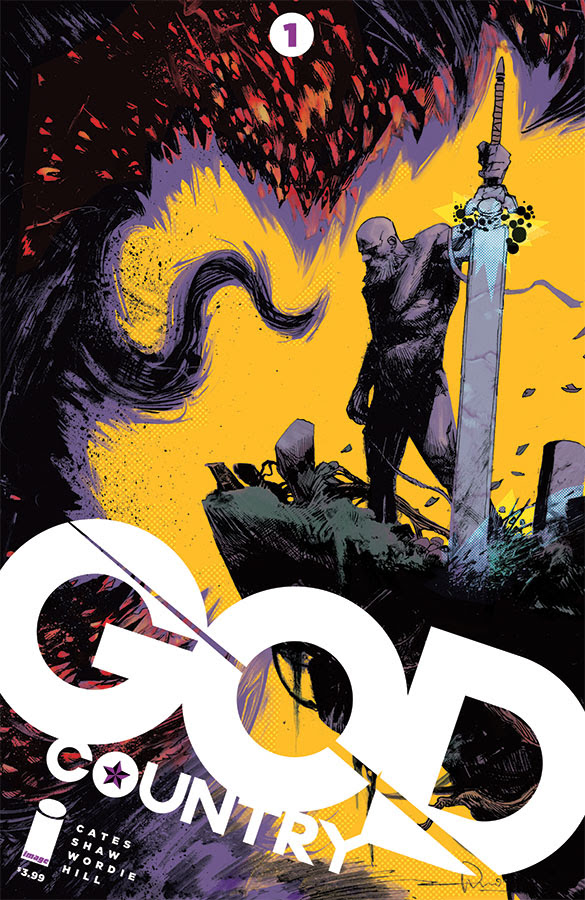 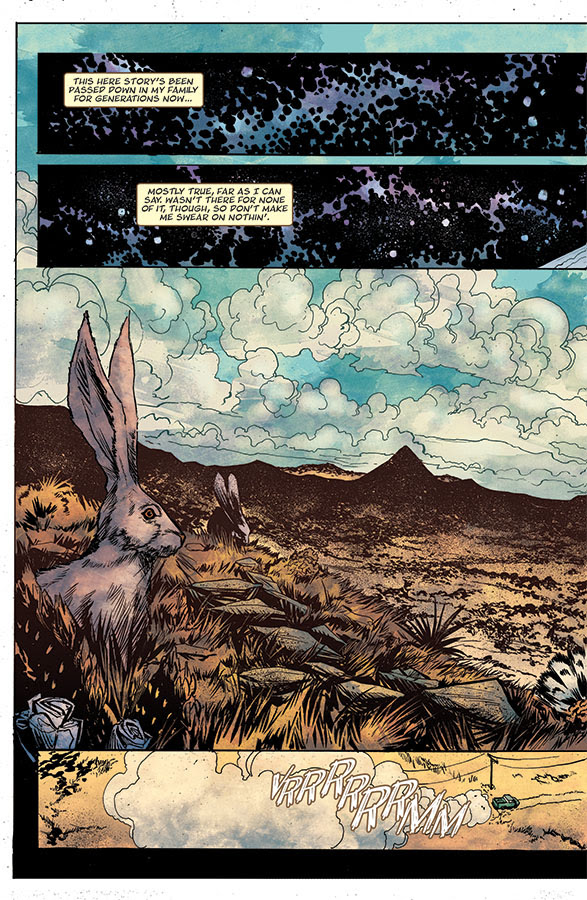 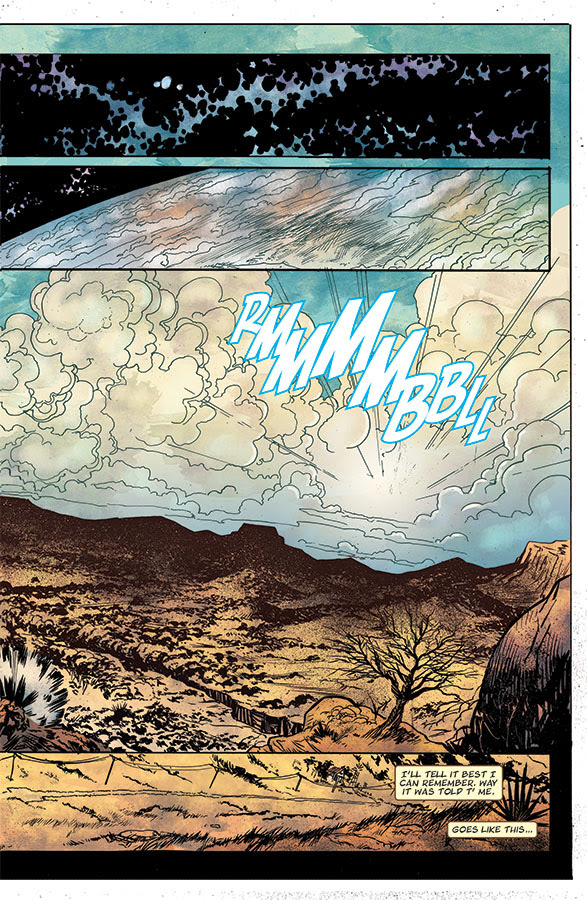 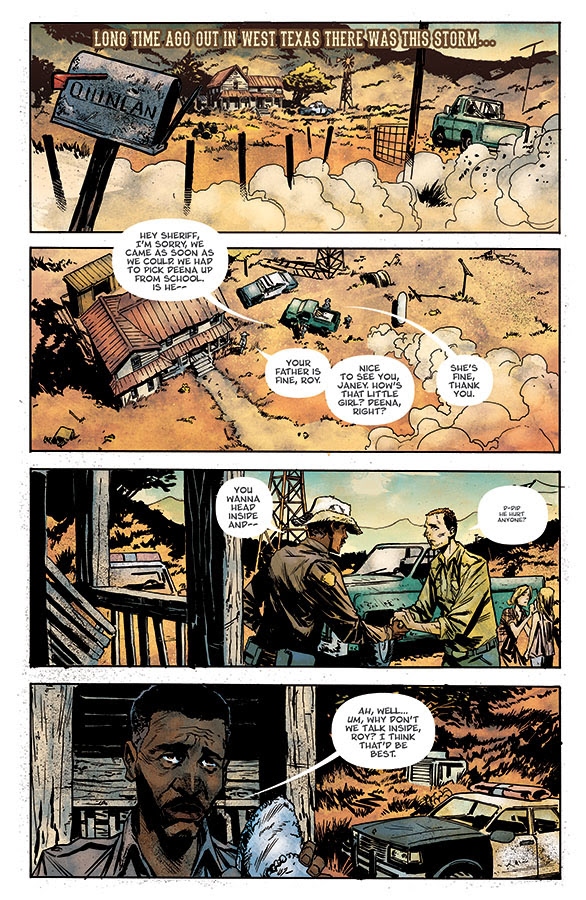 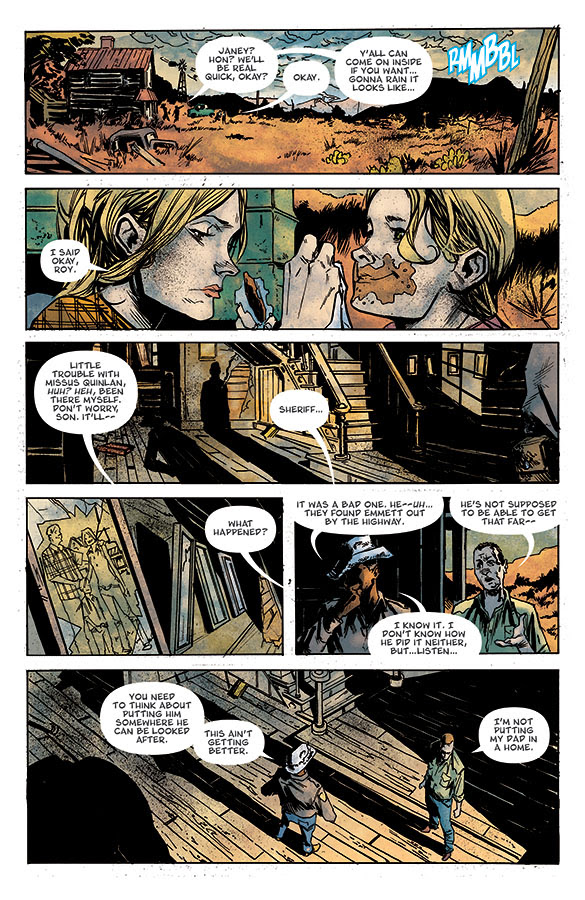