Archie, Betty, and Veronica Are Mysteriously Sexy in First Promo for 'Riverdale' 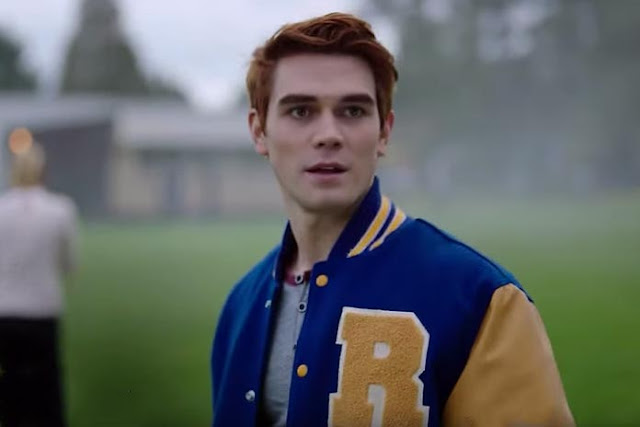 Riverdale premieres Thursday, January 26 at 9/8c on The CW!


Moody. Mysterious. Sexy. Jughead? Legendary Archie Comics characters have gotten the CW treatment with a subversive dark turn as revealed in its first promo for "Riverdale."


The brief teaser captures the atmospheric tone of the show with a montage of a shirtless KJ Apa as Archie Andrews, Lili Reinhart as Betty Cooper, and Camila Mendes as Veronica Lodge.

This foray into live-action drama for Archie Comics is the latest move to diversify the brand known more for the fun shenanigans of a group of Riverdale kids. Over the last year-and-half, the publisher has introduced a line of critically acclaimed horror comics with Archie and friends fighting a zombie apocalypse and Sabrina exploring her witchcraft roots. All told straight-forward and without irony, they've reinvigorated the image. New updated and modern takes on Archie, Jughead, Josie and the Pussycats, and Kevin Keller have also reintroduced these beloved characters to new and old readers with a new sensibility.

The show’s premiere on January 26th will be followed one week later on February 1st, with a special tie-in one-shot comic book written by ‘Riverdale’ showrunner Roberto Aguirre-Sacasa and members of the show’s writing staff with art by Alitha Martinez. The RIVERDALE ONE-SHOT promises to reveal new secrets and stories from the summer before the eternal love triangle debuts on television screens.

An ongoing RIVERDALE comic book series will debut in comic book stores and digital platforms in March by Aguirre-Sacasa and Martinez that will run alongside the show, expanding on the events of the series and diving deeper into the characters and their relationships. 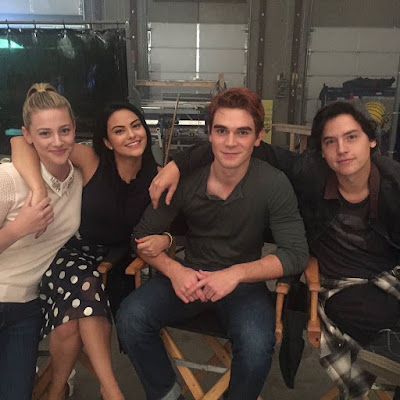 As a new school year begins, the town of Riverdale is reeling from the recent, tragic death of high school golden boy Jason Blossom — and nothing feels the same… Archie Andrews is still the all-American teen, but the summer’s events made him realize that he wants to pursue a career in music — not follow in his dad’s footsteps—despite the sudden end of his forbidden relationship with Riverdale’s young music teacher, Ms. Grundy. Which means Archie doesn’t have anyone who will mentor him — certainly not singer Josie McCoy, who is only focused on her band, the soon-to-be-world-famous Pussycats.

It’s all weighing heavily on Archie’s mind — as is his fractured friendship with budding writer and fellow classmate Jughead Jones. Meanwhile, girl-next-door Betty Cooper is anxious to see her crush Archie after being away all summer, but she’s not quite ready to reveal her true feelings to him. And Betty’s nerves – which are hardly soothed by her overbearing mother Alice aren’t the only thing holding her back. When a new student, Veronica Lodge, arrives in town from New York with her mother Hermione, there’s an undeniable spark between her and Archie, even though Veronica doesn’t want to risk her new friendship with Betty by making a play for Archie.

And then there’s Cheryl Blossom… Riverdale’s Queen Bee is happy to stir up trouble amongst Archie, Betty, and Veronica, but Cheryl is keeping secrets of her own. What, exactly, is she hiding about the mysterious death of her twin brother, Jason? Riverdale may look like a quiet, sleepy town, but there are dangers in the shadows… “