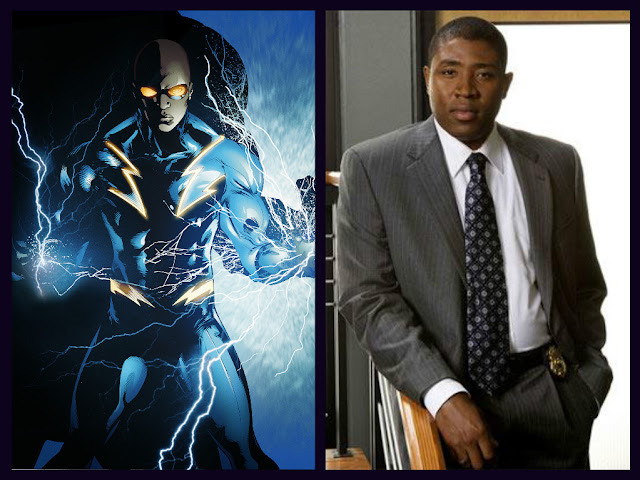 Berlanti Productions joined forces with Akil Productions (Being Mary Jane) to pitch the show and landed at Fox first before ending up at the CW. Mara Brock Akil and her husband/producing partner Salim Akil will write the script and co-produce with Berlanti and Susan Schecter.

This is how the show is described:


Black Lightning centers on Jefferson Pierce (Williams). He made his choice: he hung up the suit and his secret identity years ago, but with a daughter hell-bent on justice and a star student being recruited by a local gang, he’ll be pulled back into the fight as the wanted vigilante and DC legend Black Lightning.

Created by writer Tony Isabella and artist Trevor Von Eeden, Black Lightning debuted in 1977 and was one of the first major African-American superheroes for DC Comics. The character has seen short-lived series after series, a limited edition run, several appearances in other DC books, and was a member of Batman and the Outsiders.


He's also been featured in DC's animated shows and movies. You can see one of DC Nation Shorts below that appeared on Cartoon Network co-starring with his two metahuman daughters "Thunder" (Anissa Pierce) and "Lightning" (Jennifer Pierce), the two referenced in the show's description.

If Black Lightning gets picked up, it'll not only join other Berlanti-produced DC shows - Arrow, The Flash, Supergirl, Legends of Tomorrow - it'll also be the second black superhero to headline his own show next to Netflix's upcoming Luke Cage series. The show had quietly been in development for over a year until Warner Bros Television were satisfied with its direction. Having powerful producers like Berlanti and the Akils behind the project surely helped get the show one step closer to becoming a reality.