February is already upon us. The year just started and it's moving fast. Make sure to hurry to your local comic book shop for this week's new comic book releases. New #1s include Fissure by Tim Daniel and Patricio Delpeche from new publisher Vault Comics. Matthew Rosenberg and Ben Torres bring you Marvel's Kingpin #1,  Michael Turner's Fathom is back from Blake Northcott and Marco Renna, Justice League of America Rebirth #1 by Steve Orlando, Ivan Reis, Joe Prado and Action Lab's Infinite 7 from Dave Dwonch and Arturo Mesa. 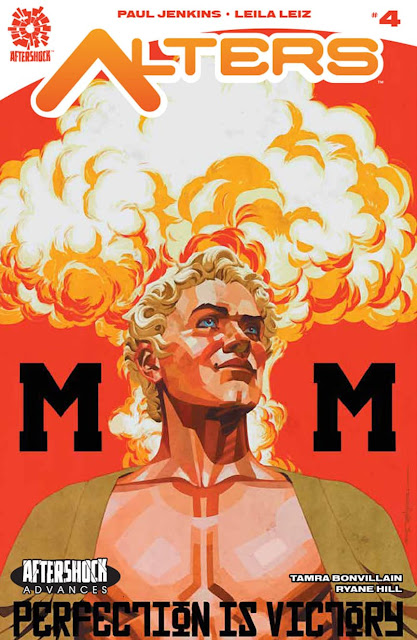 Reeling from the tragedy surrounding her first interaction as an Alter, Chalice must reconcile her public persona and her civilian identity. Her transformations are now set in motion, and she struggles to deal with everything. Yet in the midst of this turmoil, new Alters are revealed…including one undergoing Alteration very close to home. 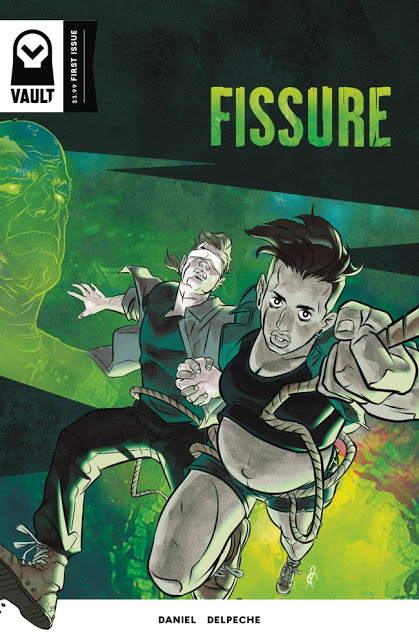 (W) Tim Daniel (A/CA) Patricio Delpeche
El Sueño, Texas was a single street town withering under the shadow of the Mexico-U.S. Barrier. Then the pavement split, and a massive crack spread from one end to the other, rapidly swallowing El Sueño whole. Young couple Avery Lee Olmos and Hark Wright fight to escape the mysterious sinkhole and the malevolent force that beckons from its depths. 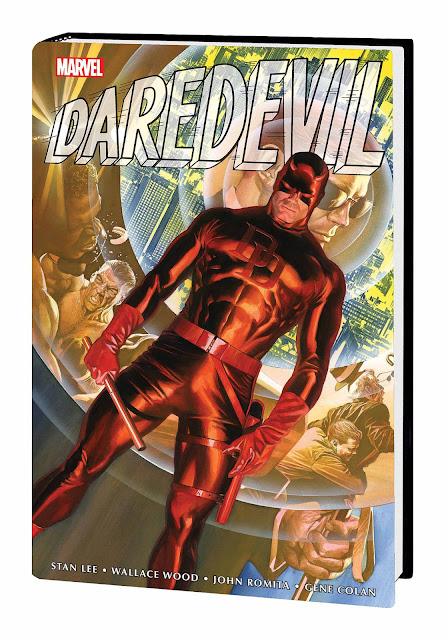 (W) Stan Lee, Wallace Wood, Dennis O'Neil (A) Various (CA) Alex Ross
Born to a past-his-prime prizefighter, Matt Murdock's luck always ran a step behind his good intentions. When a daring act to save a man's life blinds young Murdock, he finds that the same accident has enhanced his remaining senses to superhuman levels! He becomes Daredevil, a gritty hero born from murder, but tempered with the desire to protect the downtrodden. In this oversized Omnibus collection featuring every classic story and original letters page, writer Stan Lee and artists Bill Everett, Joe Orlando, Wallace Wood, John Romita Sr. and Gene Colan lay the foundation for Marvel's Man Without Fear! Including the first appearances of core characters Foggy Nelson and Karen Page, and classic villains the Owl, the Purple Man, Stilt-Man, Gladiator and more! Collecting DAREDEVIL (1964) #1-41 and ANNUAL #1, FANTASTIC FOUR (1961) #73 and material from NOT BRAND ECHH #4.
All Ages 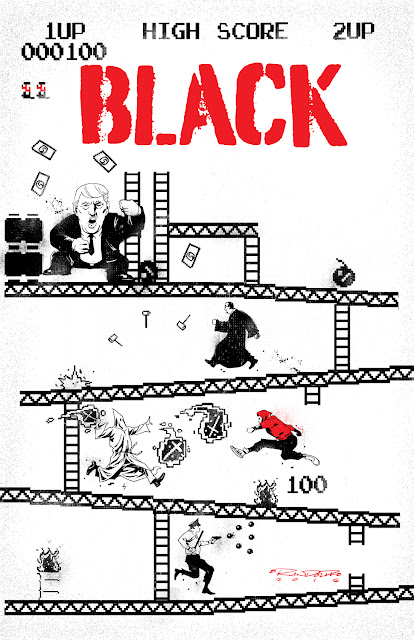 (W) Kwanza Osajyefo (A) Jamal Igle (CA) Khary Randolph
A schism between Juncture and Kareem sets the young man on the run from the people he thought were his comrades. Traversing the depths of the Project, he searches for answers he can't get from Juncture - will he find what he's looking for or will his discovery put everyone in danger? 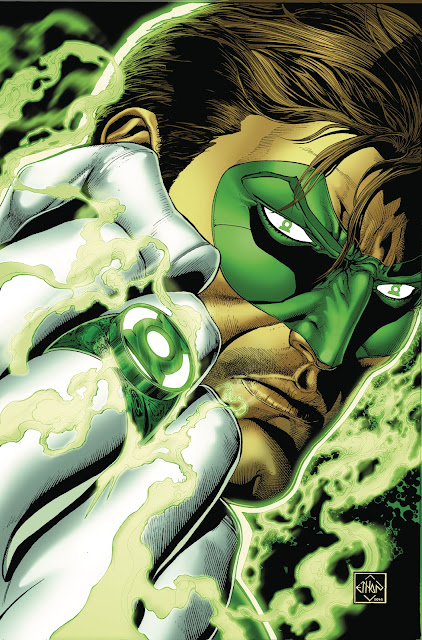 (W) Robert Venditti (A) Rafael Sandoval, Jordi Tarragona (A/CA) Ethan Van Sciver
Hal Jordan is about to go from head of the Green Lantern Corps to an army of one. The Green Lantern Corps has disappeared, and now Sinestro's own Corps of Yellow Lanterns enforces his unique brand of law and order in the universe. As a result, Jordan has no ring to sling-or Sector 2814 to call home! This DC Rebirth collection features HAL JORDAN AND THE GREEN LANTERN CORPS #1-7 and HAL JORDAN AND THE GREEN LANTERN CORPS: REBIRTH #1! 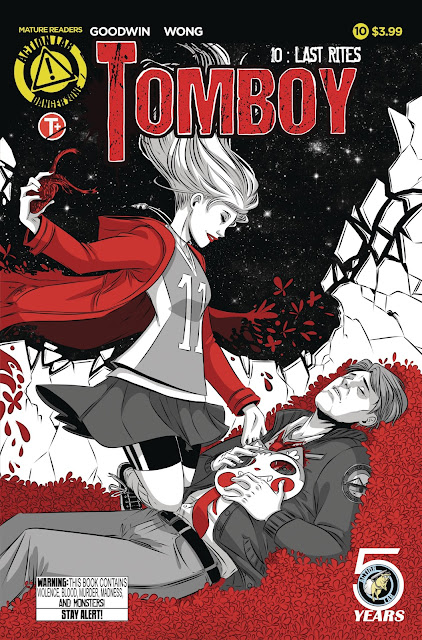 (W) Mia Goodwin (A) Michelle Wong (CA) Mia Goodwin
While the D.A. takes matters into his own hands, Mark tries to reconnect with Addison, but with Trent on the move, it may be too late, as Fate pulls the major players towards a final showdown. 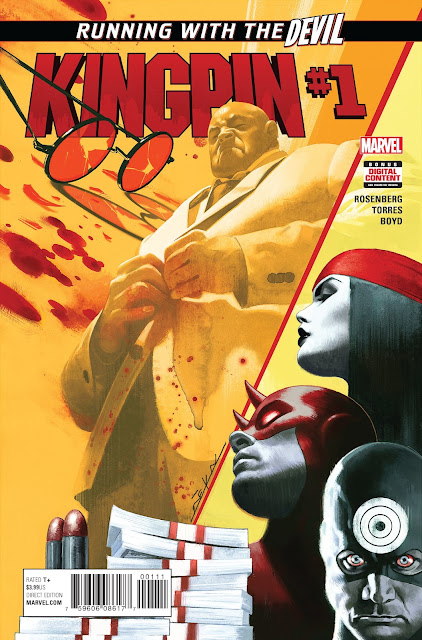 (W) Matthew Rosenberg (A) Ben Torres (CA) Jeff Dekal
WILSON FISK BUILDS A BRAND-NEW EMPIRE!
The KINGPIN has done bad things. Deplorable things. He has cheated the law. He has blackmailed rivals. He has killed. But that's all in the past. The Kingpin is back in the city that he loves and ready to make his mark as a titan of legitimate industry, but needs to rekindle his public image. When Wilson Fisk makes disgraced journalist SARAH DEWEY an offer she can't refuse, the spiraling saga of crime and betrayal begins anew. Don't miss the start of Kingpin's ongoing series, written by breakout writer MATTHEW ROSENBERG and illustrated in the heavy noir stylings of BEN TORRES, as Manhattan's criminal mastermind returns to the Big Apple with honorable intentions, but no one in his circle remains pure on his climb back to the top.
Rated T+ 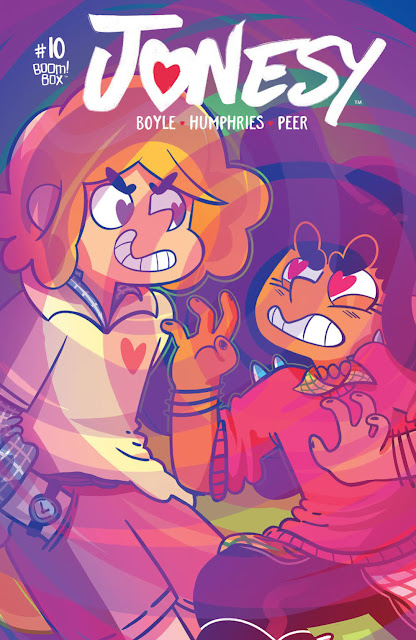 (W) Sam Humphries (A/CA) Caitlin Rose Boyle
Jonesy's trying to give up the match-making life...but when a mysterious stranger comes into town, she may be forced to use her powers...and her life will change forever because of it! 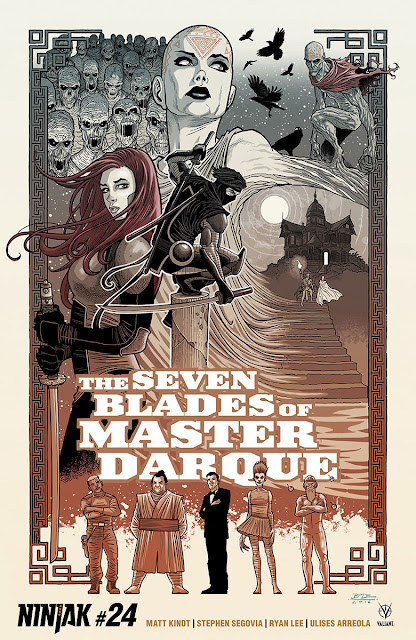 As Master Darque fights to return to the land of the living, his former disciple - the deadly assassin Roku - will build an army to put him down for good. But not even the Shadow Seven - the underworld's deadliest cabal of murderers and mercenaries - will be enough to assure victory. To truly defeat an undead lord of death and resurrection, she'll need the complete and unquestioning allegiance of Ninjak...who isn't interested. But when Darque's
long-missing sister Sandria returns with a gambit that could reveal his greatest weakness, an unholy alliance of light and darkness will be forged that could upset the balance of good and evil once and for all time... 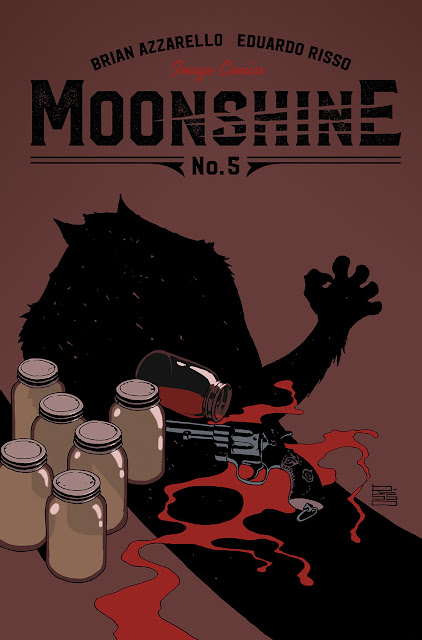 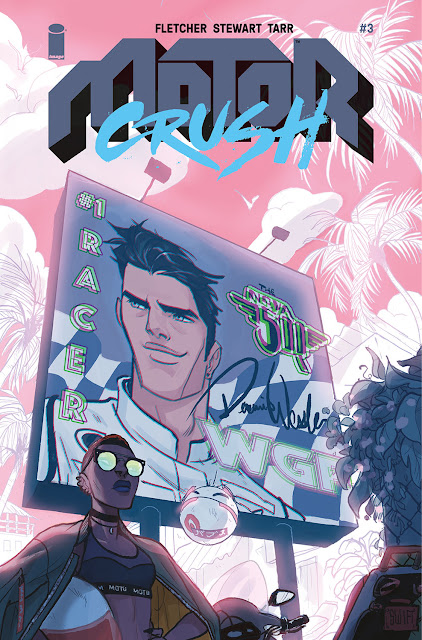 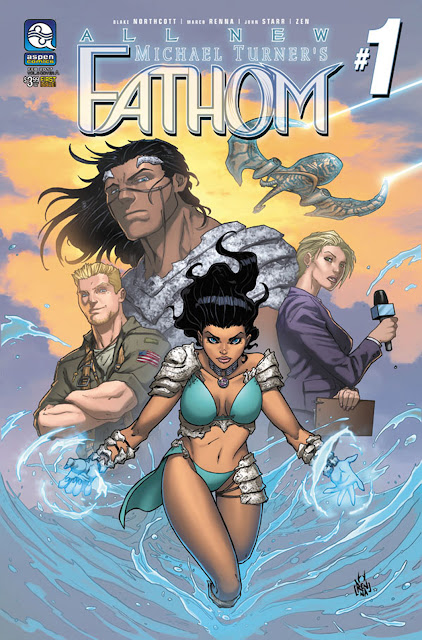 (W) Blake Northcott (A/CA) Marco Renna
Dive back into the world of MICHAEL TURNER'S FATHOM in this great jumping-on point for new readers!
ASPEN MATTHEW'S role in the brand new ASPEN UNIVERSE, spawning out of last summer's mega-event, Aspen Universe: Revelations, is larger than ever! Now, the preeminent heroine must navigate the treacherous divide between the humans and her ancestral people of The Blue-as well as the surprises in store for both races in this all-new FATHOM landscape where anything is possible!
Nearly two decades of the best-selling series created by superstar artist, the late Michael Turner, have culminated in this all-new FATHOM adventure by Aspen's newest up-and-coming talents! Please join newcomers, writer Blake Northcott and artist Marco Renna, as they bring readers back under the surface into the world of The Blue, and everything you loved about FATHOM! 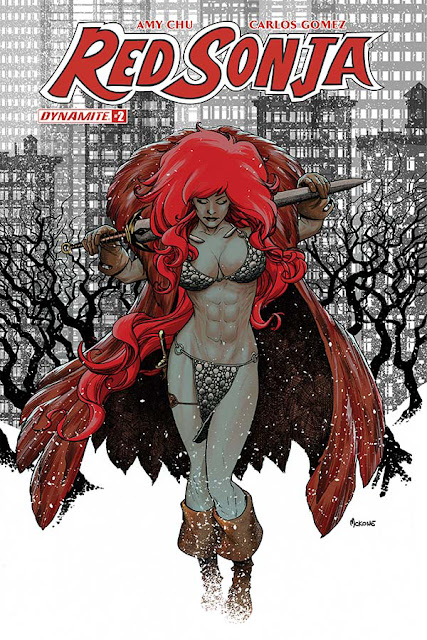 (W) Amy Chu (A) Carlos E. Gomez (CA) Mike McKone
Red Sonja is on the loose in the Big Apple-and the followers of Kulan Gath are determined to track her down. But they underestimate the She-Devil; she's adapting quickly to her new surroundings with the help of some new allies that include Max, a New York City cop with a secret past... 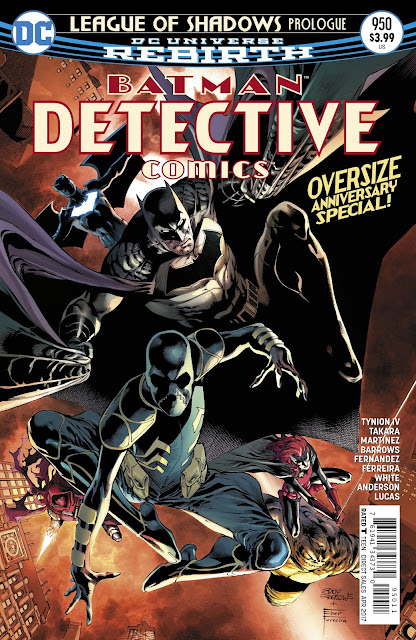 (W) James TynionIV (A) Marcio Takara (CA) Eddy Barrows, Eber Ferreira
"League of Shadows" prologue! Celebrate 950 issues of the original Batman series with this extra-sized extravaganza! Cassandra Cain has stayed out of the spotlight on Batman's team as she slowly comes to terms with the civilized world she was kept away from all her life...but the time for her to step up is fast approaching! Will she ever learn how to fit in among the masses, or will she always be more weapon than woman? Plus: a primer on the history of the League of Assassins, and an adventure with the team's newest recruit: Azrael, the Avenging Angel!
RATED T 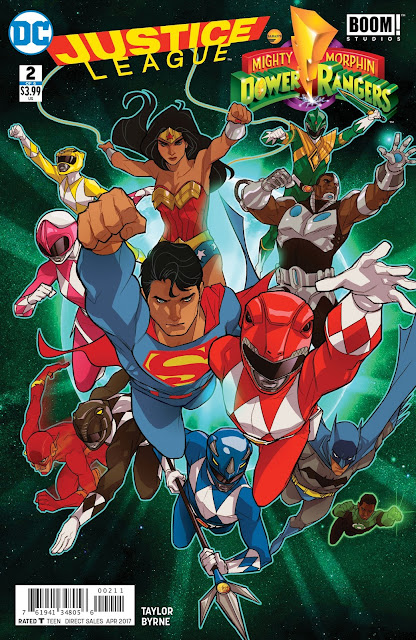 (W) Tom Taylor (A) Stephen Byrne (CA) Karl Kerschl
Lost in another dimension, the Power Rangers must face a team unlike any they've ever encountered! In a world teeming with god-like heroes and villains as monstrous as Lord Zedd, it will take more than superpowers to survive. Can the Power Rangers work with the Justice League to find a way back home? Co-published with BOOM! Studios.
RATED T 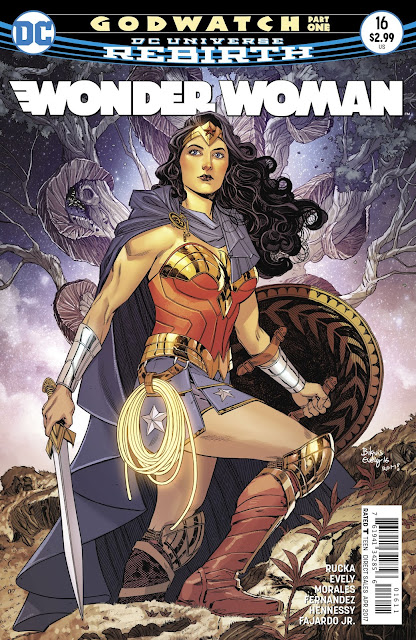 (W) Greg Rucka (A/CA) Bilquis Evely
"GODWATCH" part one! Since the moment Wonder Woman arrived in our world, Godwatch has been waiting. But who are they, and what do they want? Diana's journey to the truth continues with the origin of what may prove to be her greatest enemies.
RATED T 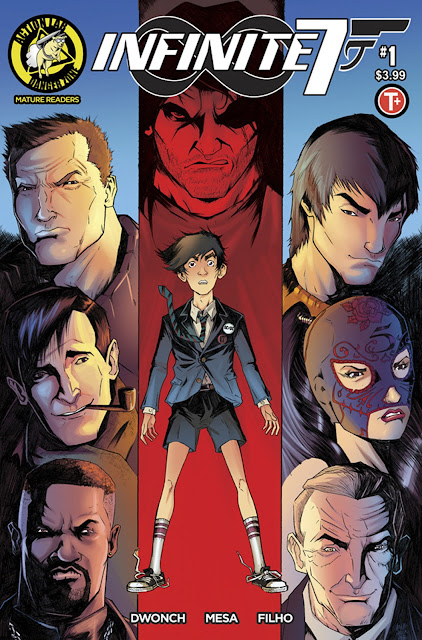 (W) Dave Dwonch (A/CA) Arturo Mesa
For centuries, a secret world government has employed the INFINITE SEVEN, the world's greatest assassins to do their dirty work. The only way to become one of their members is to prove your worth by killing one of their members. But what happens when Anthony Zane, a teenage boy from the suburbs does just that? Action hero archetypes are reimagined in what is sure to be the blockbuster series of the year!

NOTE:  Covers D and E interlock with 5 covers to be released throughout the first arc to form a MASSIVE Infinite Seven Poster! 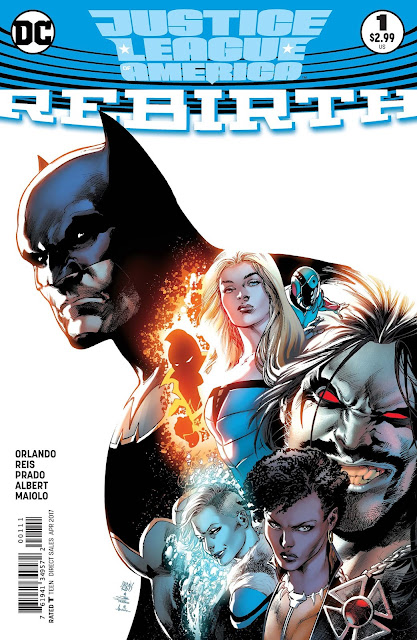