Joss Whedon in Talks to Bring 'Batgirl' to the Big Screen 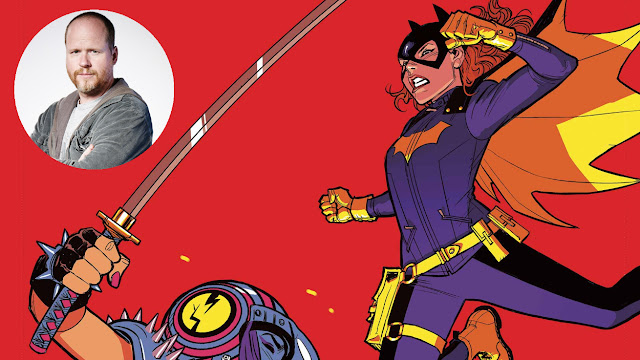 There was a time that the outlook for big budget female-driven comic book films seemed nearly hopeless. Then slowly the success of DC and Marvel films dominated the box office leading to more and more features until finally a long overdue Wonder Woman film was announced then Marvel included Captain Marvel in their upcoming phase. Margot Robbie's break-out role as Harley Quinn in 'Suicide Squad' begat the planned 'Gotham City Sirens' film led by Quinn and other female villains. Today, Variety is reporting that Joss Whedon (The Avengers, Buffy the Vampire Slayer, Firefly) is close to a deal to write, direct, and produce an untitled Batgirl pic for Warner Bros.

The report is a surprising one for two reasons. One, it was unclear if Whedon was going to return to Disney-Marvel after establishing their own series of blockbuster comic book films with The Avengers, Avengers: Age of Ultron and ABC Television's Agents of S.H.I.E.L.D. The process had seemed to have burnt him out. He had been doing research for his next project, a historical fiction/horror movie set during World War II. If the deal goes through, Whedon moving from the MCU to DCEU is a momentous one for Warner Bros. as it continues to solidify its slate of comic book movies.

Two, a Batgirl film was on no one's radar. Whedon had mentioned during an interview that he'd love to work on other established properties like James Bond, Star Wars, or a Catwoman film with Anne Hathaway reprising her role from 'The Dark Knight Rises.' But just like the announcements of 'Gotham City Sirens' and a possible 'Nightwing' movie, these were not publicly scheduled and part of Warner Bros' initial slate of films. Wonder Woman (2017), Justice League (2017), Aquaman (2018), Shazam (2019), Cyborg (2020), Green Lantern Corps (2020) are all on the docket besides 'Sirens' and 'Suicide Squad 2.'

Created by Bill Finger and Sheldon Moldoff in 1961, Batgirl aka Barbara Gordon, the daughter of Gotham City police commissioner James Gordon, has become a popular fixture of the Batman universe. The character has appeared in the comics, cartoons, live-action television, and live-action films. She currently leads her own DC Comics solo title, 'Batgirl,' written by Hope Larson and art by Christian Wildgoose and a team book, 'Batgirl and the Birds of Prey,' written by Julie and Shawna Benson with art by Roge Antonio.

The Variety exclusive also describes who else is attached to the project:

No other producers are currently attached. Toby Emmerich, president and chief content officer of Warner Bros. Pictures Group, is overseeing with Jon Berg and Geoff Johns. The new project originated in the past month.

We'll update the information as it becomes available. Begin your fan-casting now for 'Batgirl.'

UPDATE: Entertainment Weekly reveals what version of Batgirl is planned: “Sources tell EW that this version will be Barbara Gordon, daughter of Commissioner Gordon, and the movie will use the DC Comics ‘New 52’ version of the character as a starting point…It’s unclear how much of that series, written by Gail Simone, will be incorporated into Whedon’s film, but sources tell EW the movie will follow Simone’s harder-edged storyline rather than the more comical, playful ‘Batgirl of Burnside’ series that was rebooted in 2014, featuring the hero as a social-media obsessed student living in a hipster neighborhood of Gotham.”
Email Post
Labels: Batgirl comic books DC Comics Joss Whedon movies Warner Bros.