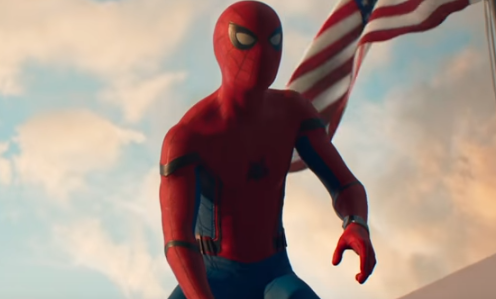 The impetuous teenage Peter Parker (Tom Holland) is coming back to the big screen as Sony releases the second exciting trailer for 'Spider-Man: Homecoming.'

This time around, Sony has collaborated with Marvel Studios to bring a more fun and creative web-slinger to audiences. They also have joint-custody of the character which allowed Spidey to be part of Marvel's "Captain America: Civil War" last year. Returning the favor, Robert Downey, Jr.'s Tony Stark plays an important role in mentoring the high schooler as a full-fledged superhero.

The new trailer offers a lot of new footage especially of Micheal Keaton's Adrian Toomes aka the Vulture. As a salvager, Toomes picks up the wreckage left behind by New York's superheroes but as the blue-collar type, he feels threatened by Stark Industries. "The rich and the powerful, like Stark? They don’t care about us," he says as he takes a villainous turn in a mechanical flying suit.