LADY BLOODFIGHT TRAILER: If 'Bloodsport' Featured All Women Instead 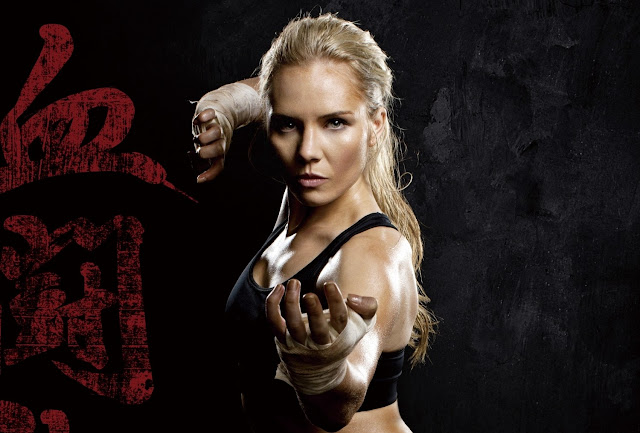 All you need to know about this action thriller is that 'Lady Bloodfight' was originally titled 'Lady Bloodsport' and perhaps it was too close to the Jean-Claude Van Damme classic 'Bloodsport' to keep the name but the premise is very similar.

A troubled American girl (Amy Johnston) backpacking her way through Hong Kong is recruited to fight in a vicious, all-female and underground Japanese martial arts tournament known as "The Kumite."

After Jane successfully fends off thugs trying to rob her, it draws the attention of Shu, a Wudang champion, who is impressed by her raw fighting abilities. Shu recruits Jane and trains her to fight in the tournament. Soon, she faces off against the deadliest female fighters in the world, including Ling, the apprentice of Shu’s nemesis, Wai, a Shaolin master.

I can't speak to the quality of the film but it looks as violent and visceral as the original 'Bloodsport' and martial arts movies of the 80s from watching the trailer. It's a familiar plotline sure but how often does a movie put the spotlight on women combatants? Not often enough.

“Lady Bloodfight” will get a  limited release on May 26  before landing on DVD June 6.