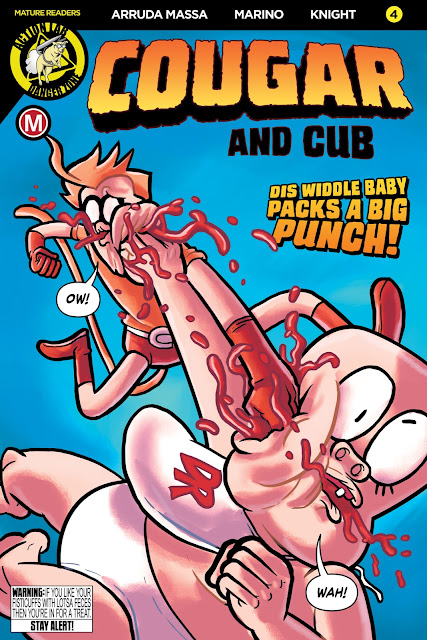 Cougar's been ambushed in the Cat Hole and Cub's out for revenge! Eager to make amends after his hysterical hissy fit, he's got his eyes on the city's big bads but ends up running head first into Megaville's biggest baby.

Plus, backtrack to the black and white boom as a grim 'n gritty Cougar is pulled out of retirement by a plucky Cub to battle a mutant shark with a shady past! 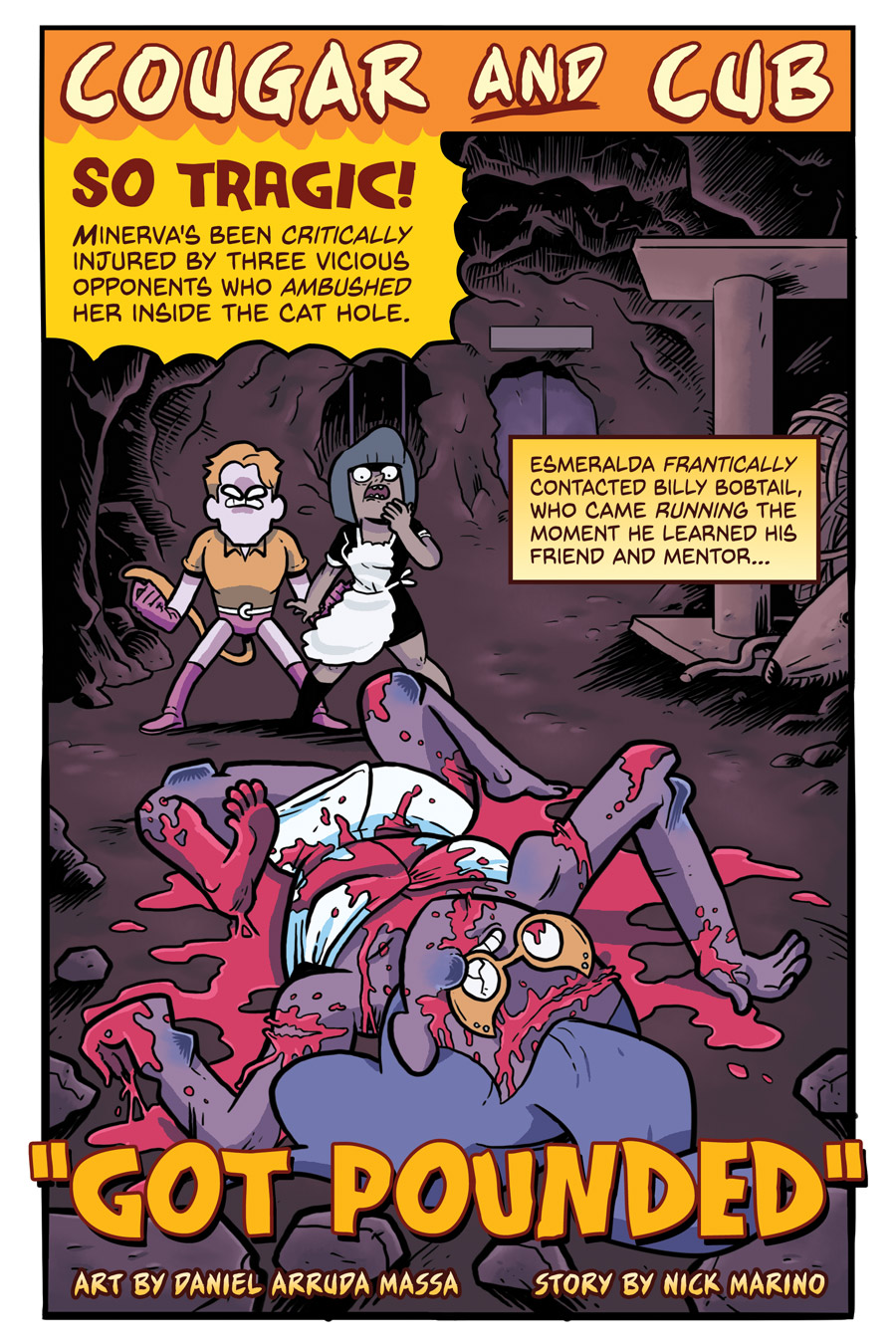 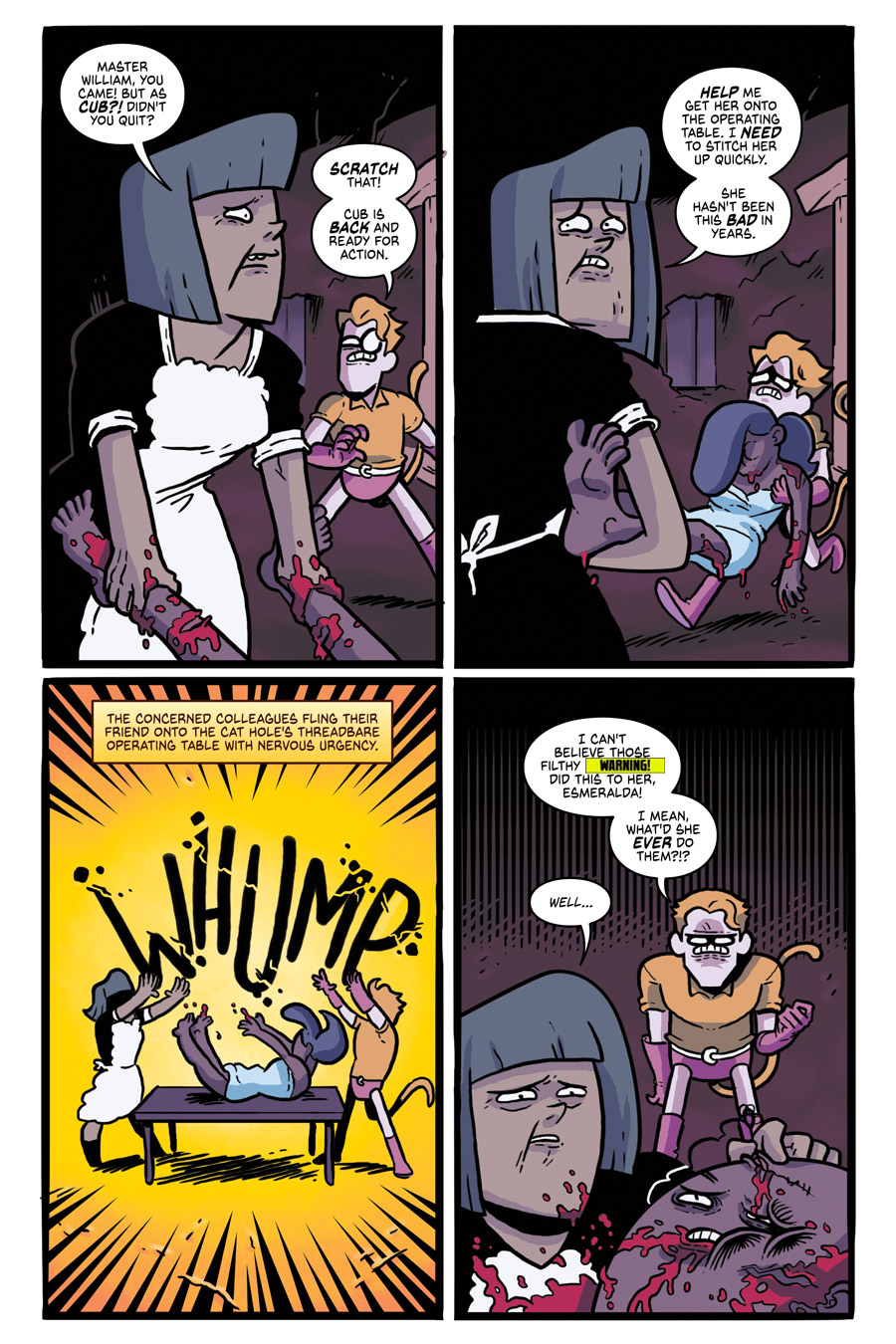 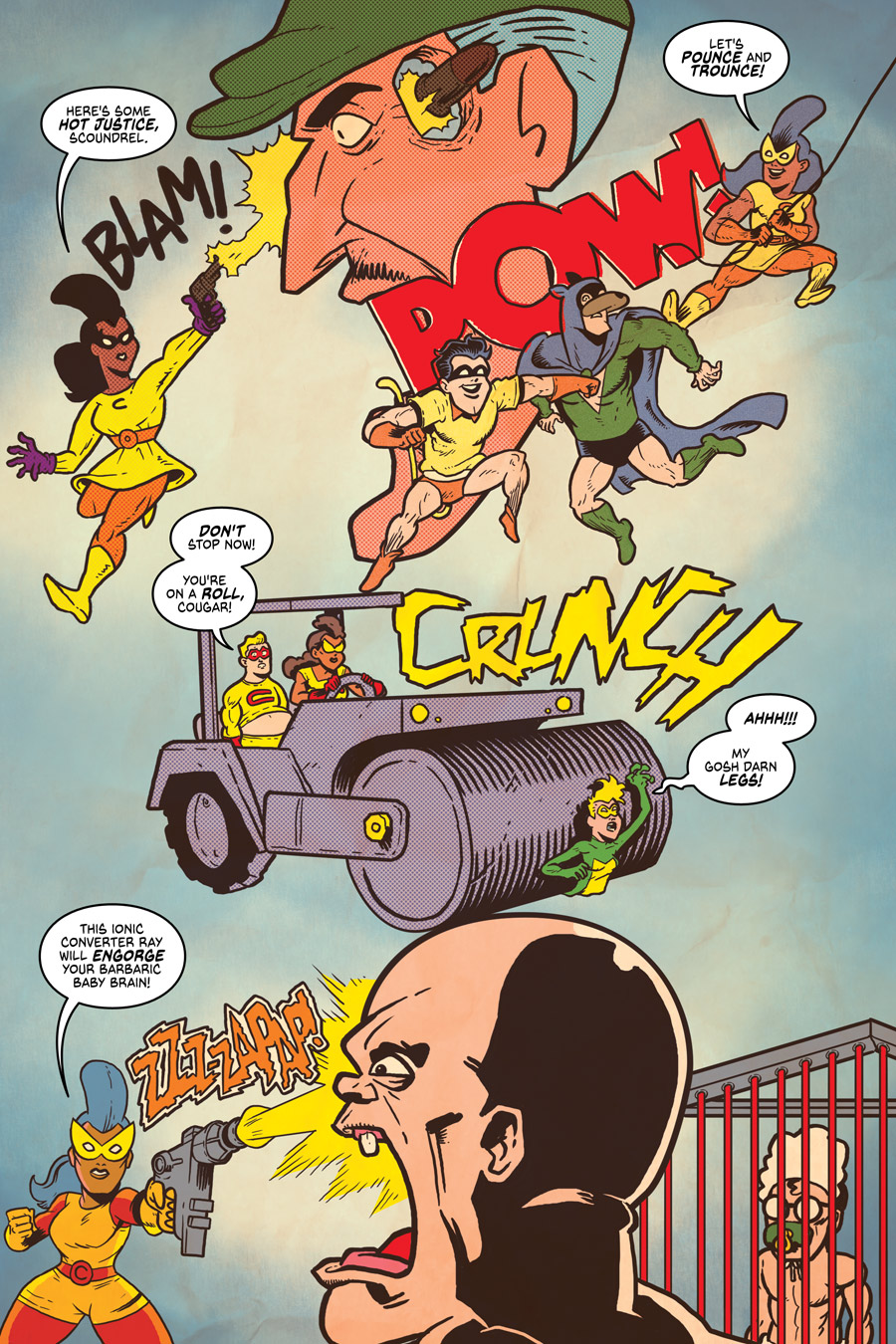 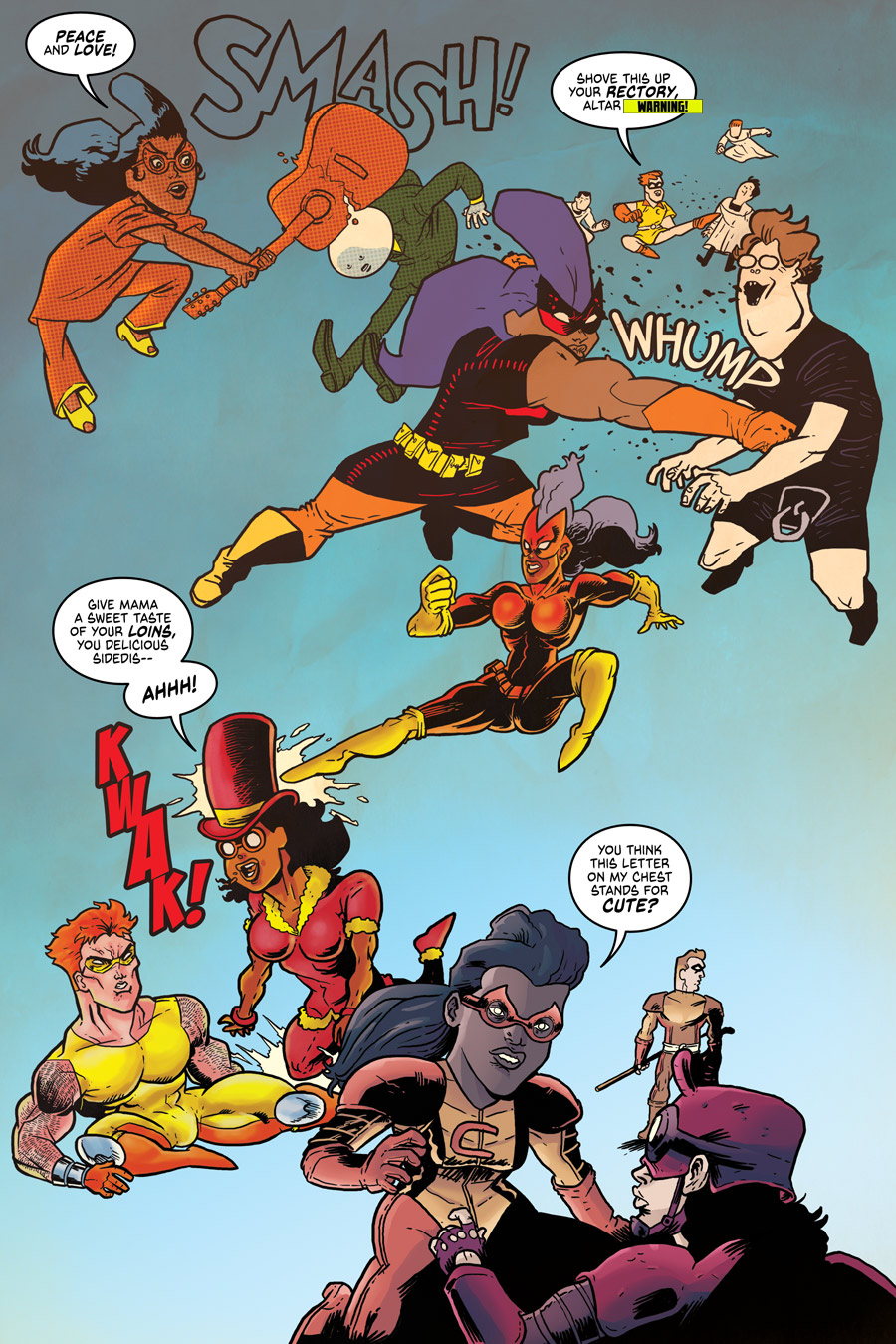 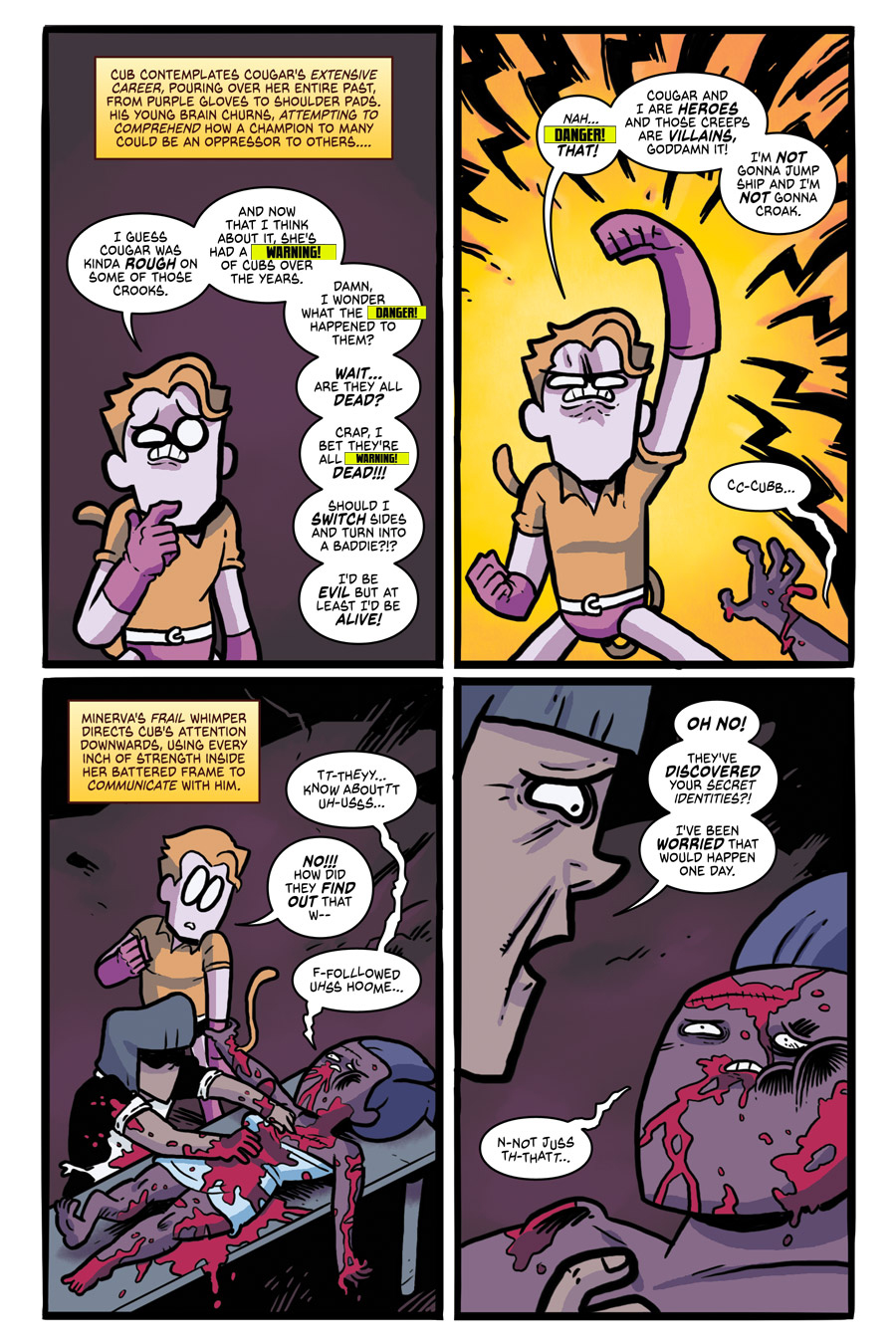 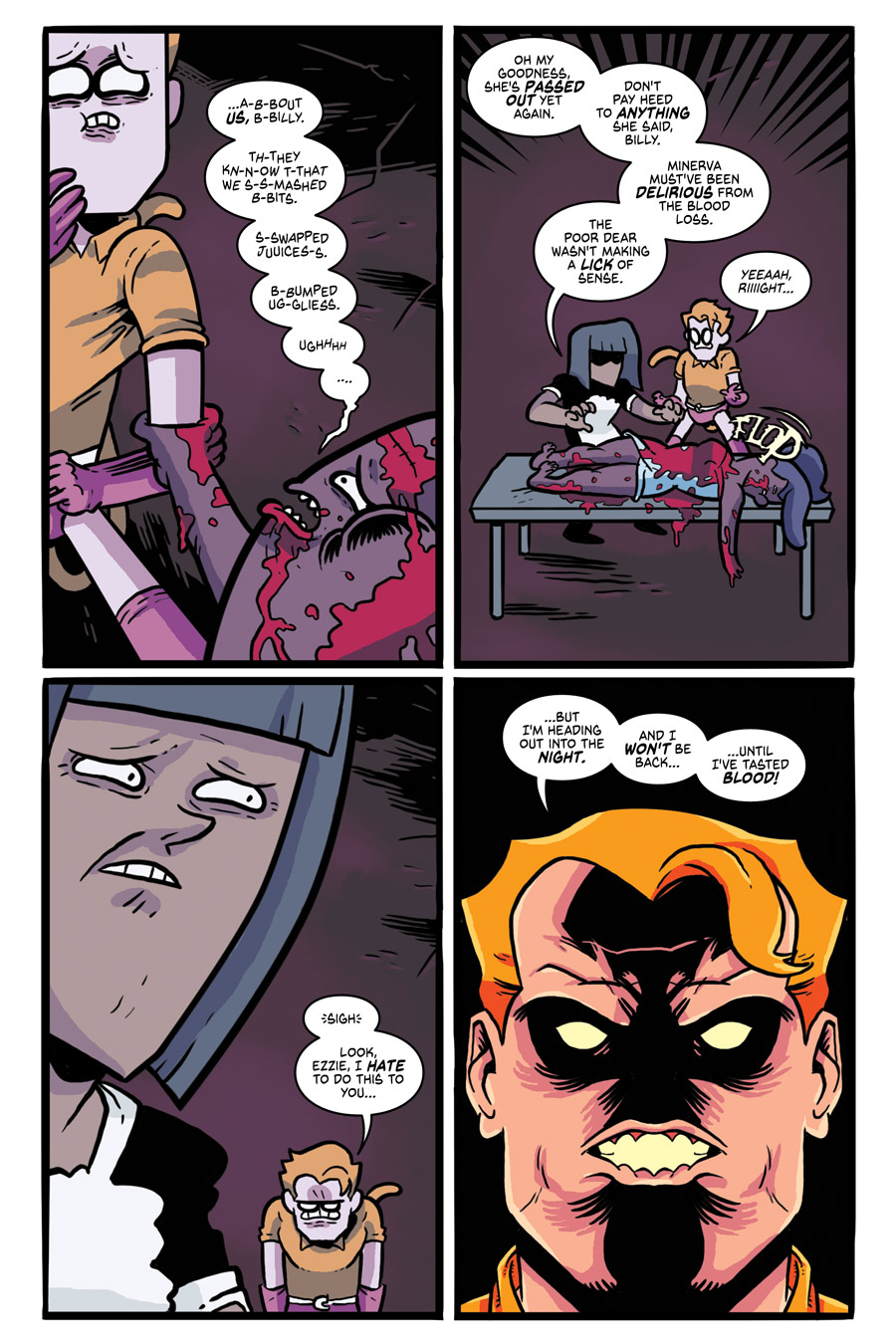