Amid Controversy, Wonder Woman Movie Marketing Begins to Ramp Up 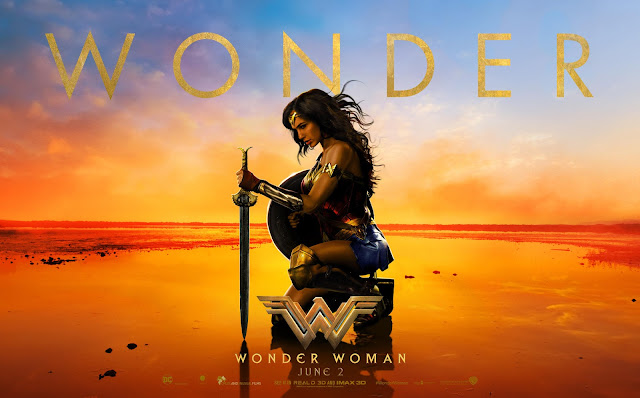 It wouldn't be the internet without some sort of disagreement taking place between strangers. The latest involves the marketing, or the lack thereof, of the upcoming Warner Bros DC Comics adaptation, Wonder Woman. However, it may not be as dire as it seems.

The contention is that there's been a bare bones approach to the film's marketing thus far. Bloggers have posted several articles this past week admonishing this perceived slight and comparing its marketing campaign to other DCEU features. They wonder where the marketing blitz is five weeks away from its release. Where are the billboards, buses wrapped in advertisements, endless TV spots, and TV appearances from its stars?


The worry is born from genuine concern for such an iconic figure and not the usual shade that is thrown DCEU's way like many angry people o' the internet have suggested. The narrative may or may not be warranted but there is a lot at stake. After 75 years, the most iconic, most revered feminist symbol to come from comic books who's transcended pop culture is finally being adapted to film. Wonder Woman is one-third of the DC Comics' famous trinity along with Superman and Batman but hasn't received the same treatment. Besides one live-action television series in 70's, the Amazon princess hasn't had another series or film since. Meanwhile, the Man of Steel and the Dark Knight have had numerous shows and movies. Wonder Woman didn't even have a solo animated DVD until 2009. Now, with her introduction in 2016's 'Batman V Superman: Dawn of Justice,' 'Wonder Woman' with Gal Gadot reprising the role is poised to debut June 2, 2017, under the direction Patty Jenkins.

The first major release of a big budget superhero movie with a woman as the lead and a woman director has many people anxious specifically female fans. They understand that studios don't value women very much. Studios have a misguided philosophy that says women-led films don't draw big audiences, therefore, it's not worth investing nine figures like they do with male-driven blockbusters over and over again. The truth, of course, is that women can open a film and make a studio a fortune. 'The Hunger Games,' 'Max Max: Fury Road,' and 'Star Wars: The Force Awakens' were all centered around a female lead and did just fine. The fact that it's taken Warner Bros this long to bring Wonder Woman to the big screen is a travesty. Marvel Studios, the current superhero tentpole factory, took them 20 films before committing to 'Captain Marvel,' their first female-led movie to be released in 2019.


The fear is that if 'Wonder Woman' doesn't meet or exceed expectations the chances for a franchise are gone. It'll give those misogynist studio execs ammunition the next time someone comes looking to make another big budget film with a female lead. Women only made up 7% of the directors of the top 250 films last year. Fewer still get to make one with a budget over $100,000,000, so the undue pressure for 'Wonder Wolman' to succeed has ramifications that unfairly targets women in front and behind the camera.

It's this rationale that has alarmed some folks, on Twitter specifically, leading to editorials about the lack of a big marketing push for 'Wonder Woman.' While we've seen numerous trailers, posters, and corporate tie-ins, there's been a lull since trailers arrived during Nickelodeon Kid's Choice Awards and the NCAA Men's Basketball Tournament. Nothing makes fans more nervous than when a movie they can't wait for doesn't get the same marketing blitz other films get. Their fears may not be unfounded but there could be a light at the end of the tunnel.


The good news is that outlets like Vanity Fair and Forbes have crunched the numbers and they've determined that the promotion budget spent at this same point is higher than it was for 'Suicide Squad.' And the marketing push could just be getting started. There is still plenty of time to reinforce the June 2 release to the general public. This is what they had to say:


Five weeks is a long way out in movie-marketing land. Especially during the crowded popcorn season we’re entering. Let’s look at some data: according to iSpot, which tracks TV advertising, W.B. has spent $3,043,212 so far on ads for Wonder Woman. At five weeks out, the studio had spent $2,645,643 on ads for Suicide Squad...On Thursday—perhaps hearing the call from fans—the studio dropped two new trailers for the film, one heavy with action and another with wit. So far, at least, Warner Bros. seems to be giving Wonder Woman a fair deal.(Yohana Desta, Vanity Fair)

Moreover, Gadot and Pine (among others) will soon start to pop up on the likes of The Tonight Show, and Ellen and Good Morning America. Those interview segments will come with the usual "So, you have a clip for us?" footage that will then debut online along with whatever other clips Warner Bros. chooses to spoil prior to release. Oh, and Danica Patrick will race a car covered in Wonder Woman-inspired art during two big races next month. I would have arranged for Gadot to host Saturday Night Live (although Chris Pine is hosting on May 6th), but that's not my call. (Scott Mendelson, Forbes)

There were a total of three new TV spots released this past week (you can see those above) and there are additional tie-ins like the NASCAR car event that will reach a big audience, Dr. Pepper cans adorned with images of Wonder Woman, contest to join Chris Pine at the world premiere (proceeds go to charity), Snapchat filters, a custom gauntlet maker online, and three new photos (see below) from the film have been released.

Warner Bros should be ready to bring an onslaught of new promotions and additional trailers, like the customary character posters, talk show circuit for its stars, billboards and of course those ad-covered buses. The studio wants 'Wonder Woman' to succeed despite the criticisms about marketing. 'Man of Steel,' 'Batman V Superman: Dawn of Justice,' and 'Suicide Squad' all made hundreds of millions of dollars at the box office but were decimated by critics. The fallout should 'Wonder Woman' fail critically or with audiences would tarnish the prospects of this November's release of 'Justice League.' The think pieces about its mishandling alone could power the internet for months. The same writers questioning the marketing will be the first ones to sharpen their knives to cut down Warner Bros with a chilly "I told you so" and more.

It's too early to panic. The studio realizes every superhero film they make is overly scrutinized and endlessly compared to Marvel. The bottom line is they want and need a hit movie and it's in their best interest to market 'Wonder Woman' as best and as often as they can. There's some evidence it's beginning to pick up. If we're still talking about this two weeks from now then I'd worry. 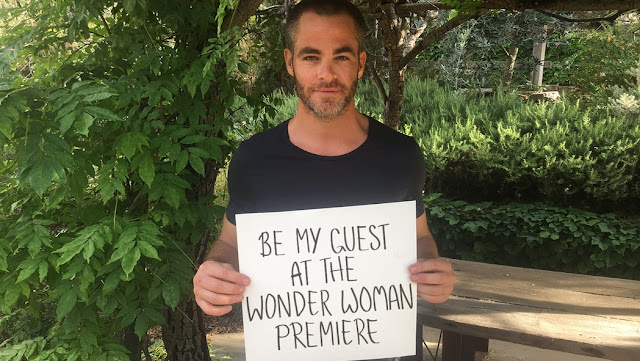 "YOU could walk the red carpet at the #WonderWoman premiere with Chris Pine! Enter NOW: CLICK HERE 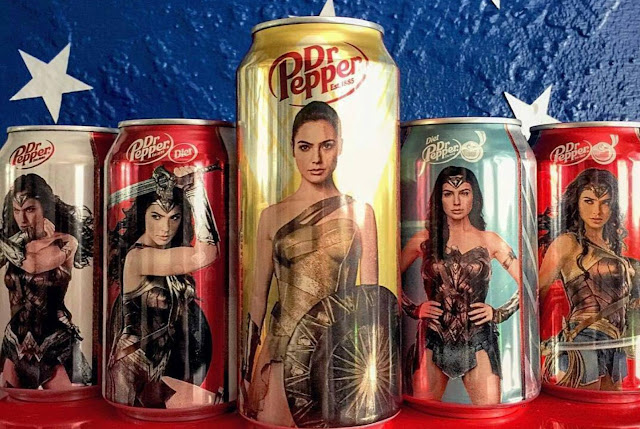 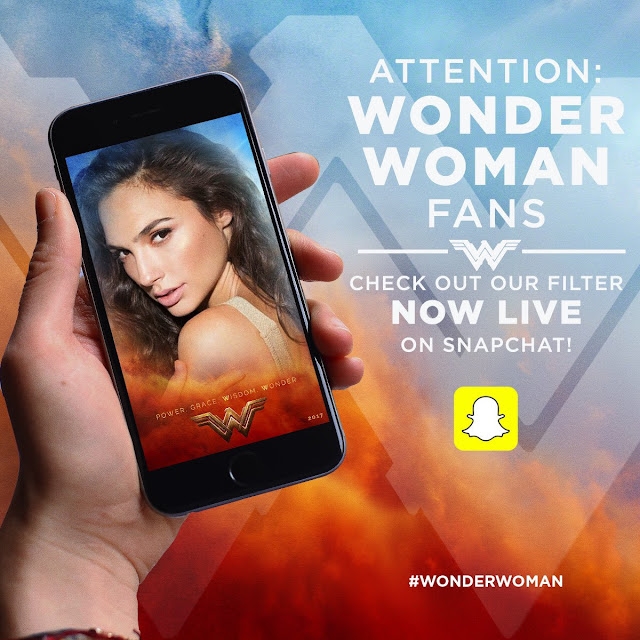 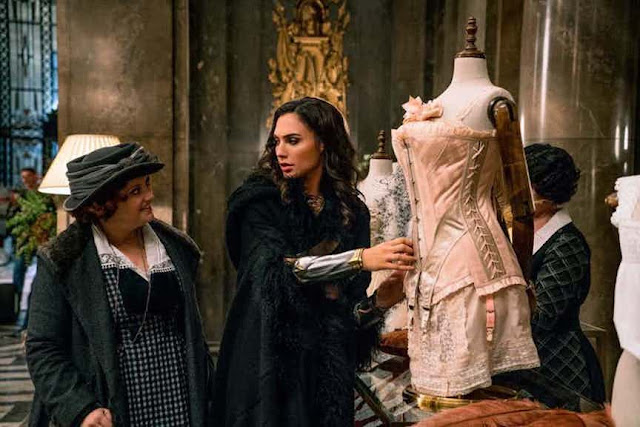 "This was the very 1st day of @WonderWomanFilm shoot, on location in #london. I laughed a lot that day..." - Lucy Davis (@RealLucyDavis) 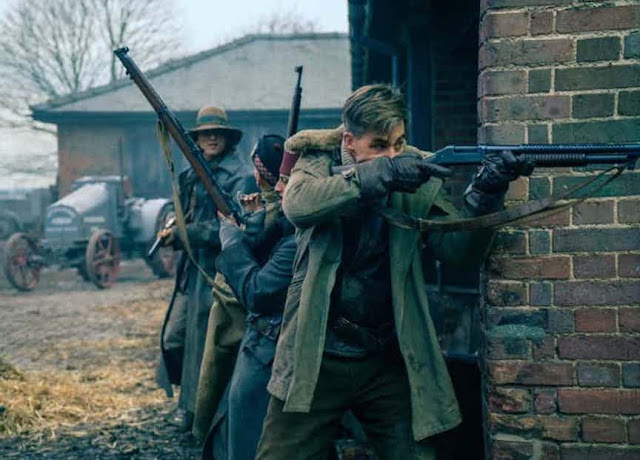 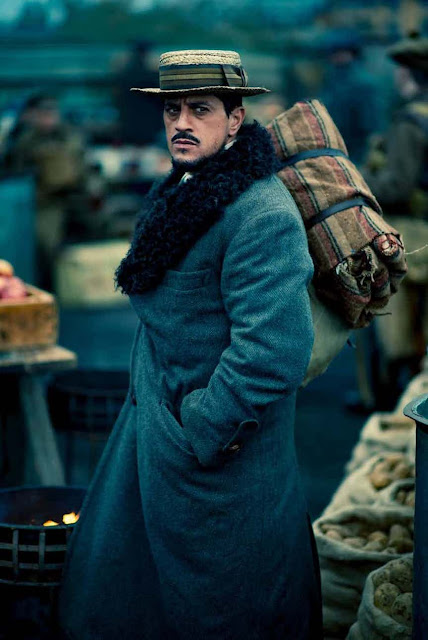 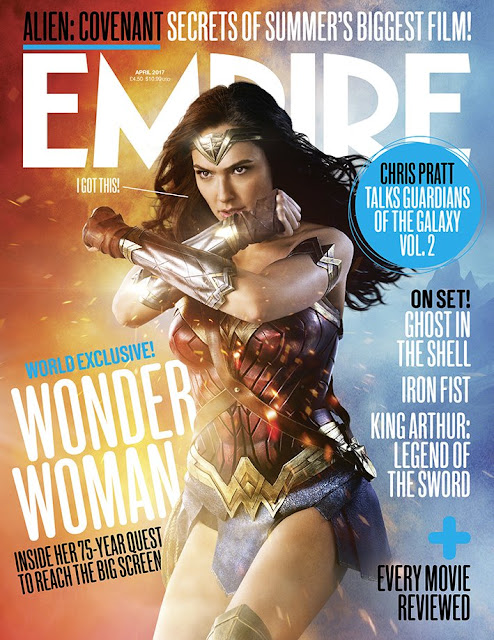 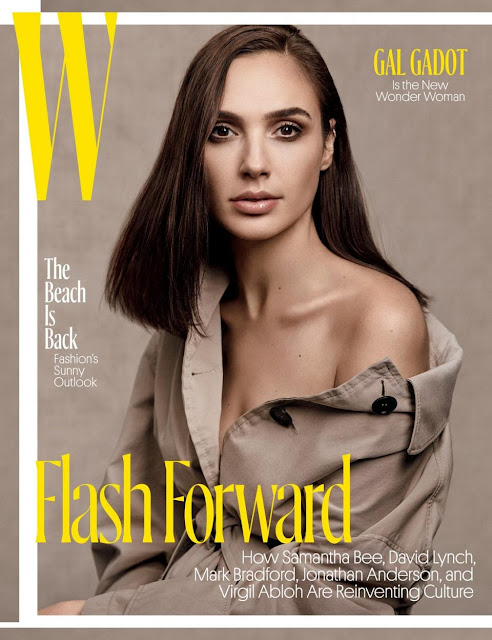 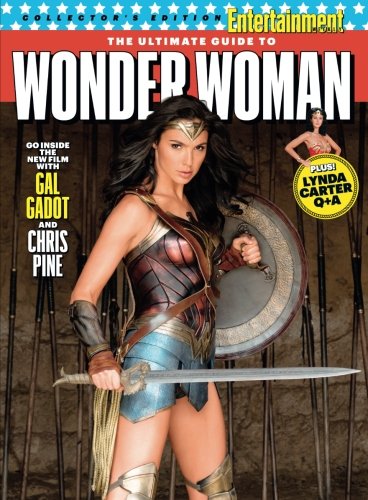