"You four: the devil of Hell's Kitchen, the smart-ass detective, the righteous ex-con and the kid with the glowing fist," Scott Glenn's Stick says in voiceover. "The war for New York is here. Get your shit together." And thus describes The Defenders, where Daredevil (Charlie Cox), Jessica Jones (Krysten Ritter), Luke Cage (Mike Colter) and Iron Fist (Finn Jones) join forces against The Hand in another Netflix-Marvel series coming this summer. Watch the first trailer below. 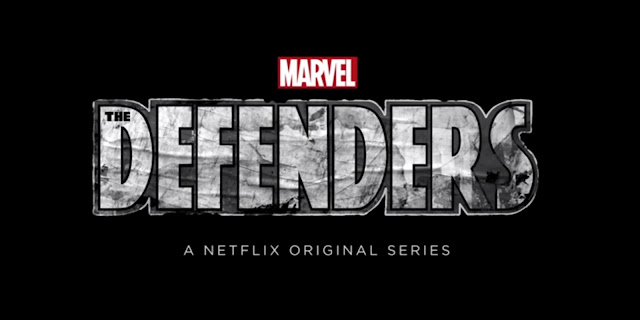 After each character had at least one season to establish themselves as Marvel's street-level heroes, the four combine powers to take on a major threat. In the exciting trailer, the different characters begin to cross paths, swap quips and kick ass. In Luke Cage and Danny Rand's case, they fight each other. "I'm the immortal Iron Fist," Rand picks up where he left off from his series telling anyone who'll listen who he is. "You're what?" Cage responds incredulously. And as usual, the one constant throughout all four shows has been the put-upon nurse Claire Temple (Rosario Dawson) as the voice of reason,"You're on the same side."

It wouldn't be a Marvel/Netflix series without at least one hallway fight. The trailer is set to a remix of Nirvana's "Come As You Are" while the team bickers, brawls, and banter. It looks to be another exciting season of three of the best Marvel heroes on Netflix.

Marvel’s The Defenders follows Daredevil (Charlie Cox), Jessica Jones (Krysten Ritter), Luke Cage (Mike Colter) and Iron Fist (Finn Jones). A quartet of singular heroes with one common goal – to save New York City. This is the story of four solitary figures, burdened with their own personal challenges, who realize they just might be stronger when teamed together. The Netflix original series will launch globally on August 18, 2017.