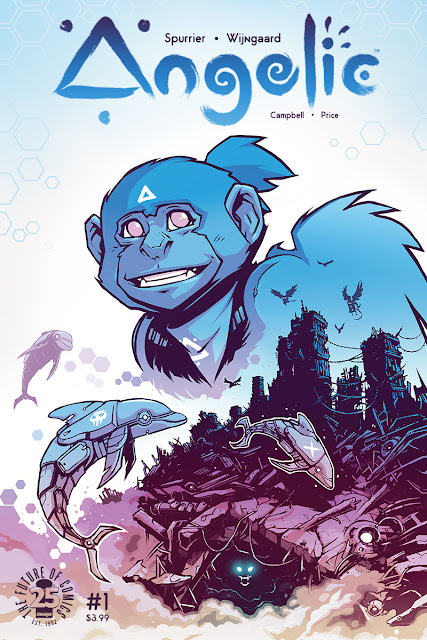 "Angelic's about teenage flying monkeys having adventures in the far future because that's totally a genre now,” said Spurrier. “But in the best traditions of age-friendly fiction—think Pixar or Ghibli—there's also a bunch of meaty themes beneath the fun: religion, parenthood, technology, and responsibility, it's all in the mix. Ultimately it's a tale about the Earth—after us. And all rendered in the unmistakably vivid color and crackle of superstar-in-the-making Caspar Wijngaard.”

Winged monkeys! Techno-dolphins! Quantum alleycats! In ANGELIC, humanity’s long gone. Its memory lingers only as misunderstood rituals among mankind’s leftovers: the genetically modified animals they used and abused for eons.

But for one young flying monkey, QORA, the routines are unbearable. All she wants is to explore. Instead, she’s expected to settle down, to become a mother...to lose her wings.

ANGELIC is a story of teenage rebellion and animal antics amidst the ruins of civilization, promising to be WALL-E by way of Watership Down. 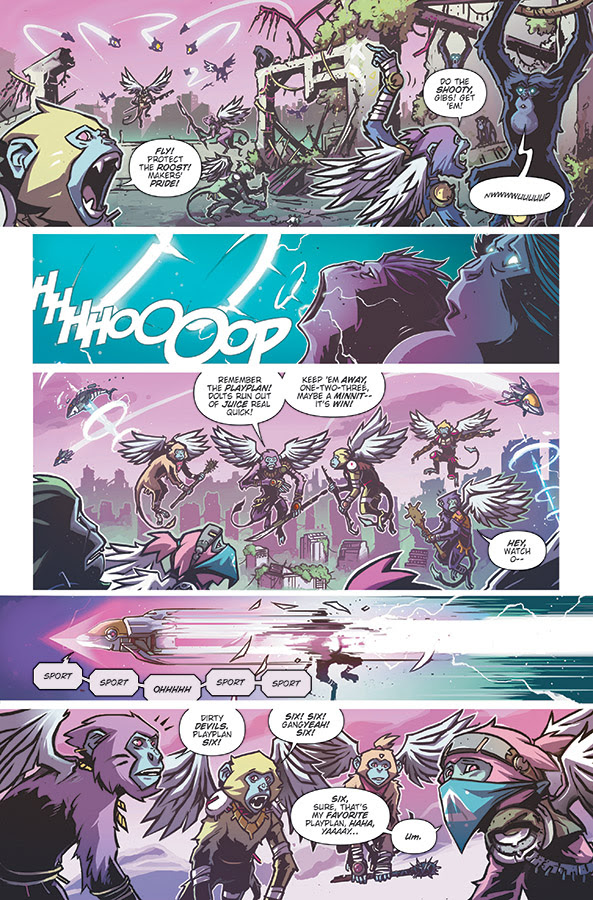 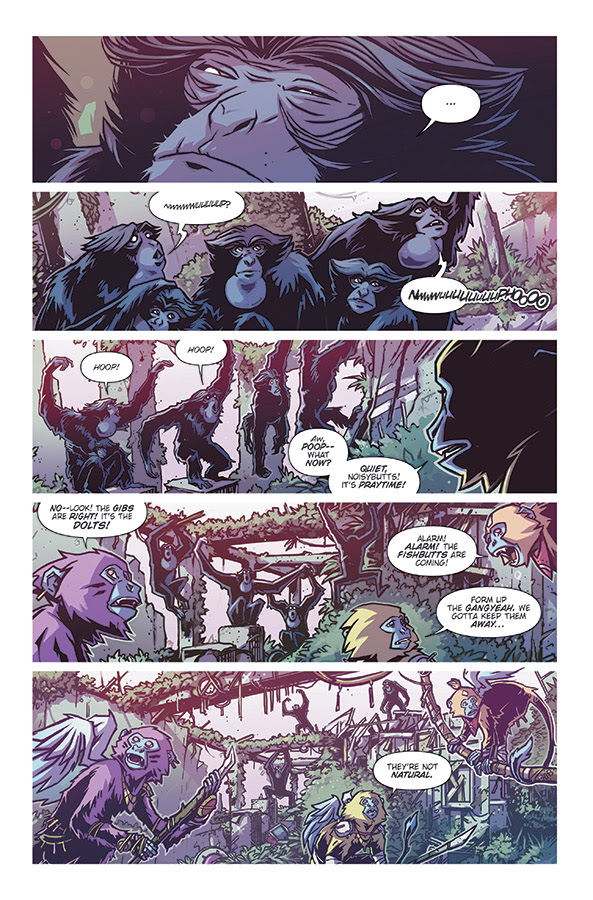 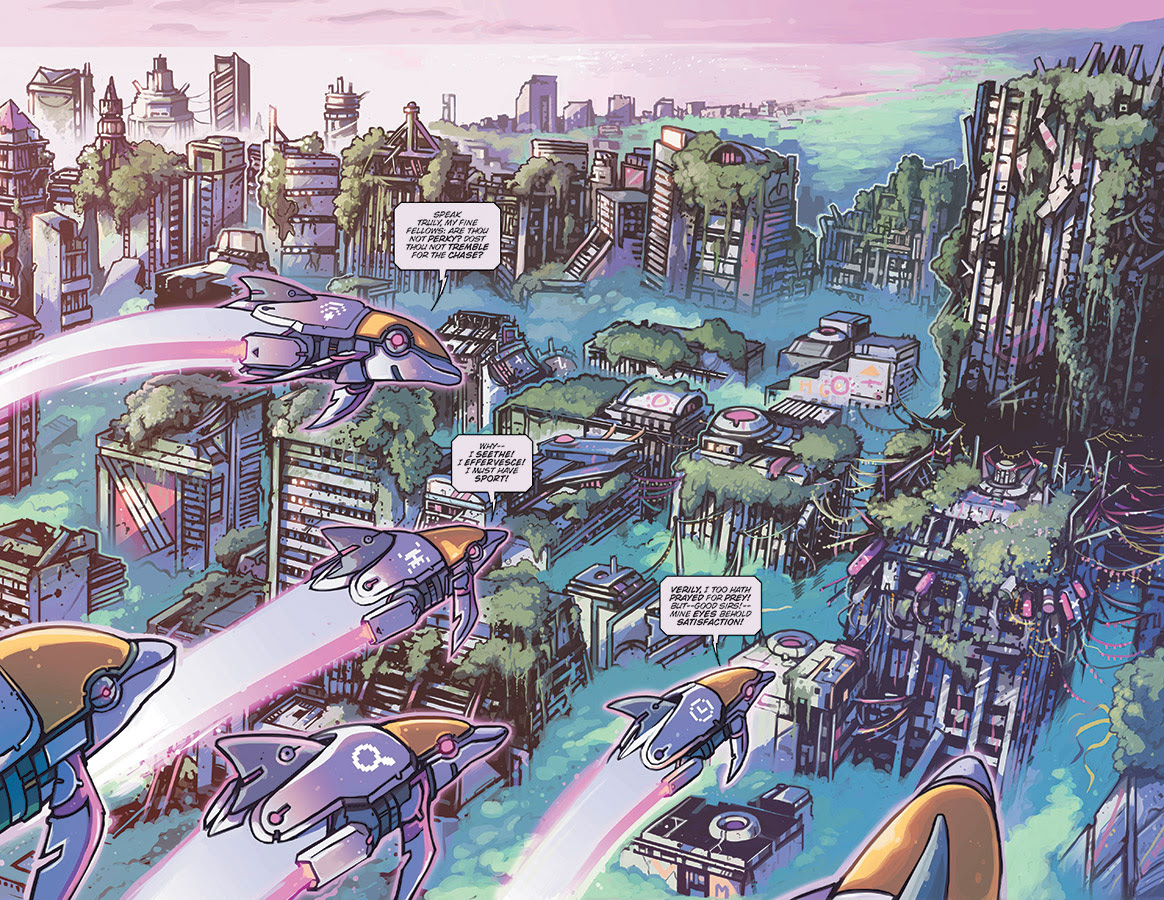