Batman and The Shadow, two of comics' most iconic characters, will again join forces to save the world this October as Dynamite Entertainment, DC Entertainment, and Conde Nast partner for a brand new, six-issue crossover event that will unite history's most well-known vigilantes as they confront the World's Greatest Evil! Writer Steve Orlando (Batman/The Shadow, Justice League of America) and artist Giovanni Timpano (The Shadow, Transformers) will team to tell this instantly classic tale of noir, mortality and generational heroes and villains, set to hit stores October 4th! 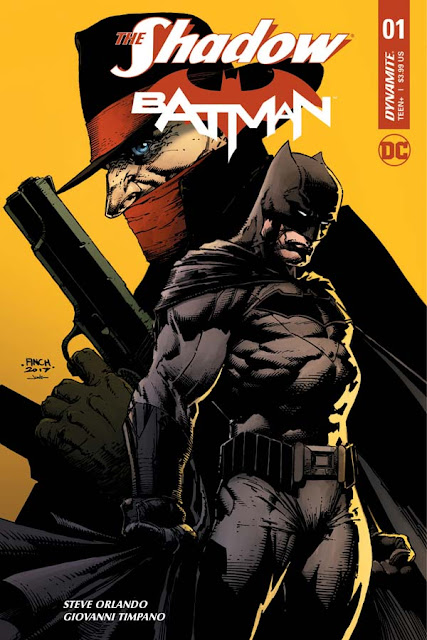 Writer Steve Orlando said, "Shadow/Batman continues to be a dream moment for me, working with two of the biggest icons of pulp fiction and pop culture history is and will always be an honor. To dig even deeper into the pasts and motivations of the characters, to craft villains and challenges that force them to redefine themselves and grow as the fascinating, obsessed, passionate people they are, is wonderful. In Batman/Shadow, Batman faced a truth he was afraid to comprehend. In Shadow/Batman, the Shadow is finally faced with a moment he's avoided his entire life: the moment the Shadow does not know." 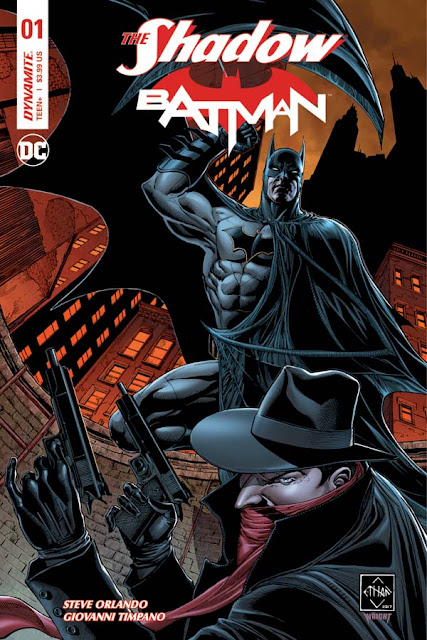 Steve Orlando writes and produces comics, including VIRGIL (IGN's best Graphic Novel of 2015), Undertow and stories in the Eisner Award Nominated Outlaw Territory at Image Comics. As well, he launched 2015's Midnighter and 2016's Midnighter and Apollo, both nominated for GLAAD awards, and took part in Justice League: Gods and Men, Batman and Robin Eternal and most recently launched Supergirl, Batman/The Shadow and Justice League of America for DC Entertainment's REBIRTH initiative.

Artist Giovanni Timpano said, "I was working on the finale of the second arc of Eclipse when Dynamite Executive Editor Joseph Rybandt emailed me, asking if I was interested in working again on The Shadow. I have to admit that I was a bit doubtful, because I drew several stories of The Shadow, with several writers, so I was wondering if I would have been able to add something new and different from the previous times. I'm that type of artist who always needs a challenge, who doesn't like to repeat himself. Then Joe told me that it was not just The Shadow, but The Shadow/Batman. And later, once I read Steve Orlando's idea for the story, all of my doubts vanished. We all know how important The Shadow was for Batman's creation back in the day, and Steve have taken this connection between the two characters and transformed it into the very heart of his story. This is not a simple crossover between these two heroes, this is an important piece for both characters' history. That's why it was impossible to say no to this project. All this gave me a different incentive to add something new to my take on The Shadow. Basically, this is my third time on The Shadow, and I feel as I'm founding my definitive version of the character." 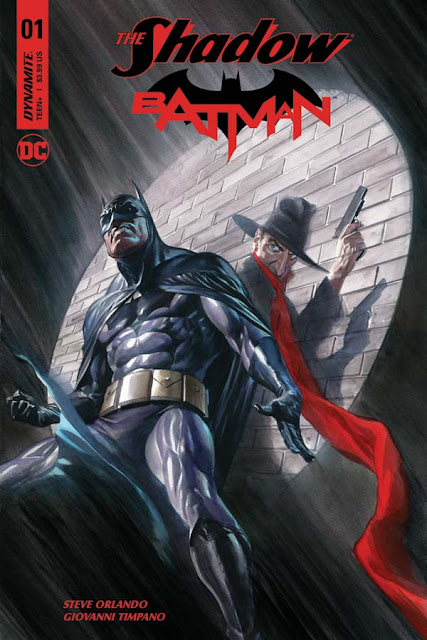 Giovanni Timpano is an Italian comic book artist who has worked with several of the top comic book publishers such as Dynamite Entertainment, IDW, and Zenescope. His work has been featured in many best-selling series, including The Shadow, GI Joe, Hellraiser, and Grimmy Fairy Tales. Most recently, Timpano partnered with Zack Kaplan and Image Comics to co-create the hit series Eclipse.

Dynamite Senior Editor Matt Idelson said, "Doing a sequel to a great story is never easy.  You find yourself comparing the work you're doing to that which came before even before the rest of the world does.  In this case, though, I think Shadow/Batman is not only a sequel, but a logical and necessary extension to Batman/Shadow, and a powerful story on its own.  Steve has so deftly avoided repeating anything from the prior series, creating something that is so fresh, so awesome, there won't be a single reader that walks away disappointed.  And Gio's art is tremendous!  He's always known what he's doing, but his work has grown and evolved so much since his earlier Shadow work and I can't think of another artist who would have fit this project so perfectly." 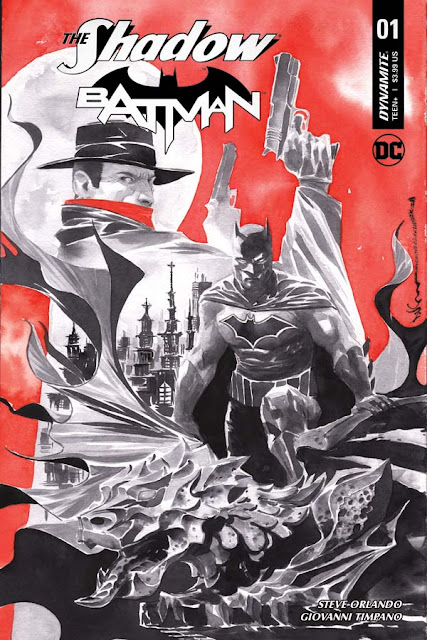 "The commercial success and critical reception for DC's Batman/Shadow series has been overwhelming - fans and critics alike have had nothing but positive reviews - which has allowed us to immediately create a new series," said Nick Barrucci, CEO and Publisher of Dynamite. "With the success and popularity of the series, it was thrilling to receive the greenlight from our friends at DC for our new cross-over, and working with their team has been nothing short of a pleasure. I cannot express enough what an honor it is to have the opportunity to publish two of the greatest characters to ever appear in comics, and I can't wait for fans of both to experience the amazing story we're going to tell."

"What DC and Dynamite Entertainment started with Batman/Shadow early in 2017 continues to spark interest with fans of these classic characters," said Hank Kanalz, DC's SVP Editorial Strategy & Administration. "Shadow/Batman is a compelling story that not only continues to honor the history of both heroes, but adds to it - which should be the goal for any great crossover comic. We can't wait for the fans to see what Steve and Giovanni deliver." 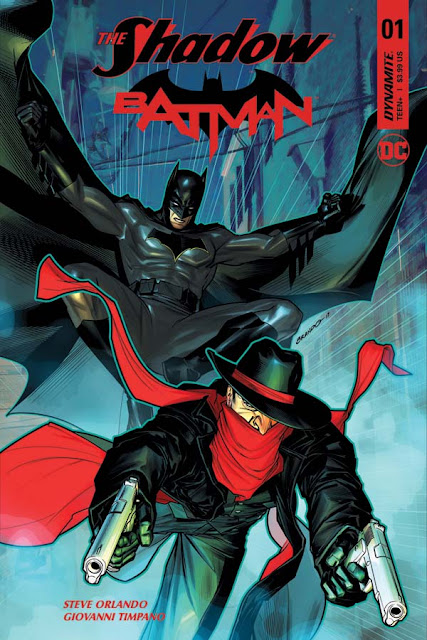 Shadow/Batman is not the first time these iconic characters will join forces, as The Shadow appeared in two issues of Batman's regular monthly comic in 1973 and 1974. Most recently, DC Entertainment, Conde Nast, and Dynamite Entertainment partnered in April 2017 to publish Batman/The Shadow, a six-issue mini-series from creators Scott Snyder, Steve Orlando and Riley Rossmo.  The series, which has since been met with wide critical acclaim, is the thematic prequel to Dynamite's new Shadow/Batman series. 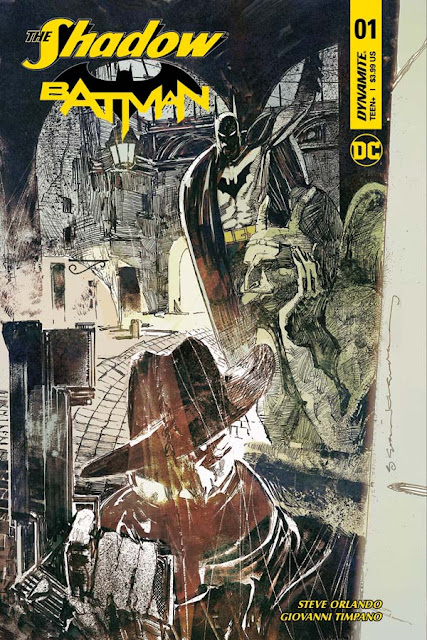 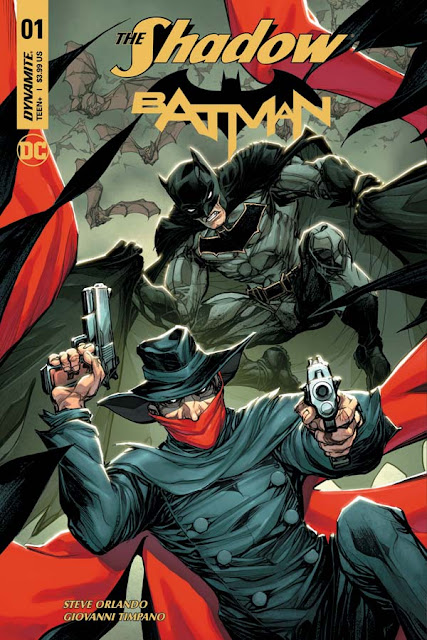 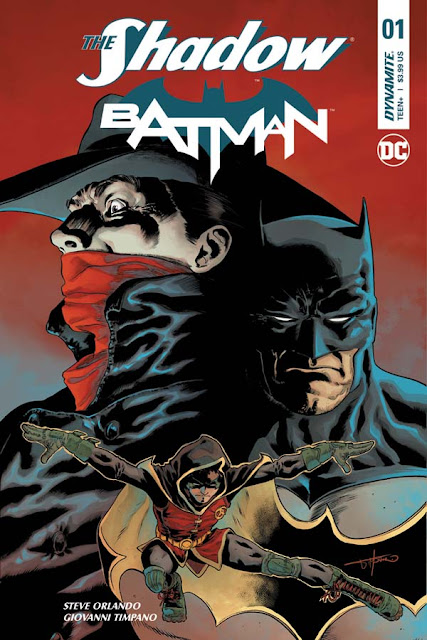 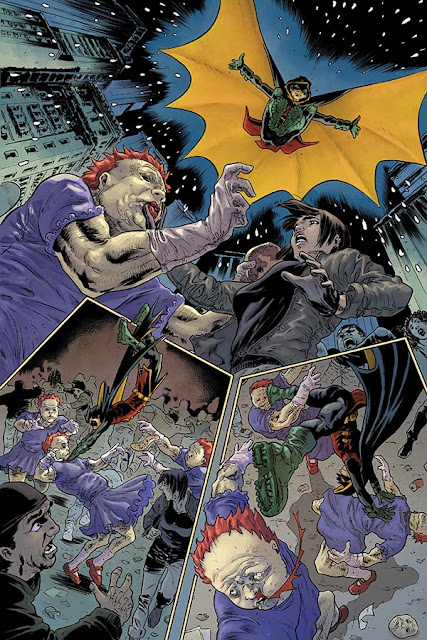 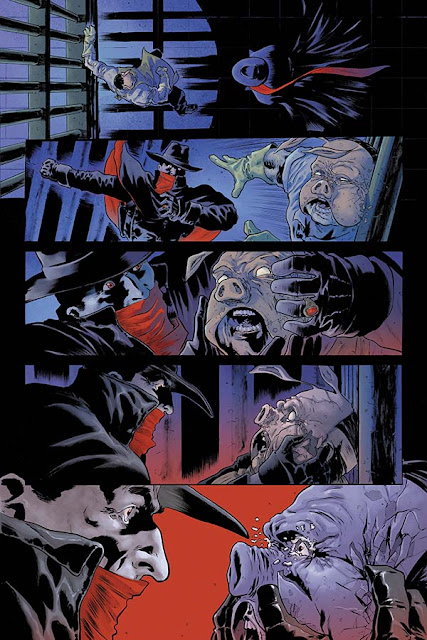 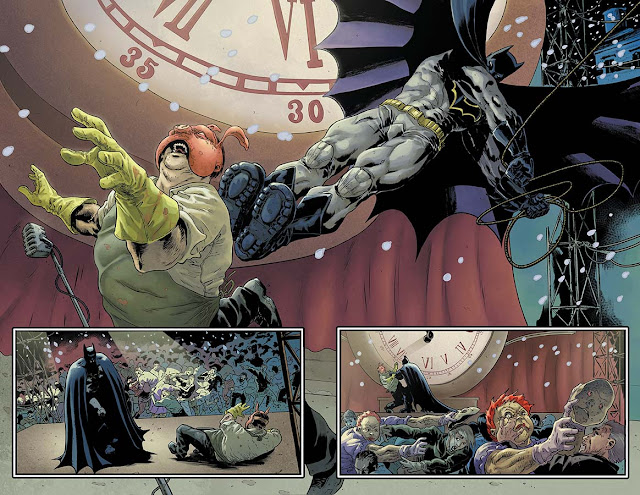