Taraji P. Henson is Locked and Loaded in the First Trailer for 'Proud Mary' 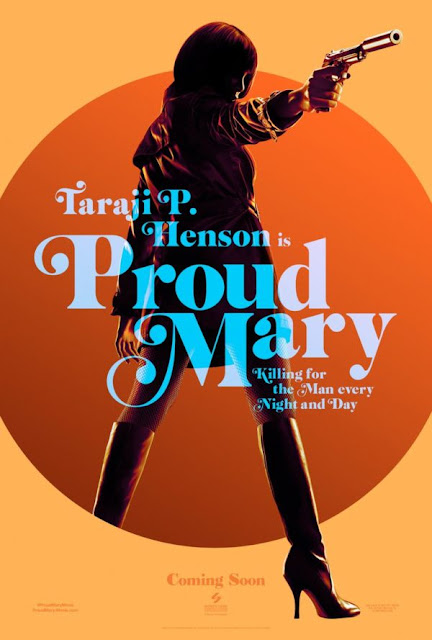 Proud Mary is directed by Babak Najafi (London Has Fallen) and written by John Stewart Newman (Get Shorty) and Christian Swegal (Caroline and Jackie). The film follows Mary Goodwin (Henson) who, working as an assassin for an organized crime family in Boston, is completely turned around when she meets a young boy whose path she crosses when a professional hit goes bad. It also stars Danny Glover (Lethal Weapon), Neal McDonough (Arrow), Margaret Avery (The Color Purple), Billy Brown (How to Get Away With Murder), and Xander Berkeley (The Walking Dead).

Set to Tina Turner's "Proud Mary" appropriately enough, the trailer begins with her preparing for a war as she suits up and chooses her weapons of choice from a deep arsenal in her closet. What follows is a montage of explosions, fire power, and overall ass-kicking from Henson. Stylish and visceral, 'Proud Mary' looks like an exciting action vehicle for the popular and talented Henson. She's played an assassin before in Joe Carnahan's 2006 star-studded Smokin' Aces.
Crime dramas featuring assassins is a genre unto itself and this year we've seen John Wick Chapter 2 and will see Charlize Theron in Atomic Blonde. We rarely see black women as the titular character which makes this entry a refreshing step forward. Having the likable and skilled Henson only makes this film even more appealing. We may finally have the woman empowerment action film that truly embraces intersectionality.
Proud Mary hits theaters in theaters January 12.
﻿