The 2017 Long Beach Comic Con took over the convention center last weekend and proved once again to be the perfect antidote to bigger more chaotic and congested cons. 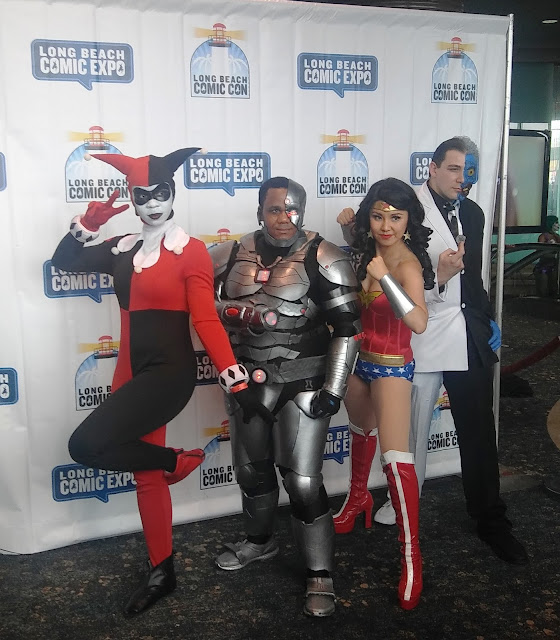 Excited fans lined up and endured the hot weather to get into the annual event that featured this year appearances by William Shatner (Star Trek), Sherilyn Fenn (Twin Peaks), and a line-up of comic book artists, cosplayers, publishers, vendors, and exhibits.

Once inside the busy lobby, fans in and out of costume made their way to either the main hall downstairs or the many panels happening upstairs. LBCC is one of the most easily accessible cons because of its size. Fans don't have to walk from end one of the convention center to the other to get to panels or other exhibits, it's all on the same wing. 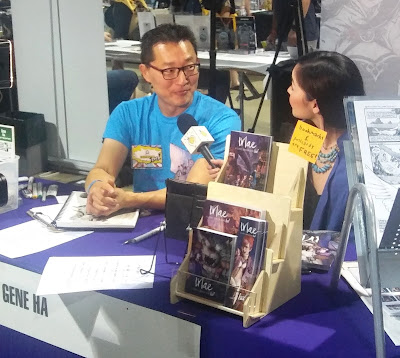 The main hall was dimly lit and resembled a basement but it was at least air conditioned and cool on a hot Saturday afternoon. It was a nice respite from scorching temperatures outside. The aisles were wide for plenty of foot traffic and there was a generous amount of it but lighter than the year before. Vendors from toys to comics to t-shirts lined the aisles as they commonly do at every con. LBCC historically has only a few publishers, all indies, that attend the con. Top Cow, Aspen, Stranger Comics are consistent supporters of the event and they saw brisk business but lower than expected.

On the downside, I had no cell service in the hall and there was no wi-fi available for free or for a fee. Others I talked to had cell service on their carriers so it may have just been certain carriers affected. There was sufficient lighting but because of the open and dark colored ceiling, the atmosphere seemed dingy and drab. The hall was roomy though encapsulating all the tables and areas for gaming, kids' obstacle course, and other exhibits. 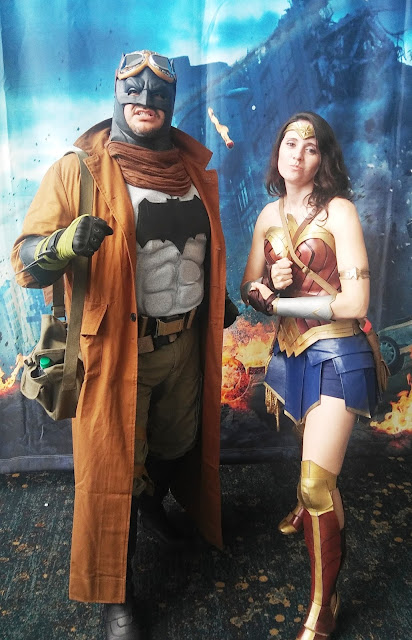 The Cosplay Corner featured several popular professional cosplayers but could have benefitted from a few more diverse ones.  A lot of fans came out dressed in their own iterations of their favorite comic book, cartoon, anime, sci-fi, and horror characters. Many milled about in the lobby taking photos with attendees and right outside the venue where vehicles from movies like Jurassic Park and Back to the Future were lined up. Again, while there were a lot of cosplayers it seemed less than last year.

This year the con featured a Space Expo exhibit in conjunction with the City of Downey's Columbia Memorial Space Center. There were hands-on experiments and a virtual reality station a stream of attendees took advantage of. It was a popular attraction throughout the day on Saturday. 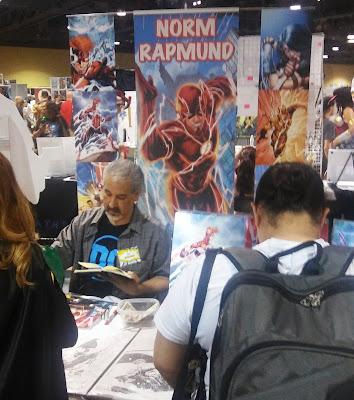 Overall, the Long Beach Comic Con was a success as far as its layout and attractions are concerned. I'd suggest returning to a brighter street level hall for a more inviting atmosphere where a clear cell signal can be found. As far as cons go, LBCC is still one of the Southland's easiest to attend with something for everyone. Most of all, it still values comic books as a viable attraction honoring the "comic" in Comic Con. Even though this year's LBCC probably doesn't surpass the con from the year before, it's still a fun worthwhile event that shouldn't be missed. 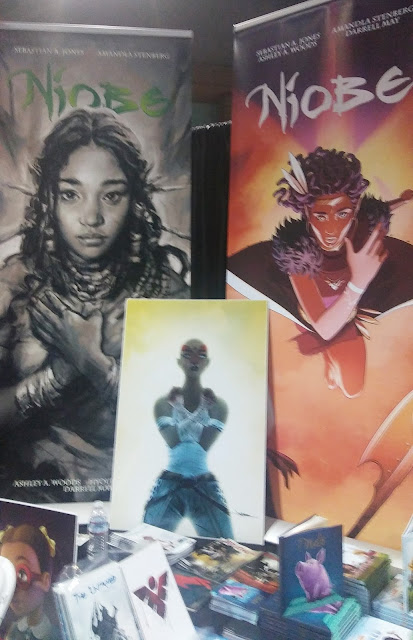 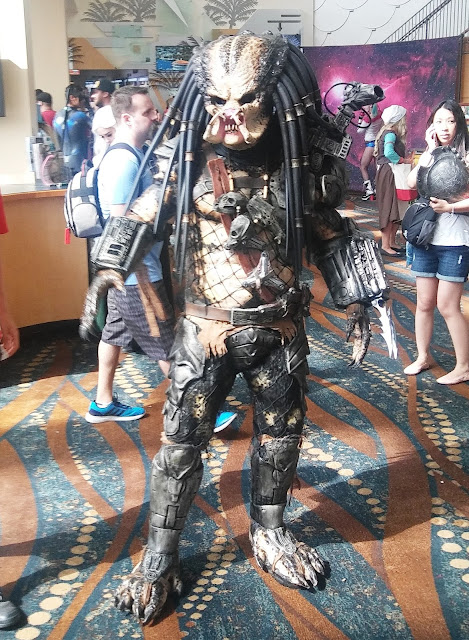 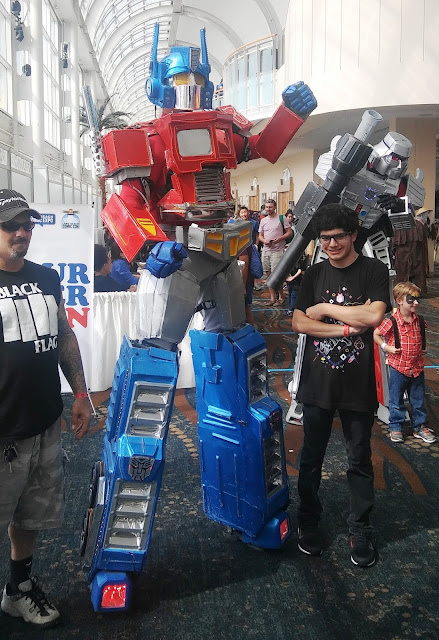 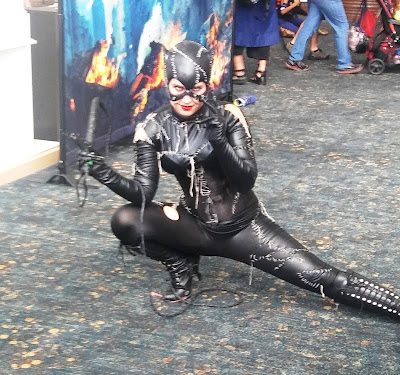 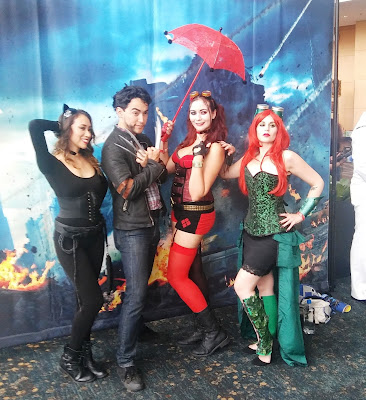 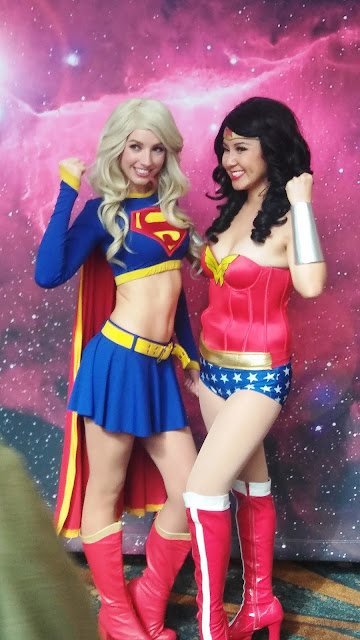 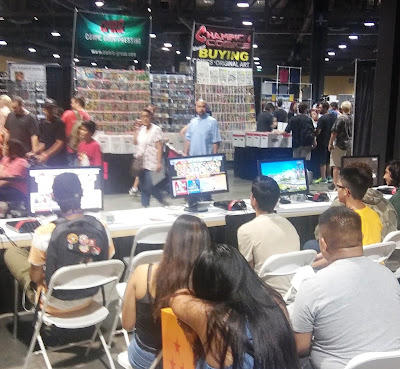 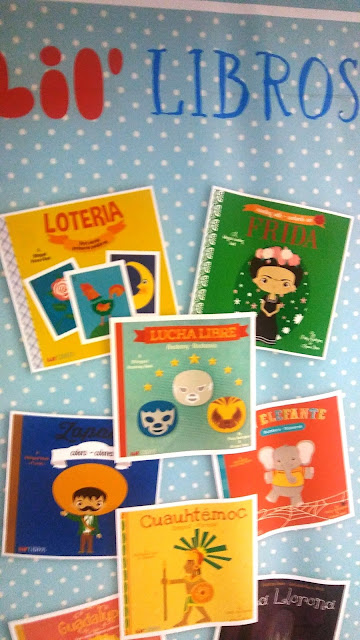 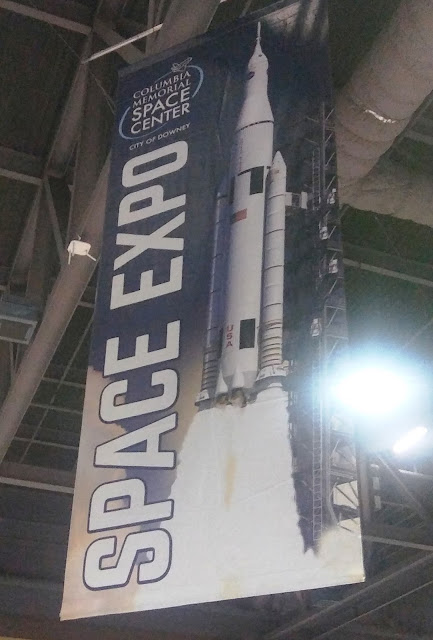 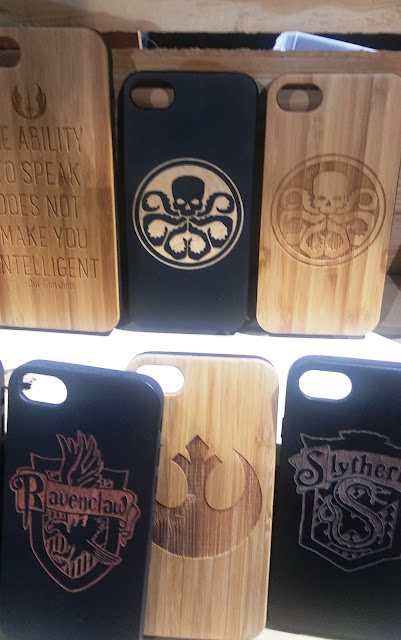 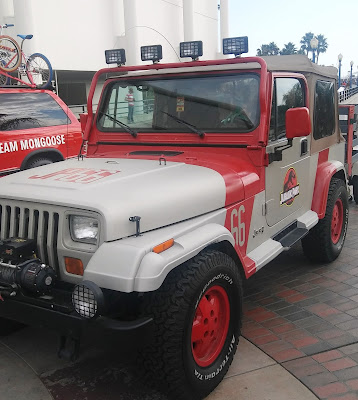 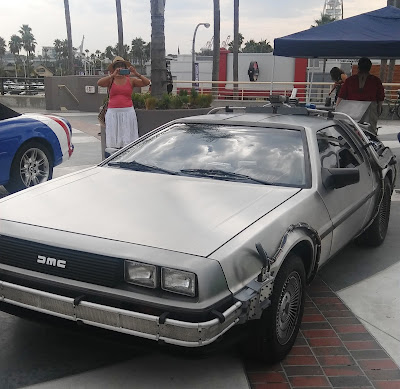