“MASSACRE” has claimed a life from the Renegades’ own ranks… and their new mission starts now: to rally as many psiots to their cause as possible. Now, this damaged team of telekinetic teenagers are off the grid and on the move, traveling America to recruit soldiers for the inevitable war they all see coming. But they are being watched… 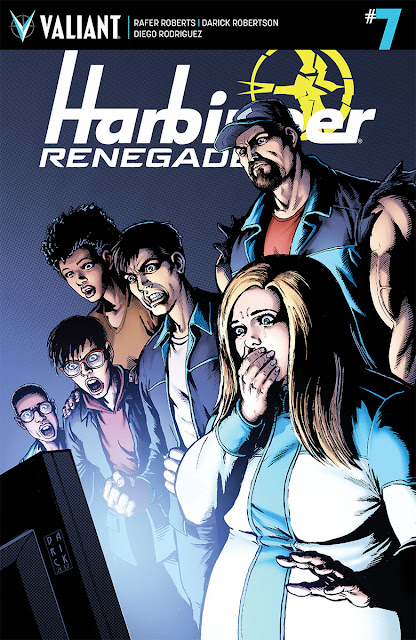 “MASSACRE” seeks its next victim as multiple Harvey Award-nominated writer Rafer Roberts (Plastic Farm) and superstar artist Darick Robertson (The Boys, Transmetropolitan) escalate THE ROAD TO HARBINGER WARS 2 to the point of no return…and lead the Renegades toward their most seismic confrontation yet! 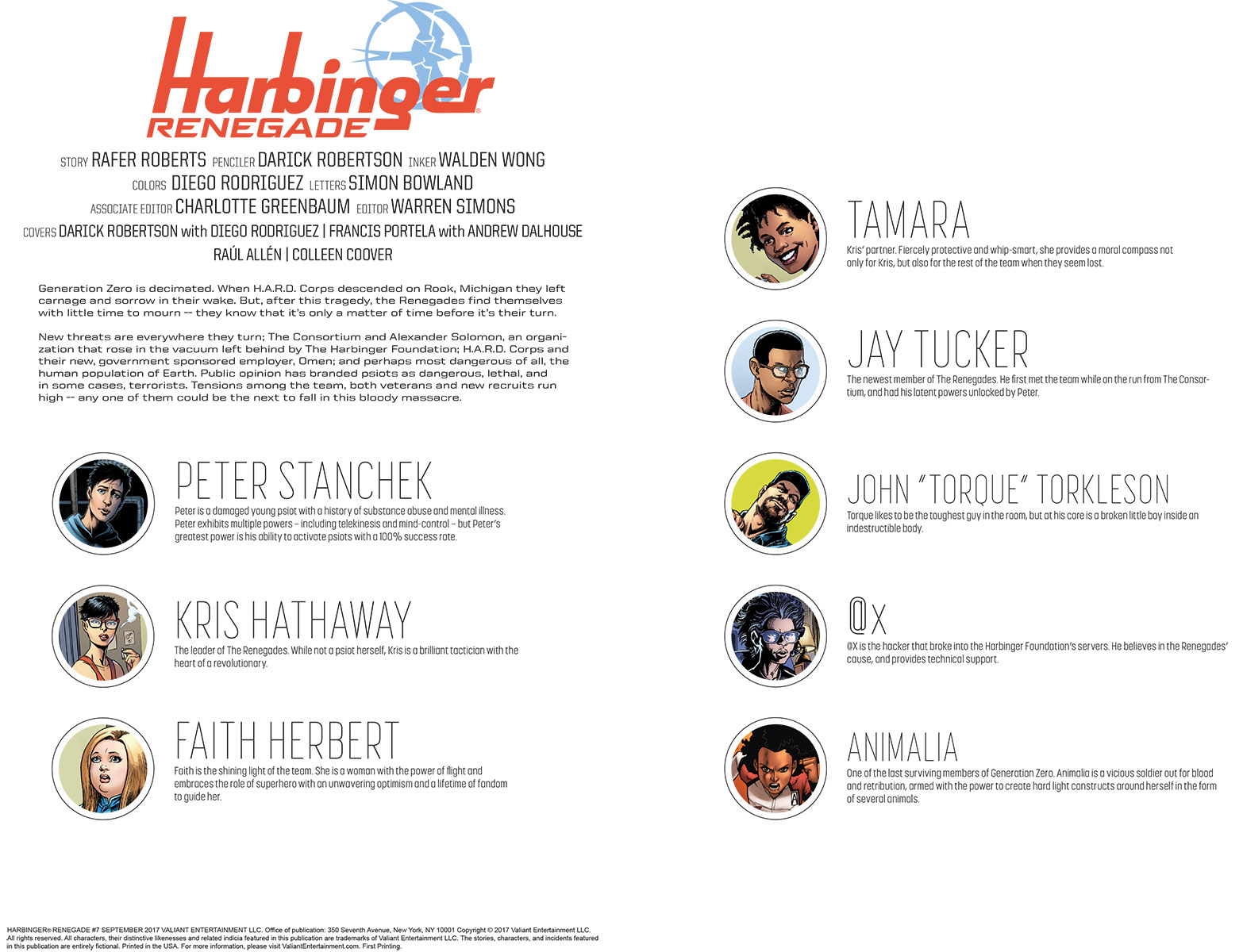 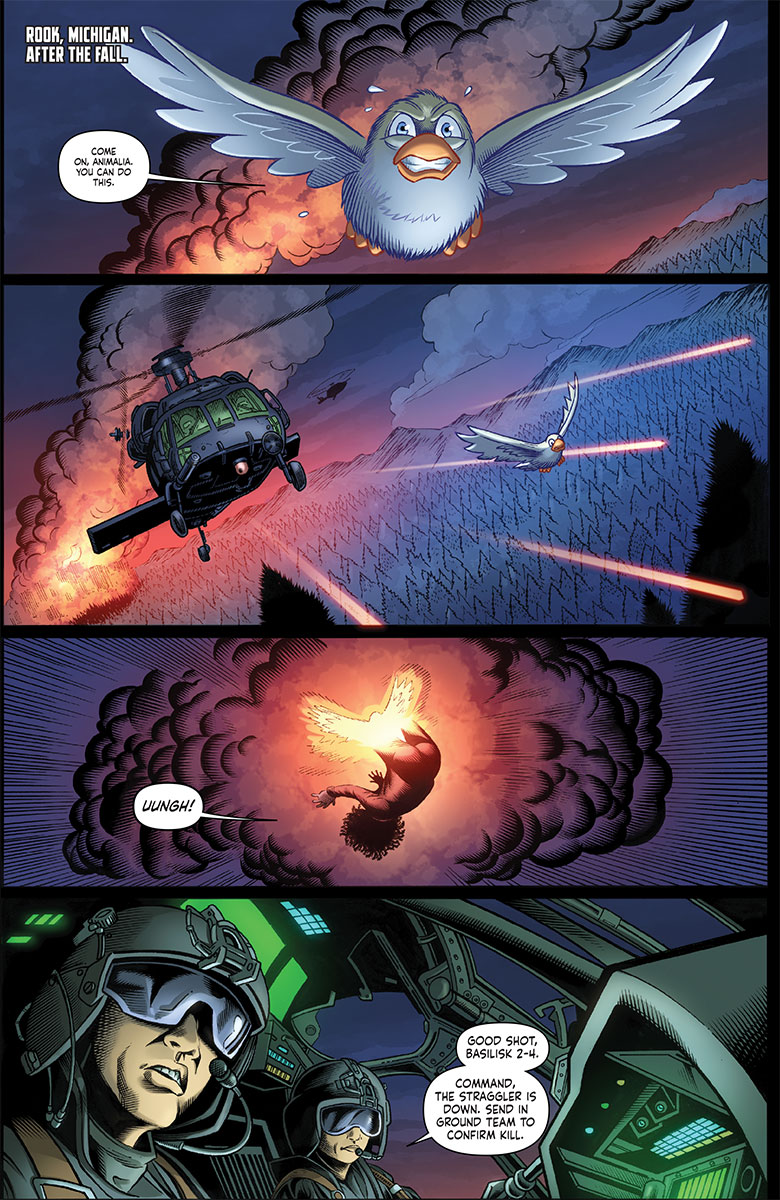 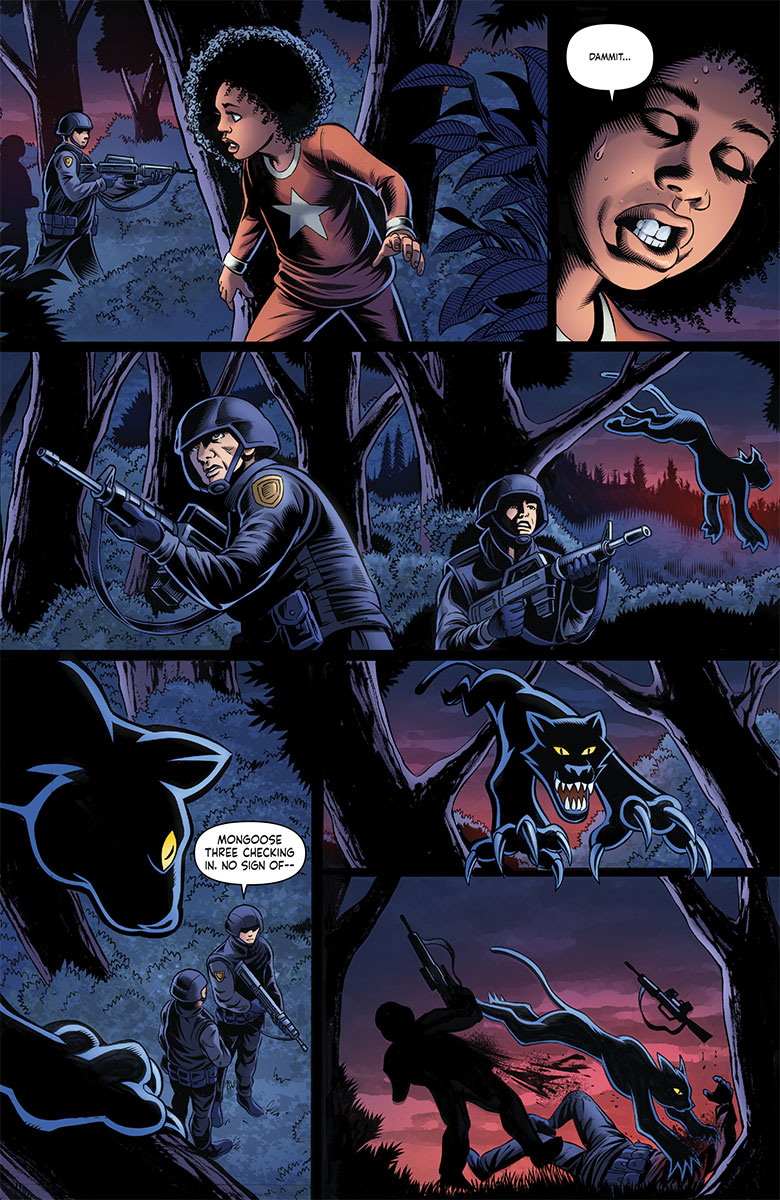 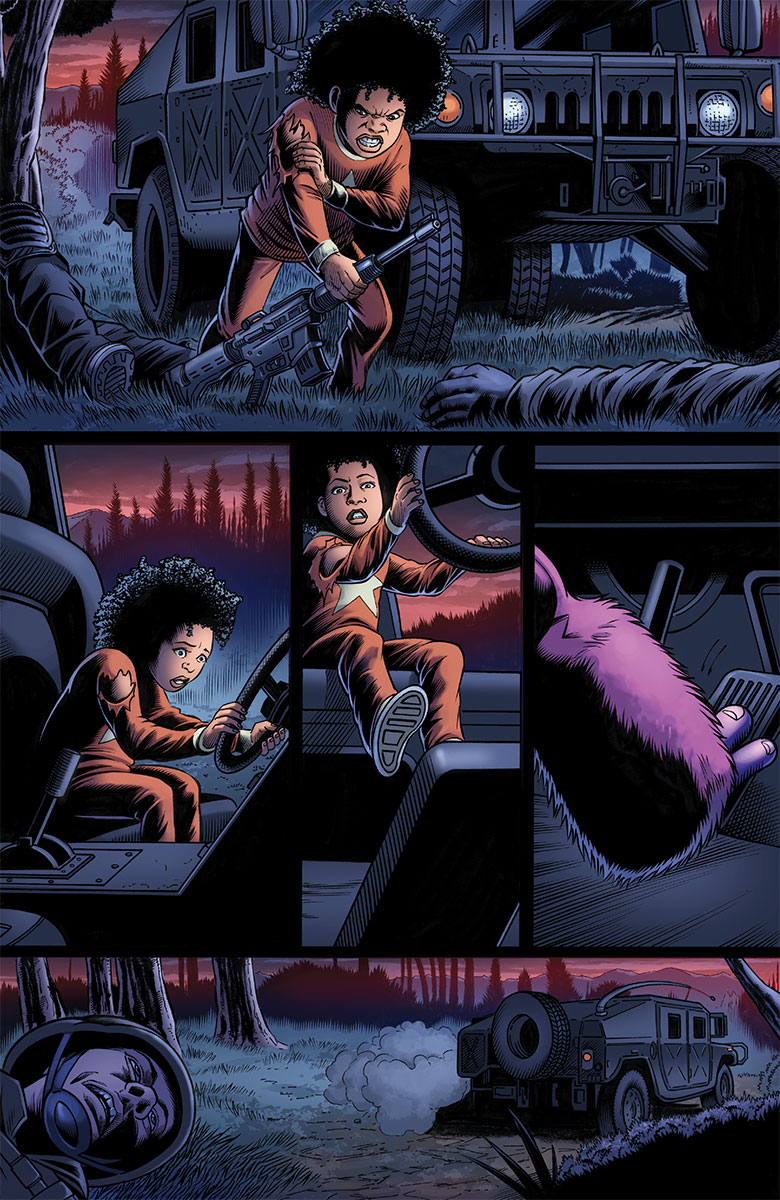 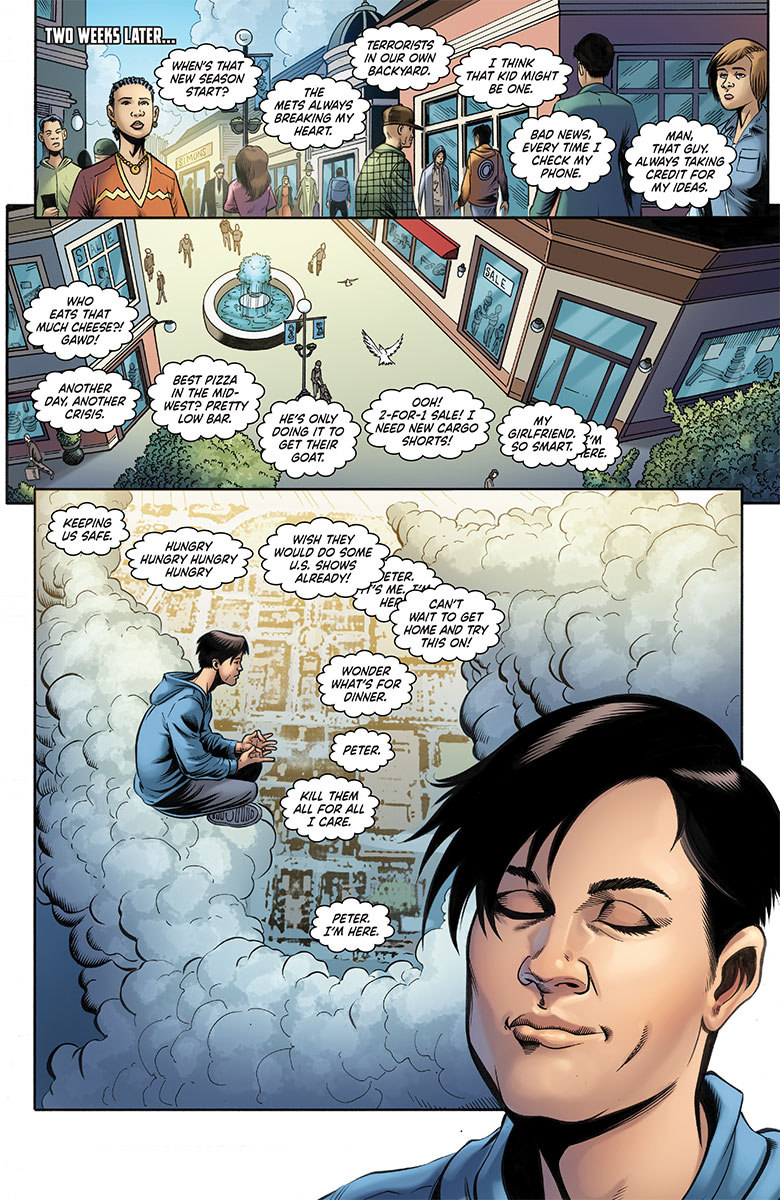 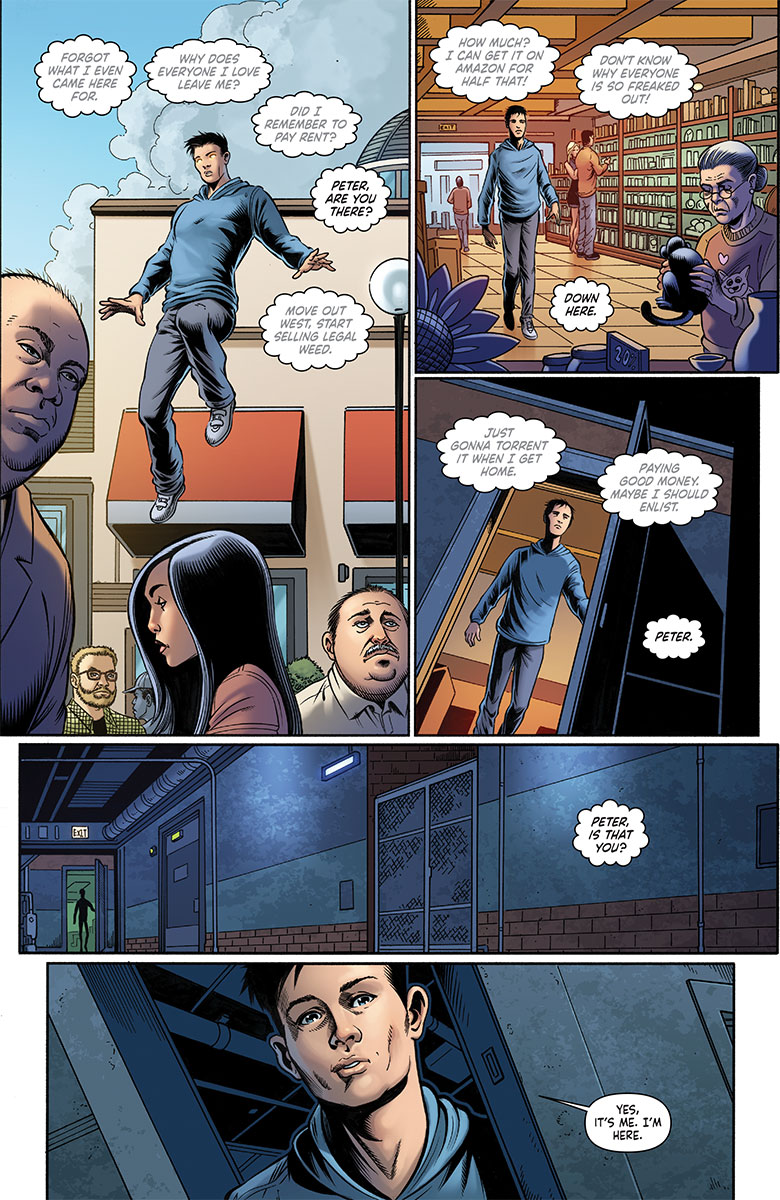 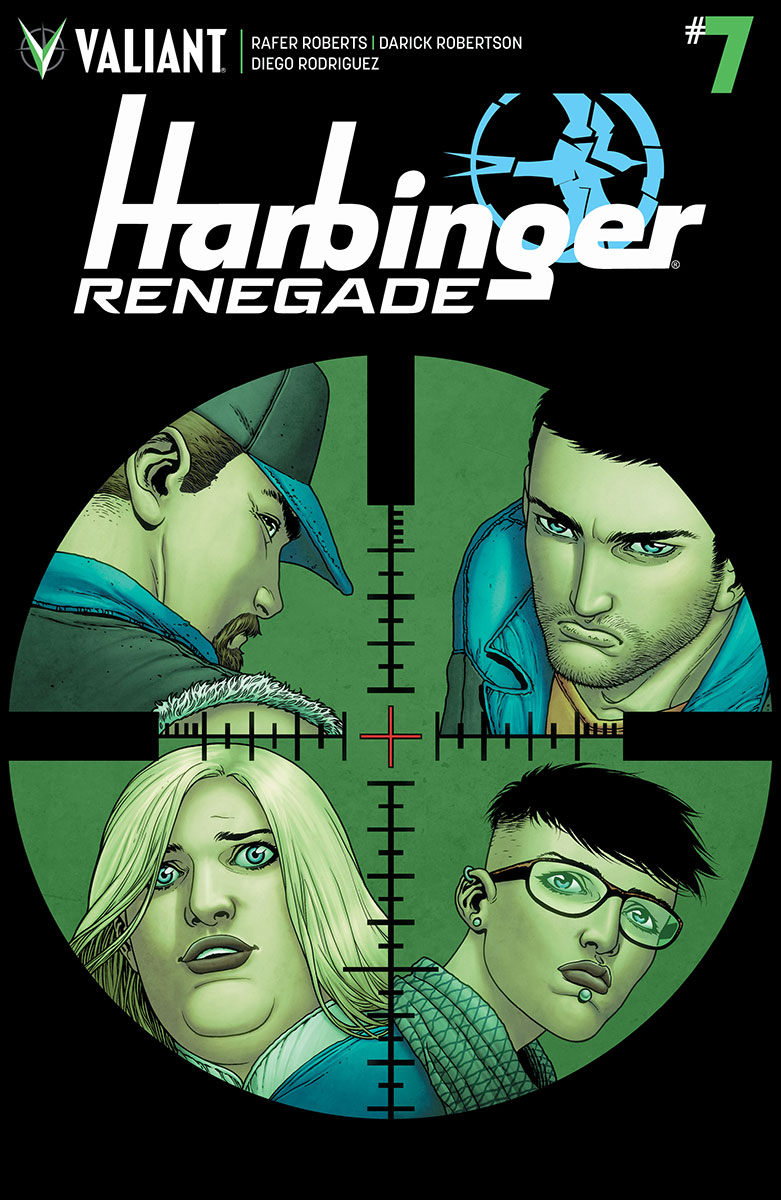 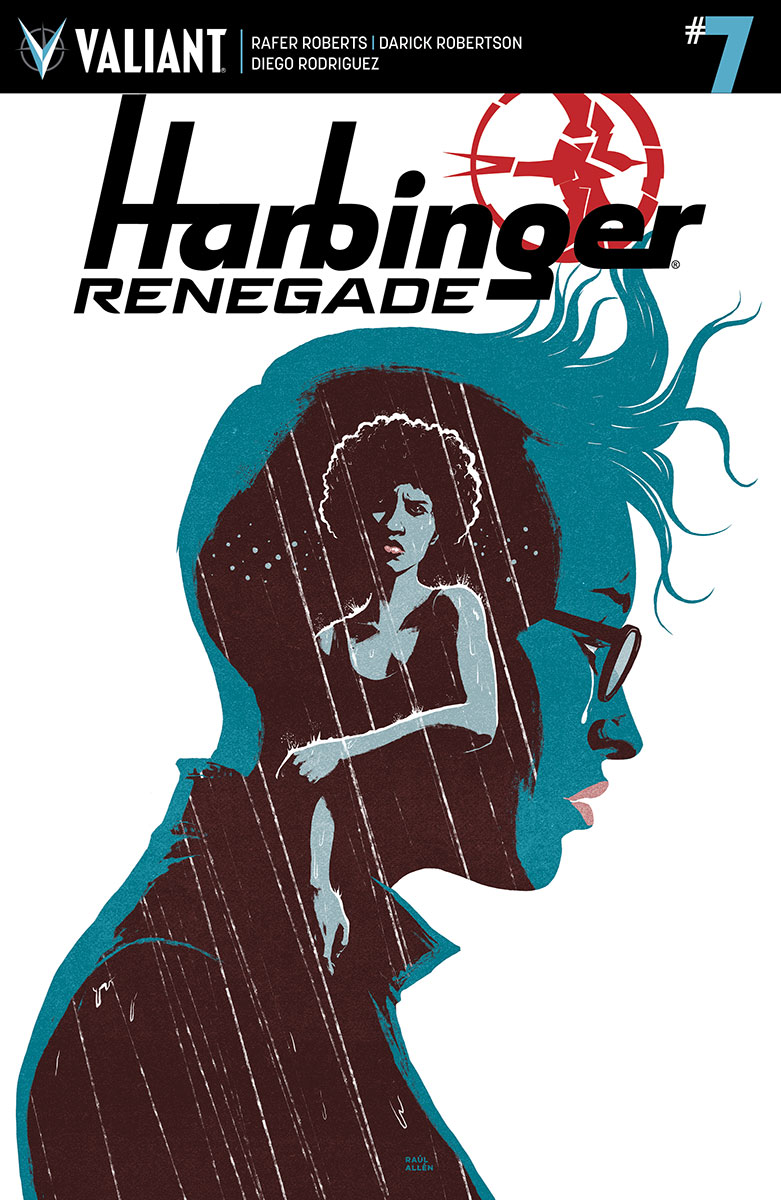 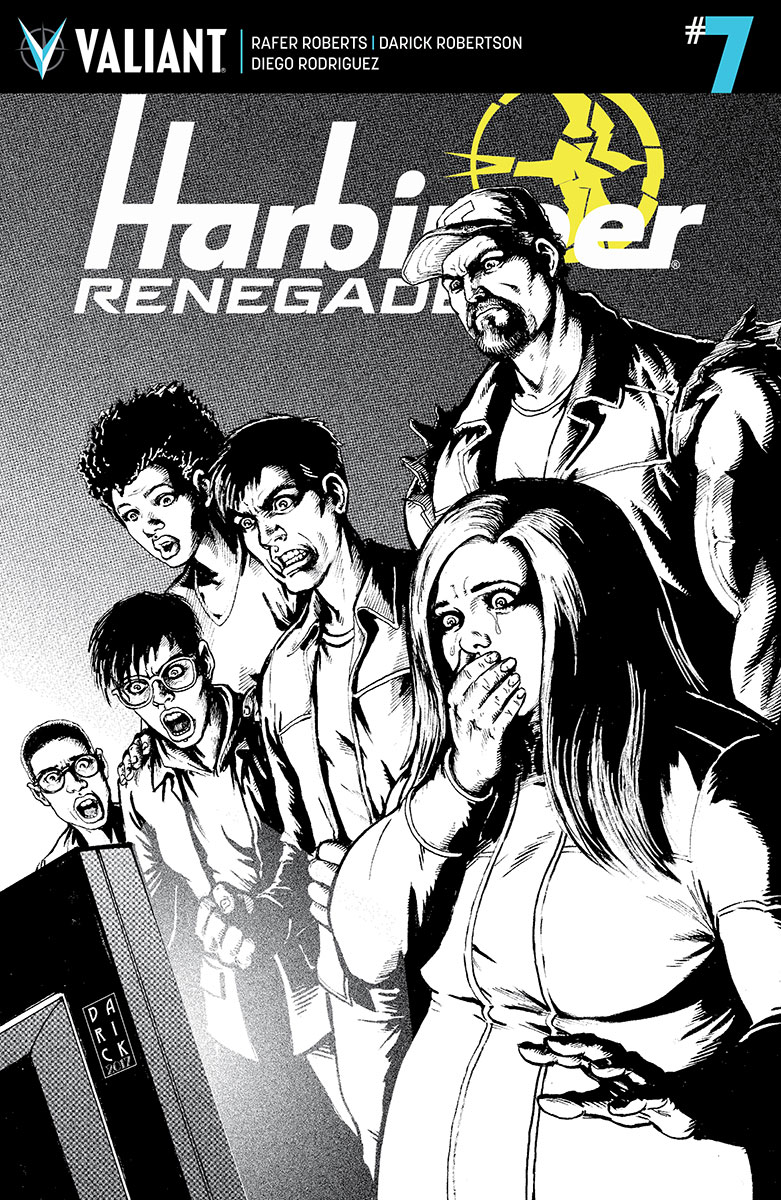 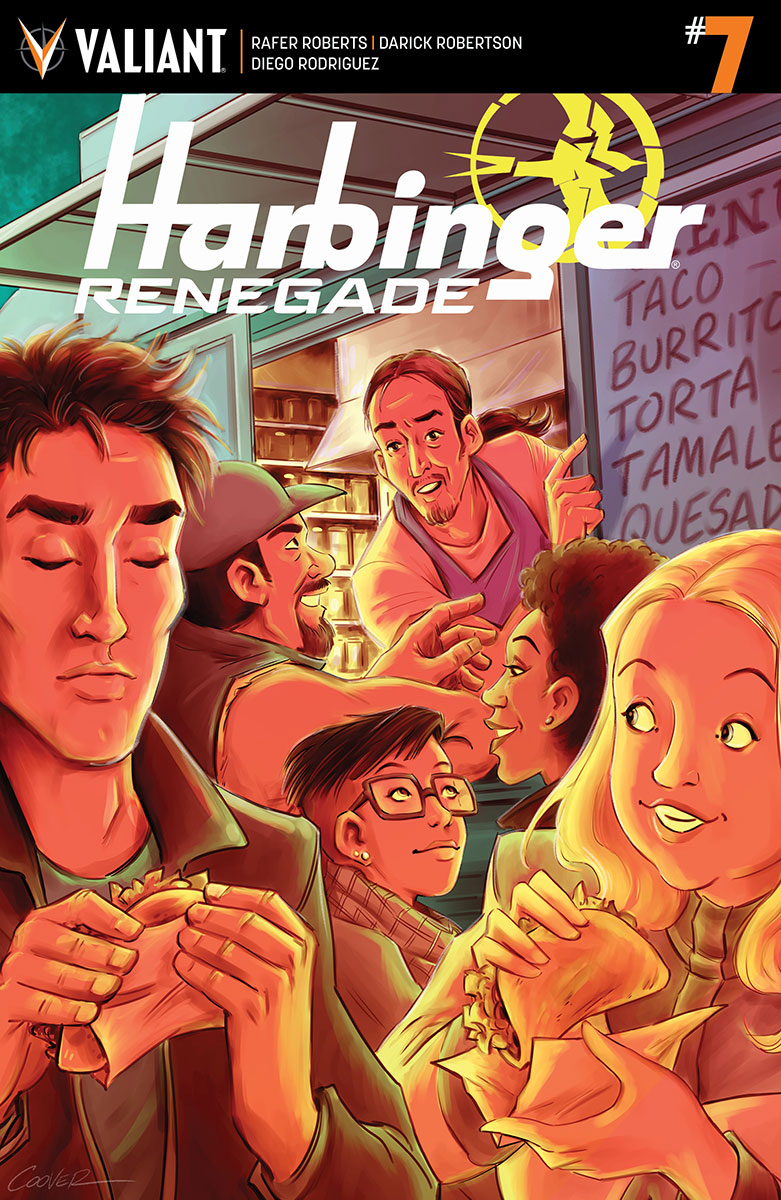