Check out what's coming this January from AfterShock Comics. Make sure to preorder your favorites from your local comic shop and get them on your pull list so you don't miss an issue. 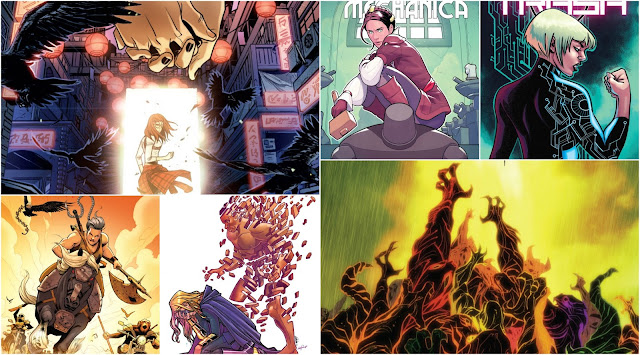 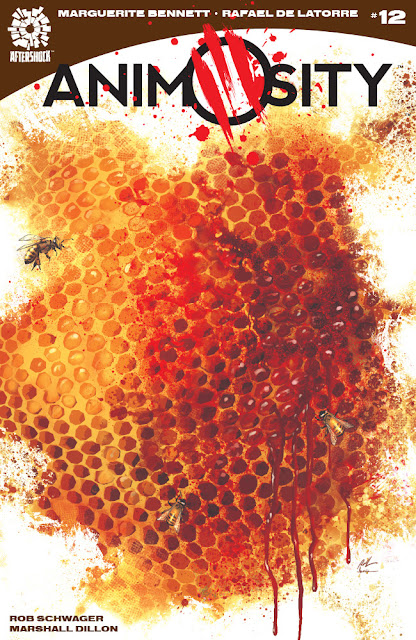 The twisting timelines converge as Jesse races to stop a war and Sandor dives into the darkness for the family that he loves.

“Animosity looks to be Aftershock’s first true classic, the book that’ll put them on the map.” – Tara Giovannini of IGN.com 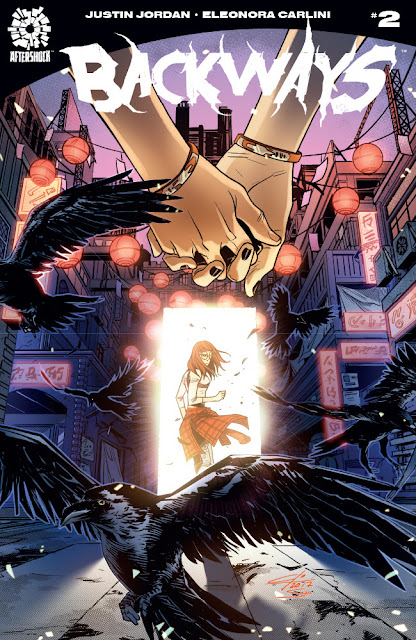 There's a world of magic and madness just behind our own...

Coyote Bones leads Anna deep into the Backways in her search for Sylvia. Unfortunately, Coyote neglected to mention her varied and numerous enemies, or the forces moving to stop Anna in her quest!

From Justin Jordan (STRAYER, Green Lantern: New Guardians) and Eleonora Carlini (Batgirl, Doctor Who) comes the BRAND NEW series of magic, mystery and mayhem that is sure to appeal to fans of Harry Potter & The Chronicles of Narnia! 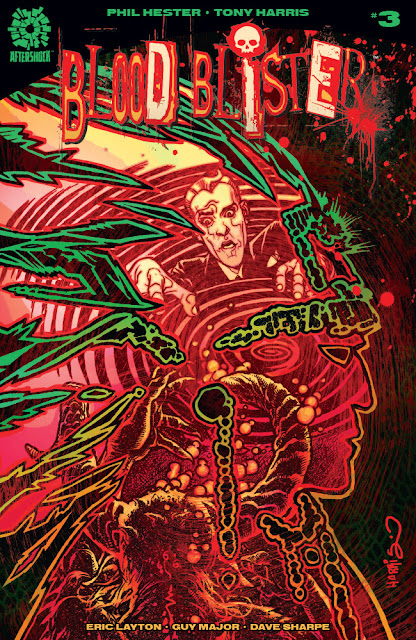 You don't have to die to go to hell.

There’s no rest for the wicked in this new horror classic by Phil Hester. Brand Hull’s soul belongs to a devil of his own making, but his horror only intensifies when he learns the evil afflicting him can also infect the world around him. Meanwhile, a more earthly threat takes aim at Hull’s estranged family...

Opening a jarring window onto a world of horror from the Eisner Award-nominated writer of The Coffin, Firebreather and Deathstroke, and the Eisner Award-winning artist of Ex Machina and Starman. 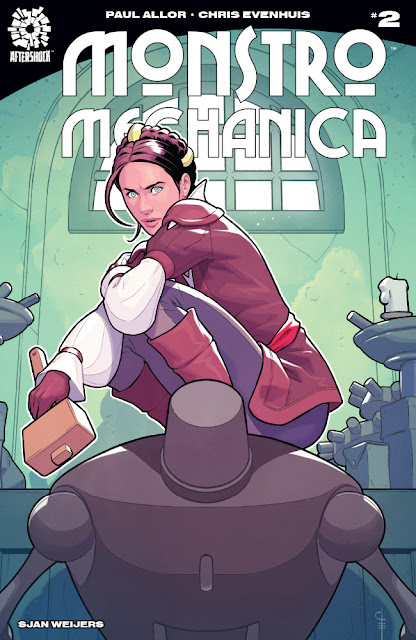 A girl and her robot set out to save Leonardo da Vinci from the world... or the world from Da Vinci!

In a city under siege, Leonardo da Vinci sends Isabel and the machine on a dangerous mission. But in the thick of battle, the machine starts to exhibit strange behavior, leaving Isabel to wonder if it’s gaining consciousness at the worst possible moment. 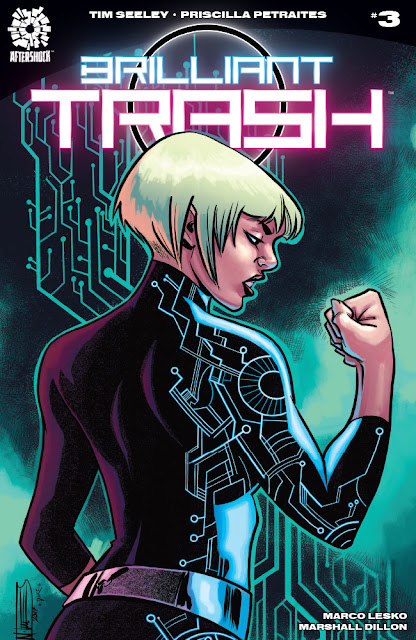 Kennedy and superman-for-hire Jim Heller are pursued by FDA agents and salaried cyborgs, in the underground world of black market medical technology! Another pulse-pounding adventure of anarchy and attitude!

A sci-fi superhuman epic from Tim Seeley, the writer of Revival and Grayson, and breakout art sensation Priscilla Petraites! 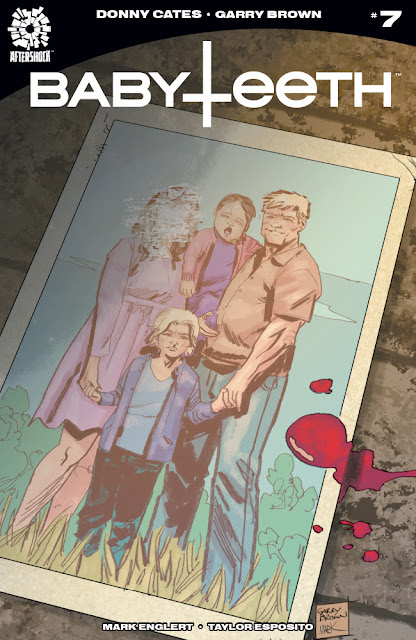 Having a baby when you're sixteen can be tough. For Sadie...it'll be HELL!

First, there was Clark—a cute baby, for sure...but probably the Antichrist. Then came assassins, and dead exes, and creepy Illuminati groups, and warlocks and super aggressive laser tag. But now, Sadie must face her most terrifying challenge yet: FLYING WITH AN INFANT! (dramatic music cue)

From Donny Cates, the writer of Buzzkill, Paybacks, Redneck and the breakout hit God Country, comes a pulse-pounding new series with art from THE REVISIONIST’s Garry Brown! 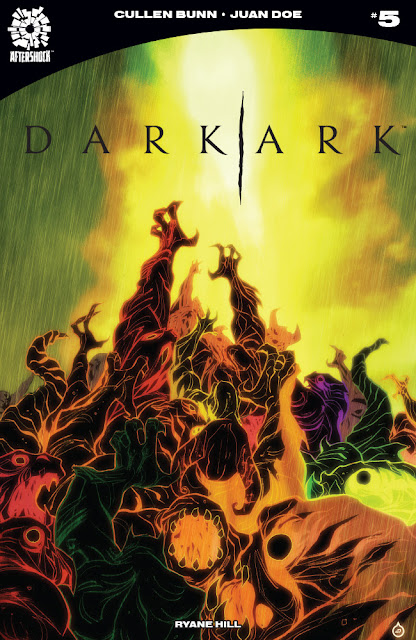 Noah's Ark was but the first.

In a bid to take control of Shrae's ark, the vampires have staged a vicious attack on man and monster alike. Now, in the aftermath of the attack, Shrae and his family must decide how to carry on. But the attempted coup has drawn the attention of more powerful forces...forces of darkness...and forces of light!

“In the hands of Bunn and Doe, AfterShock may once again be riding the tide of success.“ – Johnny "The Machine" Hughes of comiccrusaders.com 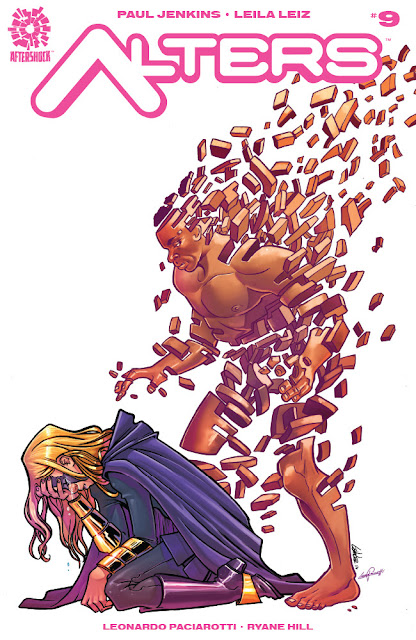 Met with fear and prejudice, this new team can manifest spontaneous powers. And they will alter the world as you know it.

Reeling from the fallout of Morph's decision, Chalice must first tend to her duty as a hero: to help their newest member protect her two little boys. But this means an encounter with the vicious killer Patient Nein, and his sinister sidekick, the disfigured girl known only as Cottonmouth.

From the writer of Wolverine: Origin, Sentry and Hellblazer, Paul Jenkins, with artwork by 2007 Russ Manning Award finalist Leila Leiz!

“The visuals are beautiful and deserve attention, while the story looks to be addressing something avoided in American society. Overall grade: A“ – Patrick Hayes of scifipulse.net 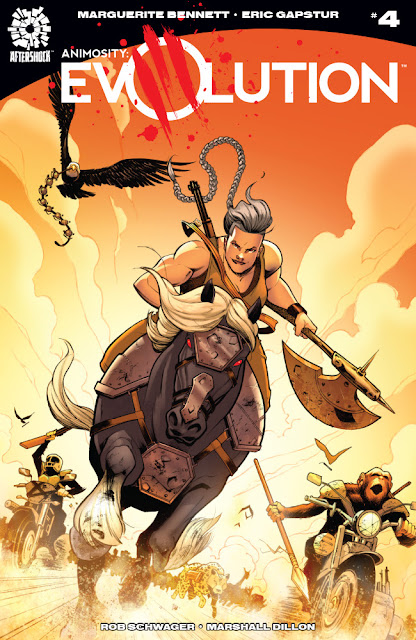 A rising conspiracy worms through the City by the Sea, from the alleys of the rats to the penthouses of the new and powerful cyborg creatures...

From the brilliant mind of creator/writer Marguerite Bennett (INSEXTS, Bombshells and Batwoman) with artwork by Eric Gapstur (SHIPWRECK) — ANIMOSITY: EVOLUTION is an exciting new series set in this terrifying world where animals rule. 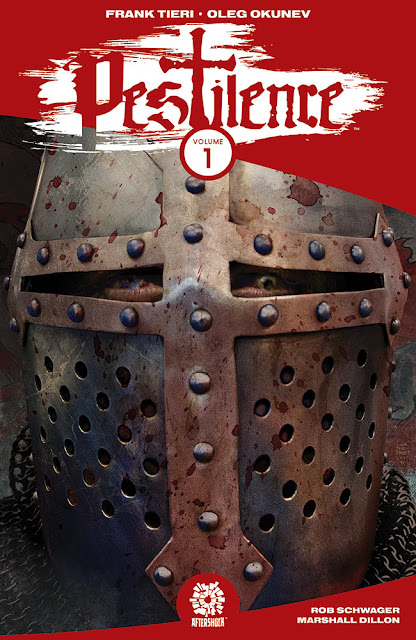 History is a Lie. The zombie apocalypse already happened.

It is the late 14th Century, and a Great Pestilence—the “Black Death”— is sweeping across Europe, killing over 100 million people. BUT, what if history as we know it was a lie? What if, in reality, this was no straightforward plague, but the FIRST non-recorded Zombie Infestation of man? Ex-Crusader Roderick Helms and his fellow “black ops” agents the Church, Fiat Lux, must seek out the cause of this undead outbreak and vanquish it before mankind ceases to exist!

“Pestilence is a different look at a genre that most readers have seen a hundred times before. The story is just original enough, and the art fun enough to keep this book from being lost in a pile of other similar releases.” - Alice W. Castle of all-comic.com
Email Post
Labels: Aftershock Comics comic books January preview solicitations