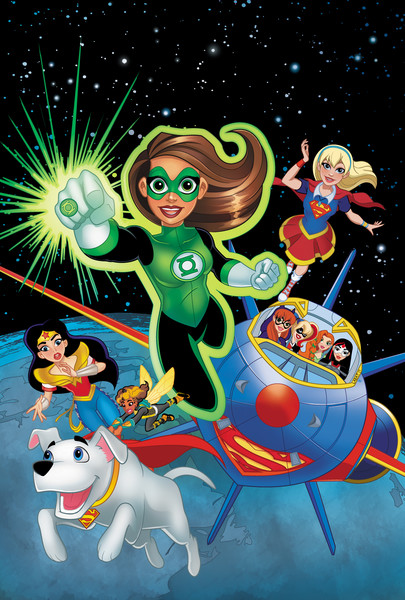 Cruz heads to Oa with some of her best friends to introduce herself to the Green Lantern Corps. The 12-chapter series begins Monday, November 20. She's the newest student at Super Hero High and the newest Green Lantern of the earth with a lot still to learn. She joins teenage versions of Wonder Woman, Supergirl, Batgirl, Bumblebee, Harley Quinn, and others for accessible kid-friendly adventures. More importantly, Cruz adds to the diversity of the line with a Latina superhero.

Fans of the DC SUPER HERO GIRLS series can hear all about the new tale by joining a special Facebook Live broadcast on the DC Kids page on Monday, November 13 at 3p.m. PST. Begin submitting questions now about the story and characters, including our favorite pup, Krypto the Super-Dog, by commenting on the DC Kids Facebook post, or by using #AskDCSuperHeroGirls via Twitter.