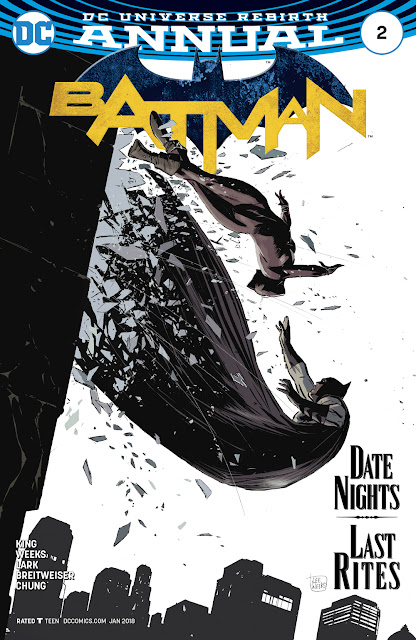 (W) Tom King (A) Michael Lark (A/CA) Lee Weeks
Travel back in time with us to see the early days of the Bat and the Cat. What was Bruce and Selina's first date? How did this rivalry blossom into romance, and then go right back to being a rivalry again? Tom King reteams with his BATMAN/ELMER FUDD collaborator Lee Weeks to show us a little young love with capes and cowls. And a little crimefighting, too. 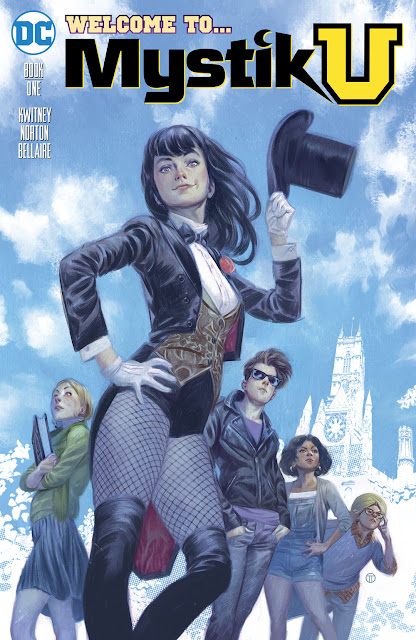 (W) Alisa Kwitney (A) Mike Norton (CA) Julian Totino Tedesco
Leave the world of the mundane behind and step through the magical doors of Mystik U! After a tragic accident, a young Zatanna Zatara, under the guidance of Rose Psychic, enrolls in a mysterious university that teaches its students how to master their unique brands of magic. Will Zatanna fit in with her new classmates (Enchantress, Sargon the Sorcerer, Faust and more!) and unlock her true potential? Find out in this exciting bimonthly miniseries from novelist Alisa Kwitney (DESTINY) and Mike Norton (Revival, Runaways)! 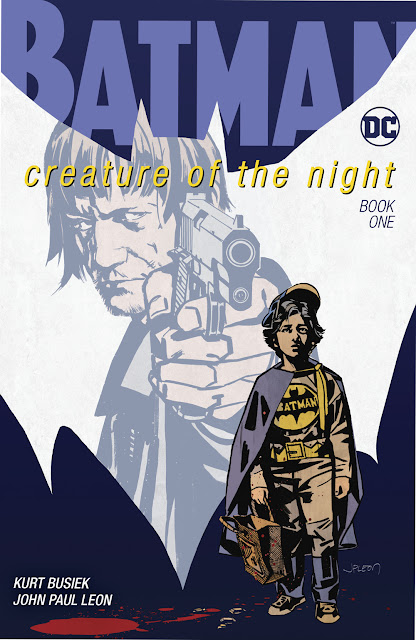 (W) Kurt Busiek (A/CA) John Paul Leon
Young Bruce Wainwright lost his parents in a violent crime...and in the real world, no superheroes exist to save the day. But as grief and rage builds inside Bruce until he feels he can't keep it inside anymore, something strange starts taking wing in the Gotham night! Perhaps Bruce's grief isn't inside him after all? Modern masters Kurt Busiek and John Paul Leon unite for the spiritual companion to the beloved SUPERMAN: SECRET IDENTITY, putting a new spin you've never seen before on the legend of Batman-and the dark emotions that drive him! 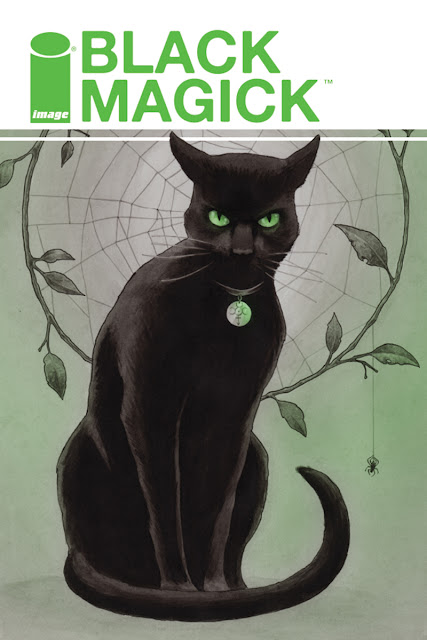 (W) Greg Rucka (A/CA) Nicola Scott
"AWAKENINGS II," Part Three
The Hammer is in Portsmouth. Alex learns the name of one enemy and the face of another. And Rowan's troubles only grow as both Samhain and the baby come due. 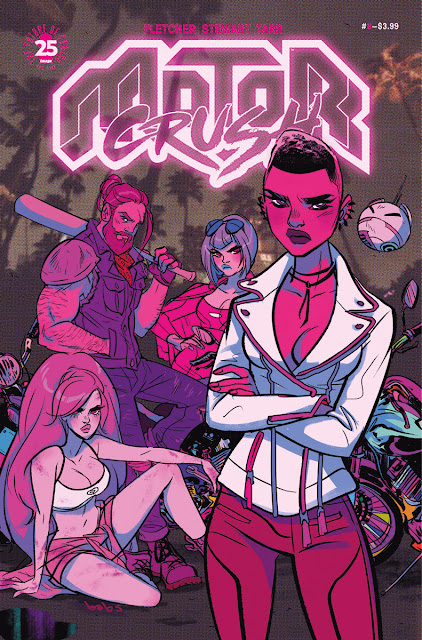 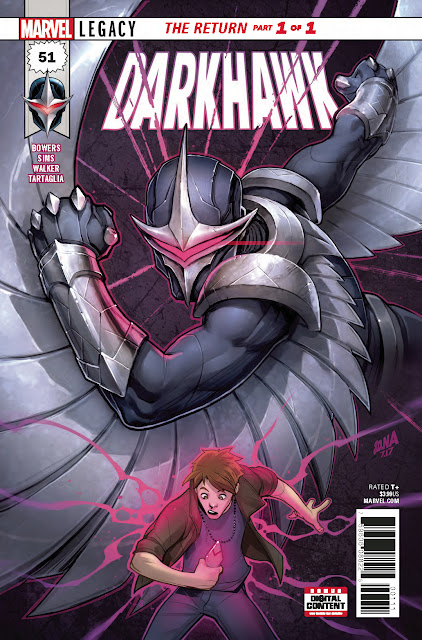 (W) Chad Bowers, Chris Sims (A) Kev Walker (CA) David Nakayama
The RETURN Part 1 (OF 1)
Years ago, Chris Powell discovered a mysterious amulet that allowed him to transform into the spacefaring gladiator known as DARKHAWK. With his newfound edge against crime, he stood against some of the most extreme threats the Marvel Universe has to offer! Now, when two members of the Fraternity of Raptors descend on New York with designs on stealing the amulet and returning it to the stars, it's not Darkhawk who has to rise to the challenge...it's Chris Powell!
Rated T+ 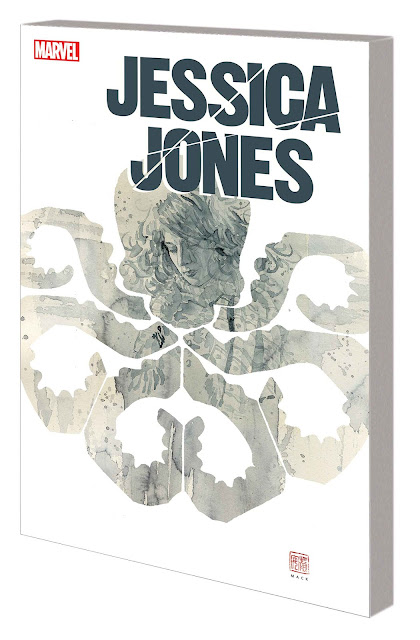 (W) Brian Michael Bendis (A) Michael Gaydos (CA) David Mack
Jessica Jones is back where she belongs: taking on cases as Alias Investigations! But as she digs even deeper into the mysteries of the Marvel Universe, Jessica uncovers a startling truth. Is this case too hot for even her? Will it shatter everything she's built for herself? Can she put the pieces of her shattered life back together - or is it already too late? With the situation spinning out of control, Jessica struggles to get to the bottom of what she's uncovered - but some dangerous people would prefer it to remain buried! Speaking of dangerous, Maria Hill has been ousted by S.H.I.E.L.D. - and is left with no choice but to turn to Jessica! But will Hill's secrets open a door that can never be closed? How will they affect the MU - and Jessica's fellow Defenders? Collecting JESSICA JONES #7-12.
Parental Advisory 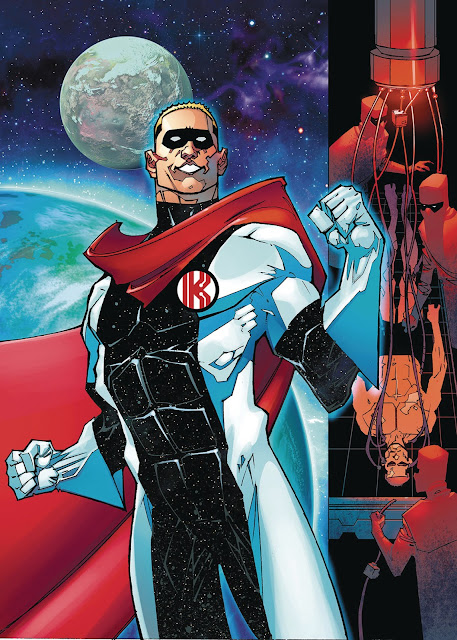 (W) Joe Casey (A/CA) Jefte Palo
Major Alistair Meath of Britain's Royal Air Force sacrificed his life to save Earth from an approaching asteroid on the night of "The Event". Seven months later, Meath has resurfaced as the colorful, kinetic energy-powered superhero KINO, but something is very wrong with the world. Britain's MI6 is on the hunt for Meath, and the terrible secret behind his return is revealed in this mindbending thriller within the Catalyst Prime Universe. 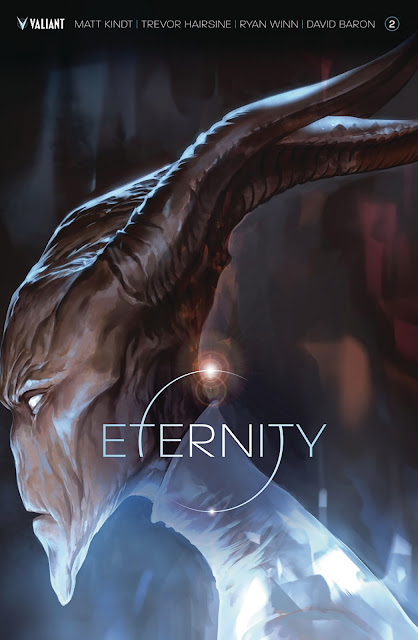 (W) Matt Kindt (A) Trevor Hairsine (CA) Jelena Kevic Djurdjevic
Divine intervention!
Beyond the barriers of our reality... Outside the boundaries of human understanding... A universe of immensely powerful beings and advanced civilizations has evolved parallel to our own... But what links this strange plane of existence to ours, and what do its majestic inhabitants want with the child of Abram Adams - the denizen of Earth now called Divinity? To find out, Abram and his comrade, Myshka, must enter Eternity's infinite realm...and encounter the Unknown itself!
New York Times best-selling writer Matt Kindt (X-O MANOWAR) and blockbuster artist Trevor Hairsine (DIVINITY) push the year's most visionary series light years ahead...and open up a new frontier in Valiant's acclaimed sci-fi meta-epic! 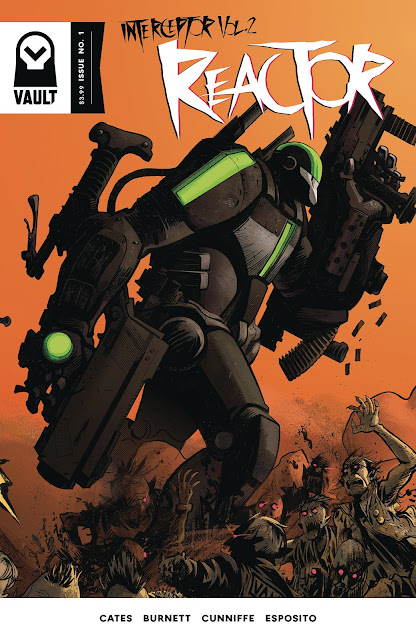 (W) Donny Cates (A/CA) Dylan Burnett
There's Weep, your average machine-gun-wielding teenager raised on an Earth overrun with vampires. There's Poli, who landed on Earth with the mission to kill every damn vampire there. And then there's King Luc's heavily fortified blood farm. You do the math. From Donny Cates (God Country, Redneck) and Dylan Burnett (Weavers) comes Reactor, a whole new entry into the world of vampire warfare, overpowered mechsuits, and 10-year-old presidents that Interceptor kicked-off. 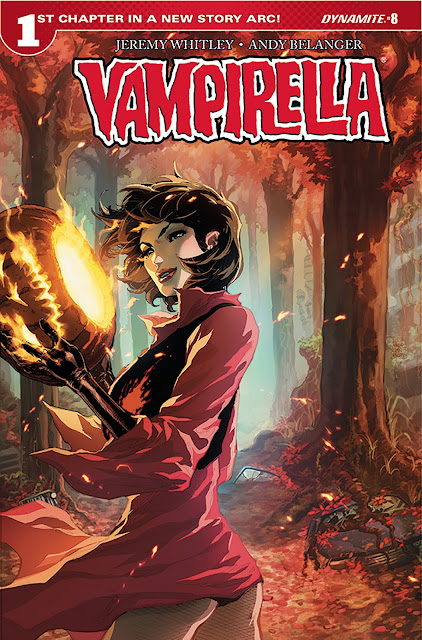 (W) Jeremy Whitley (A) Andy Belanger (CA) Philip Tan
The perfect jumping on point for anyone who has been curious to try Vampirella! Join brand new creative team Jeremy Whitley (The Unstoppable Wasp, Avengers, Princeless) and Andy Belanger (Southern Cross, Swamp Thing, Black Church) as Vampi and Vicki emerge into a ruined wasteland that hates Vampirella for the unintended consequences of saving them.  This Vampirella story has everything: a new adventure, new romance, and the return of a very old evil. 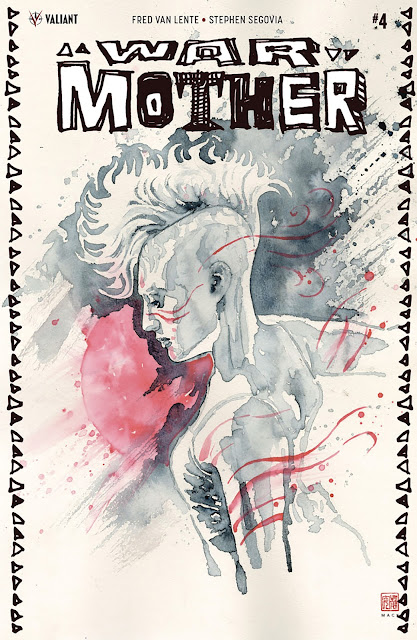 (W) Fred Van Lente (A) Stephen Segovia (CA) David Mack
Atomic assault!
As the monstrosities of 41st century Earth besiege her new homeland, War Mother must lock and load for a no-holds-barred fight to the death against the Cleansed! With the clock ticking toward zero, the fate of Ana's people - and humanity's last best shot at restoring order to a world gone awry - now hangs in the balance...
Out of the pages of BOOK OF DEATH and 4001 A.D., New York Times best-selling writer Fred Van Lente (ARCHER & ARMSTRONG) and explosive artist Stephen Segovia (NINJAK) blast ahead for the thrilling climax of War Mother's first-ever, much-demanded solo series... and herald the coming of a new legend for the Valiant Universe's apocalyptic future!