NEW ONGOING SERIES! When Veronica is bitten by a centuries-old vampire, her thirst for blood threatens to turn Riverdale into a haven for the undead. Will she put an end to the vampire threat or give in to her bloodlust? 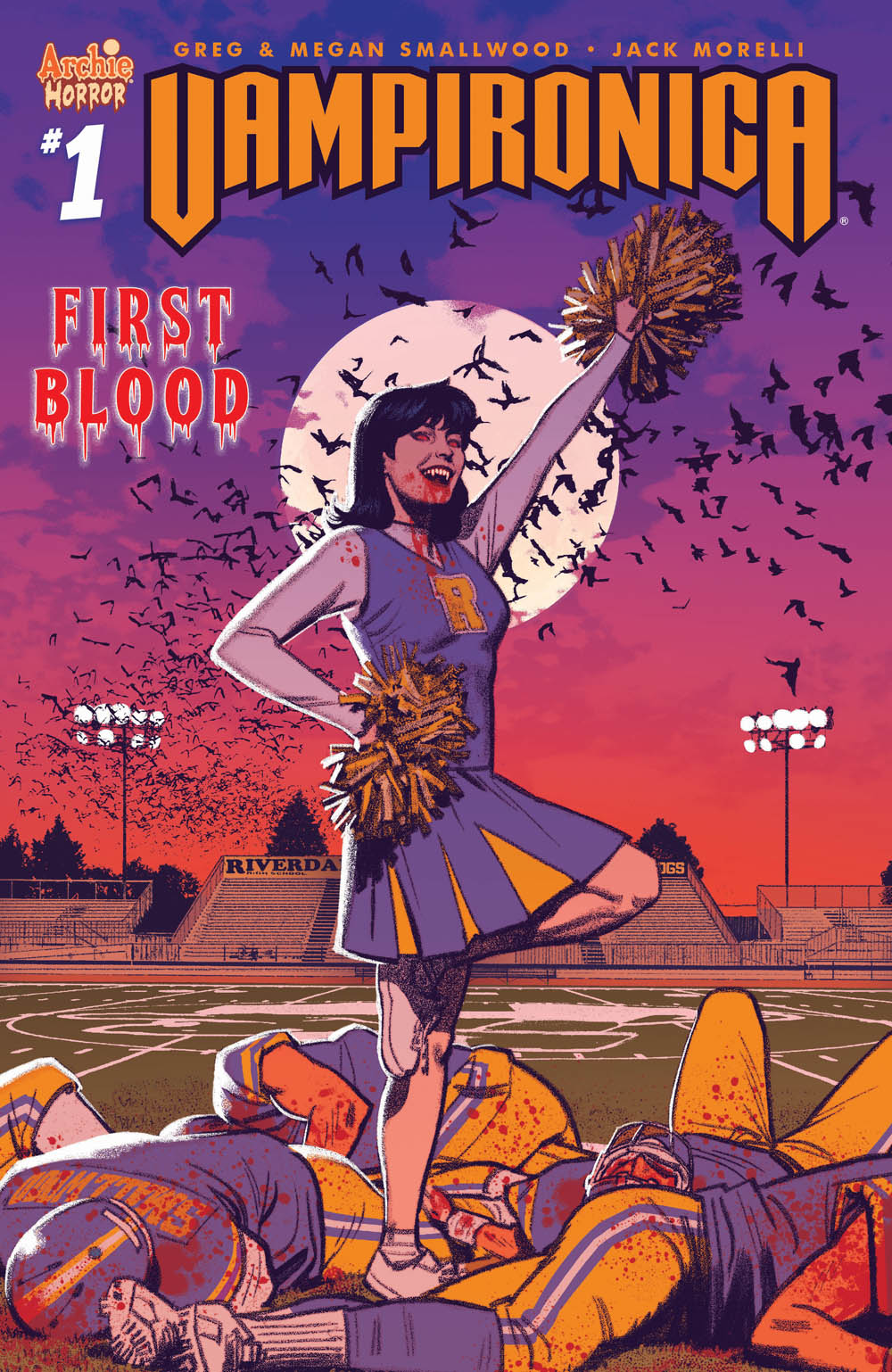 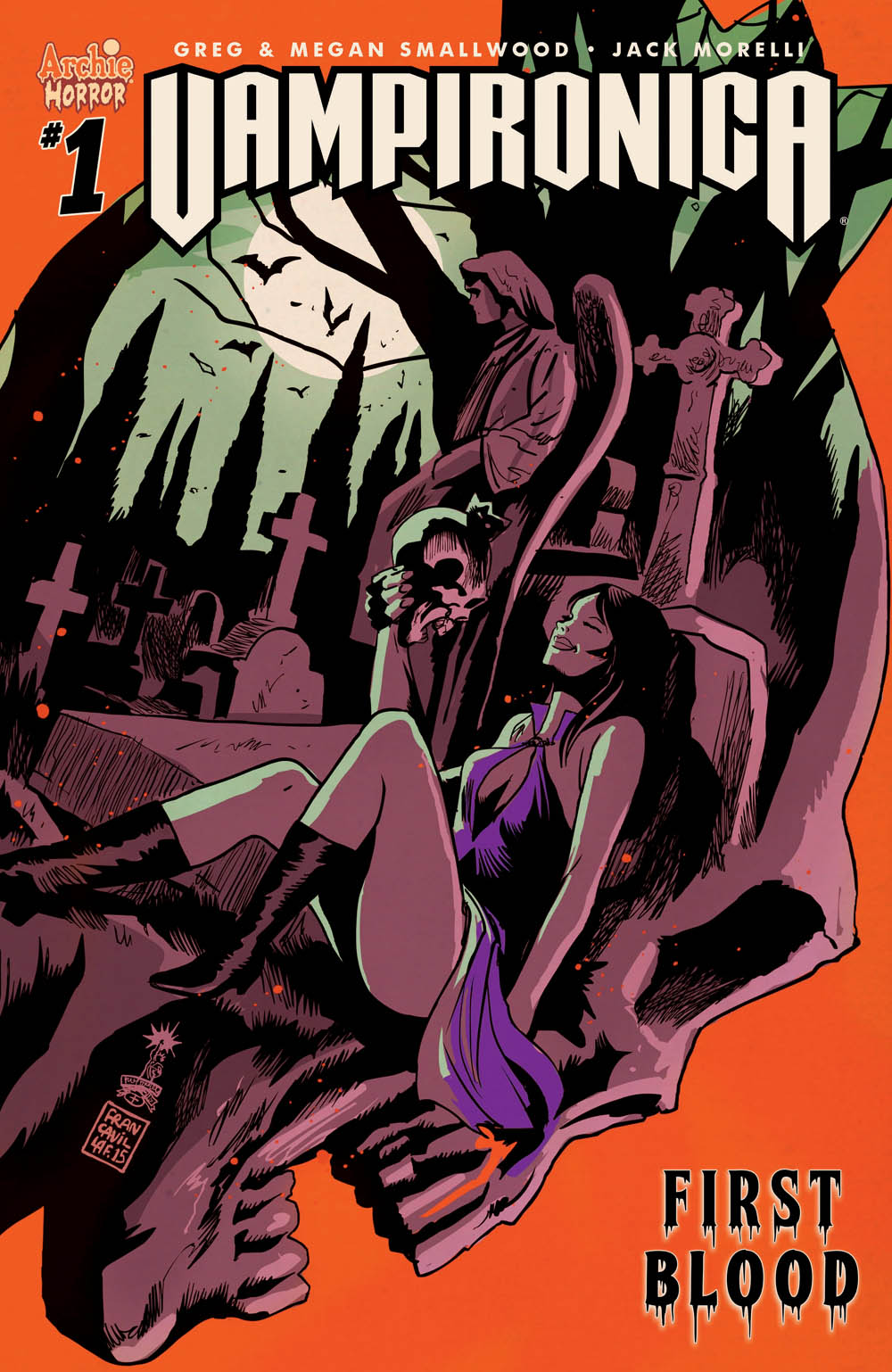 Greg and Megan Smallwood are bringing a new terror to the streets of Riverdale as Veronica Lodge is bitten by a centuries-old vampire in a new Archie Horror series launching this March - VAMPIRONICA.

After being turned, will Veronica's new-found thirst for blood turn Riverdale into a haven for the undead or will she put an end to the vampire threat herself? The team of Greg (co-writer, artist) and Megan Smallwood (co-writer) and letterer Jack Morelli are set to turn Riverdale red in the latest twisted take on the classic Archie Comics characters. 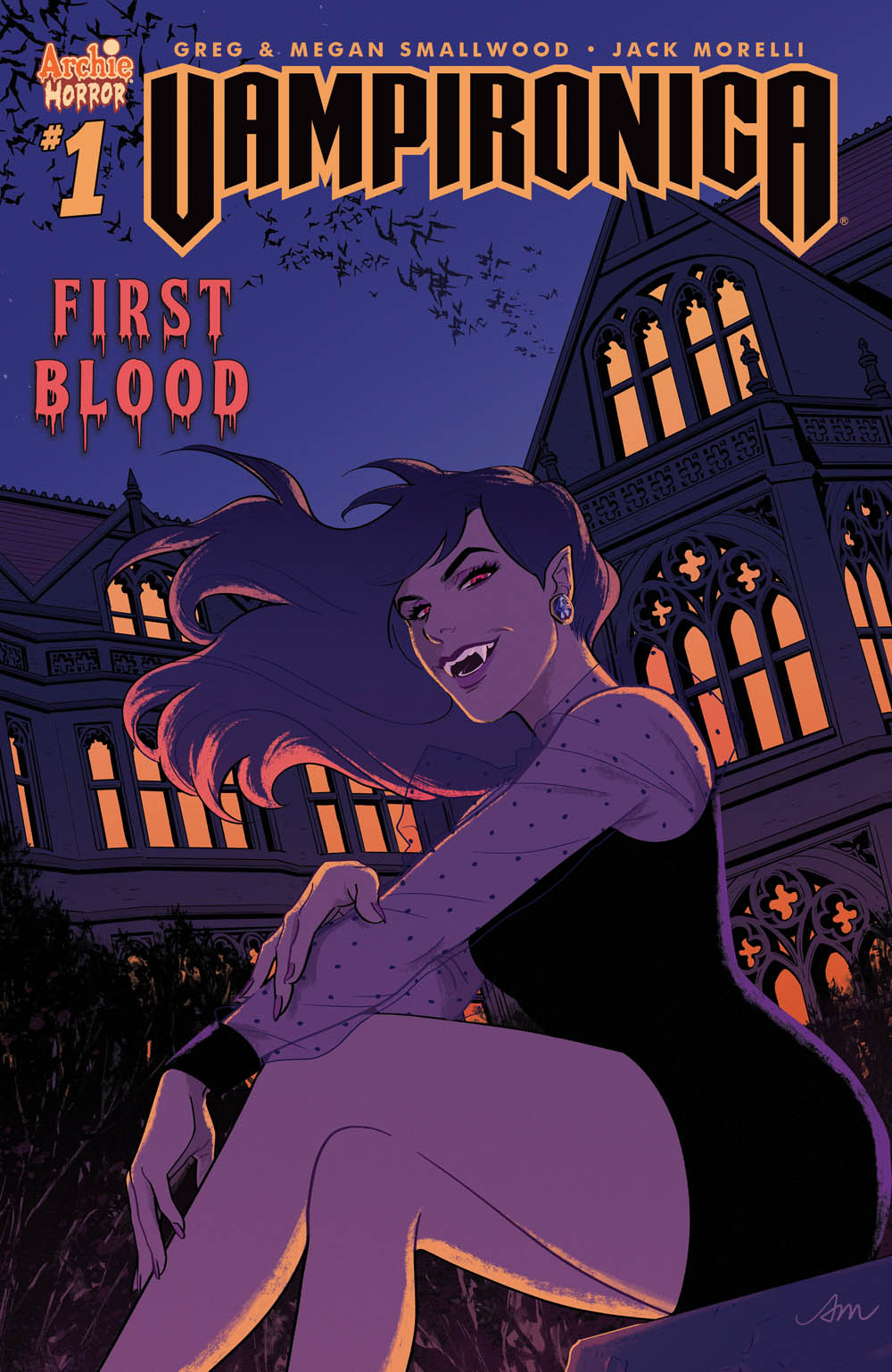 "Fans can rest assured that we'll be staying faithful to the core of these characters," said co-writer Greg Smallwood. "It was very important to Megan and I that Vampironica be the same Veronica that we all know and love, only now with fangs."

"Greg and I were both very interested in exploring the concept of a vampire Veronica without getting rid of what makes Veronica such a special character," said co-writer Megan Smallwood. "Ironically, Vampironica humanizes Veronica in a way that only horror can. Becoming a vampire is a humbling experience for her and she's forced to open up and expose a little vulnerability." 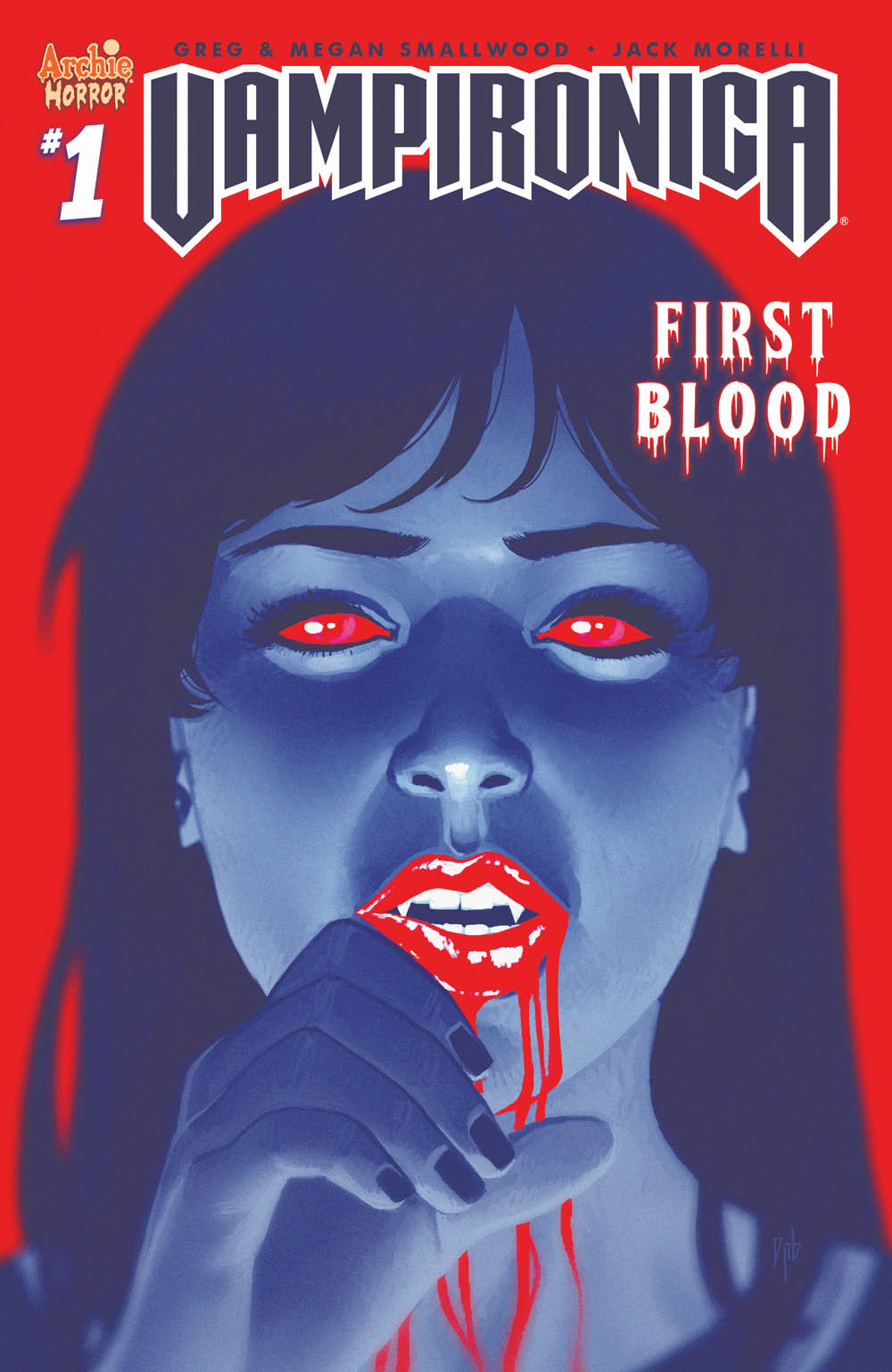 The new series will explore how Veronica adapts to her new place as one of Riverdale's freshest members of the undead while drawing influence from classic horror films.

"I'd say that our biggest influences are American Werewolf in London and Fright Night. Both films can be quite horrific but there's also a lot of strong characterization and humor to them," said Greg. "I think horror works best with a small dose of comedy for levity so we've used the same formula on Vampironica." 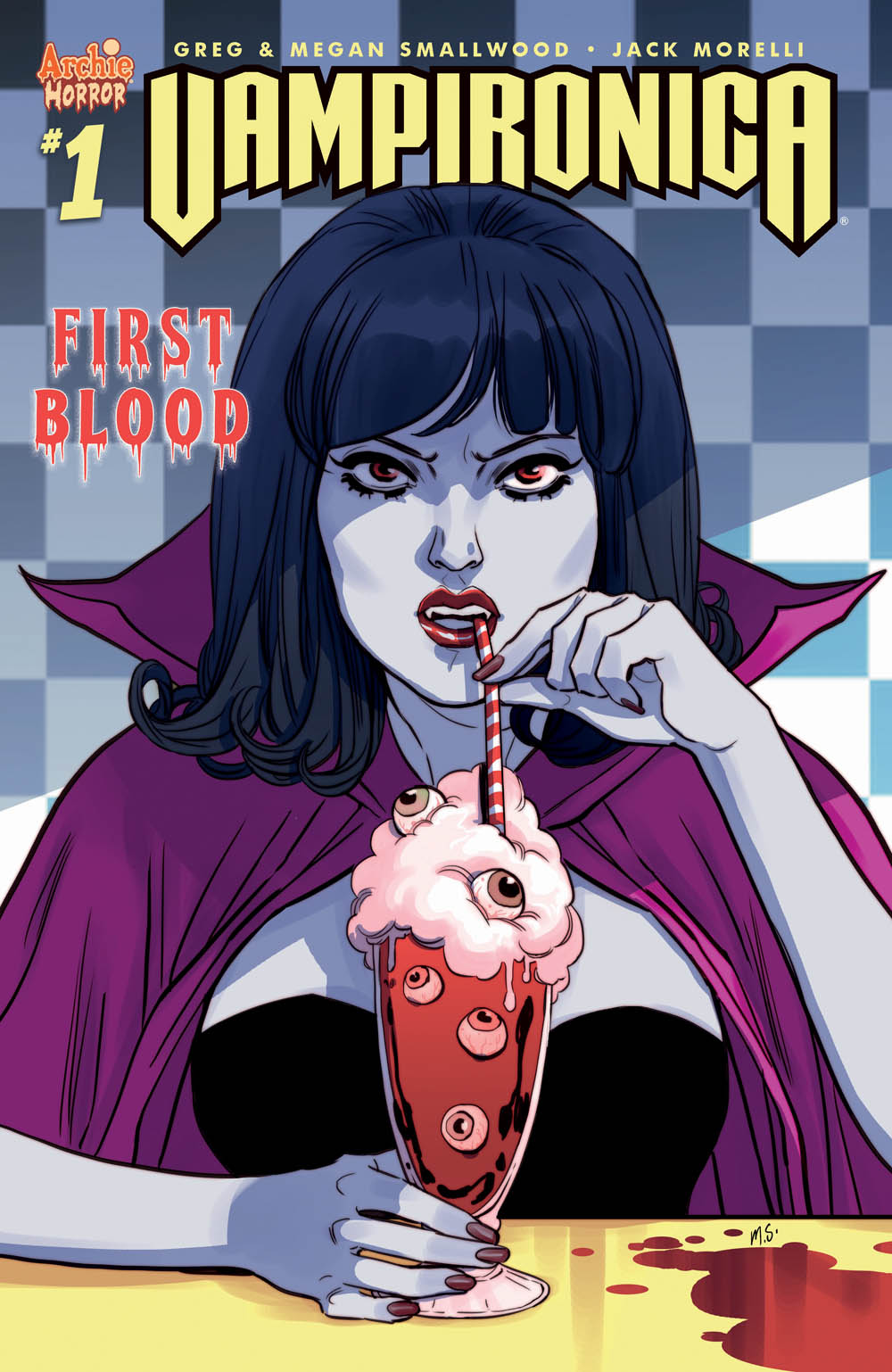 "Veronica Lodge is not the kind of girl to join any ranks, let alone vampire ranks. True to form, Veronica instead relies on her own gut-instincts," said Megan. They haven't let her down in life and they won't let her down as she navigates the surreal world of the undead."