Welcome to another glorious week in fresh new comics. Monstress is back and better than ever, Thanos and Redneck continue to blow minds thanks to the evil genius of Donny Cates, no better iteration of Betty and Veronica than this week's Vixens, and Doomsday Clock keeps on ticking. More indie deliciousness includes Ninja-K, Postal, Kid Lobotomy, Abbott, Catalyst Prime Incidentals, and much more. Check out this week's recommendations and happy reading! 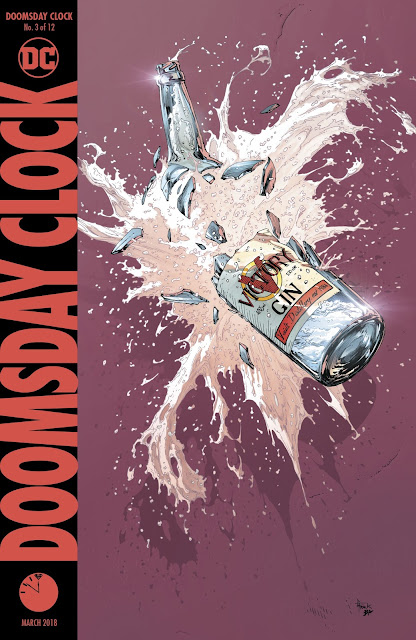 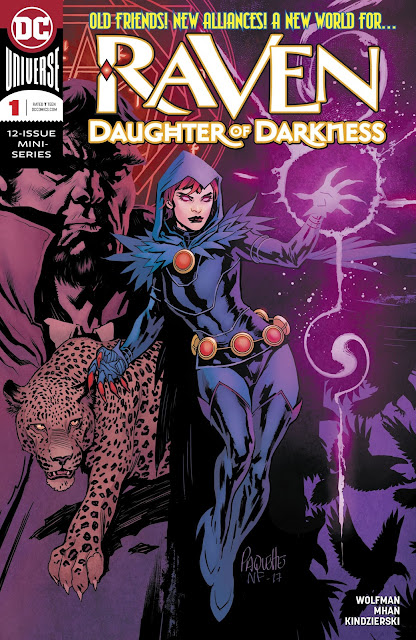 (W) Marv Wolfman (A) Pop Mhan (CA) Yanick Paquette
In this all-new miniseries, Raven faces a new, otherworldly menace that is all too grounded in reality. Plus, Raven's personal life is in an uproar as her mother and aunt struggle for the soul of a Titan! It's up to Baron Winters of the Night Force to intercede on her behalf as she embarks on the adventure called "The Girls With the Anime Eyes"!
RATED T 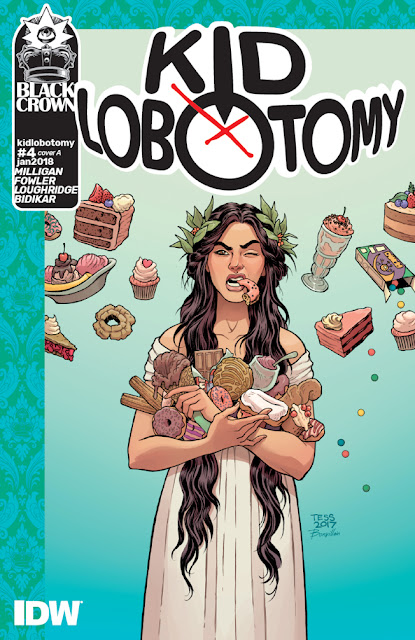 (W) Peter Milligan (A/CA) Tess Fowler
As loyal and surprisingly complex chambermaid Ottla searches for Kid-who's been dragged away by Big Daddy-she's gripped by a tragic memory. What unspeakable things was she forced to do to fulfill Big Daddy's King Lear fantasies? Is the Suites playing its weird tricks? Will Kid have a drill shoved into his head? Why is Cordelia getting fat? Find out this and more in the cracked looking glass Shakespearean tragedy that is "A Lad Insane, Part Four: The Chambermaid's Tale." 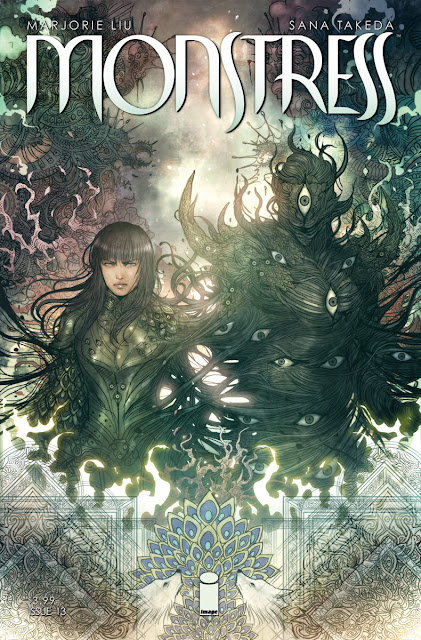 (W) Marjorie M. Liu (A/CA) Sana Takeda
Hugo Award-winning MONSTRESS returns with a new arc and an oversized issue! Maika has spent most of her life learning how to fight, but how will she fare when the only way to save her life...is to make friends? 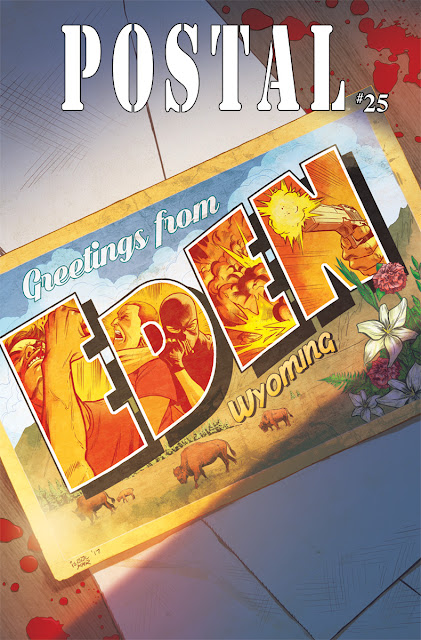 (W) Bryan Hill (A/CA) Isaac Goodhart
The war for Eden is over, but Laura faces the most important choice of her life: What to do with her son Mark's future. 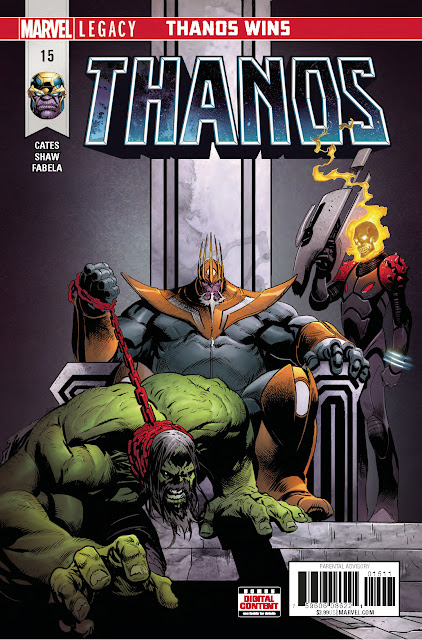 (W) Donny Cates (A/CA) Geoff Shaw
THANOS WINS Part 3
As King Thanos and his Rider prepare to face the coming forces of the Fallen One, he surveys the Universe he's dominated...just a king and his dog. His big...green...dog...
Parental Advisory 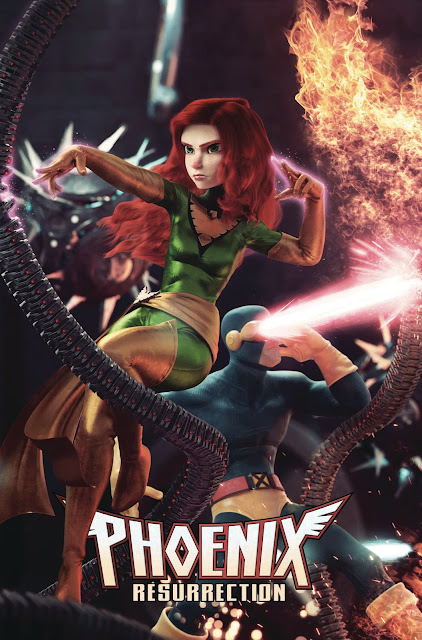 (W) Matthew Rosenberg (A) Ramon Rosanas (CA) Victor Hugo
A light in the darkness is not always welcome.
Kitty Pryde, Old Man Logan and Cyclops are leading teams of X-Men all across the globe, chasing events connected to the Phoenix. But with teammates disappearing and familiar enemies returning, the X-Men are fighting a losing battle. Beast doesn't know how or what shape it will take, but he knows they are running out of time before the Phoenix makes its true presence known.
Meanwhile, a young woman named Jean is starting to go insane in her peaceful, suburban life. Nightmares and daydreams are spilling over into the world and revealing cracks in her reality. Jean's life and everything in it may just be a facade, but made by who? And why?
Jean needs to escape. The X-Men need to stop the cycle of death the Phoenix brings. Their worlds will violently collide as Jean searches for an opening and the X-Men fight for closure. But when they are brought together, will the X-Men be reunited with their long-lost teammate - or something darker?
Rated T+ 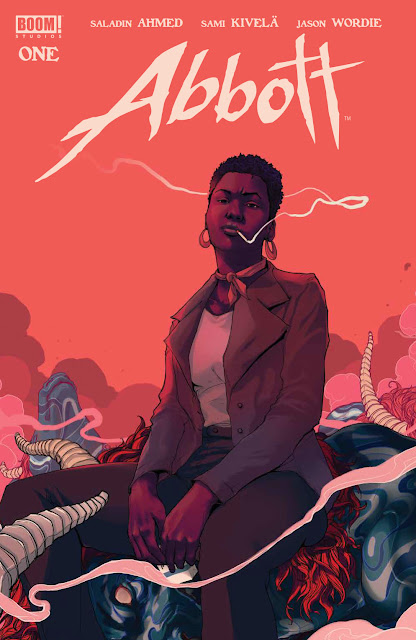 (W) Saladin Ahmed (A) Sami Kivela (CA) Taj Tenfold
Hugo Award-nominated novelist Saladin Ahmed (Black Bolt) and artist Sami Kivelä (Beautiful Canvas) present one woman's search for the truth that destroyed her family. Hard-nosed, chain-smoking tabloid reporter Elena Abbott investigates a series of grisly crimes that the police have ignored. Crimes she knows to be the work of dark occult forces. Forces that took her husband from her. Forces she has sworn to destroy. 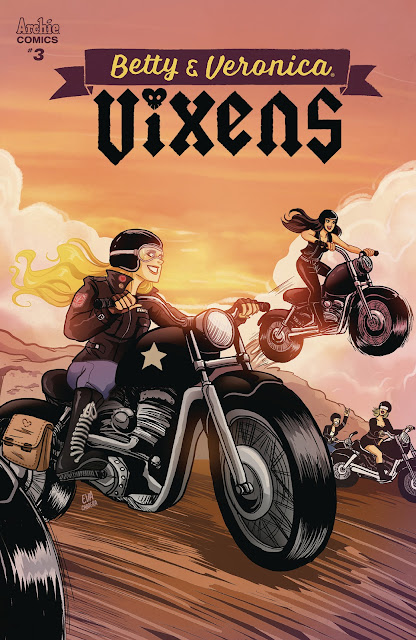 (W) Jamie L Rotante (A/CA) Eva Cabrera
NEW ONGOING SERIES! The Vixens are taking matters into their own hands and doing whatever they can to protect their hometown. But are they a match for the dangerous Southside Serpents? 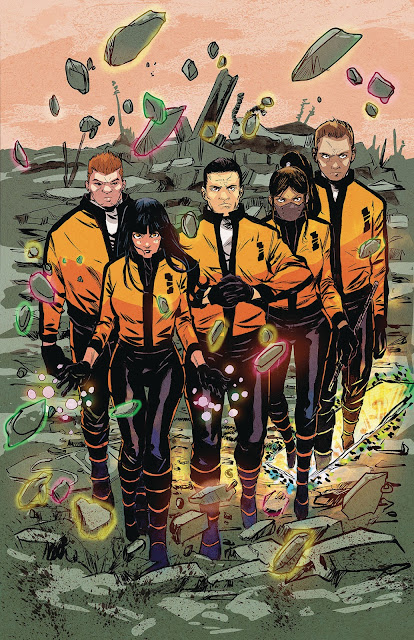 (W) Joe Casey, Ramon Govea (A) Will Rosado (CA) Sanford Greene
New series artist Will Rosado and guest cover artist Sanford Greene take the world's first superpowered team into their next mission! The Incidentals saved the superpowered teenager called Seven, but the strongest member of their team was kidnapped in the process. Professor Whisper has captured superhuman MMA fighter Alex Winters, and she's going to push his body to the breaking point to learn the true nature of everyone's enhanced abilities. 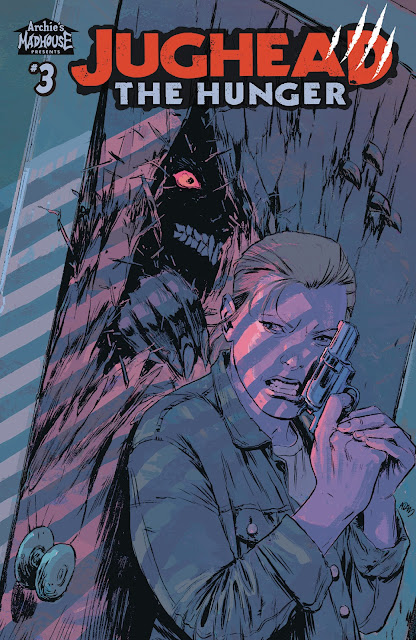 (W) Frank Tieri (A) Pat Kennedy, Tim Kennedy (CA) Adam Gorham
NEW ONGOING SERIES! This is it-the confrontation you've been waiting for! Werewolf Jug vs Werewolf Hunter Betty Round 2! The last one ended in a draw-this one may end one of their lives! 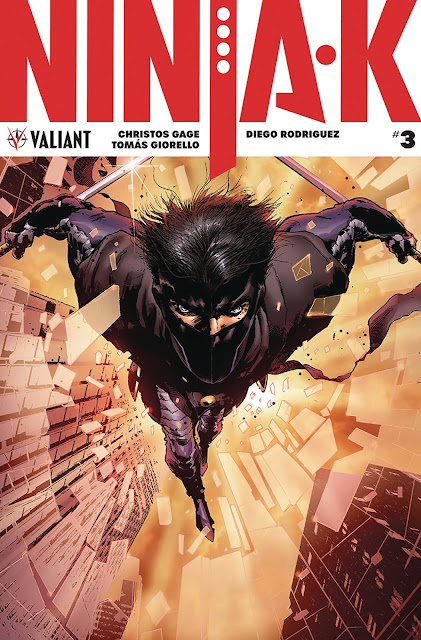 (W) Christos Gage (A) Tomas Giorello (CA) Trevor Hairsine
Spy vs. super-spy! At last, Ninjak is about to fi nd himself face-to-face with the surgically precise killer that has been eliminating the operatives of MI-6's most elite intelligence service - the deep-black training unit known as the "Ninja Programme" - one by one. But this shocking truth will also bring a devastating realization about Colin King's own past screaming into the modern day... With a gun at his back and a sword at his side, Britain's most elite super-spy is about to have his faith in queen and country tested like never before...
The mystery of "THE NINJA FILES" continues as renowned writer Christos Gage (Netflix's Daredevil) and superstar artist Tomás Giorello (X-O MANOWAR) lead MI-6's deadliest secret agent ever deeper into an shadow-laden game of cat and mouse... 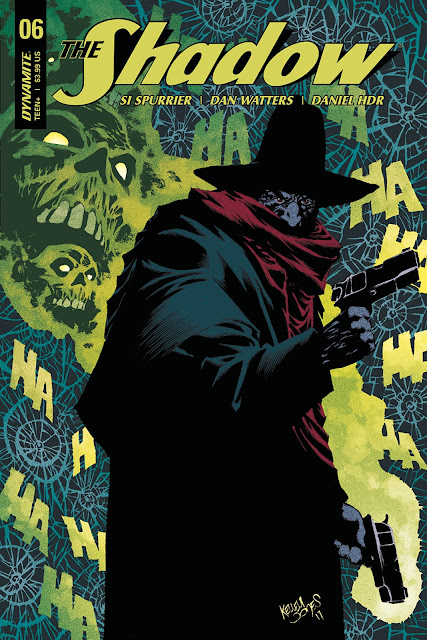 (W) Si Spurrier, Dan Watters (A) Daniel HDR (CA) Kelley Jones
With the machinations of Leviathan laid bare at last, the streets run with blood. At the center of it all, face to face with the sickness of the world, Mary Jerez must decide whether to use the scalpel's cut to cure or kill. Will the coming dawn bring the light - or the Shadow? 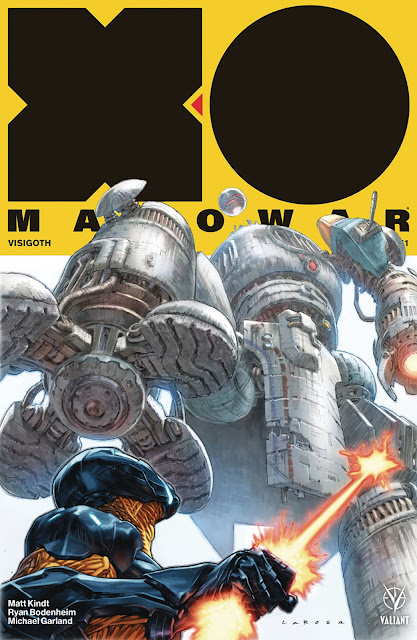 (W) Matt Kindt (A) Ryan Bodenheim (CA) Lewis LaRosa
ALL-NEW ARC! ALL-NEW JUMPING-ON POINT! "VISIGOTH" - PART ONE!
Aric of Dacia's bone-crushing climb to the throne of an alien world earned him scores of allies... and a legion of scorned enemies. Now, stripped of his crown and cast out of his kingdom, the man known as X-O Manowar must return to his roots as a sword-wielding warrior of Earth if he is to survive the relentless band of intergalactic bounty hunters that have been hired to kill him cold. But with few places left to turn, could the last Visigoth's best hope be the all-powerful...but insidious... weapon he once swore away: the X-O Manowar armor? From soldier to general to emperor...to outcast! The climax of X-O MANOWAR's whirlwind first year in the Valiant Universe starts here as "VISIGOTH" begins with a bold new entry point from New York Times best-selling writer Matt Kindt (ETERNITY) and explosive artist Ryan Bodenheim (The Dying & The Dead)!