Coming next week from Black Mask is BEAUTIFUL CANVAS, an elegant, gorgeously rendered, insanely twisted story that's kind of like The Professional if Leon was a queer hitwoman and Matilda was a boy with powers. 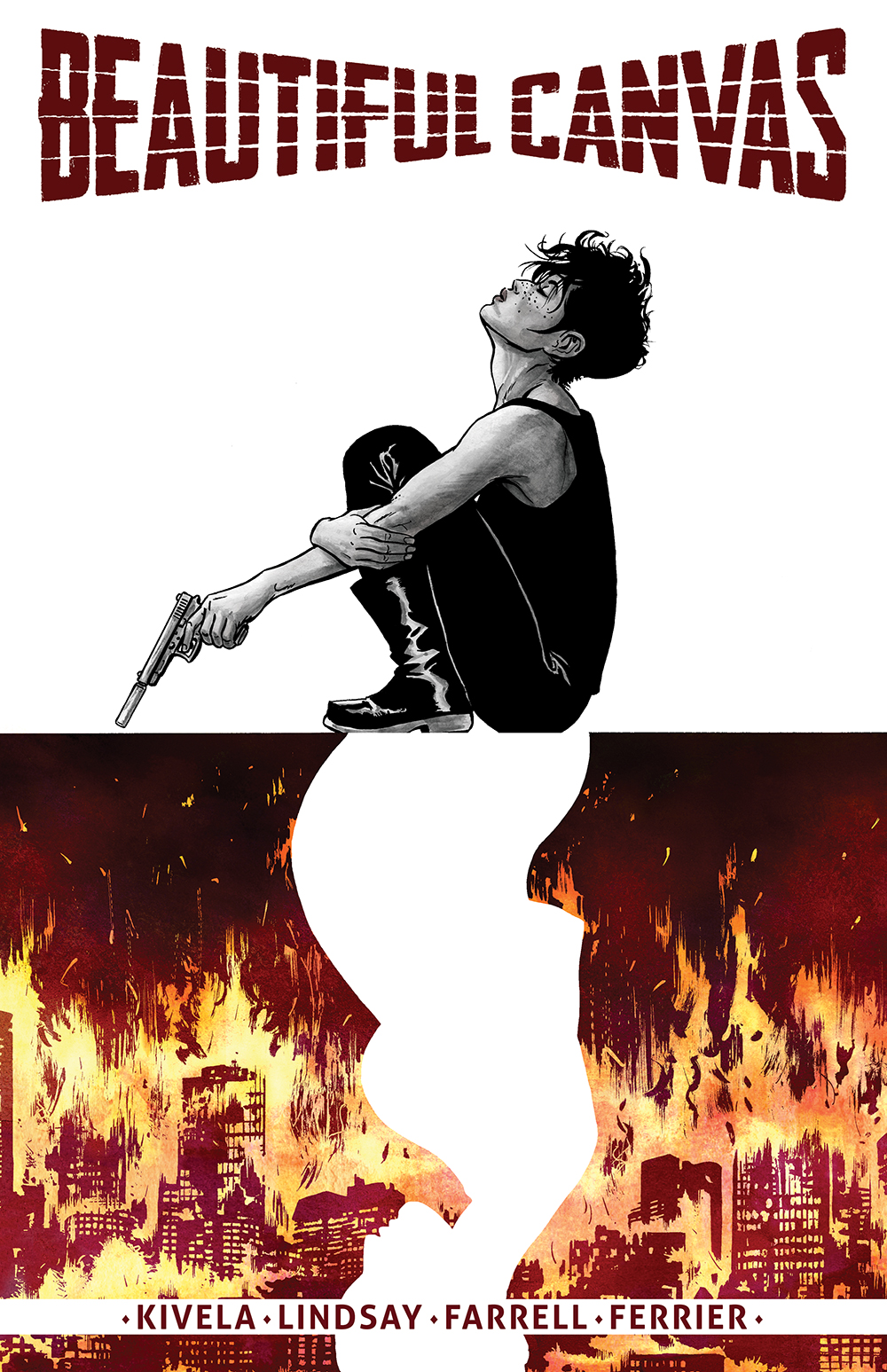 Synopsis:
Beautiful Canvas is 2017's smash hit warped crime miniseries about Lon Eisley discovering the similarities and differences between her job as a hitwoman and her new role as a mother-to-be when she finds out her girlfriend is pregnant.

Going from destroyer to creator/protector is a major swerve, but parents still have plenty of violent and brutal moments to contend with, especially when the world is full of pyrokinetic sleeper agents, animal/hybrid muscle-squads, and one hell of a nasty boss pulling your strings.

From the creative team of Sami Kivela (Abbott) and Ryan K Lindsay (Eternal, Negative Space, DC Writers Workshop) comes this gonzo world of future noir, where the story aims to deliver a brutal blow to your heart and piss in your brainpan. 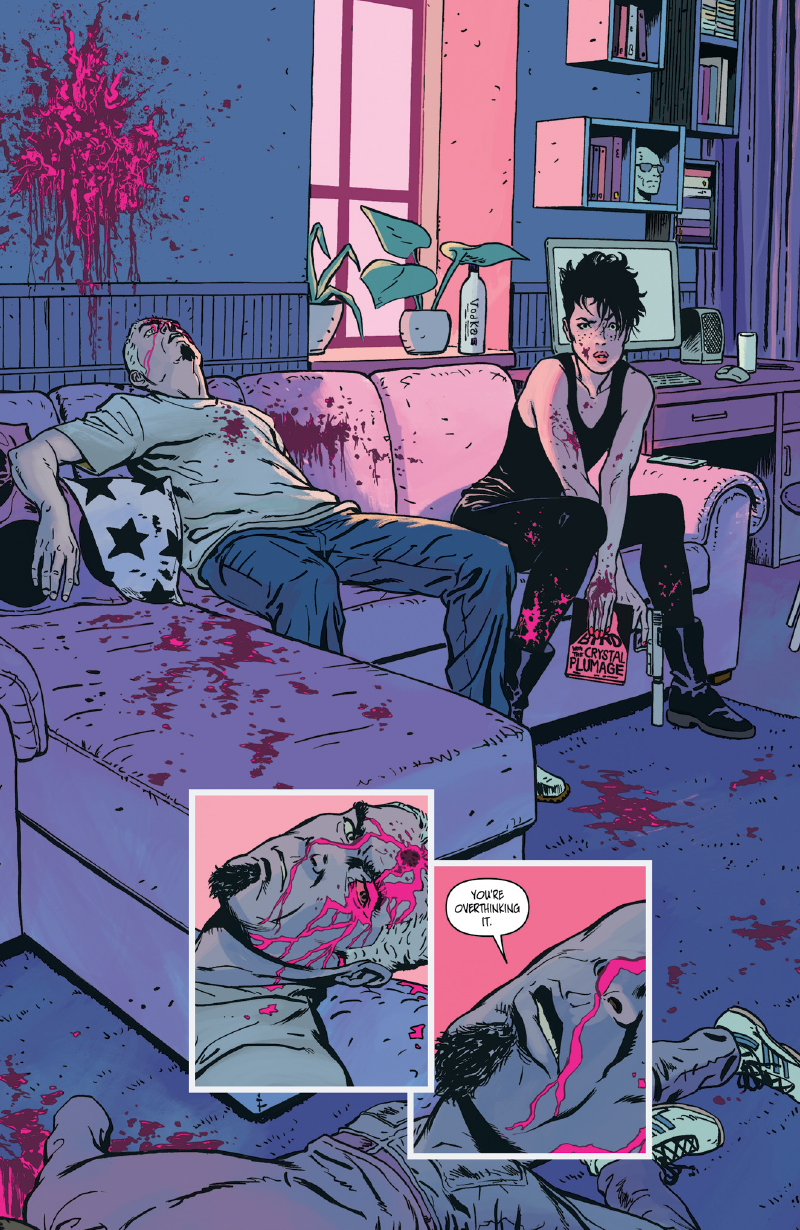 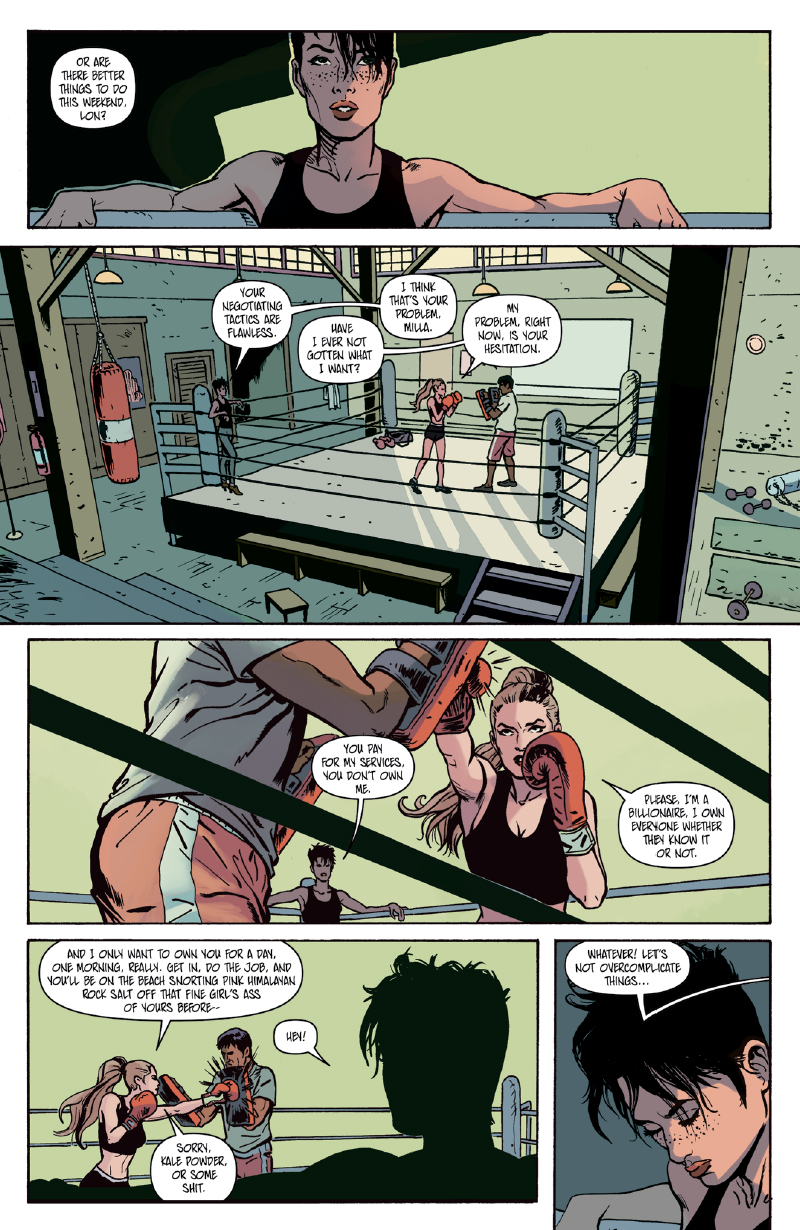 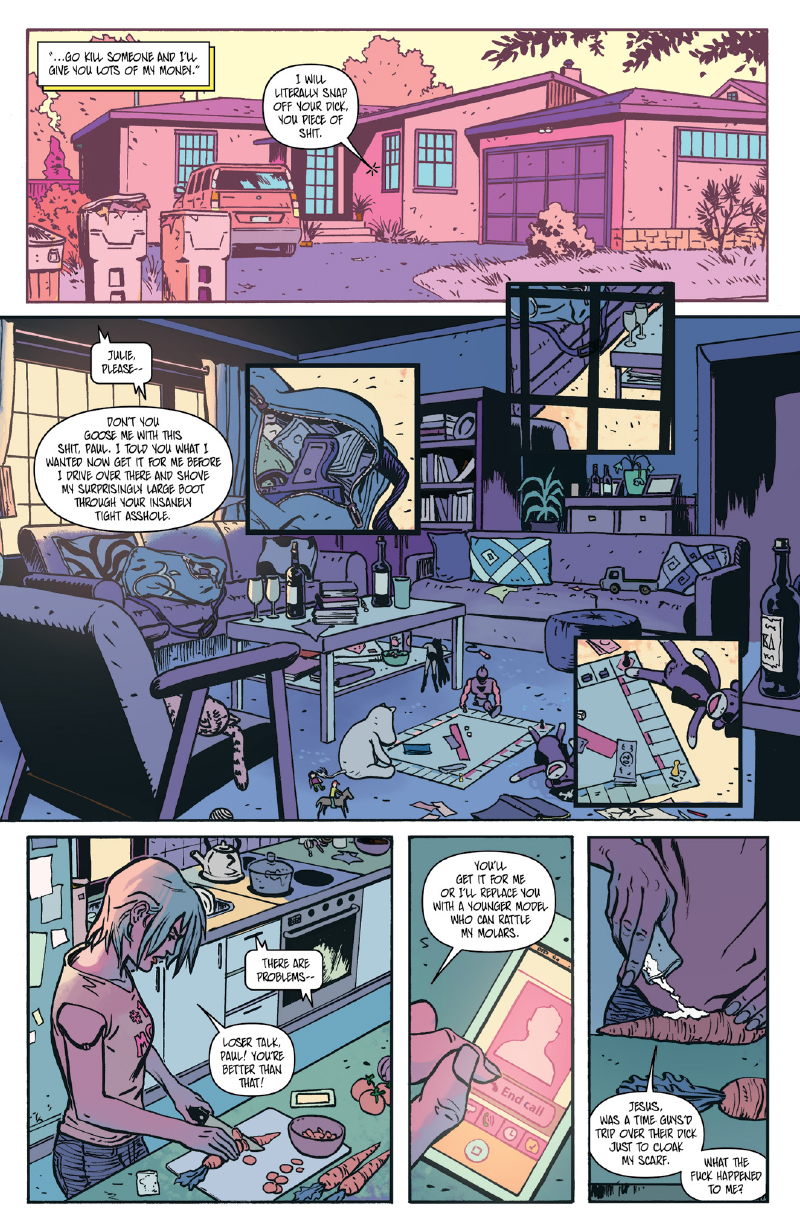 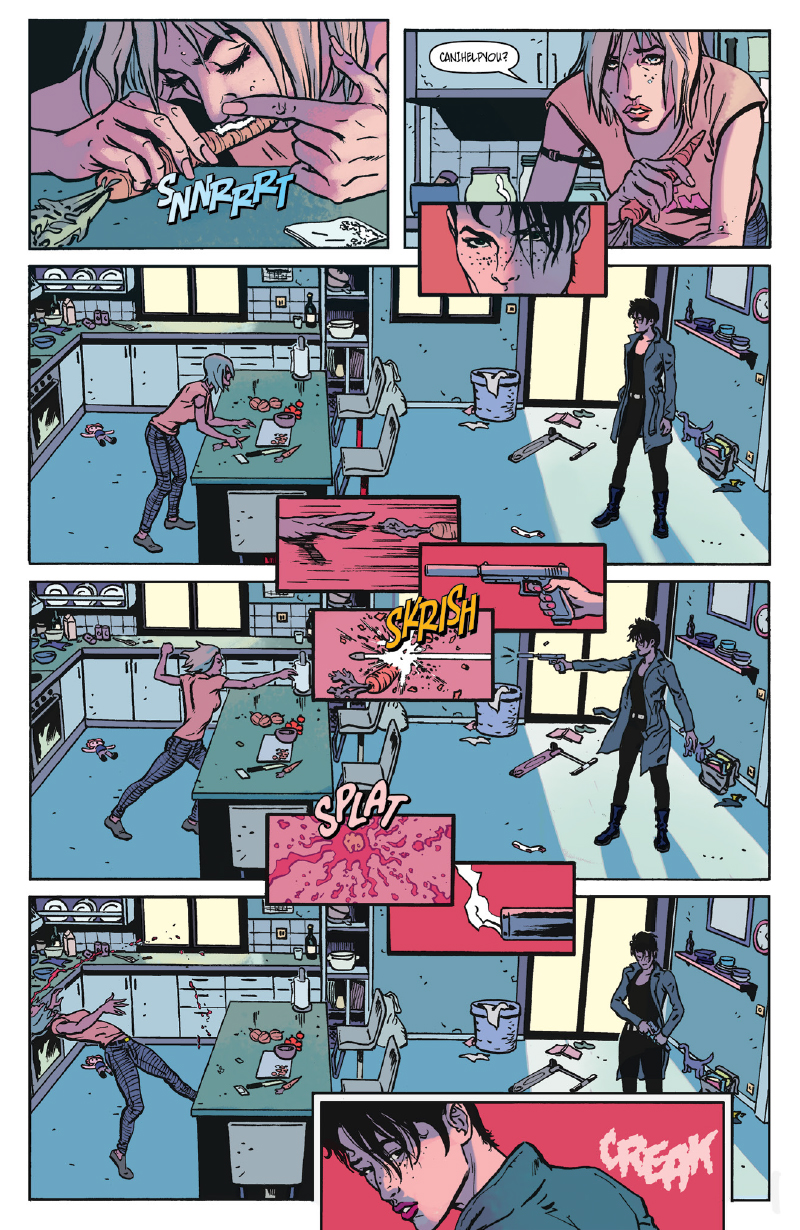 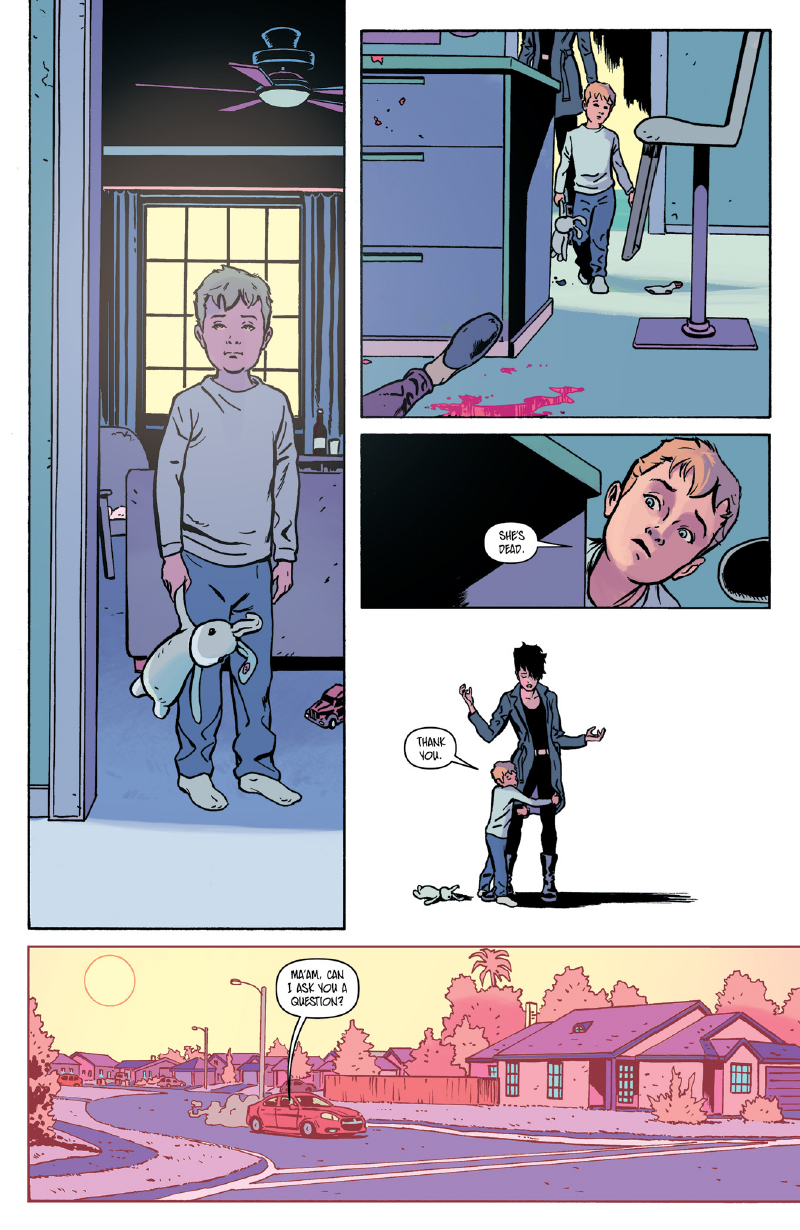 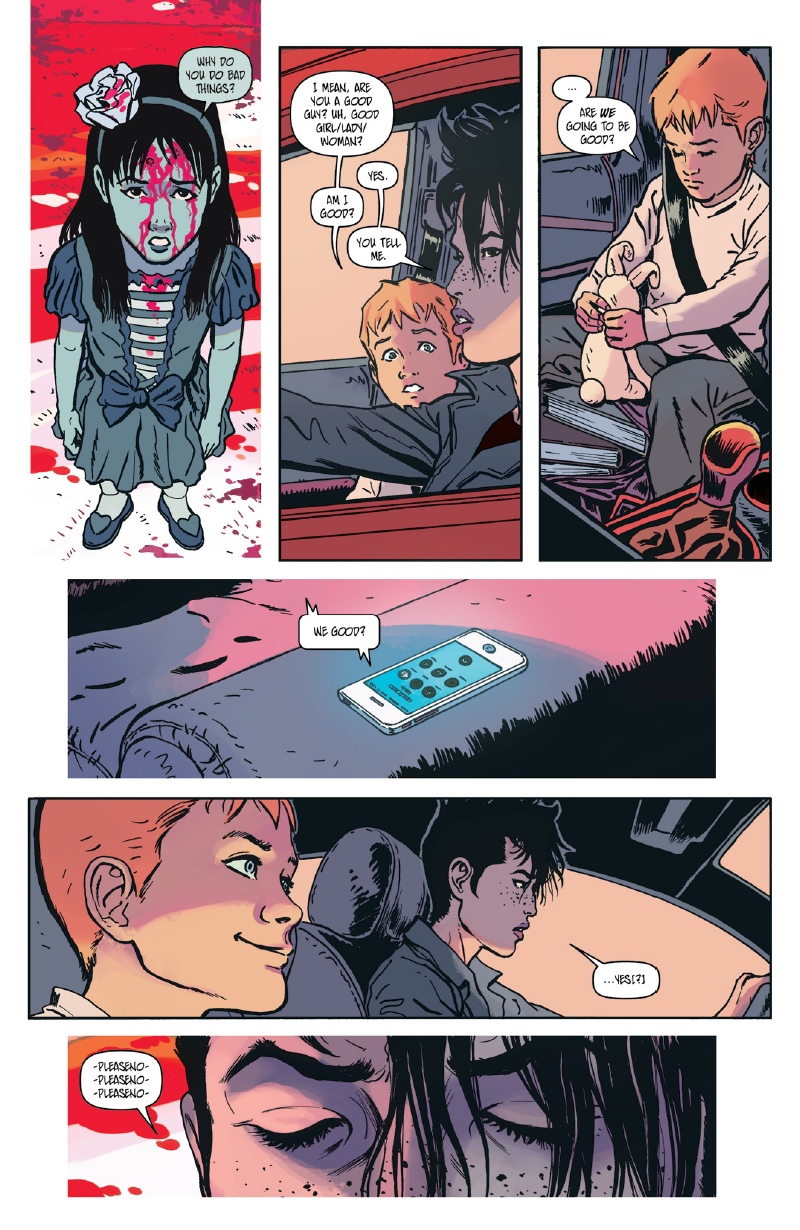 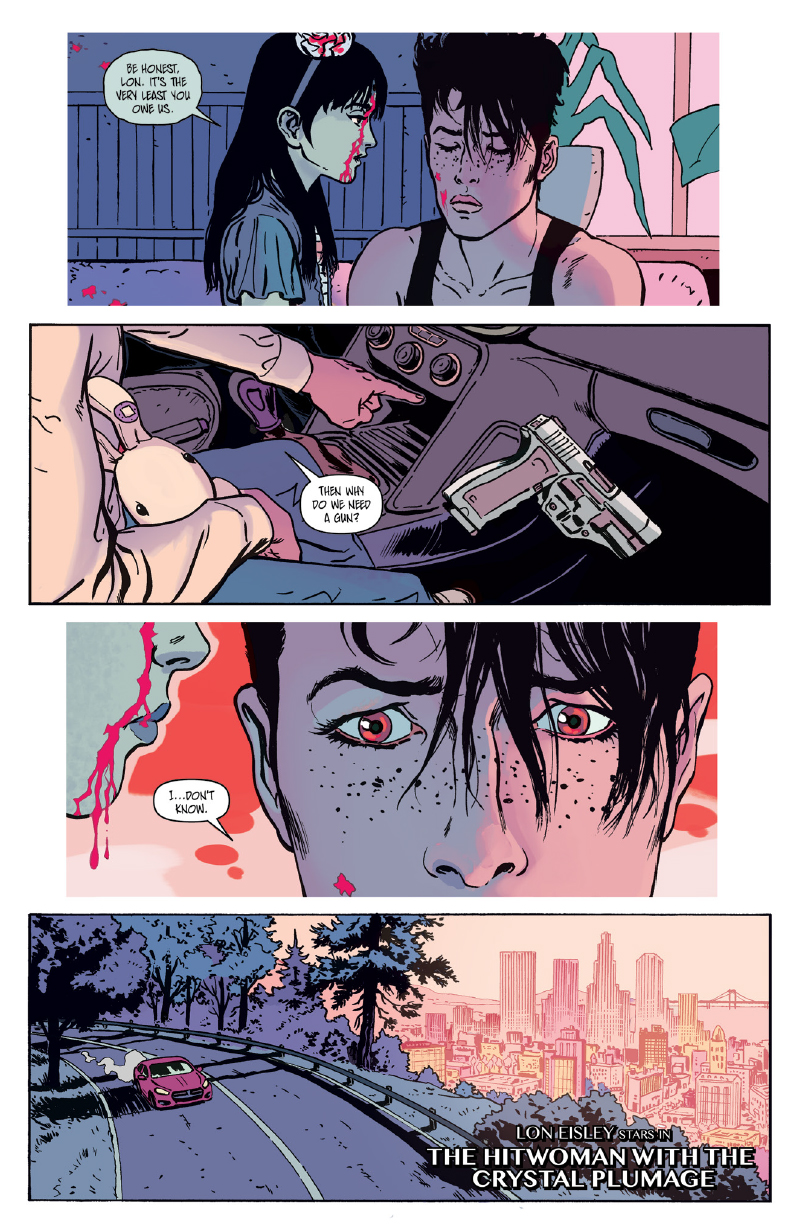