Valiant presents your first lettered look within the pages of HARBINGER WARS 2 #1 (of 4), the FIRST ISSUE of the SEISMIC SUMMER EVENT that will forever change the landscape of the Valiant Universe! On May 30th, the team that brought you 2017’s best-selling X-O MANOWAR series – New York Times best-seller Matt Kindt (DIVINITY, Mind MGMT) and stunning artist Tomás Giorello (NINJA-K) – begin an all-out brawl between Valiant’s most powerful players, pitting hero against hero in their most consequential conflict yet! 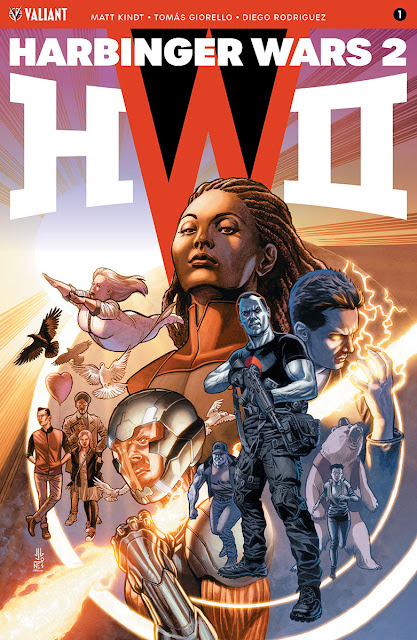 “The fun of an event like this is it allows us to pull all the characters in the universe together and really take advantage of all the best things that a shared universe can do,” writer Matt Kindt told io9. “It's something that's really unique to comics. And to justify an event like this you really need to have a unique polarizing event. [Writer] Eric Heisserer really set us up well for this by having Livewire not only step into a lead role in the universe but also having her serve as the spark that lights the fire of this war. “

For the rare and immensely powerful subset of humanity known as psiots, their unique abilities have come with an enormous cost. Once, their existence was known only to a select few. Now, the revelation that thousands of these latent telekinetic “harbingers” secretly live among us…with the potential to become active at any moment…has led the American government to a dramatic tipping point… 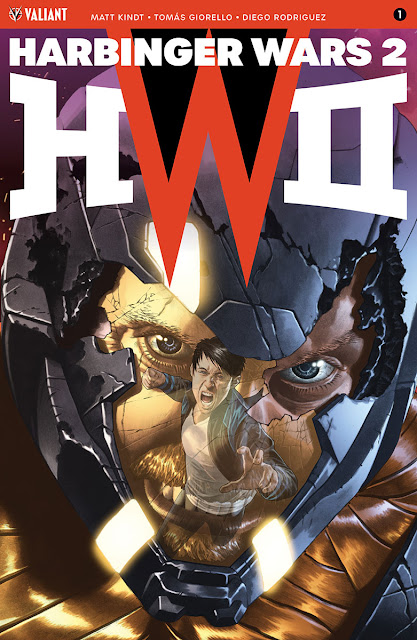 Armed with new extra-governmental authority, the deep-black military contractor known as Omen has been authorized to identify, evaluate, and, if need be, eliminate all super-normal threats to the homeland. H.A.R.D. Corps units have been deployed into cities and towns across the United States to enforce their orders.

In the East, one of the most powerful minds on Earth, Peter Stanchek, is leading his band of Renegades across the country, activating any potential psiots willing to join them, and building an insurrection force of ultra-powerful and unwieldy new abilities that will soon bring war to Omen’s doorstep…and the unstoppable force known as X-O Manowar raging back to Earth… 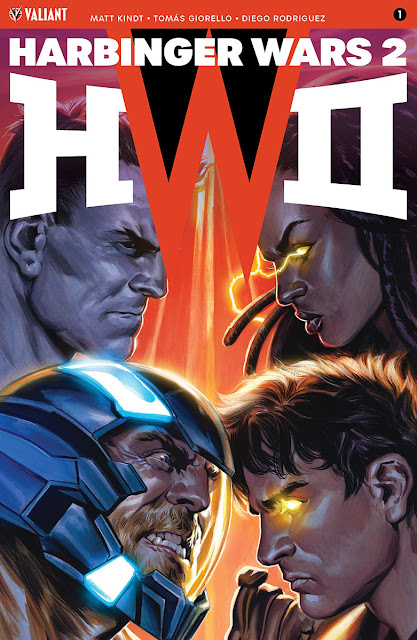 In the West, Livewire – the telekinetic technopath with the ability to bend machines and computers to her will – will be forced to choose between her former allies…or her newfound team of Secret Weapons. As the situation escalates beyond human control, the United States will be plunged into darkness from coast to coast, launching Bloodshot and Ninjak into a dangerous mission to neutralize their one-time teammate – and setting the stage for the most shocking, most violent, and most consequential clash of powers ever witnessed in the history of the Valiant Universe!

This summer, Valiant’s biggest and most ambitious event yet takes hold…and, on May 30th, all of America will witness the raw, unrepentant power of the Valiant Universe unleashed in HARBINGER WARS 2 #1 (of 4) – featuring covers by J.G. Jones (Final Crisis), Mico Suayan (BLOODSHOT REBORN), Juan José Ryp (BRITANNIA), Felipe Massafera (Planet of the Apes/Green Lantern), and Lewis LaRosa (BLOODSHOT SALVATION)!

And then: On June 27th, the most powerful Valiant event attempted continues in full force with HARBINGER WARS 2 #2 (of 4), the next chapter of the senses-shattering confrontation of 2018 by Matt Kindt and Tomás Giorello! Coming soon…the unstoppable X-O Manowar enters the fray!

From East to West, the nation has been cleaved down the middle as Livewire’s defensive attack on the U.S. power grid envelops America in darkness and sets the stage for the biggest clash of powers ever witnessed… On one side, Peter Stanchek’s ragtag team of Renegades – alongside their newly activated army of untrained and wildly unstable psiots – ready themselves for an unsparing firefight with H.A.R.D. Corps and the agents of Omen. On the other, Ninjak and Bloodshot prepare to enter Livewire’s domain inside blacked-out Los Angeles. But as the casualties pile up and the losses mount on both sides, none of them will be ready to confront the full fury of raw power personified as X-O Manowar makes his long-awaited return after a year of self-imposed exile among the stars…and delivers a single concussive strike that will send shockwaves across the whole of the Valiant Universe!

On June 27th, New York Times best-selling writer Matt Kindt and Tomás Giorello unleash X-O Manowar on a world he thought he’d left behind in HARBINGER WARS 2 #2 (of 4), and fire off the next brutal volley in the coast-to-coast clash of comics icons that will leave no hero unscathed! Featuring an incredible array of covers by J.G. Jones (Wanted), Mico Suayan (BLOODSHOT SALVATION), Juan José Ryp (NINJA-K), and Felipe Massafera (Green Lantern: Emerald Warriors)! 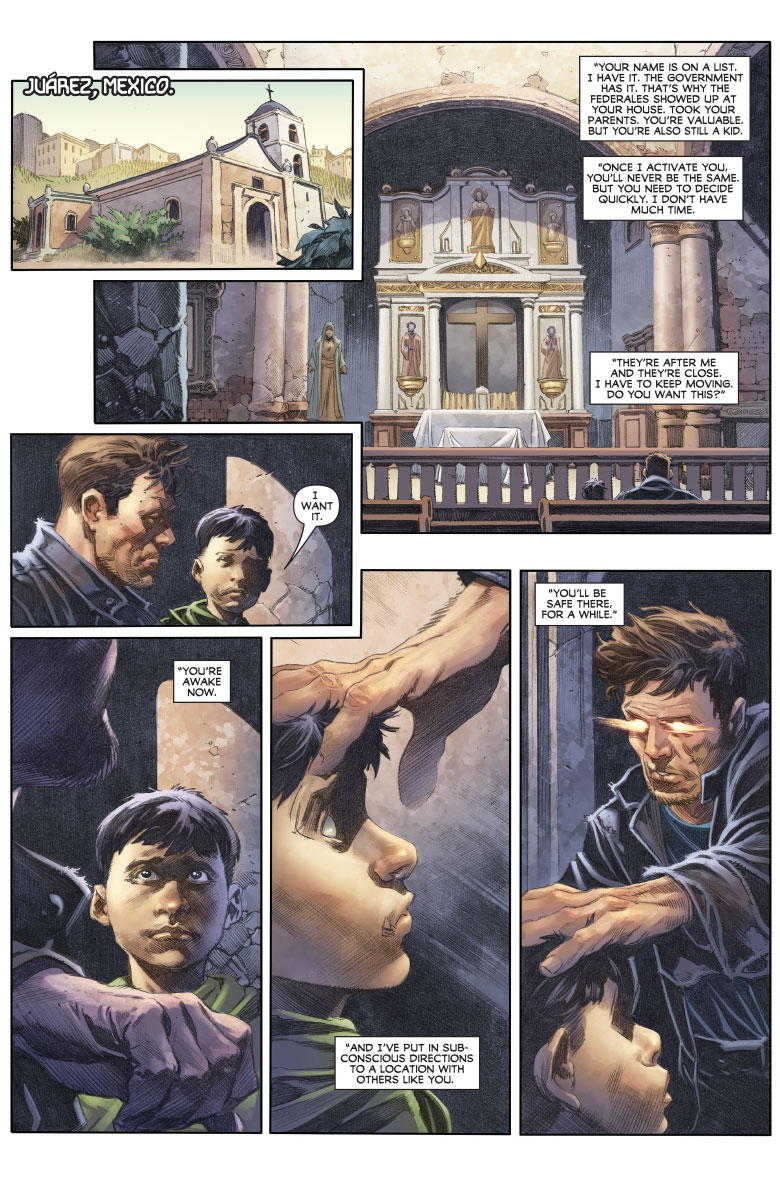 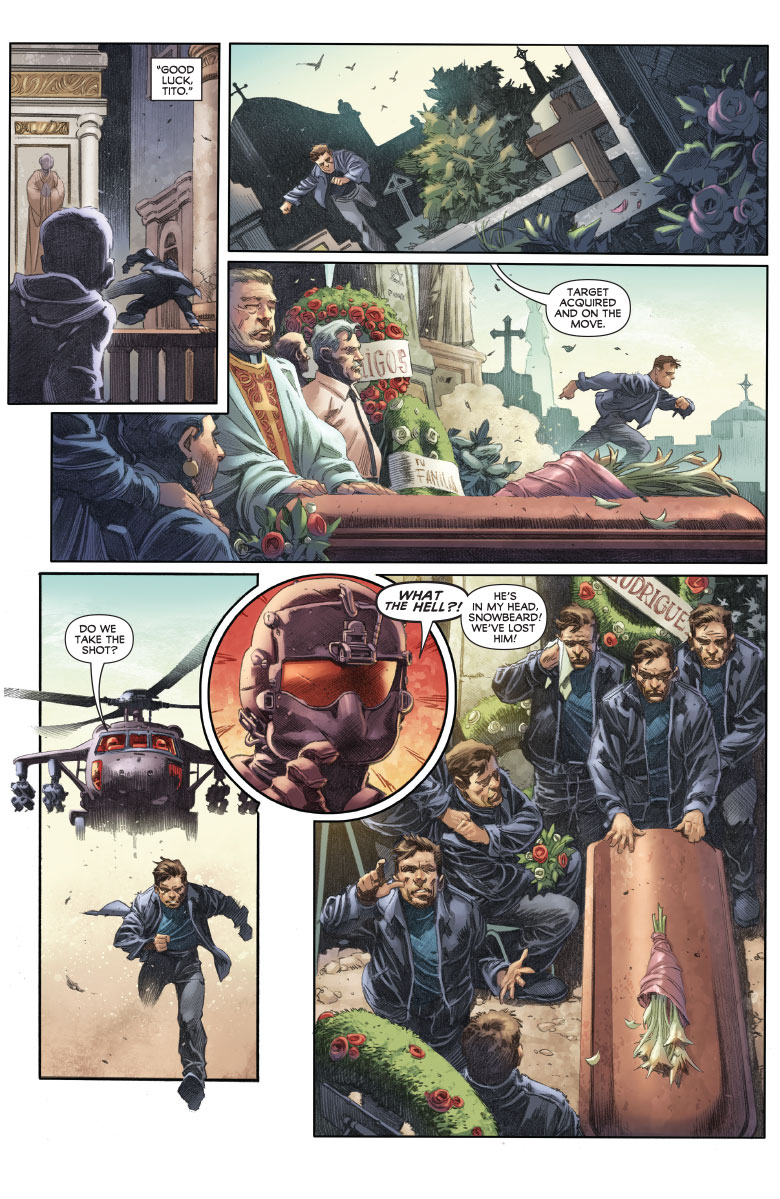 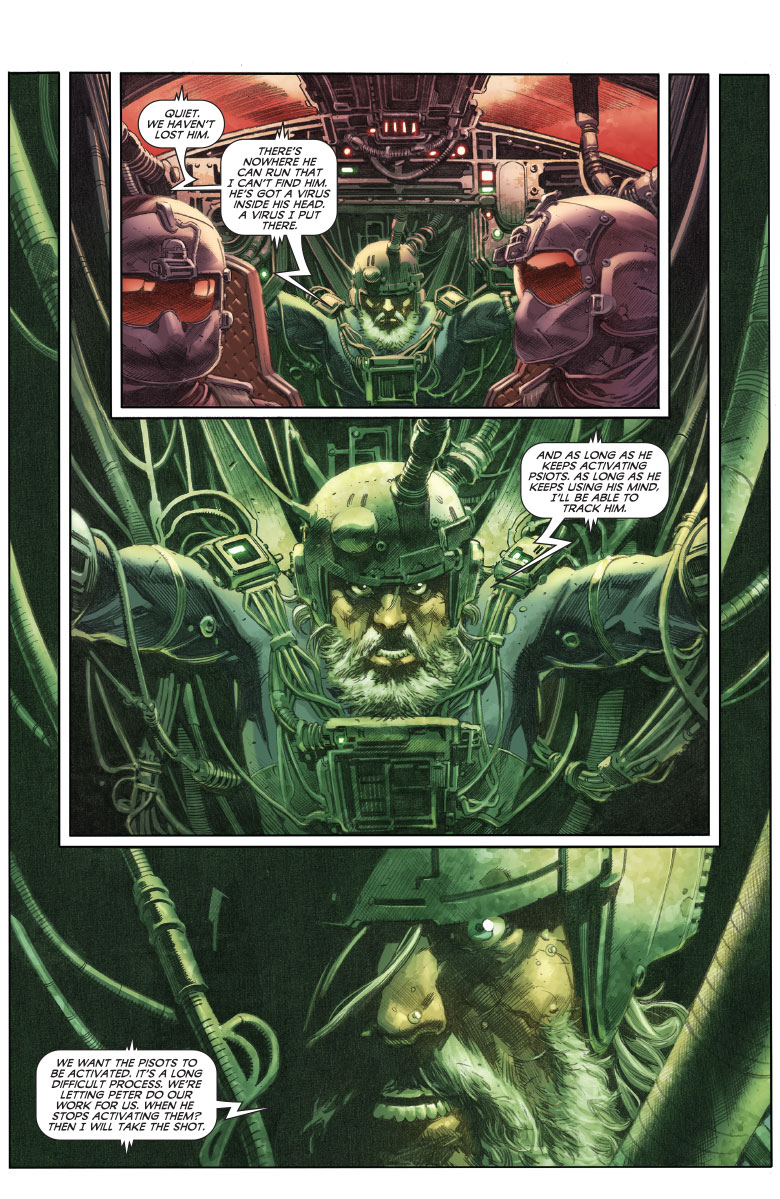 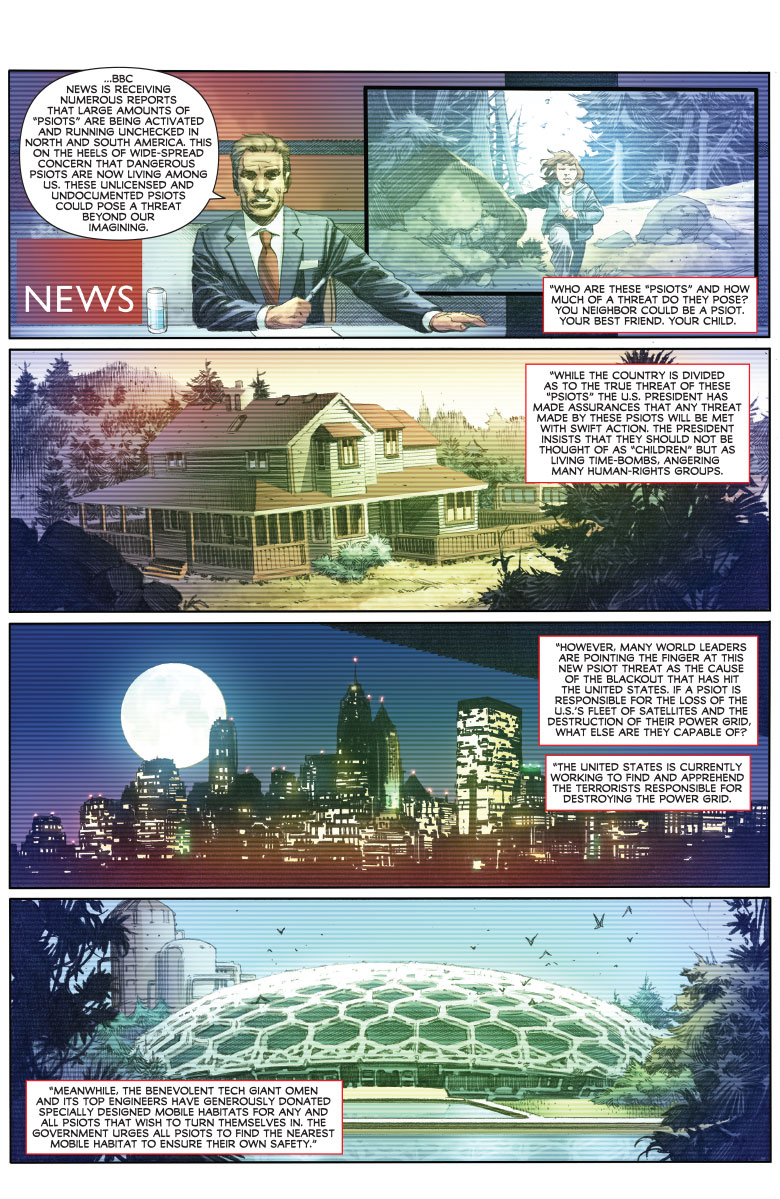 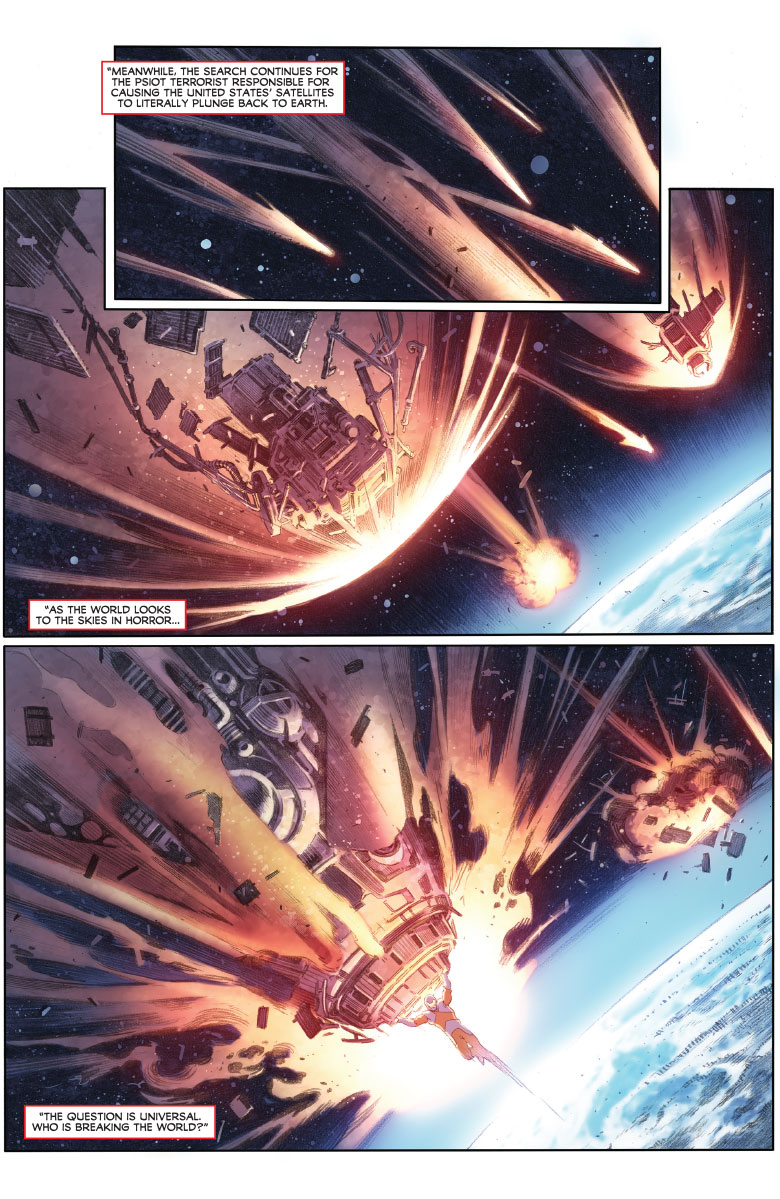