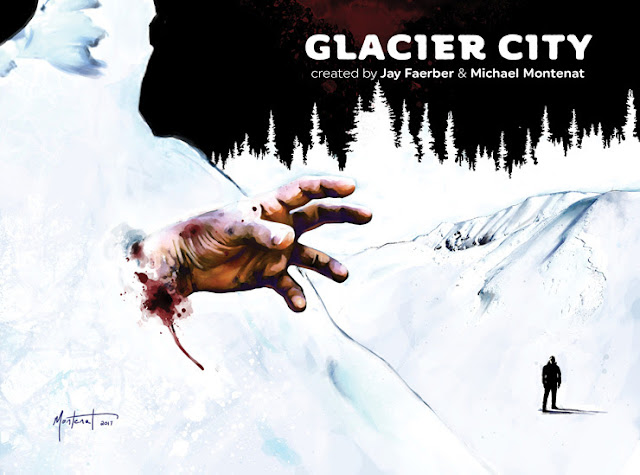 Jay's the writer and co-creator of Image Comics series such as COPPERHEAD, ELSEWHERE, and DYNAMO 5, and also writes for television shows like STAR-CROSSED and ZOO.

Police Chief Wes Cutter is the only law enforcement in a secluded Alaskan town where everyone has a secret and his closest backup is hours away. There are two kinds of people who live in Alaska. Those born there, and those that are running away from something. And Wes wasn’t born there.

If the response to this "pilot" issue is good, Jay and Michael promise there will be more, so please be sure to head over to panelsyndicate.com and show them your love!