TRAILER: Get The Trade Paperback of Image's NO. 1 WITH A BULLET Next Week 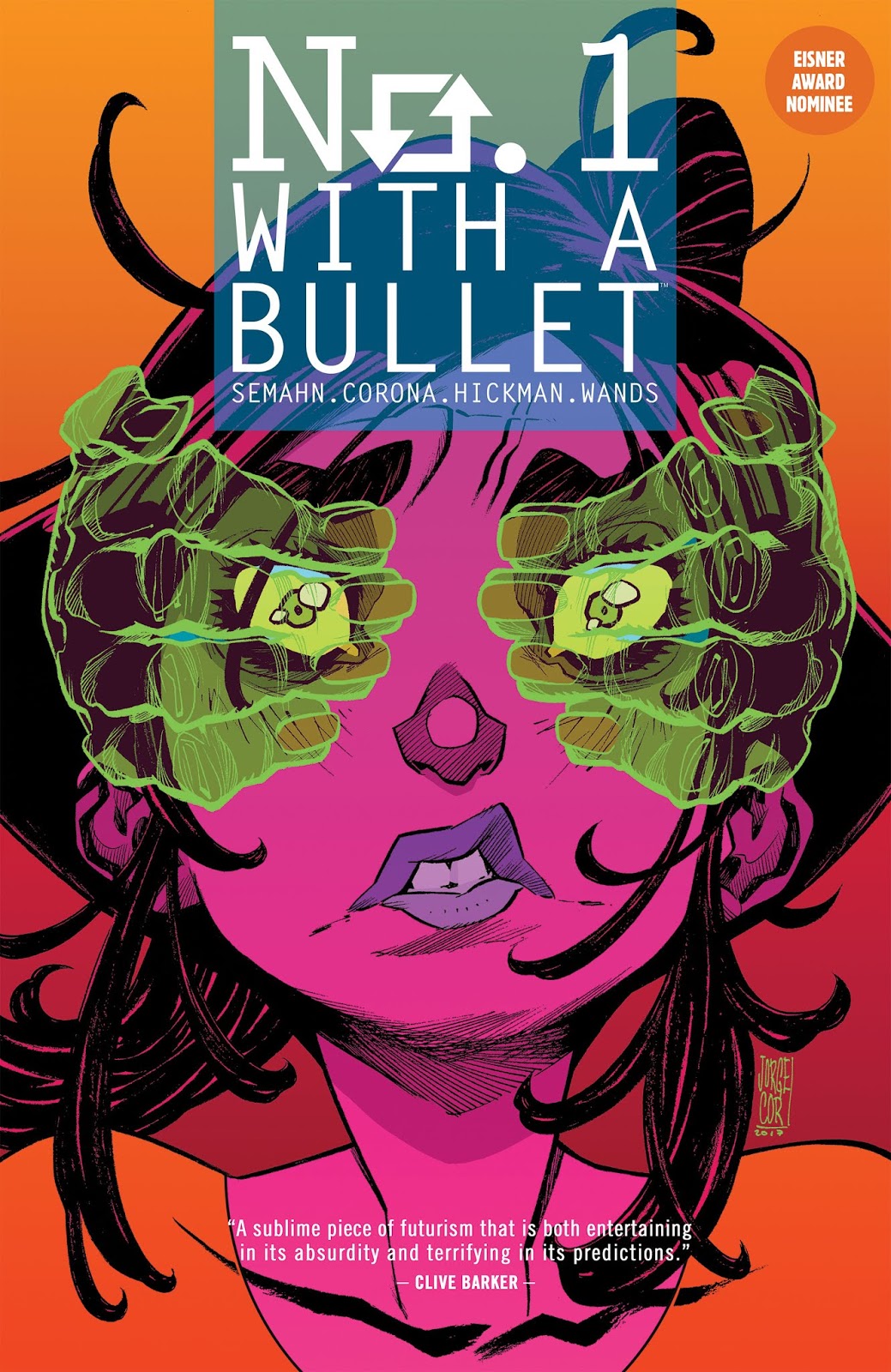 Her social media: strong. Her variety show segments: a hit. Nash Huang is at the top of her game. But when the iRis Shutter contact lens hits the market, Nash's personal life is invaded. The latest leap forward in 'technological progress,' these contacts not only play video or augment reality... they also record footage. Fighting to keep her life together after a sex tape goes viral, a clingy superfan is the last thing on Nash's mind. But then the bodies start to pile up... and the terror begins.

The trade paperback collects issues #1-6 of the lauded series, together for the first time. Part invasion horror, part grounded sci-fi, NO. 1 WITH A BULLET paints a very real picture of our world on a personal level that is “A sublime piece of futurism that is both entertaining in its absurdity and terrifying in its predictions.” — Clive Barker (Hellraiser, Candyman)


Vita Ayala (Submerged, The Wilds) calls it, “A masterful blend of message and sensation.” While Donny Cates (Venom, God Country, Redneck) adds, “Not just good, but important. A haunting shot across the bow of the worst the internet has to offer. A stunning and electric debut.”

"'No. 1 With A Bullet' found a way to tackle tough subjects like sexual exploitation and cyberstalking and craft a suspenseful thought-provoking crime thriller out of it. Semahn, Corona, and Hickman have shed light on all-too-common real-life horrors through the lens of comics creating a powerful story that's timely and emotionally charged."- Enrique Rea (Spartantown.net)

NO. 1 WITH A BULLET takes a critical and highly relevant look at today’s social media status quo. A world where technology has integrated itself so completely into everyday life that nothing is safe from online scrutiny and, by effect, the dark depths that our digital lives can bring.

NO. 1 WITH A BULLET from Image Comics is available in stores and digital platforms on June 6th.