This comic is 25 years in the making and will be awesome! 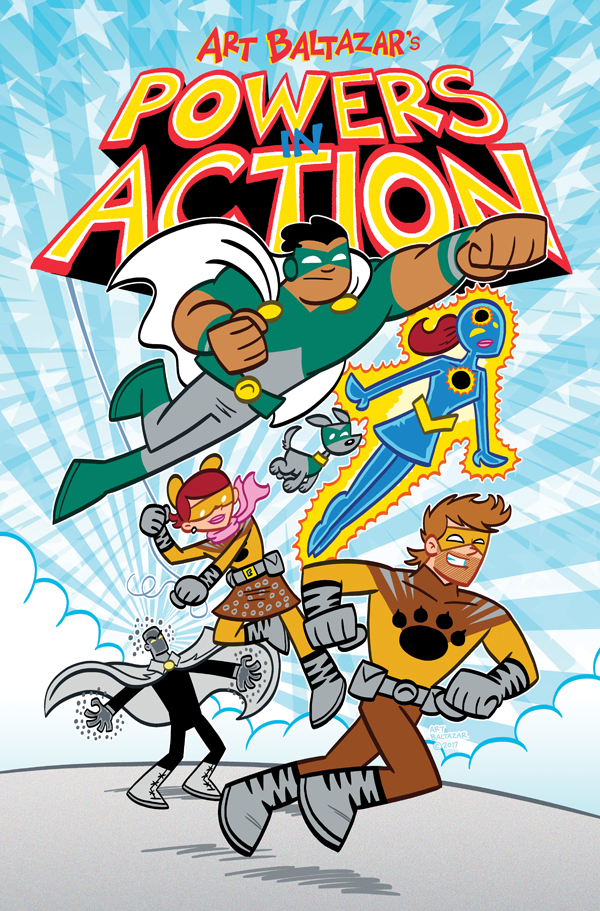 The year was 1986… when Art Baltazar created his first Super Heroes. Before TINY TITANS. Before ITTY BITTY HELLBOY. Before the AW YEAH COMICS shops. Before the indie hit sensation PATRICK THE WOLF BOY. Even before Artie’s first self-published work THE CRAY BABY ADVENTURES. There was POWERS IN ACTION!

Based on the super hero comics of famous cartoonist Art Baltazar, created in 1986 when he was 17 and in high school, originally called IMAGES OF ART, these classic tales and characters are getting a redesign and story retellings. Updated by Art Baltazar with over 25 years of cartooning experience for a brand-new never before seen audience! WHEW! 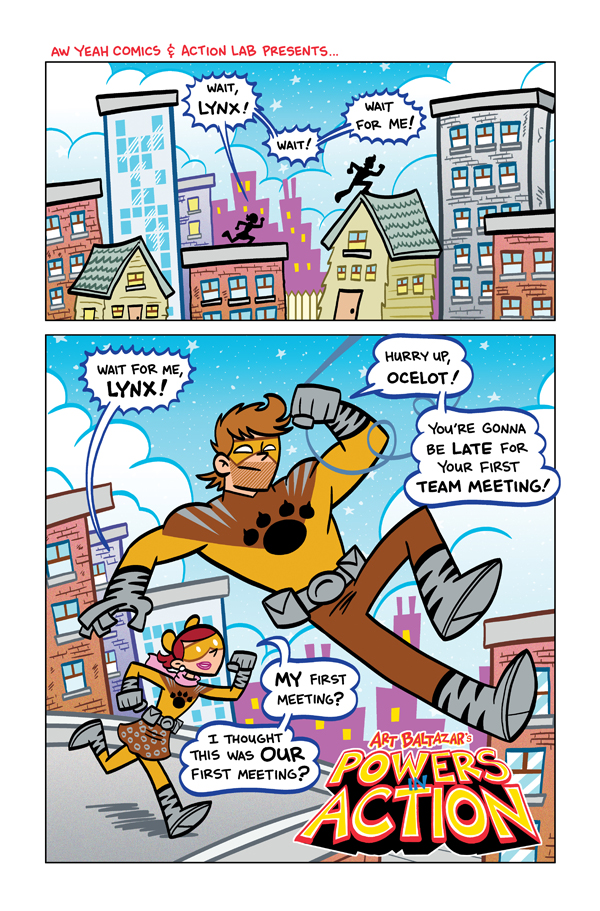 Join us on this bold adventure as LYNX brings his sister, OCELOT to join the super team in their first meeting. Let’s hope there are no delays along the way in the form of SUPER VILLAINS! Oh no! Looks like our heroes may have work to do before they even join the team. Will these cat-heroes fit in with the members of the HERO SQUADRON?  Their mysterious leader thinks so.  Who else is on the team, you ask? Meet…SUPLEX! ECLIPSE! The Alien ENORMUS! And their leader MOON! Bold adventure awaits! 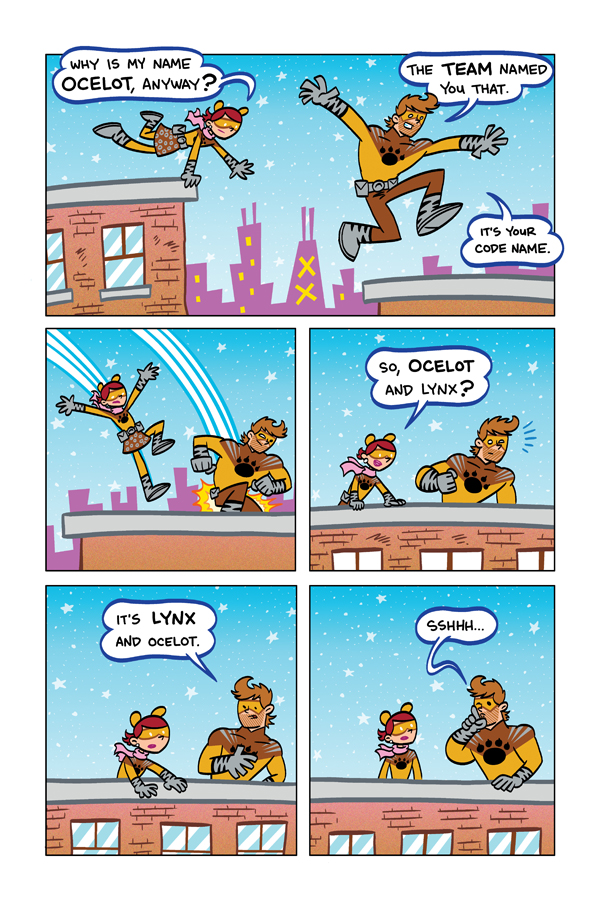 But where there are heroes, the villains are not very far. Who is the mysterious DARKSTORM? What’s up with the destructive BOT? And who is that alien trio? And why do they have the same powers as SUPLEX? It begins here! 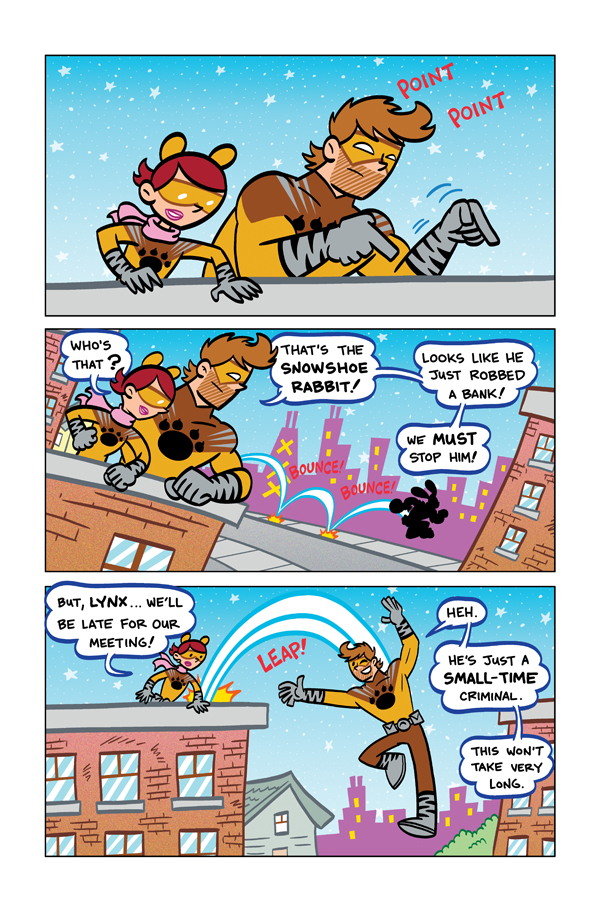 The first 4-issue story arc of POWERS IN ACTION introduces you to the next dimension of the AW YEAH UNIVERSE! The super-heroic bold adventure of cartoony super hero all age awesomeness that only Art Baltazar can bring! 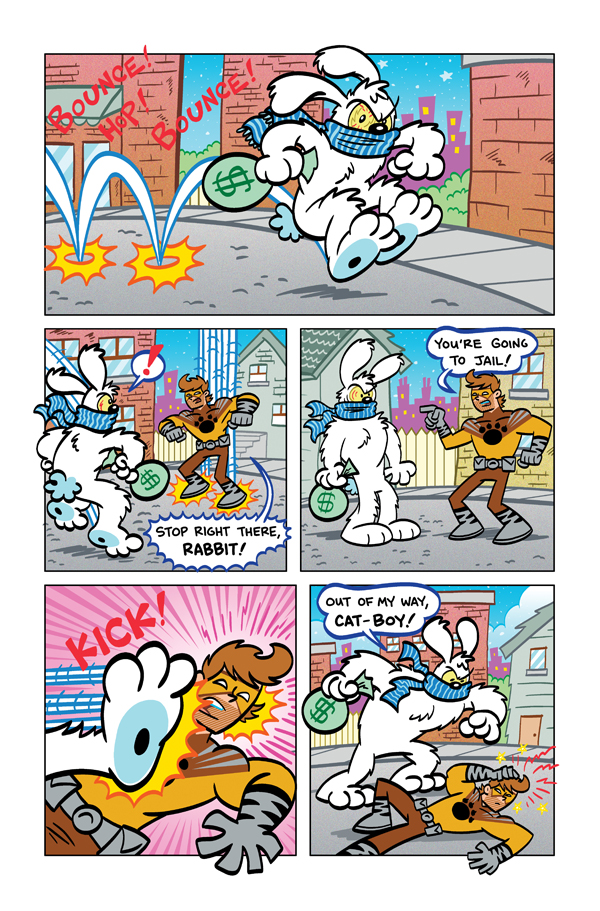 The first issue of POWERS IN ACTION will be in a comic book store near you on November 28, 2018. Preorder it with the Diamond item code SEP181359.