Coming to you this June from Action Lab: Danger Zone is Banjax, a dark and decidedly wicked superhero noir that pulls no punches, that suffers no fools, that repeatedly gets knocked down, but always gets back up again with a smile. It’s an utterly treacherous comic dance that has already been banned in three States AND Puerto Rico. 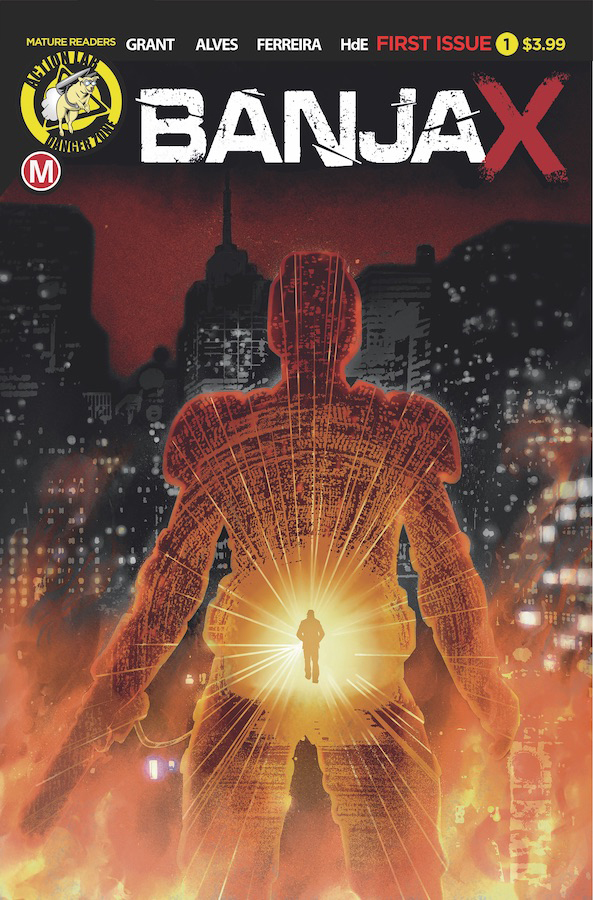 Disgraced former superhero, Laird Mason, is diagnosed with terminal cancer brought on by years of using his powers. Defending what he has deemed an ungrateful and ultimately unworthy city is literally killing him. With just months to live and a legacy hanging in the balance, Mason launches a violent and misguided Death Wish-like campaign to purge the city of scumbags before he dies.

When things get really ugly, Mason’s measured and deliberate former sidekick, Abel Raines – the public’s current point-and-wink superhero ideal – is tasked with bringing his old mentor in. The issue? Raines isn’t remotely up to the task.

Banjax is a “two-hander,” a story with duel protagonists. The odd issues are told from Mason’s point of view, the even issues from Raines’. “It’s very much like Rashamon or Showtime’s The Affair, in that we’re never quite seeing exactly what happened,” says Grant. “We’re always experiencing an unreliable narrator’s very prejudiced version of what went down. The reader is presented with each wildly flawed man’s overly slanted take on things and is ultimately left to decide for his/herself what actually occurred.”

But the narrative rollercoaster ride doesn’t end there. Grant adds, “I’m constantly playing with time in Banjax, telling the story out of order. This series is full of experimental elements. There is an entire issue told from the point of view of a man literally going mad because he hasn’t slept in seven days. He’s seeing things. We don’t know what’s real and what isn’t. The psychological state of our protagonists heavily influences every element of this book. Artist Fábio Alves and colorist Edson Ferreira are doing some remarkably inventive work here. I can promise you that Banjax isn’t your garden-variety book. We’re going out our way to present something very different here, something challenging.”

Well, count us in. 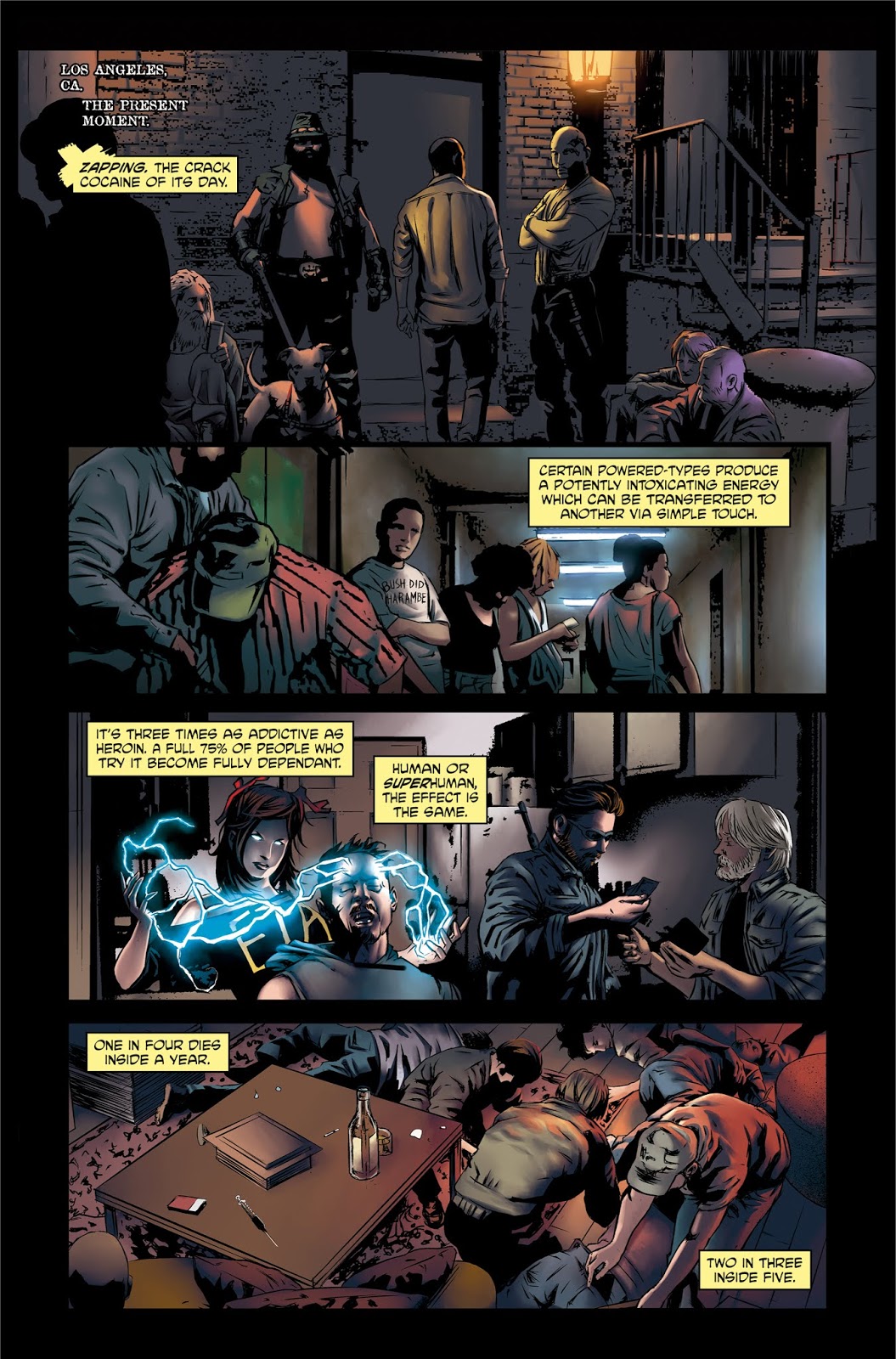 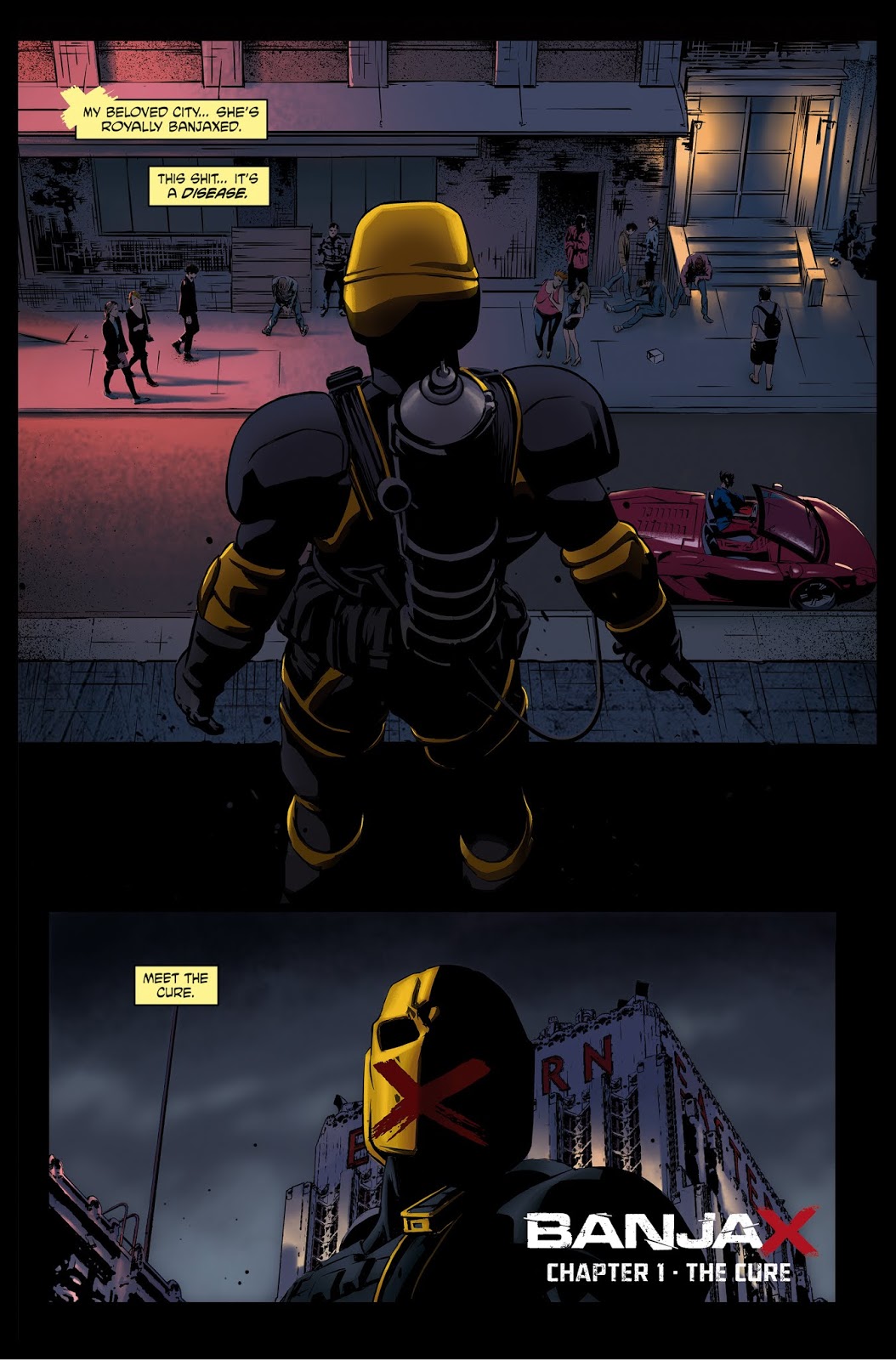 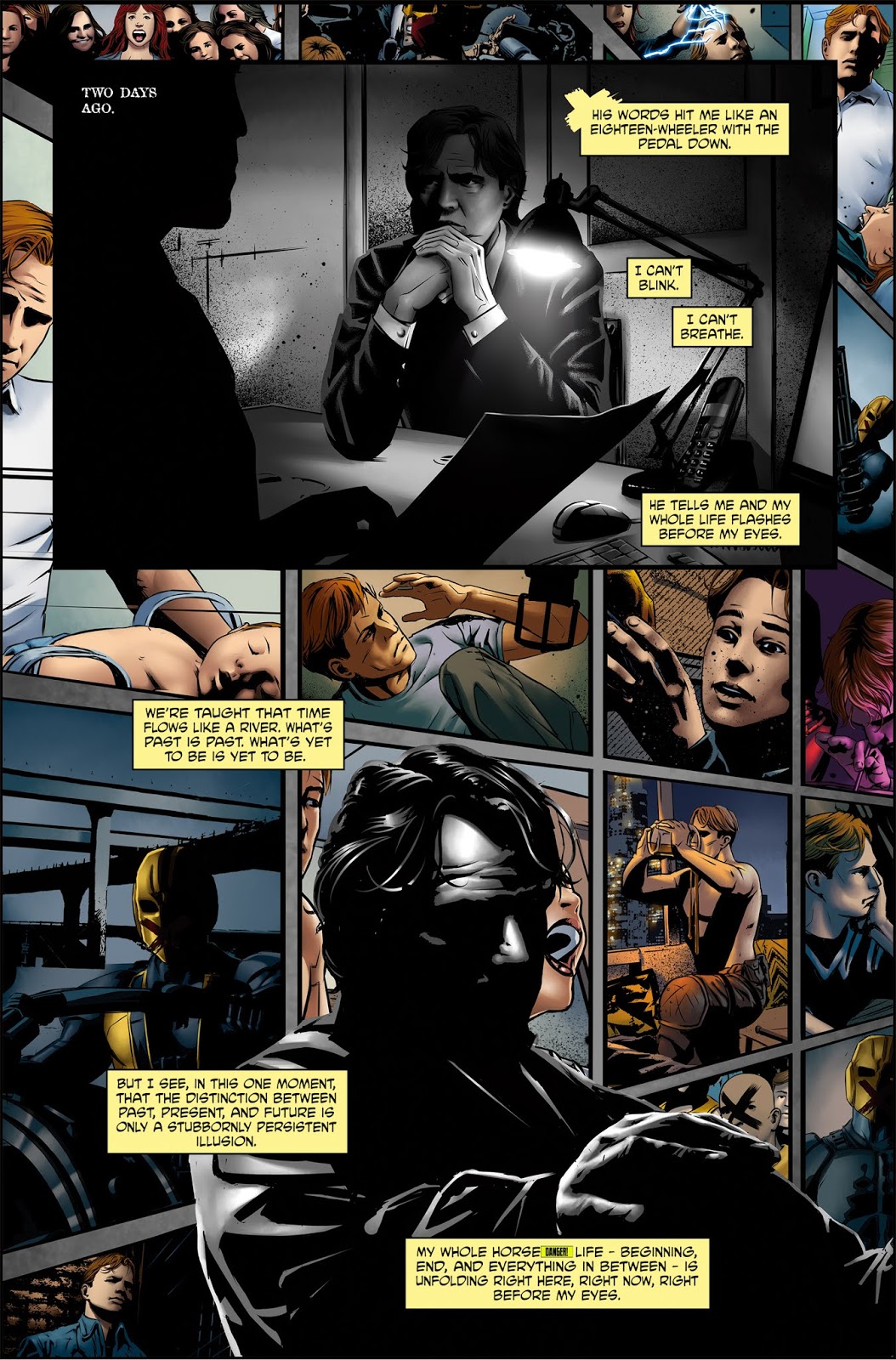 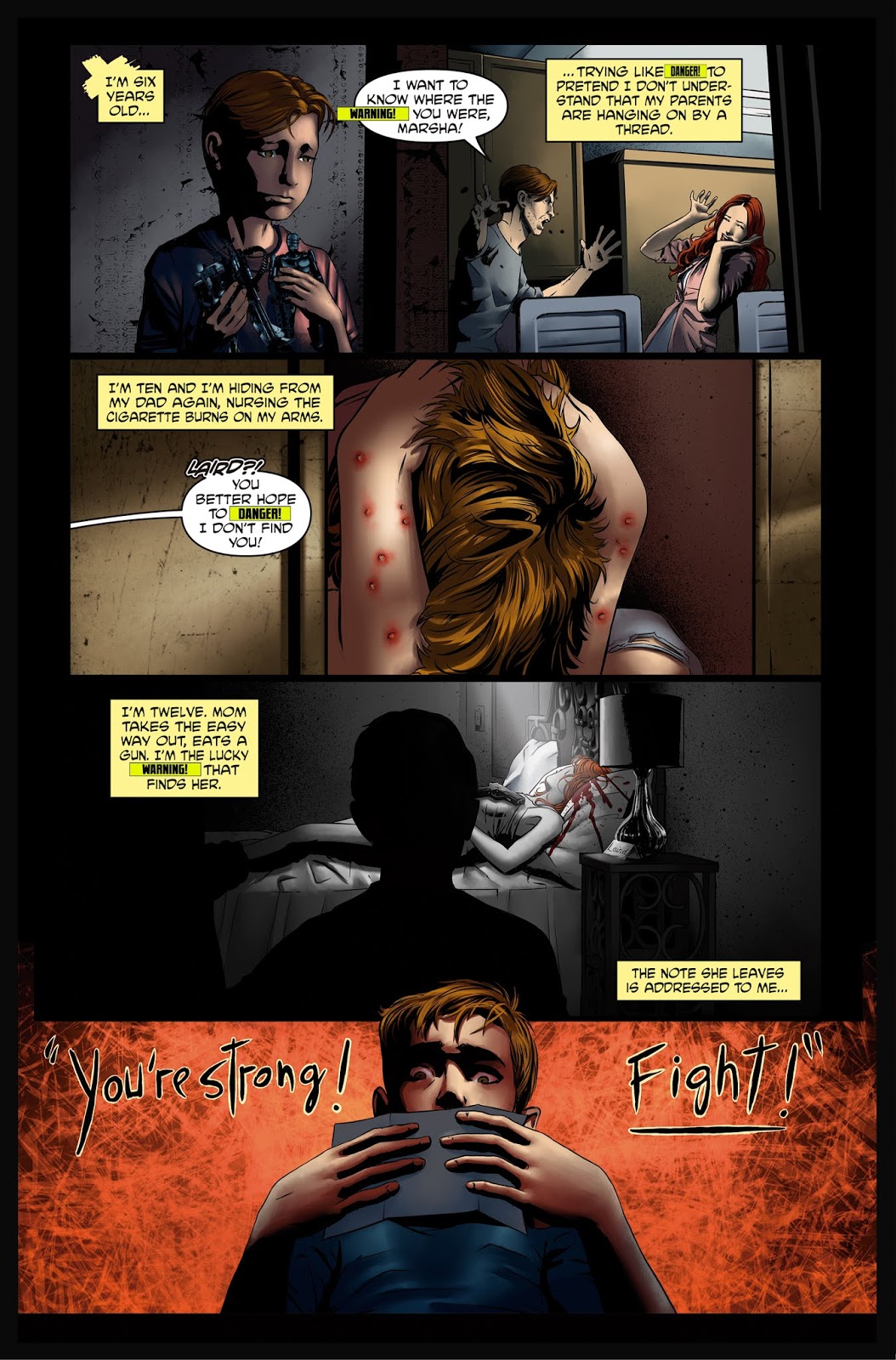 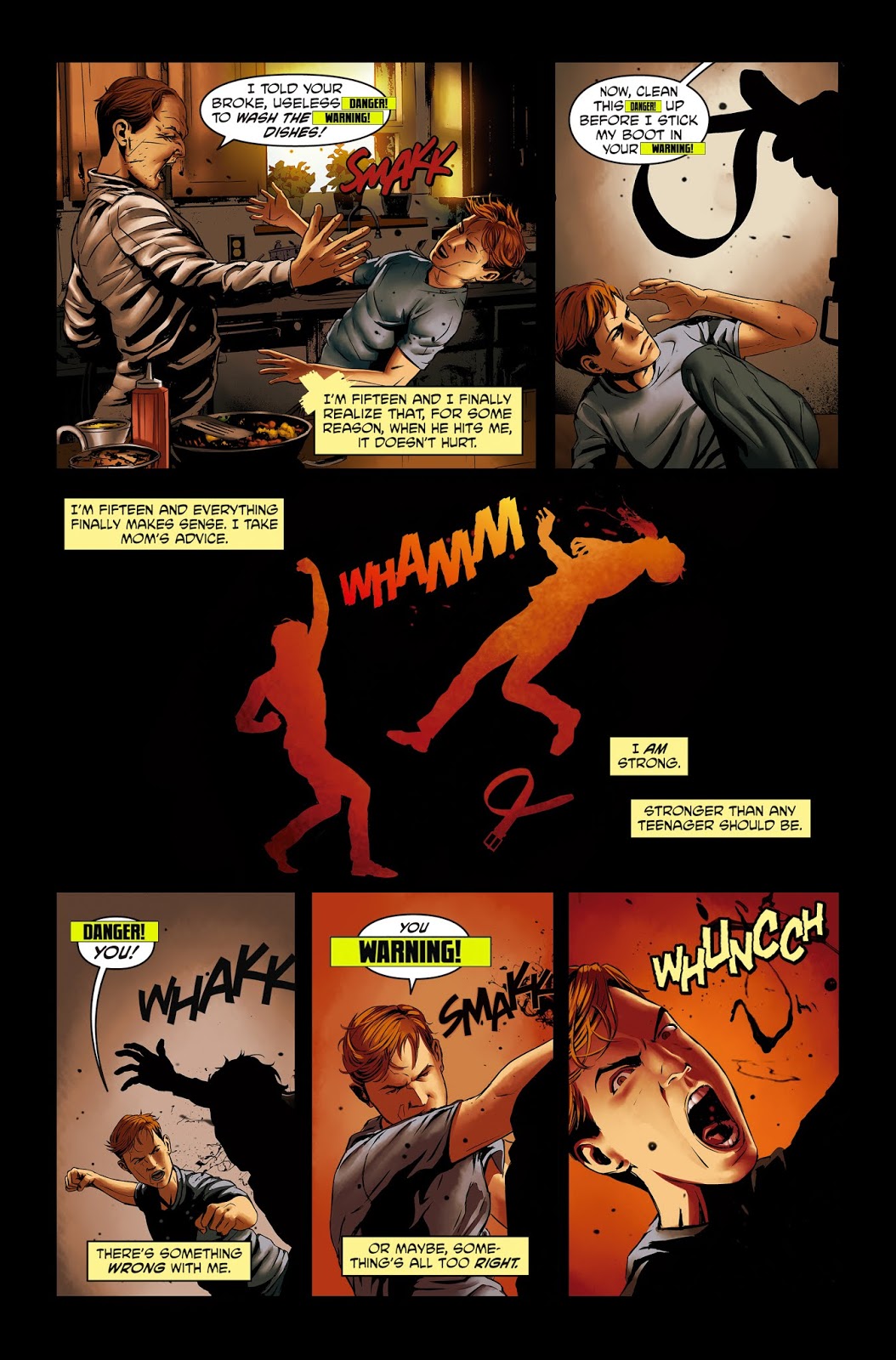 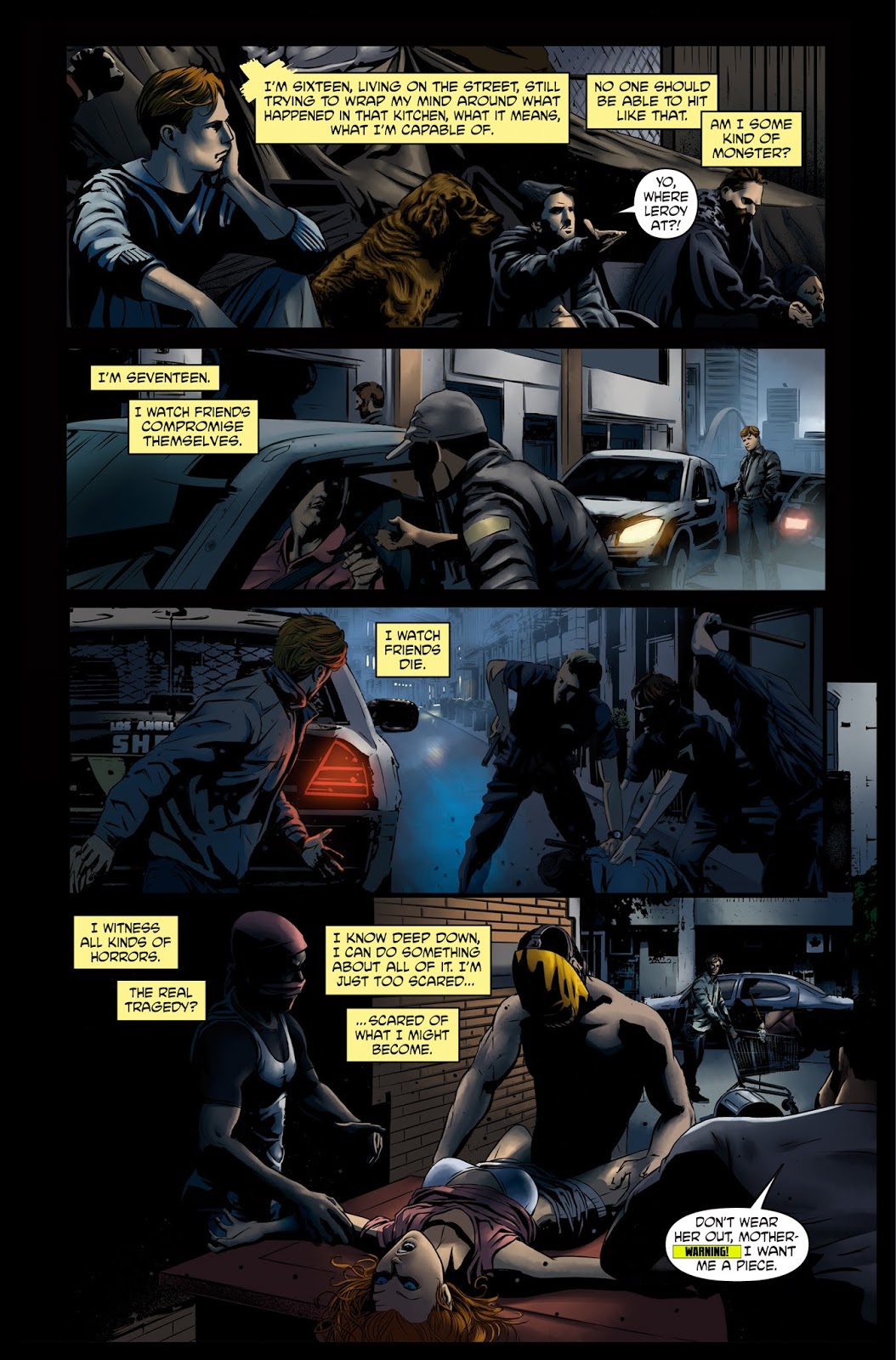 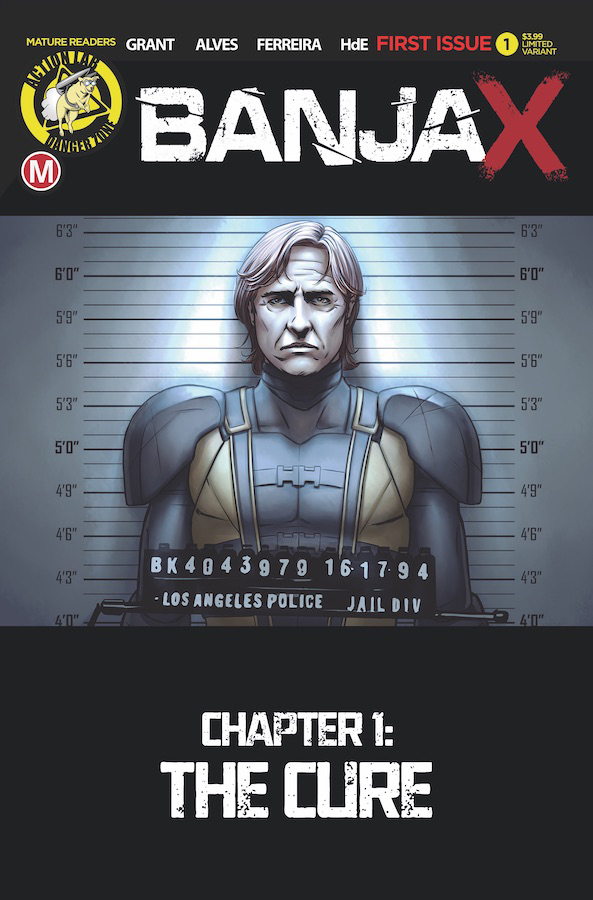