David, a U.S. Army Special Operations Commander, distraught after losing his entire unit to a superhuman attack, wages an absolutely brutal one-man war on the eccentric billionaire and former superhero, Lance Cordrey, whom he believes is ultimately responsible. That is until Nelson Little, the head of a clandestine paramilitary outfit called Article 13, presents David with evidence that Cordrey may be a patsy, and David’s men were killed as part of a vast and twisted government/military conspiracy. 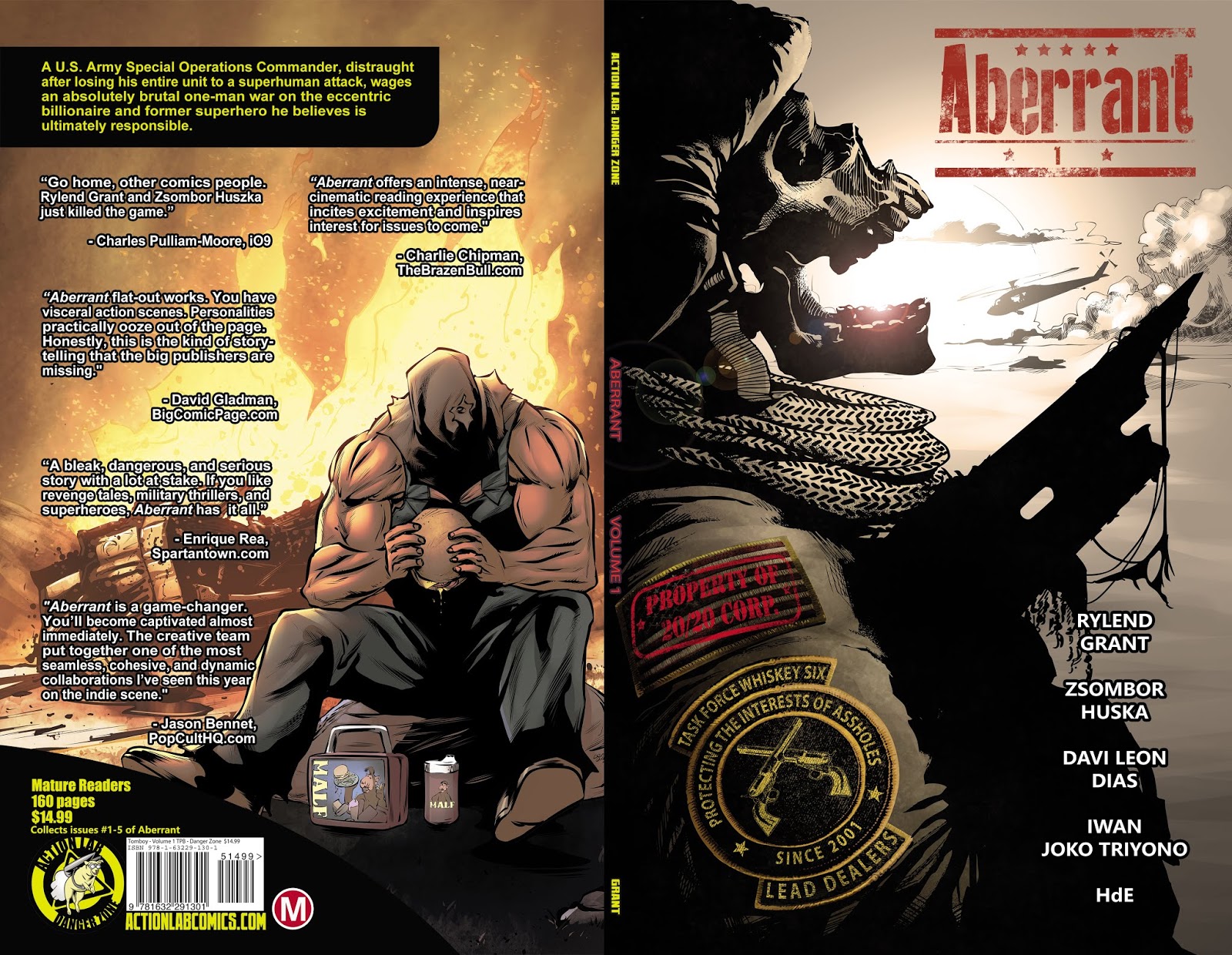 Armed with this new information, David must dismantle the machine of said conspiracy piece by human piece while coming to terms with his own mysteriously emerging superpowers and wrestling with sincere doubts about Little’s trustworthiness.

"...a bleak, dangerous and serious story with a lot at stake.... If you like revenge tales, military thrillers, and superheroes, 'Aberrant' has it all." (Spartantown) 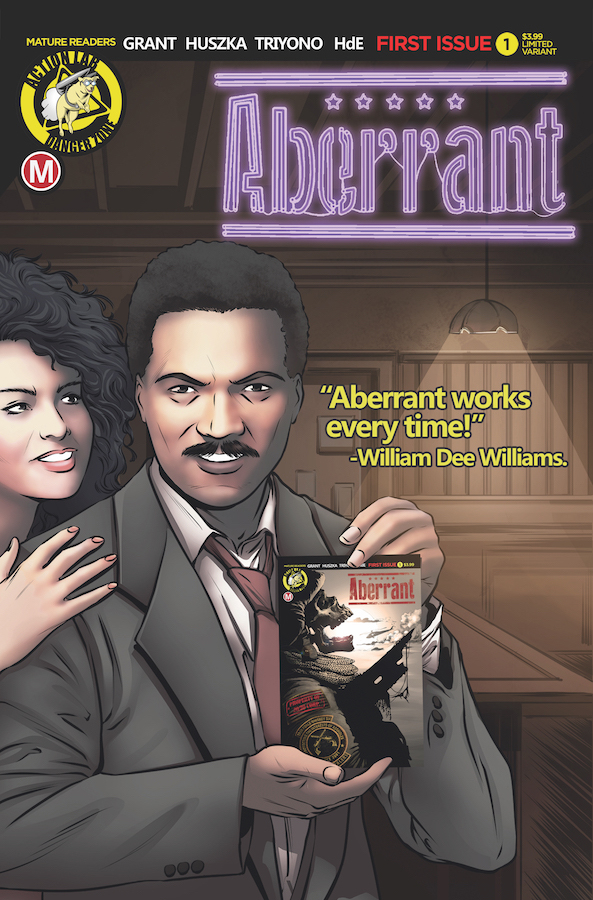 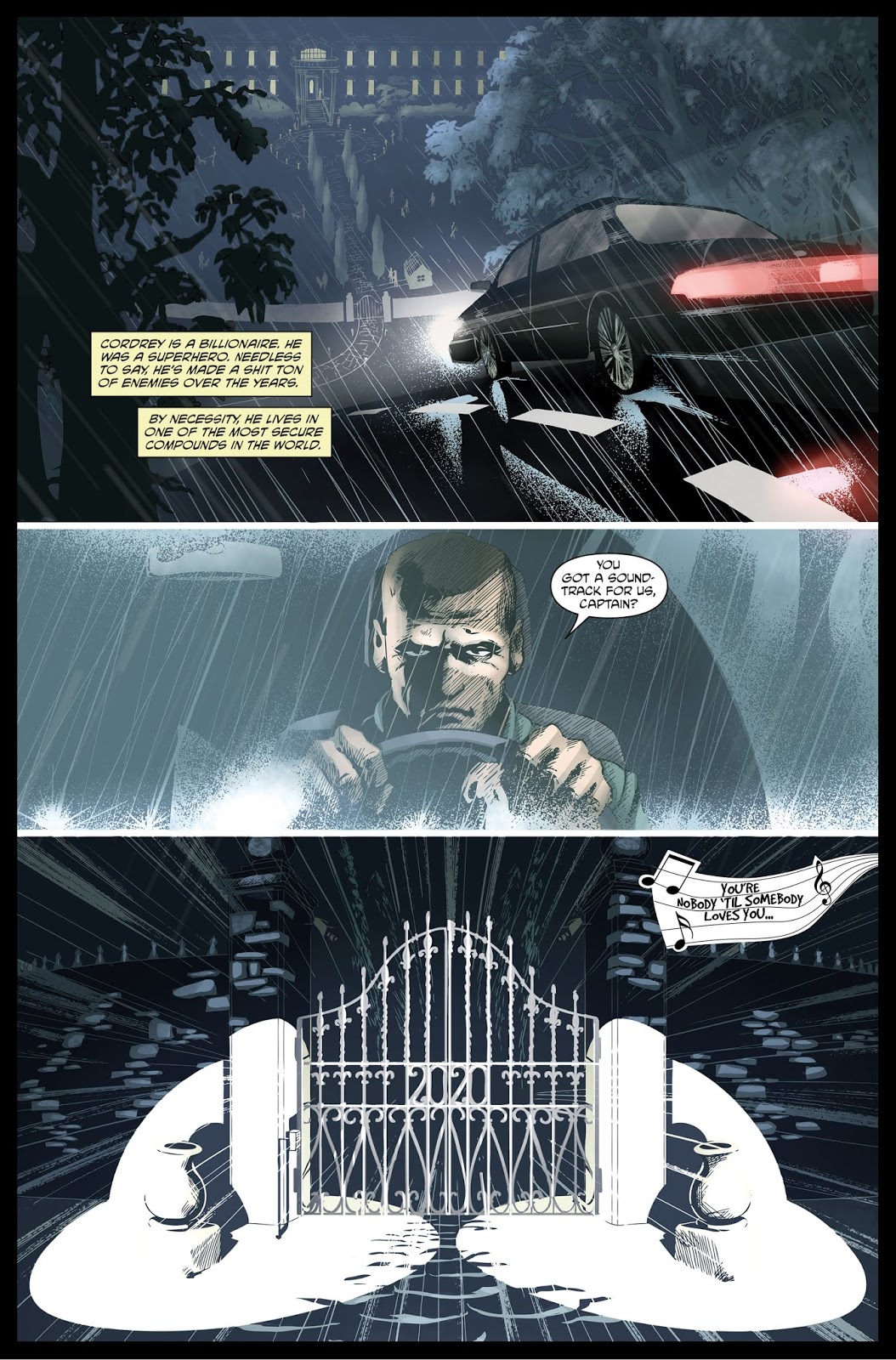 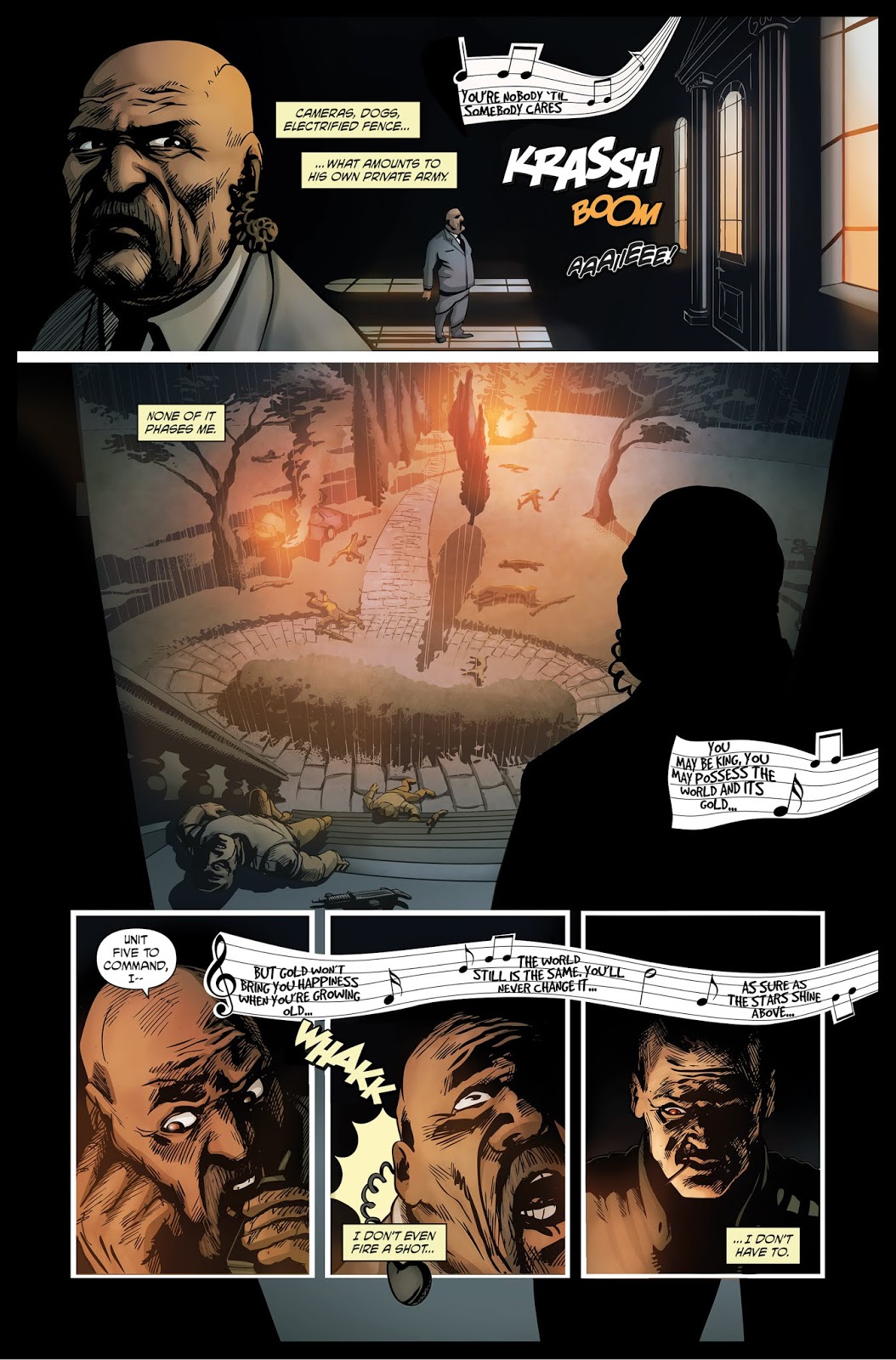 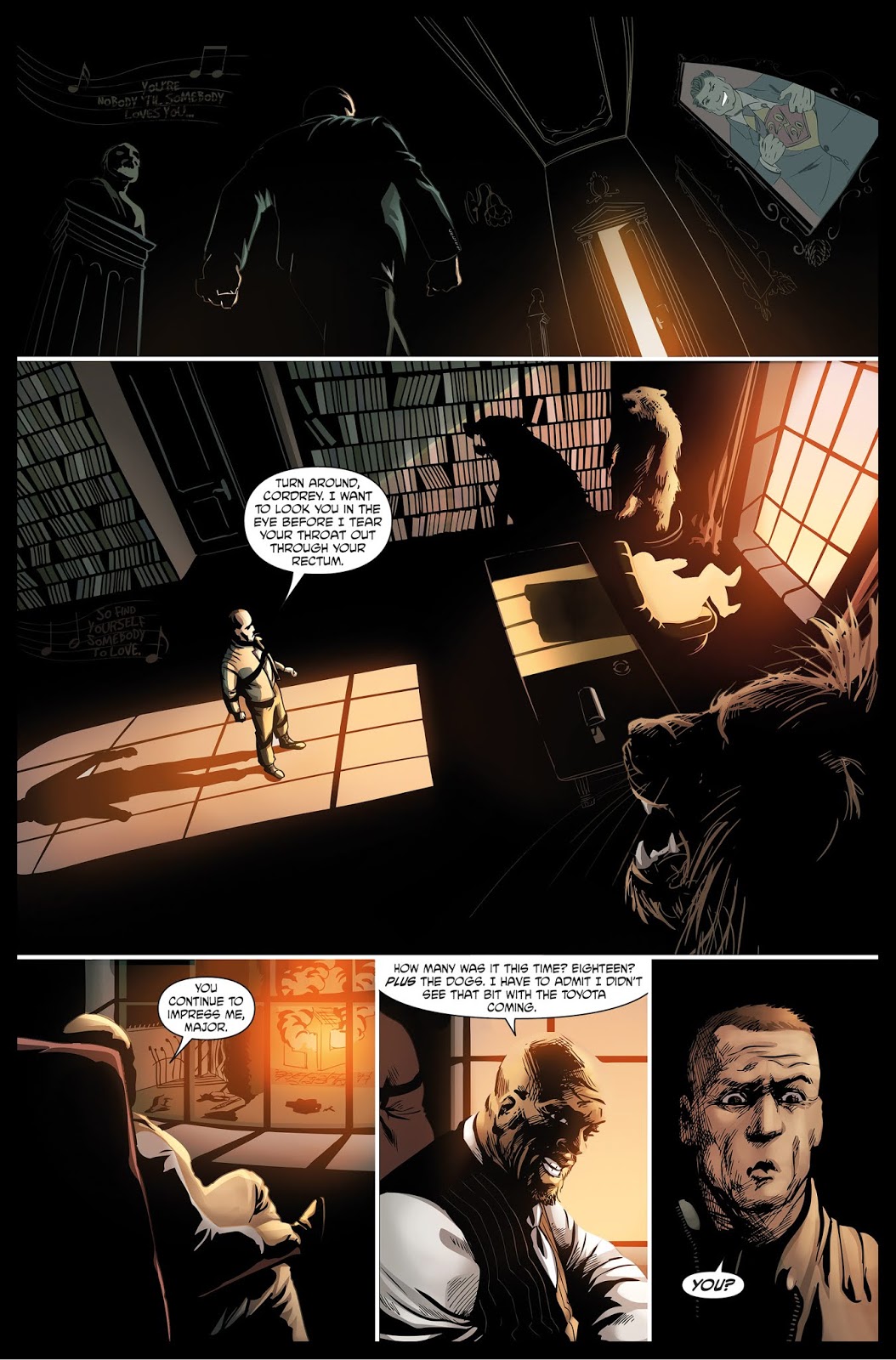 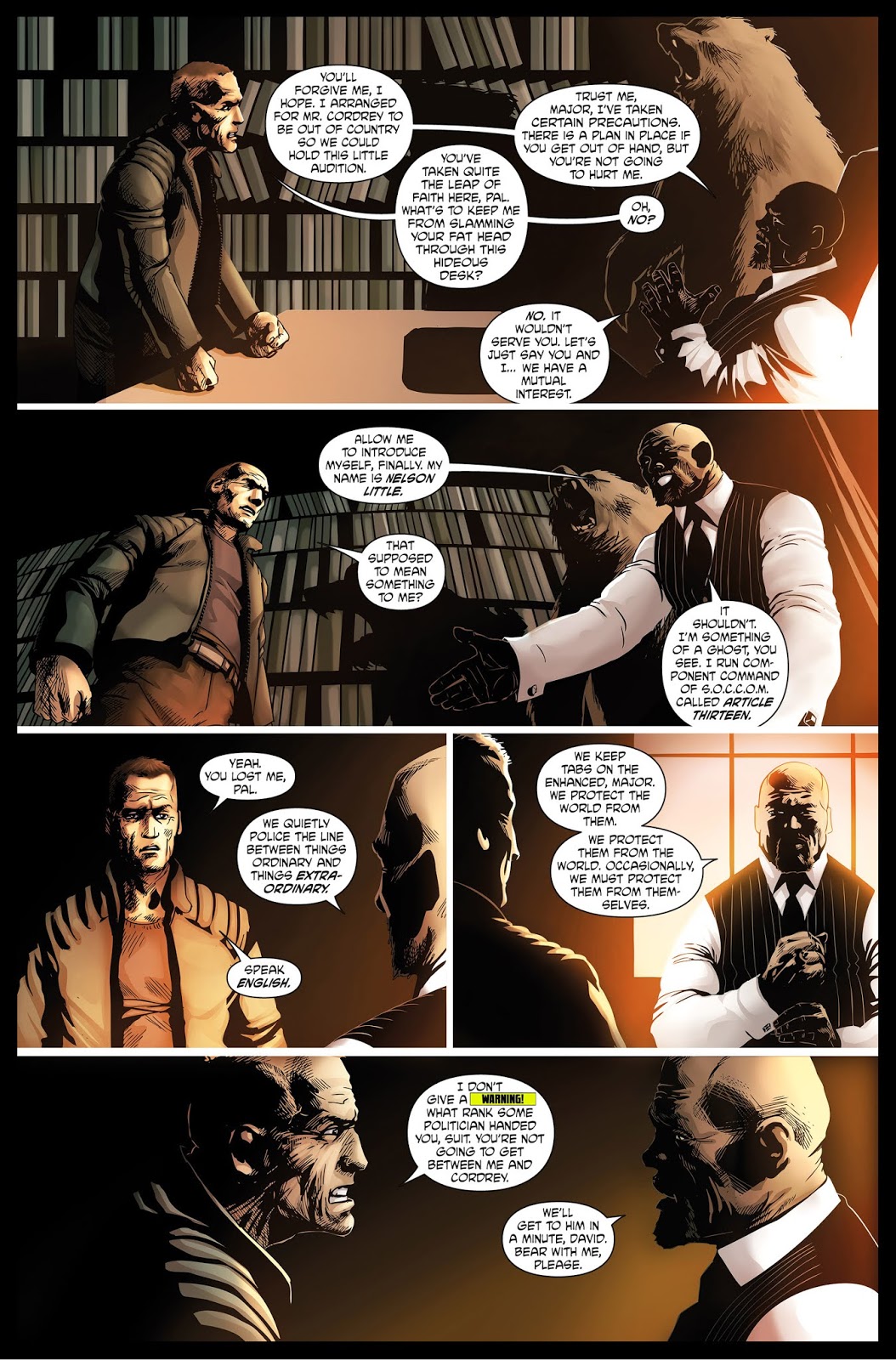 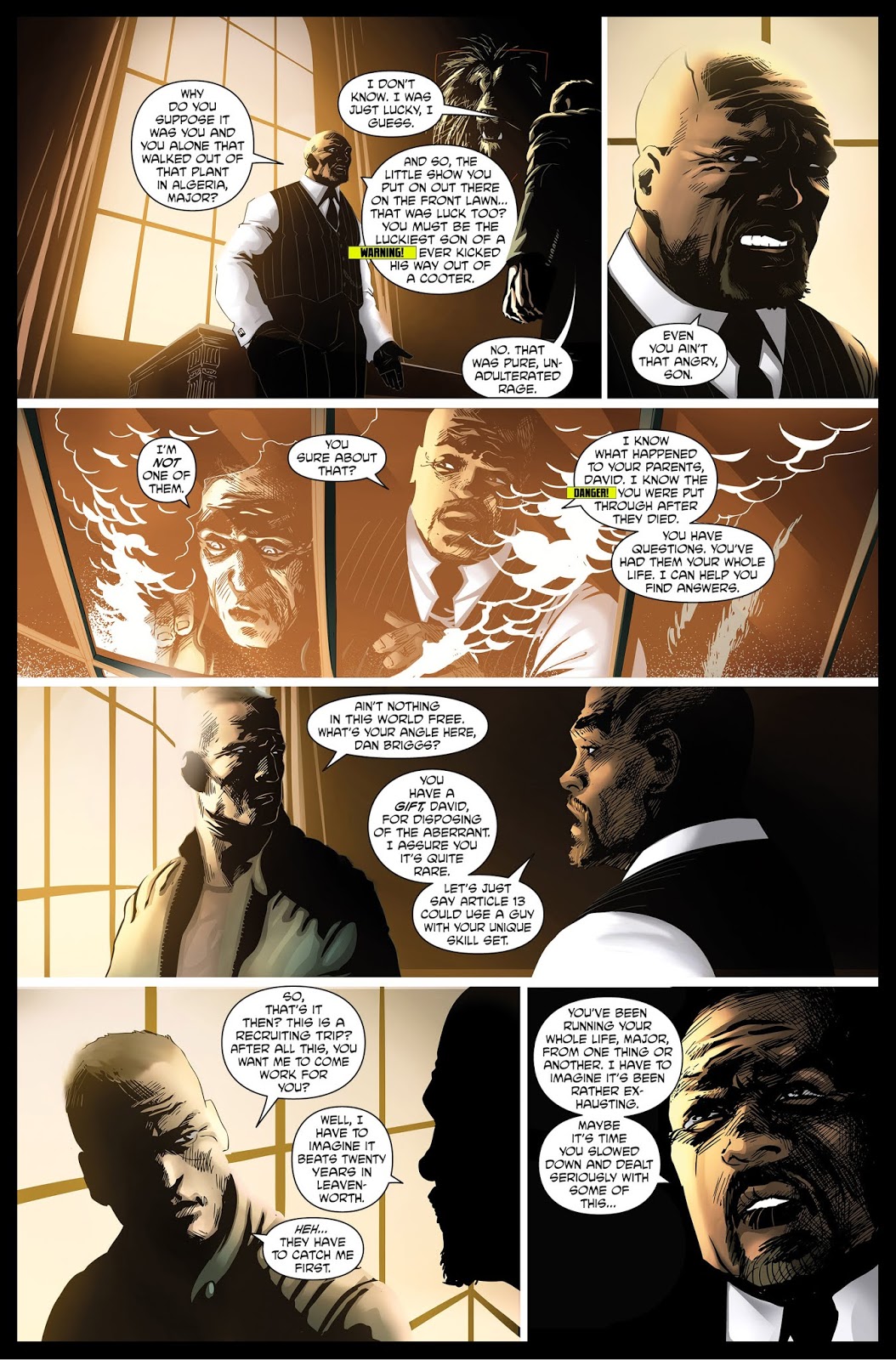 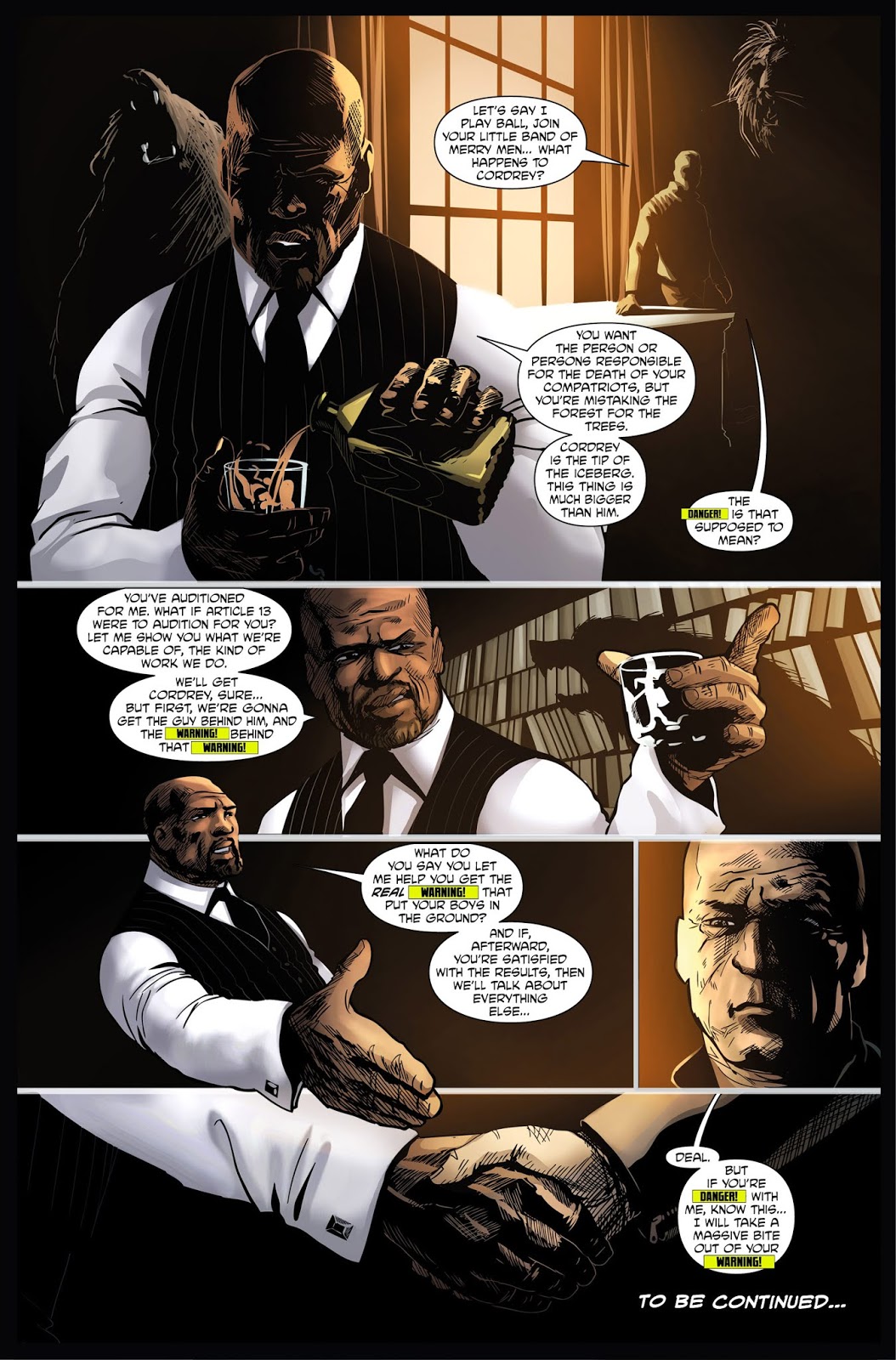 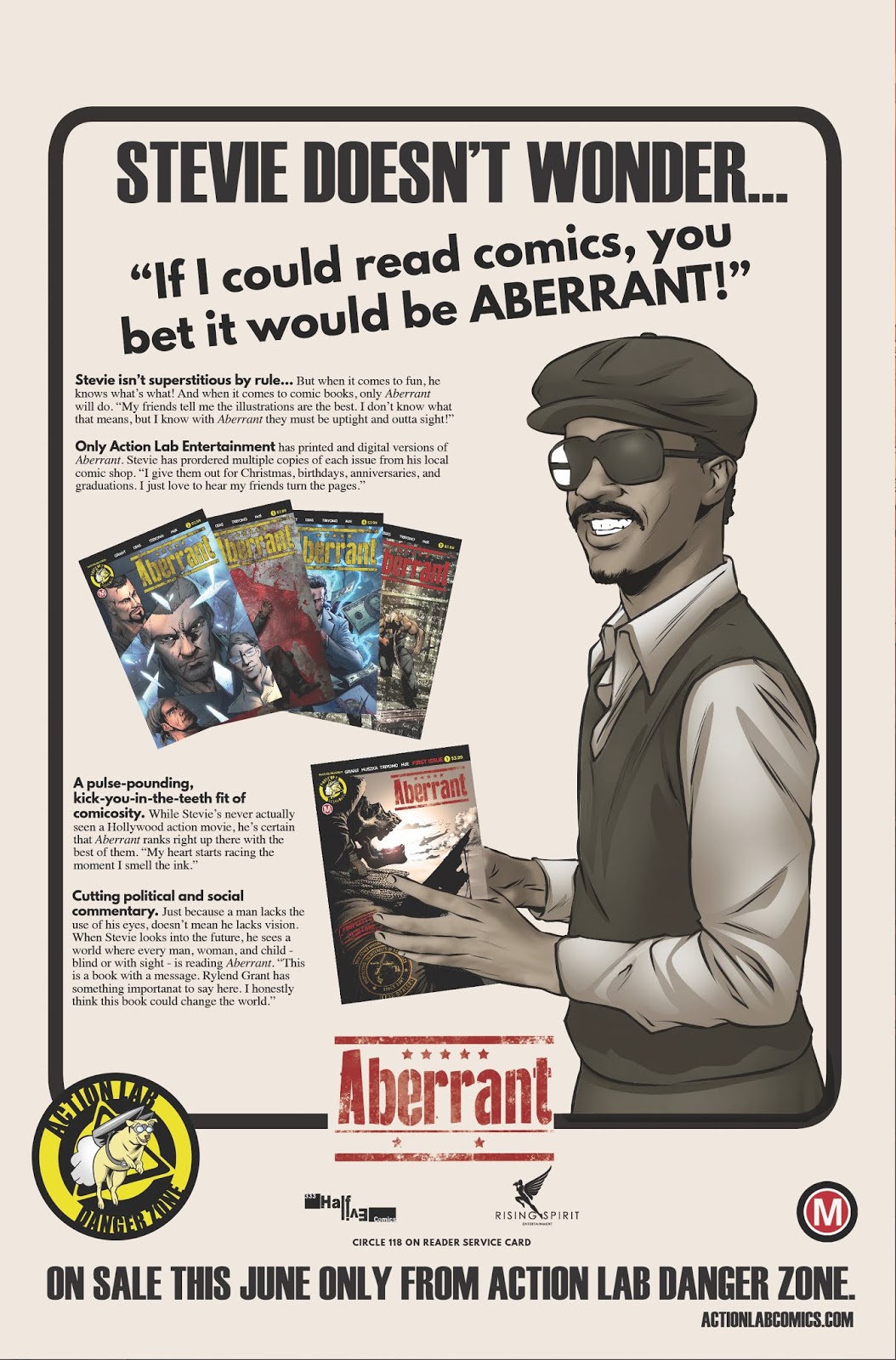 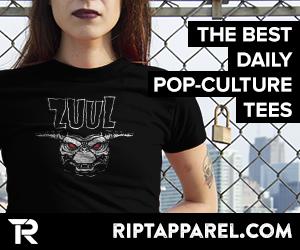