Long overdue history in the making! Dynamite's two flagship heroines are teaming up in a new ongoing series starting in September, written by the multitalented and Eisner-winning Jordie Bellaire (Buffy The Vampire Slayer, Redlands) with art by Drew Moss (Star Wars). 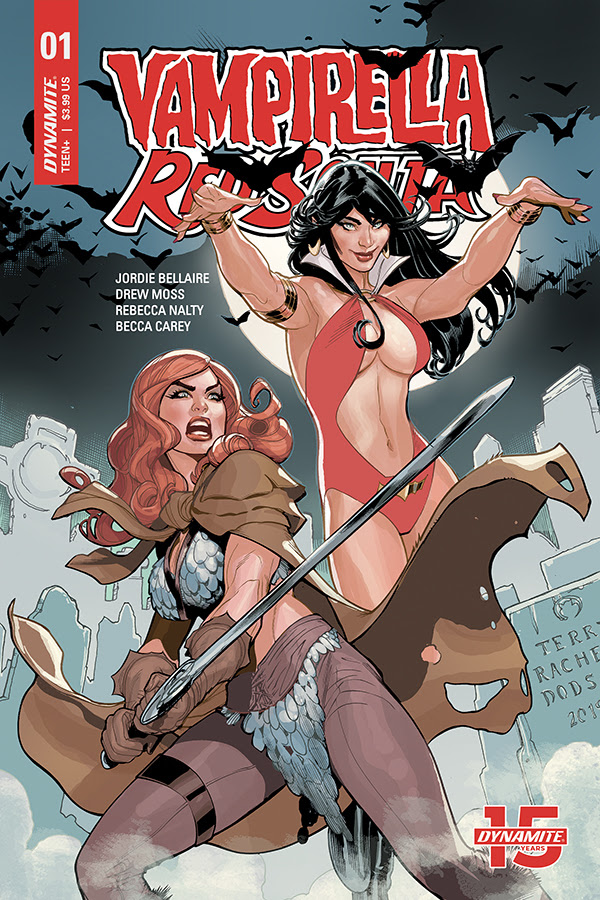 The story starts in 1969, the genesis of Vampirella - timed perfectly with her 50th Anniversary now being celebrated in 2019. Vampi's new to Earth and still adapting to our world. She finds herself attracted to the supernatural and paranormal mysteries of the world. When suddenly she runs across a young Red Sonja, plucked out of time and clueless. The two women set forth on an adventure, collaborating as both detectives and warriors to find out what has happened... only for more space-time shenanigans to befall them! Do not expect any cliché misunderstanding fights, these two Women of Dynamite are working together, no holds barred.

This series marks Jordie Bellaire further flexing her skills as a writer, following widespread acclaim for her smash hit Buffy The Vampire Slayer relaunch and her Eisner-nominated creator-owned series Redlands. This is on top of her prolific continuing career as a colorist on the best selling and most critically acclaimed comics in the industry, including Batman, Deadpool, Vision, Pretty Deadly and countless more. Her unparalleled skill and reputation have so far garnered two Eisner Awards. 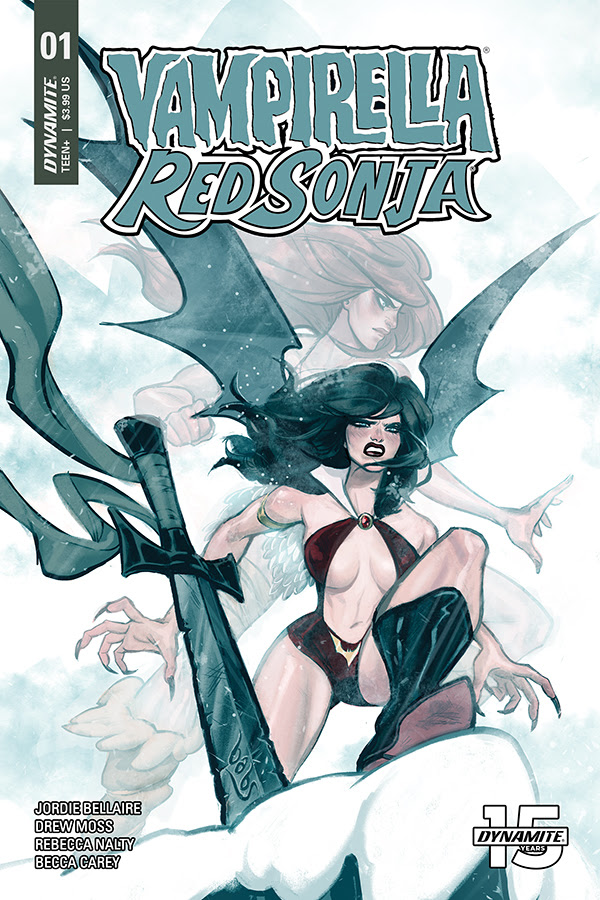 Joining Bellaire and Moss are Rebecca Nalty (Xena Warrior Princess, GLOW) on colors and Becca Carey (Planet of the Apes) on letters. The first issue will feature a range of talented cover artists. Terry and Rachel Dodson (Wonder Woman, Mr. and Mrs. X) lead the pack. Julian Totino Tedesco (Daredevil, Captain Marvel) contributes a fun cover. Babs Tarr (Batgirl, Motor Crush) joins the crew. Jordie herself will color fan-favorite artist Leonardo Romero's (Captain America, Shuri) piece. While interior artist Drew Moss will be doing "Then and Now" covers, depicting his modern style superimposed alongside classic art of the characters such as by Frank Frazetta. Watch out for covers from other huge names on future issues, as creators jump at the opportunity to draw these two characters side by side. 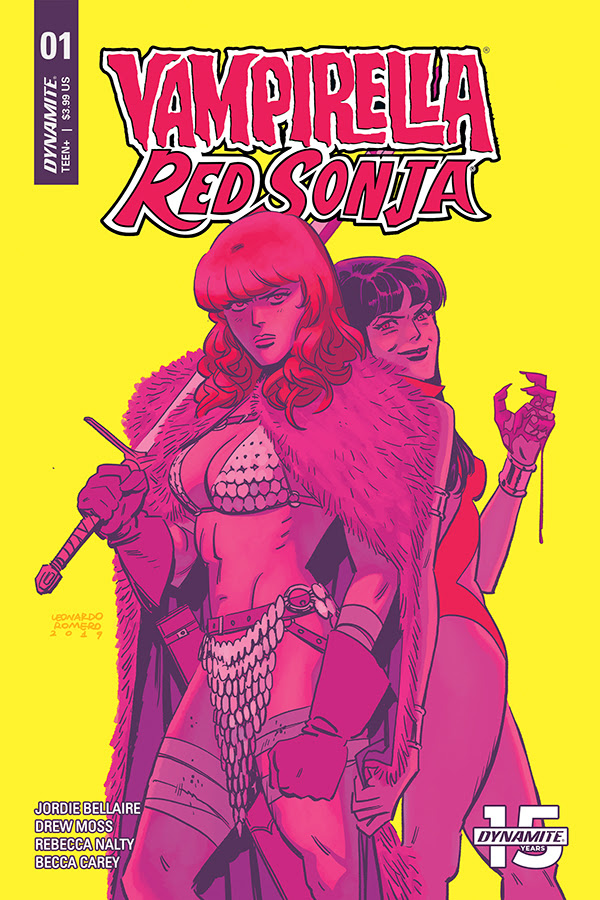 "Vampirella and Red Sonja are like the buddy cop team we never realized we wanted or could have. We’re hoping to stick the landing on something funny, upbeat and mysterious," said writer Jordie Bellaire. "Vampirella and Red Sonja will begin as strangers but soon become fast friends that look to support and encourage the other, all while being comical and maybe slightly murderous. This book has been a pleasure to write and I'm delighted with the team - everyone is bringing something awesome to the story! I'm so happy to be here with them." 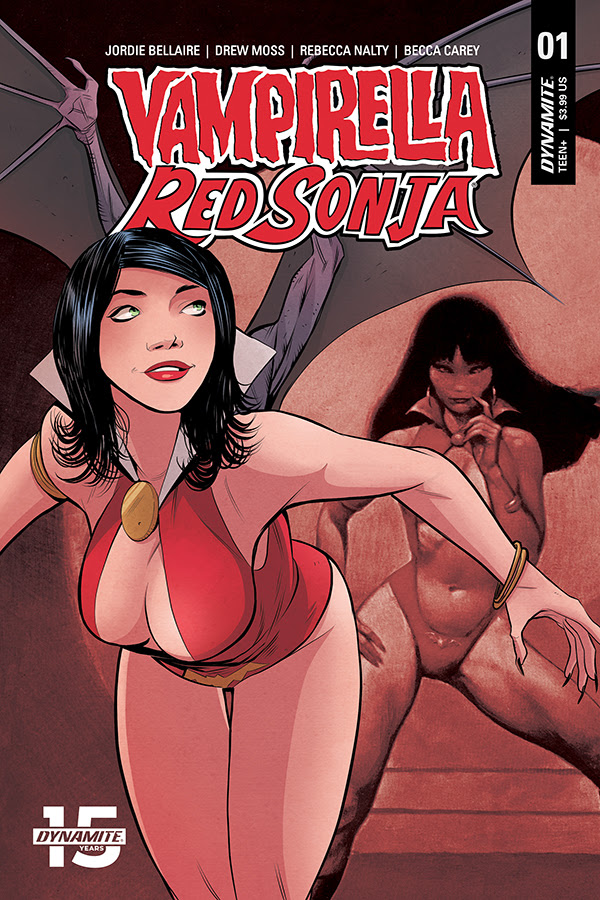 Artist Drew Moss adds, "It has been a joy working with such a talented group of people, from the writing, colors, letters and editorial, they are the best. When I was first offered this book I was intimidated by the characters but when I was told we were just going to tell the best story we could, I knew I had to be a part of it. Every time a script, colors, covers or pages come in, the excitement builds inside me. I just hope people will be as excited as I am." 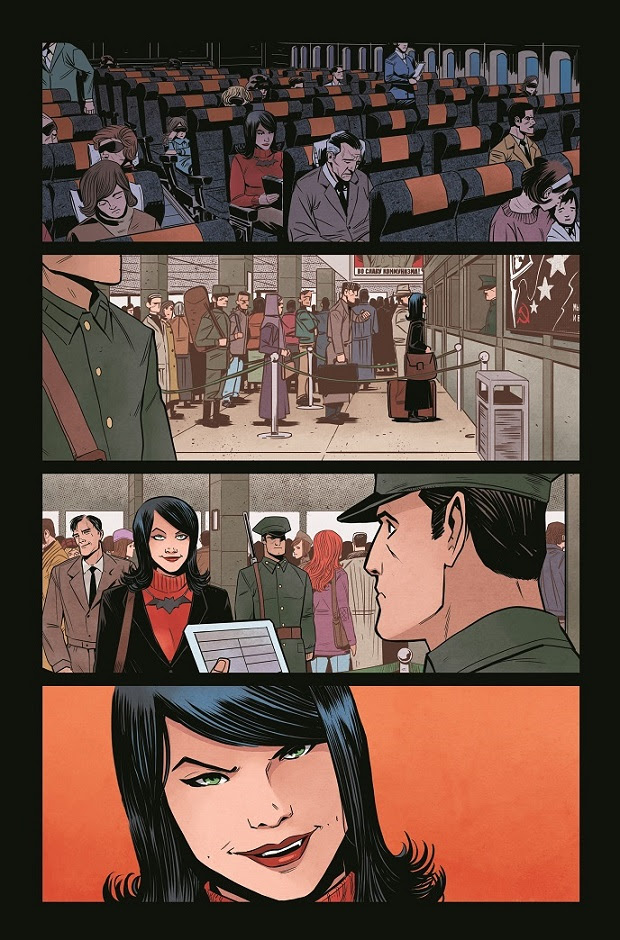 "This is the first time Vampirella and Red Sonja will be together in an ongoing series, and it’s been CRAZY cool to see what Jordie's got planned for the long haul here, and how Drew, Rebecca and Becca are visualizing it," said editor Nate Cosby. "We're delving deep into character and personality with both V and RS, creating a truly special dynamic. And there’s no “VS.” in the title…these two are joining forces to kick the ass of anything and everything that comes their way!" 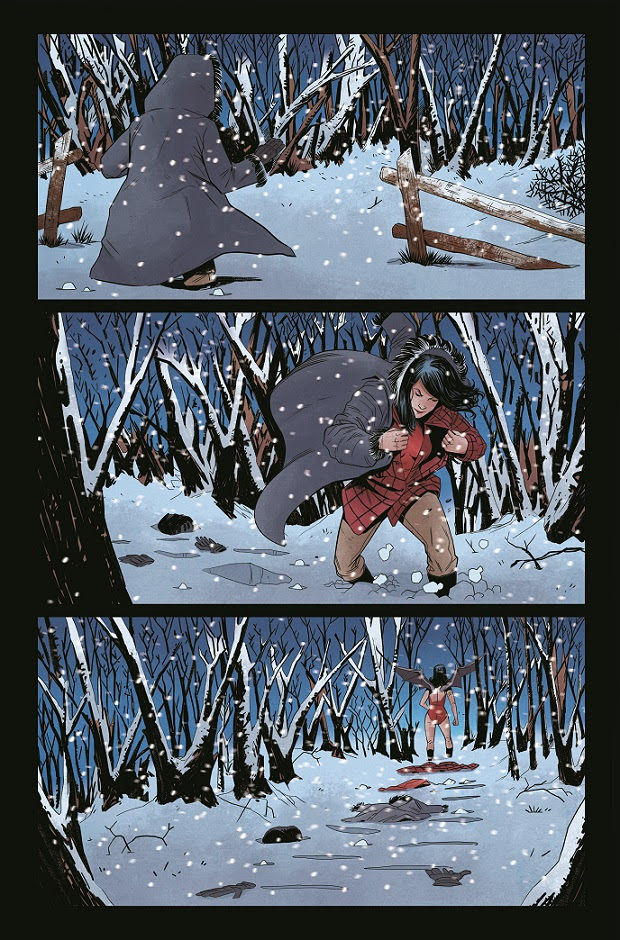 "This series has been a long time coming. We've had many fun crossovers over the years, but needed the right voice to have our two most beloved characters in an ongoing series, and Jordie is just the one! Couple that with Drew Moss and the entire creative team, and this is a winner! An all-star team for our all-star characters," said Nick Barrucci, Dynamite CEO and Publisher. "We're incredibly proud to have Jordie on this and watch with fans as she continues to blow everyone's socks off with her writing!" 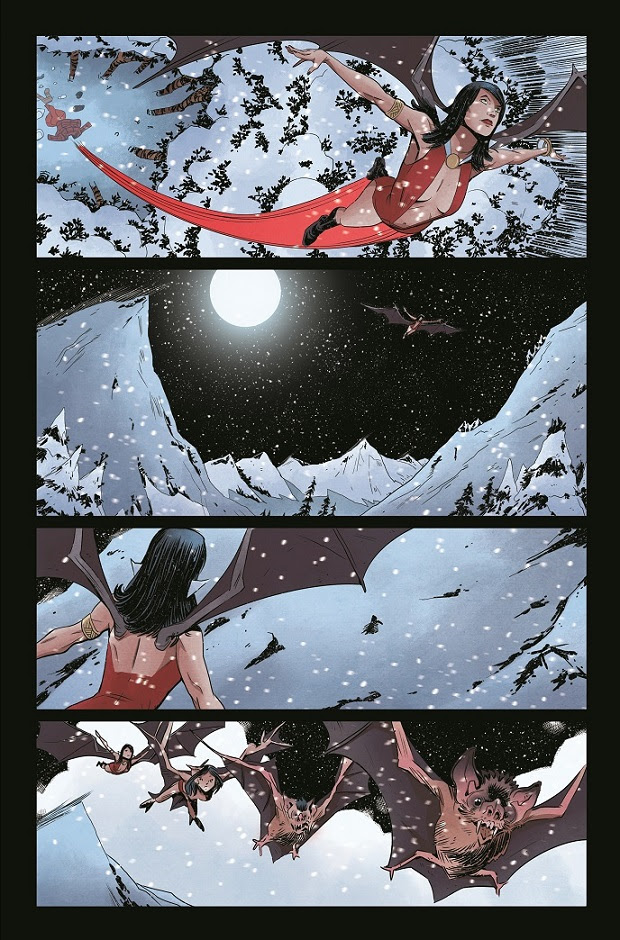 VAMPIRELLA/RED SONJA #1 will be solicited in Diamond Comic Distributors’ July 2019 Previews catalog, the premier source of merchandise for the comic book specialty market, and slated for release in September 2019. Comic book fans are encouraged to preorder copies with their local comic book retailers. It will also be available for individual customer purchase through digital platforms courtesy of Comixology, Kindle, iBooks, Google Play, Dynamite Digital, ComicsPlus, and more!