It’s a battle for the Green that is likely to leave a lot of people black and blue in this frantic first look at this week’s 'Harley Quinn and Poison Ivy' #2. 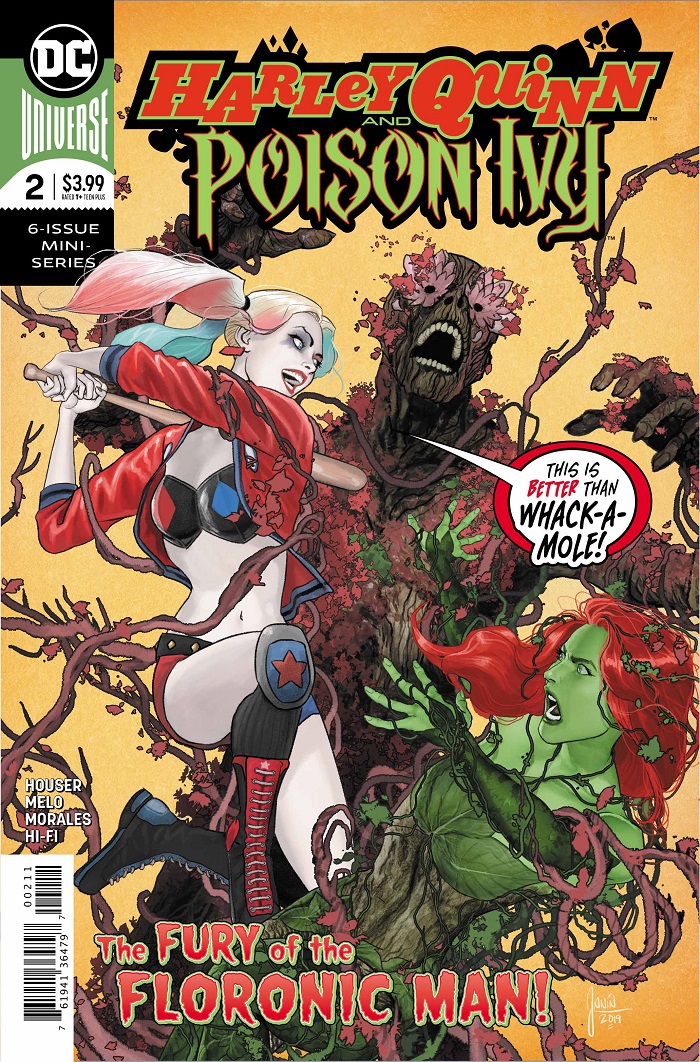 Harley Quinn thought she had lost her soulmate Poison Ivy during the events of Heroes in Crisis and she…um, didn’t handle it very well. So, how do you think she’s going to take someone threatening Ivy a few weeks after she gets her back?

If you’re thinking that’s likely to go over about as well as a mallet to the skull, you’re on the right track as we quickly discover in the second issue of Harley Quinn and Poison Ivy, the new miniseries spinning out of Tom King’s recently collected title. Dr. Jason Woodrue, perhaps better known these days as the Floronic Man, has shown up mere moments after Ivy started feeling more like her old self—thanks to one of Lex Luthor’s mysterious “gifts”—but he’s in no mood to congratulate Ivy on her recovery. Rather, he sees the Gotham City siren as the very thing that will allow him to finally take control of the Parliament of Flowers. Unfortunately, for that to happen, he’ll have to eat Ivy.

I mean, they say we should be moving to more plant-based diets, but I’m not sure this is the best way to go about that. Especially since Harley’s not likely to react well to seeing someone important to her that she just got back from death eaten by a creepy, bark-faced psychopath with a weird name. As for Ivy, she’s not about to go down without a fight either, and she’s now stronger than ever before as we discover in this bruising, branching preview of Wednesday’s Harley Quinn and Poison Ivy #2.