Oni Press announced the publication of the next book by Strange Fruit: Uncelebrated Narratives from Black History creator Joel Christian Gill, detailing his upbringing and relationship to the violence that surrounded it. 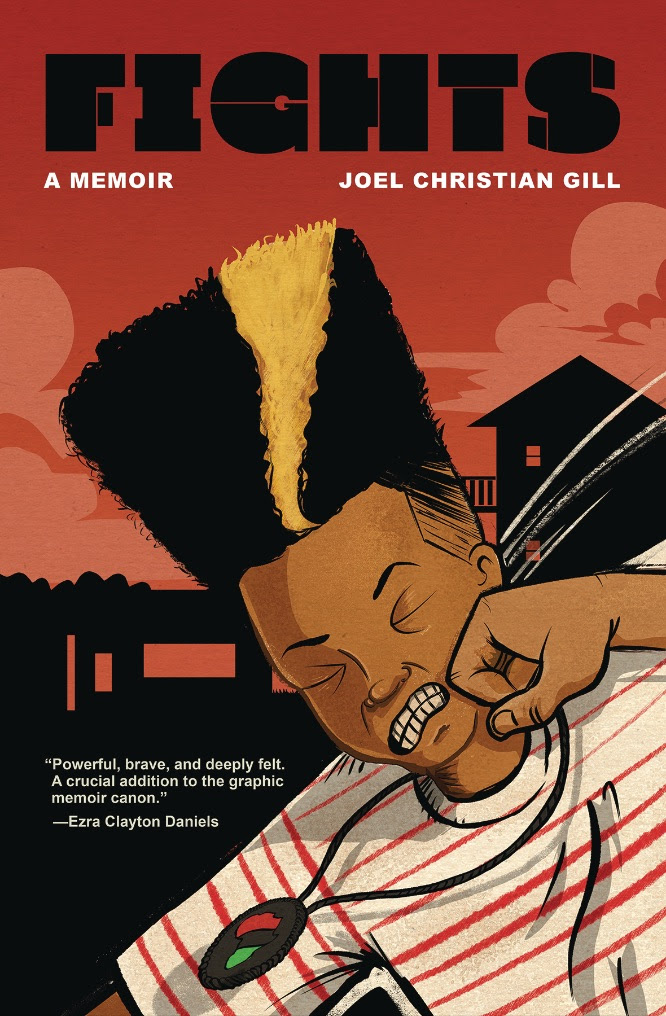 Fights: One Boy’s Triumph Over Violence is Joel Christian Gill’s visceral and deeply affecting memoir chronicling his youth and coming of age as a poor Black child in a chaotic southern landscape of rough city streets and foreboding backwoods during the crack cocaine boom of the 1980s.

“Oni is incredibly proud to include Fights: One Boy's Triumph Over Violence as a lead title in our 2020 slate” says senior editor Shawna Gore. “Joel tells his story with astonishing nuance and clarity--the story of the troubled and conflicted boy he once was, told by the brave and compassionate man he became. Fights is an important and imposing book, both in size and what it aspires to reach in its readers.”

Propelled into a world filled with uncertainty and desperation, young Joel is pushed toward using violence to solve his problems by everything and everyone around him. But fighting doesn't always yield the best results for a confused and sensitive kid who yearns for a better, more fulfilling life than the one he was born into.

This must-read memoir arrives in finer bookstores and comic shops in January 2020, and deserves a place on the bookshelves of every parent.

"FIGHTS is somehow brutally raw, funny as hell, deeply sensitive and insightful in each panel. His approach to both composition and subject matter are fresh and engaging. Joel has been making crucial, honest work for years-- and his breakout has arrived."--Nate Powell, illustrator of March

"In a windswept ocean of graphic memoirs, Joel Christian Gill's FIGHTS stands tall. FIGHTS is essential not only for the guts it took to tell this life tale, not only for the unflinching candor and clarity of this often harrowing account of hard-scrabble suffering and survival, but because Joel cuts through the meat, the muscle, the tendons, and bone to reach the marrow. Choices—the choices we make, the choices we refuse to make—and the inevitable consequences are what FIGHTS is really about. It's the memoir we, as a people, as a nation, as a planet, need right now."
- Stephen R. Bissette, author of Swamp Thing; Taboo

“In “Fights”, Gill willingly taps into his vulnerabilities, reflects on his formative experiences, and skillfully translates them into a harrowing, yet hopeful read.” --Whitney Taylor, author of Definitions of Indefinable Things

Joel Christian Gill’s FIGHTS is an engaging and deeply personal coming-of-age story that breaks new ground in graphic memoir.  Through the eyes of his sympathetic young protagonist, Gill’s deceptively simply visual narrative explores issues of masculinity, race, friendship, violence, love and family, all with humor, honesty and a range of powerful emotions.  This book makes an important contribution to the culture, and it’s a page-turner as well.--Dan Mazur, co-author of Comics: A Global History

“FIGHTS is a much-needed look into the oft times fractured window of a young black boy's life. You may expect youthful stories celebrating memories of innocence and wonder, but when Joel waxes nostalgic, he recalls inconceivable tales of emotional, mental, physical trauma and battle fatigue fit for a war veteran, not a little kid. Author Joel Christian Gill is a SURVIVOR of childhood, and his voice must be heard. A can't-miss memoir.”-- Jamar Nicholas, illustrator of Fist Stick Knife Gun and creator of LEON:  Protector of the Playground