ComiXology, Amazon’s premier digital comics service, announces the original graphic novel Liebestrasse, an unforgettable LGBTQ love story set in Germany during the 1930’s. This riveting story about two men who fall in love in the shadow of rising fascism marks the graphic novel debut of writer and comic book editor Greg Lockard, with art by co-creator Tim Fish (Cavalcade of Boys), featuring coloring by Héctor Barros, lettering by Lucas Gattoni, and edited by Will Dennis. 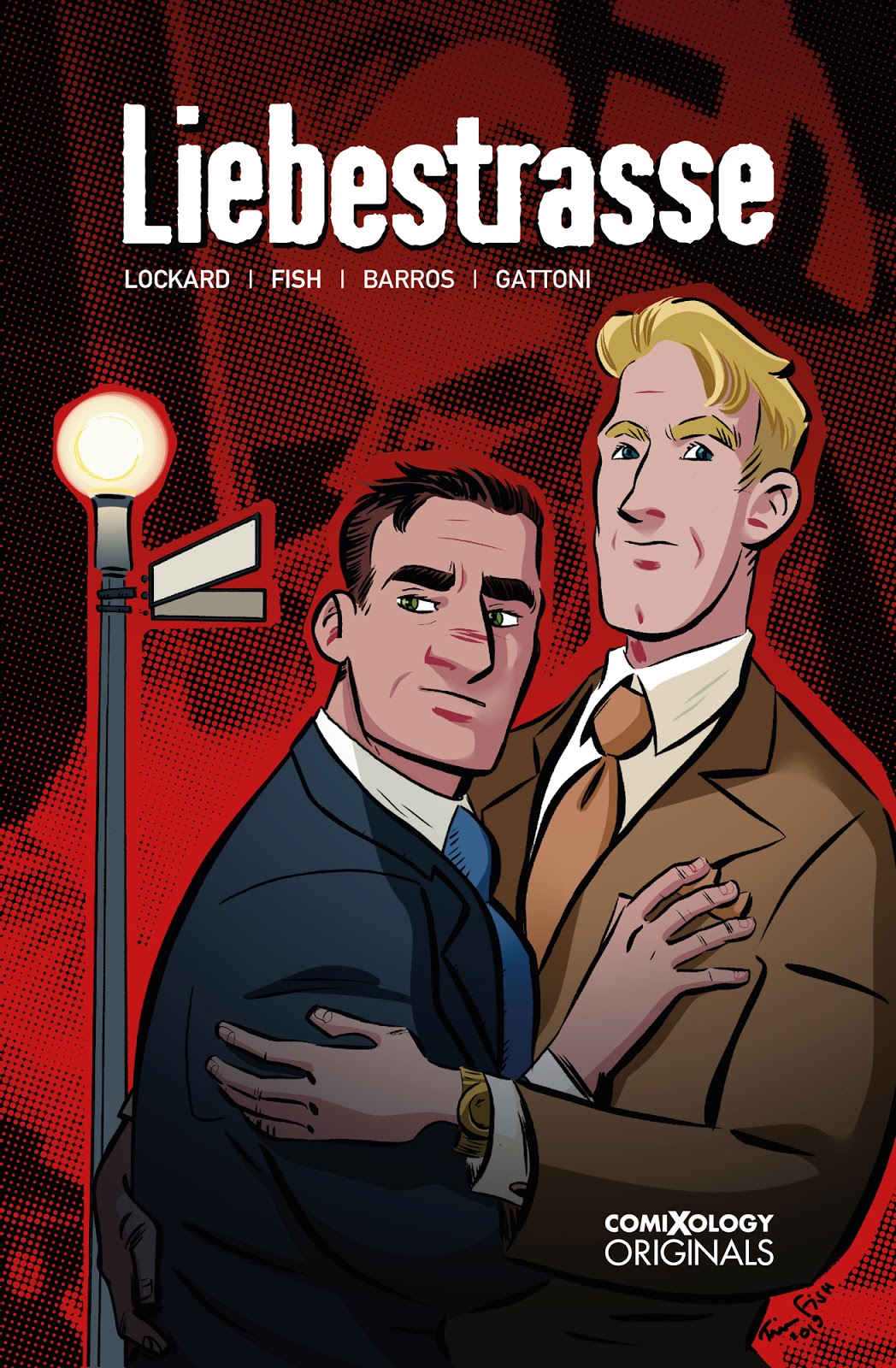 In Liebestrasse, Sam, an American banker, meets Philip, a German art critic, while living and working in Berlin. The freedom of the Weimar Republic is over as the Nazis win power and their sweet, bilingual romance is quickly hit with an unspeakable reality as Philip is arrested and disappears. Sam desperately searches for Philip with the help of Philip's sister and their friends. Eventually the political situation around Sam has deteriorated enough that he is forced to return to the United States. Terrorized by the things he saw, Sam eventually returns to Berlin for answers as the post-war reconstruction begins in 1952. But his survivor’s guilt and shattered heart have sent him on a fool’s errand, across a city, country and world that have been forever and horrifically altered. 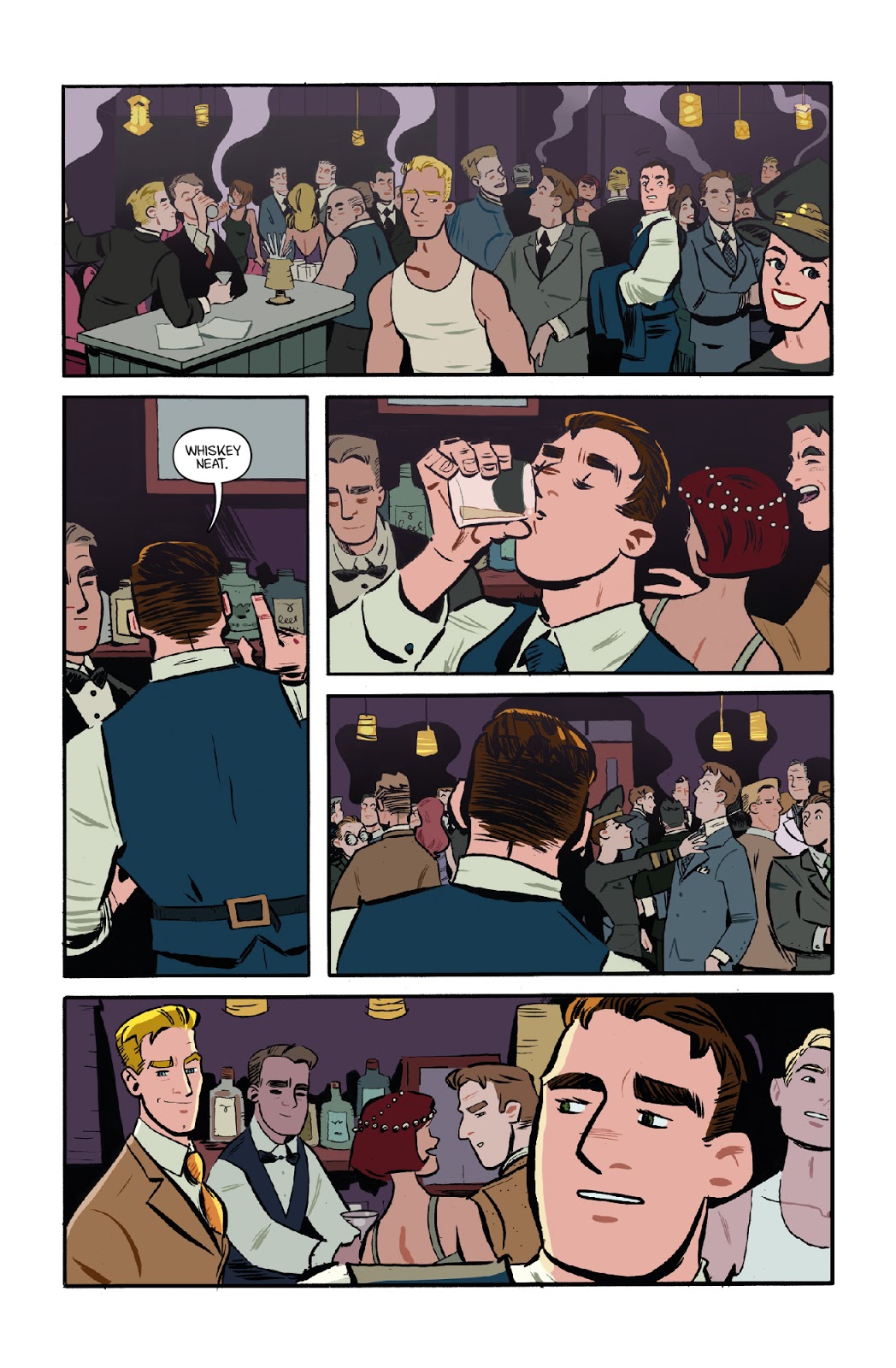 “There have been countless comics, books, films and television shows about Germany’s descent into fascism because it’s essential that these stories continue to be told,” said writer Greg Lockard.

“After touring the campsite at Auschwitz, I sat on a bench in the Planty Krakowskie outside the walled city of Krakow, in a surreal daze,” says artist Tim Fish. “To escape the horror I struggled to comprehend, my mind kept jumping back to the week prior while I visited the camp Theresienstadt. The Nazis had made a significant effort in maintaining the camp conditions and records in an effort to convince the Red Cross they were treating its inhabitants humanely. As a result, the camp museum contains dozens of biographies of its residents. While I was there, it became obvious to me who the gay men were. Instead of facts such as “had three children,” it said things such as “was active in the Berlin theatre.” Sitting in the Planty, I kept thinking of those men…how happy they were in a progressive and tolerant society, and how abruptly it ended. I drew several sketches of a couple, broken apart by the war…one German, sent to a camp, and one American, forced to flee Berlin.”

“Tim and I have been friends and collaborators for over 15 years and we co-created this graphic novel to shine a light on a troubling period of world history, from a perspective that will hopefully allow for new discussions and thinking,” said Lockard. “This is the story of two gay men in Nazi Germany, told by two gay comic creators living in America. We hope the story of Liebestrasse will resonate with readers everywhere.”

“Liebestrasse is an incredibly poignant love story wrapped in history that feels simultaneously of the past and the present,” says comiXology Head of Content, Chip Mosher. “Greg Lockard and Tim Fish deftly tell the story of a tumultuous time for the LGBTQ community in WWII Germany, and it is an honor to be able to bring this story to the world via comiXology Originals.” 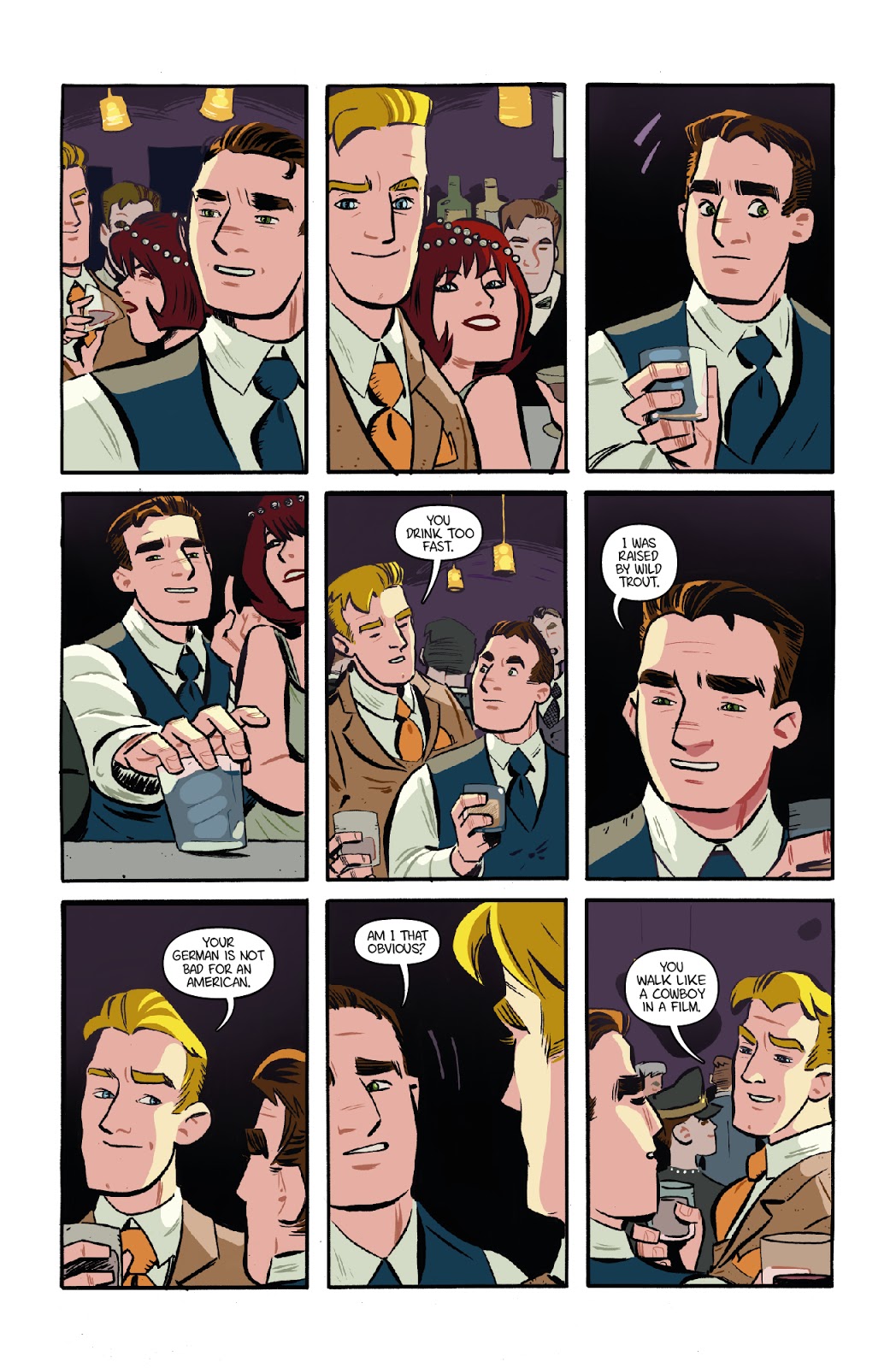 Liebestrasse came to the attention of comiXology Originals at last year’s Thought Bubble in Leeds, England, where it began as a 12-page historical LGBTQ romance which the creative team self-published as a mini-comic. Now, the entire graphic novel will be available as part of the comiXology Originals line of exclusive digital content on November 6th, timed to this year’s festival where comiXology is once again the lead sponsor. Greg Lockard, Tim Fish and Héctor Barros will be at Thought Bubble, the UK's largest comic art festival, taking place at the Harrogate Convention Centre November 9-10, 2019. 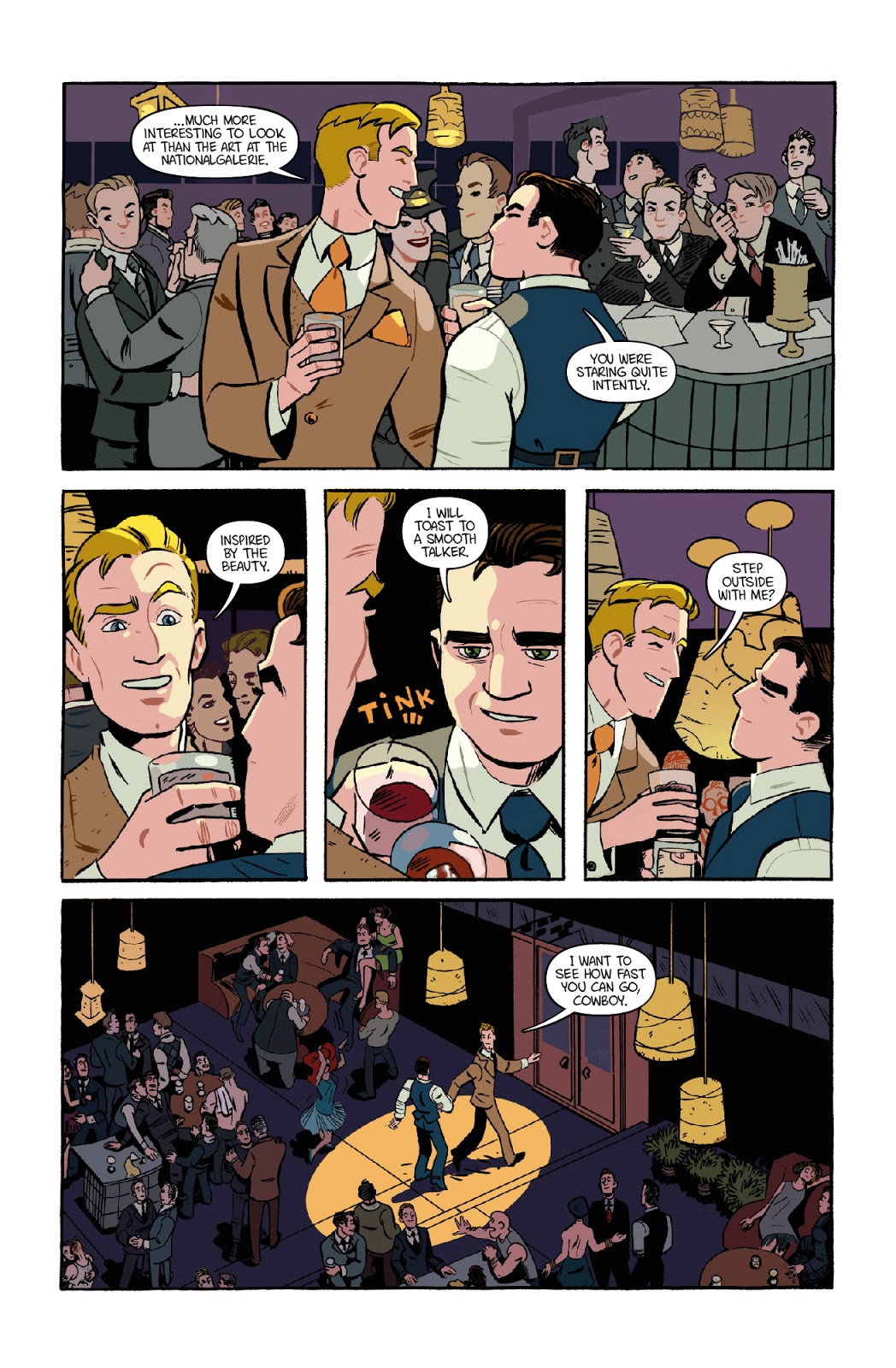